Mystery Woman
Tell us more for better jobs, advice
and connections
YOUR GROUPS
Discover and join groups with like-minded women who share your interests, profession, and lifestyle.
COMPANIES YOU FOLLOW
Get alerted when there are new employee reviews.
YOUR JOB ALERTS
Get notified when new jobs are posted.
Increase Visibility

5 Tweets That Perfectly Sum Up Misconceptions About Living With Disabilities

December 3 marks International Day of Persons with Disabilities, an international observance that the United Nations has been promoting since 1992.  According to the United Nations, the day "aims to promote the rights and well-being of persons with disabilities in all spheres of society and development, and to increase awareness of the situation of persons with disabilities in every aspect of political, social, economic and cultural life."

"Persons with disabilities, as both beneficiaries and agents of change, can fast-track the process towards inclusive and sustainable development and promote resilient society for all, including in the context of disaster risk reduction and humanitarian action, and urban development," the United Nations explains. "Governments, persons with disabilities and their representative organizations, academic institutions and the private sector need to work as a 'team' to achieve the Sustainable Development Goals (SDGs)."

About 56.7 million people, who account for 19 percent of the population, had a disability in 2010, with more than half of them reporting that their disability was severe, according to the U.S. Census Bureau. The numbers suggest that nearly one in five people are living with a disability.

People across the world living with disabilities have taken to Twitter today to share how their lives are impacted not just on this day that their disabilities are specifically recognized, but every day. Here are five misconceptions they have shared that they hope people will unlearn from increased visibility of people of all abilities. 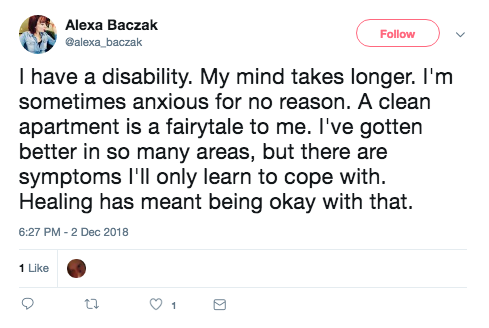 2. Having a disability doesn't mean you don't have and achieve dreams. 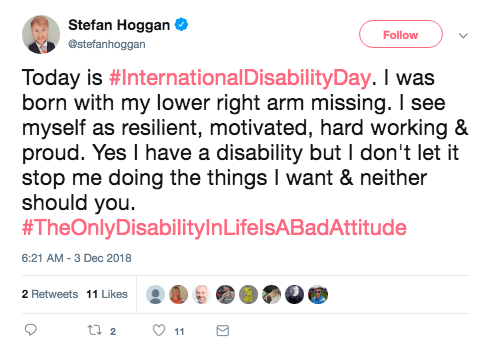 3. Some days are better than others, but hardships are still valid. 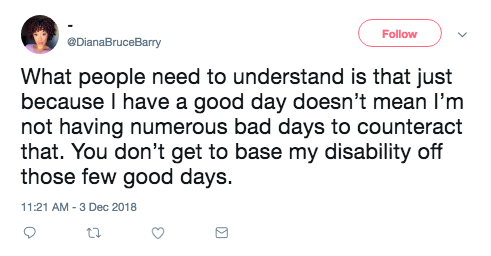 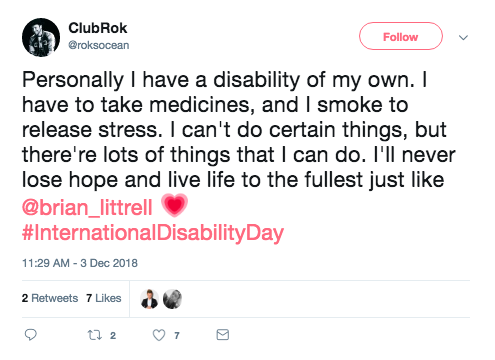 5. If you're going to advocate, practice what you preach. 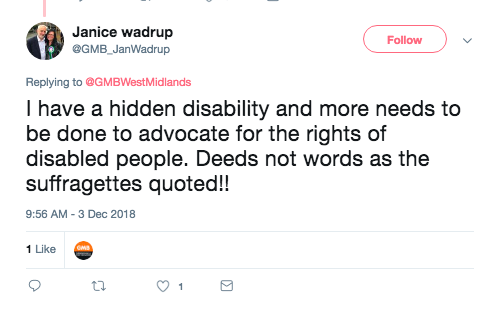