Mystery Woman
Tell us more for better jobs, advice
and connections
YOUR GROUPS
Discover and join groups with like-minded women who share your interests, profession, and lifestyle.
COMPANIES YOU FOLLOW
Get alerted when there are new employee reviews.
YOUR JOB ALERTS
Get notified when new jobs are posted.
You'll Want Tissues

Though photographer Sujata Setia of But Natural Photography got her start photographing families and children, she has since branched out to taking photos of older couples who are very much in love — and we're very much weeping over them.

Although newlyweds may seem to have all the fun, Setia's photo series, titled "Elderlies," proves that the honeymoon phase can extend for decades after the “I do." While photoshoots of engagements, births, weddings, and gender reveal parties typically center around younger couples, her series sheds light on romantic love between people who are often left out of conversations about romance. In a feature on Huffpost, she described her motivation for taking the sweet and incredibly poignant shots.

“Whichever country I visit, I make sure I photograph elderly couples there together and I cannot express how fulfilling this has been for me,” she said. “The stories I hear of their lives together... and the pure and honest love that I witness in the course of these shoots is just beyond amazing.”

We couldn't agree more. Below are seven of her heartwarming photos that added a much needed sentimental streak to our week; but be warned, you may want to acquire some tissues before you scroll.

1. Taking time to smell the flowers

2. Getting cute and cuddly 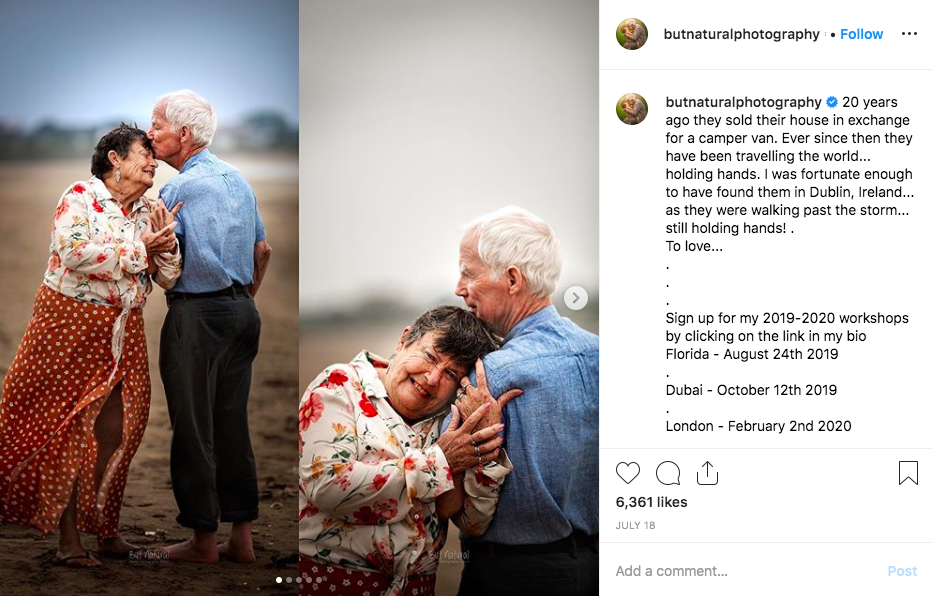 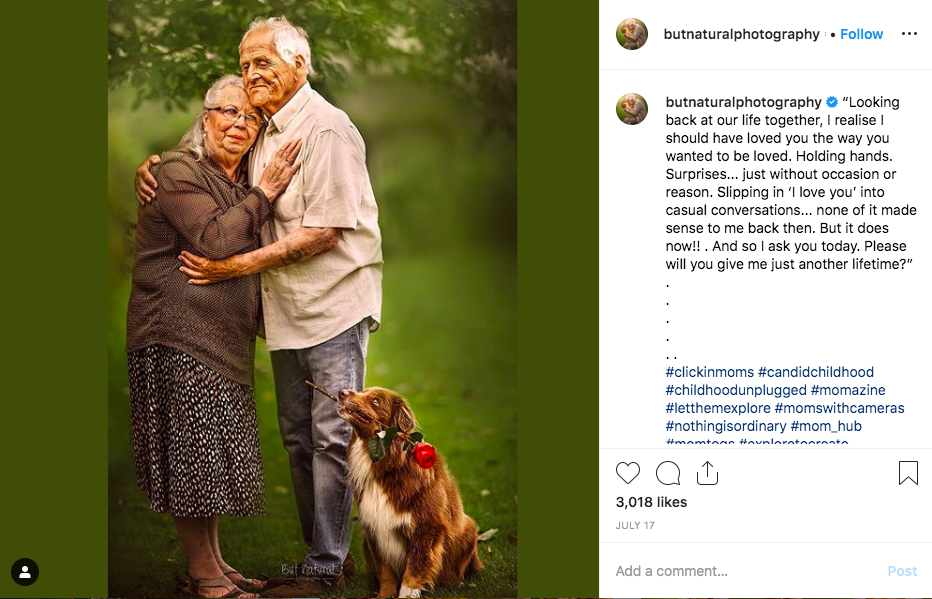 4. Reaching out with a smile

5. Having a hand to hold 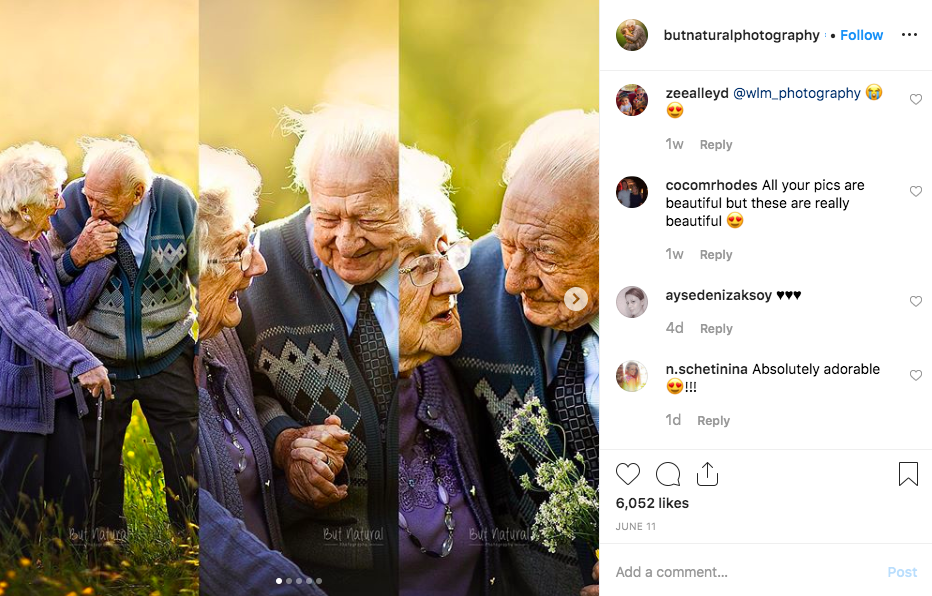 6. Gazing into each other's eyes 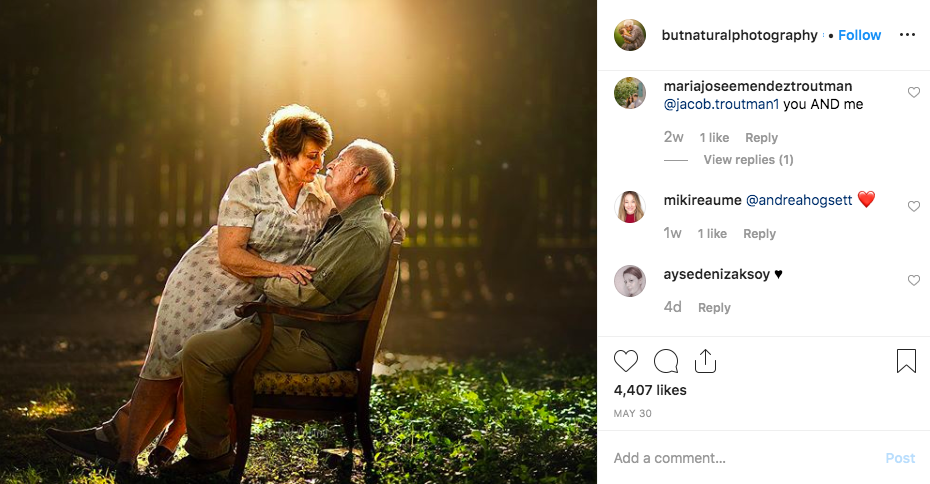 7. Lit up from within 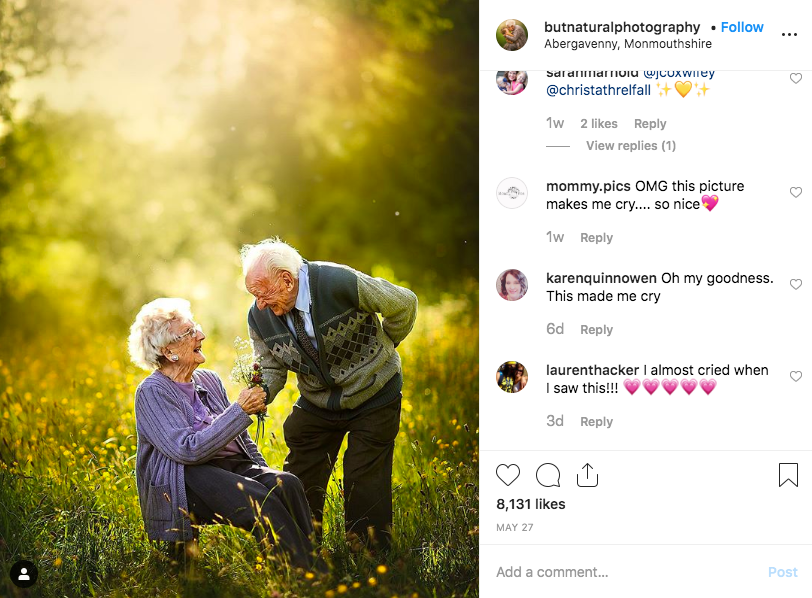 Kayla Heisler is an essayist and Pushcart Prize-nominated poet. She is an MFA candidate at Columbia University, and her work appears in New York's Best Emerging Poets 2017 anthology.