After Researching ‘Power Couples’ For Years, This Professor Doesn’t Believe In Them — Here’s Why

Jennifer Petriglieri isn’t a fan of the term “power couple.”

An associate professor who specializes in management and leadership, Petriglieri has spent the past six years studying more than 100 dual-career couples from around the world, many of whom would likely earn power couple status on today’s internet. In these dynamics, both partners are equally ambitious about their professional and personal goals; several of the couples Petriglieri studied sat at the top of their respective fields. And yet, to hear any of them described as a “power pairing” is a turn of phrase she balks at.

“I think when people hear that term, they imagine a couple that has everything sorted out, which just does not exist,” she said. “What I found in my research is that there’s really no such thing as power couples — there are couples that work and couples that don’t work so well. And the question is really not how can you be a power couple, but how can you be a couple that works?”

That was the quandary she set out to address in “Couples That Work,” her book published this fall that outlines the patterns that statistically set ambitious partners up for success, across multiple iterations of their relationship and careers. Petriglieri’s research suggests that, contrary to the vacuums we tend to place work and love in, the dynamic we have with a romantic partner can actually be one of the greatest determiners of our professional success odds. And yet, this reality is reflected in few of our cultural conversations today. 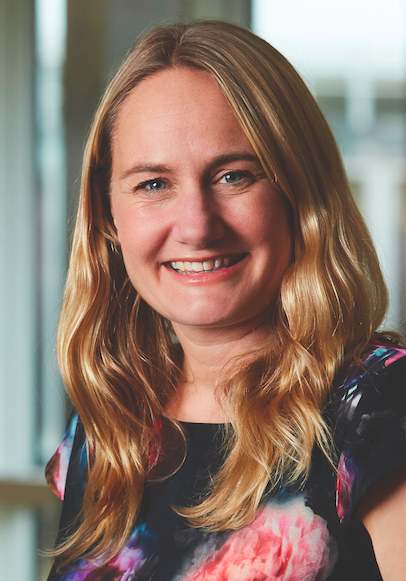 Jennifer Petriglieri, author of "Couples That Work: How Dual-Career Couples Can Thrive In Love And Work"

“The career advice we have today acts as if you are a standalone agent with no strings attached, but there’s nothing at the intersection of managing two careers and a relationship over a lifetime — meaning we have no language or framework for talking about it,” she said. “We also tend to think of relationships in a sense of: ‘Oh they’re great, but they constrain you.’ That’s not my experience, and it’s not the experience of people I’ve researched who have a good relationship."

"We know from all kinds of research that relationships are how we grow and develop and take risks.”

She pointed to her own 16-year relationship, with fellow associate professor and author Gianpiero Petriglieri, as proof.

“I think he’s just allowed me to dream bigger, knowing that I have the security of our relationship underneath it,” she said. “It’s like having a safety net and a kick up the ass at the same time. I know he’s going to catch me, and he’s also like, ‘Get out there and do it.’ So on the one hand, I feel really secure, and at the same time I feel challenged and pushed to do things that I probably honestly wouldn’t do on my own. And I do the same for him.”

It wasn’t by accident that Petriglieri and her partner arrived at this kind of dynamic. Choosing to have intentional, explicit conversations about what they each wanted from life and love — and having those conversations at regular intervals — has been crucial. It’s a habit they started just one month into their relationship, when they decided to draw up a contract around a set of goals they had, as individuals and as a pair. And it’s an exercise that can be applied to all manner of relationships.

“I think what people don’t realize is that every relationship has a contract."

"Whenever you have a close relationship — whether it’s cofounders, siblings, a parent and child or a boss and subordinate — there’s always a contract there," she continued. "The question is: is that contract explicit? Have we talked about it and agreed to it, or have we fallen into a pattern of relating to each other? I think we can all think of the relationships where we’ve fallen into a pattern of relating — which is the contract of how we act with each other — and we’re not that happy with it. There’s something that’s not quite right."

As Petriglieri found in her research, for fellow dual-career couples who’ve forged a strong bedrock out of their relationship, their contracts are always explicit. And they're shaped by a few key questions.

The 3 Questions In Strong Couple's Contracts

1. What do we really want from this relationship?

When writing this portion of a contract, Petriglieri encourages asking and discussing supporting questions like: What do I want from my career? How can you support me in that? What kind of couple do we want to be? What do we want our relationship to be about and what are some of our goals, including financial and family ones?

“It’s really important to be explicit about these, because whether we’re explicit or not, they’re still the yardsticks by which we measure our lives,” she said. “Often I’ll talk to women in their 30s and they’ll say to me, ‘You know, I got out of college and I just started chasing, chasing, chasing. Now I’ve woken up, and I’m not sure how I got here or if it’s where I want to be.”

The same thing can happen in a relationship that relies on implicit rather than explicit contracts, she added.

2. What are our boundaries?

This extends beyond the traditional concept of boundaries — namely, which interpersonal lines you aren’t OK with your partner crossing — to encompass professional ones, too. As Petriglieri put it, it’s about “defining what field you’re playing on.” And knowing your field can prove monumental when making big decisions down the road.

Petriglieri stressed that it’s incredibly important to draw those kinds of boundaries — and to ensure that your partner is in on them —  to help guard ourselves against the myth that more is always better.

“It’s really important to restrict our choices, because I think especially in the U.S. and in the U.K., we’re taught that more choices is better," she said. "But the research actually shows the exact opposite. The more choices we have, the harder it is to choose, and the more likely we are to regret our choices… we don't want to close any doors. But having boundaries makes life a lot easier.”

And when you wind up somewhere you don’t really want to be, she added, it’s often the result of having said “yes” to too many things.

3. What are we worried about?

The final phase of the contract is one Petriglieri has seen some couples struggle with approaching. But creating transparency around this topic is so crucial.

“This is about sharing what we’re afraid of happening in our relationship and in our lives together,” she said. “Very often, we know what we’re worried about and we assume our partner knows, but that’s rarely the case. By being open about your fears, you can manage those boundaries really sensitively as a couple, because you’re aware of them.”

And while it may sound like an inherently negative or uncomfortable conversation to have, in practice, Petriglieri has found the opposite to be true.

“I think in our society, we’re less used to having these conversations, but my experience with couples is that they’re actually very happy to have them,” she said. “Who doesn’t want to talk about what’s important in their lives? It’s a conversation we all crave; we’re just not used to having it.”

By voicing these questions and arriving at an explicit, living contract — one that will be revisited and revised as necessary throughout a relationship’s course — the couples Petriglieri studied were likelier to find personal and professional fulfillment.

"It’s really about having these explicit conversations and not just having them once, but developing the habit in your relationships — whether it’s a work or a love relationship — of 'this is what we talk about,'" she said.  "It isn't agreeing to a set list of things and then never saying no. It's about the start of a conversation."

3 Comments
Browse recent articles
The Dirty Dozen: The Worst Things You Can Put On a Resume In 2022
Don’t Be Afraid to Live, Dream and Pivot Your Career, According to a Senior People Business Partner
3 Reasons To Ask For a Promotion Prior to Labor Day — And How to Go About Doing So
Introducing Our New Head of Recruitment Marketing and Customer Success — Gabi Carachilo!
How Embracing Challenges Leads to a Dynamic Journey With Multiple Careers
Considering a Career Change? Use This 3 Step Guide to Make Sure You're Ready
See more
Achieve your career goals.
Be part of the largest online career community for women to find jobs, advice, and support — for free.