There’s nothing worse than the feeling of having an idea you’re excited about at work — only to have bureaucratic red tape stand in the way of you actually implementing it.

This frequently comes up in larger workplaces and corporations, especially, causing a lot of people who crave agency to veer away from corporate environments. But at Siemens Digital Industries Software, Marianne Stokes hasn’t had that problem, despite her company’s size and stature.

In the eight years she’s spent at Siemens, Stokes, today a Marketing Director, has had ample opportunity to give voice to new ideas she’s had and opportunities for improvement she’s seen. Far from falling on deaf ears, she says her ideas have always been taken seriously and given the space and resources to grow.

“If you’re outspoken and persistent, you will have an impact,” Stokes shared, adding that “if you ask to do a project you’re really interested in here, people will generally allow you to do it.”

She sees this as a hallmark of having landed at the right company — that finding your best fit means being extended trust, support and resources. Certainly, she’s found all three at Siemens.

Recently, Stokes spoke to Fairygodboss about the path that brought her to Siemens (it involves a start in mechanical engineering as well as an MBA), a favorite campaign she recently worked on (it involves cats!), and her No. 1 piece of advice to women seeking their next career opportunity.

How long have you been in your current role, and what were you doing previously?

I am now at Siemens, where I have my fingers in a lot of marketing pots, most recently in the hottest segment of the market called SMB (small-to-medium size businesses). I began my career as a mechanical engineer at Lockheed before going back to the University of Michigan to get my MBA. From there, I worked for my marketing professors while in business school and then again at their marketing consulting startup. After that, I was a marketing manager at the world’s largest robotics manufacturer, had another stint at a startup and finally landed at Siemens, where I’ve been the last eight years. 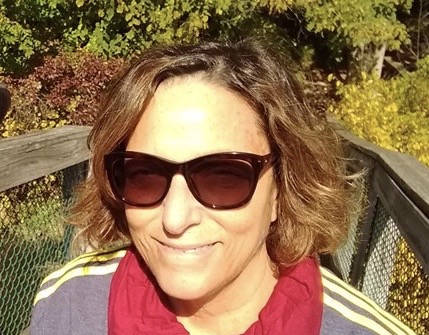 What’s the first and last thing you do at work every day?

What’s the most unique or interesting aspect of your job or company?

If you’re outspoken and persistent, you will have an impact. An example would be that ever since I arrived at Siemens, I have been very persistent on the point that for whatever we try, we need to be able to measure its impact. It seems like a simple thing, but it can be really hard to execute at a large company. The environment is nimble and receptive at Siemens, though, and we have made a lot of headway on this already.

What’s something you think most people (perhaps even current employees) don’t know about your company that you think they should?

If you ask to do a project you’re really interested in here, people will generally allow you to do it.

An example would be where I recently raised my hand when the topic came up of honing in on our small- and medium-sized business customers and prospects. I’ve had a lot of experience marketing to these businesses, and when the discussions began I was right there raising my hand and wanted in.

What’s something you’re especially good at at work?

Getting things done quickly, keeping many projects on schedule and measuring results.

What about outside of work?

What are you trying to improve on?

I’m seeking out ways of learning from the latest marketing practices in B2C and adapting these practices to B2B.

It’s important to realize that it’s not really a company that has a challenge — it’s a group of people who are challenged. Once you realize this, looking at ways to reach your intended audience can be very easy. For example, did you know that nearly 80% of all content on the web is video? Of course, this is much further ahead in B2C than it is in B2B, but we are not far behind. Using short video clips as a way to grab someone’s attention on a timely topic or challenge goes a long way in building a rapport with a team.

This isn’t so much a mistake, but I really loved the campaign we did where we added cat pictures on every piece! Some liked it, some did not, but the numbers spoke for themselves…

What’s the one career move you’ve made that you’re most proud of?

Moving from engineering to marketing after pursuing an MBA.

What are you currently reading/watching/listening to?

What’s your No. 1 piece of advice for women who are looking for jobs right now?

You often can create your own projects once you get into a company that’s right for you.

Who is/was the most influential person in your life and why?

My husband is the most influential person, as he is the one who calms me down.

What’s the most memorable piece of career advice you’ve received?

What was the best quality of the best boss you’ve ever had?

Always strives to be on the cusp – trying new things, learning, adapting and trying again.

Fairygodboss is proud to partner with Siemens Digital Industries Software. Find a job there today!

0 Comments
Browse recent articles
‘It Is Truly the Best Job in the World’ — Why This Working Mom Loves Her Compassionate Company
How Northwestern Mutual Helps Me Succeed as a Working Mom
Here Are 3 Things to Do If Your Coworker Repeatedly Ignores Your Slack Messages
Authentic Leadership: Lessons Learned at X
How to Deal With a New Boss and Navigate Changing Leadership
You Don’t Need to Be Loud to Succeed! How I’ve Grown in STEM By Cultivating a Thoughtful Presence
See more
Achieve your career goals.
Be part of the largest online career community for women to find jobs, advice, and support — for free.