There’s no question that the Coronavirus Crisis has placed us all in uncharted territory. While we grapple with major disruption, we still have a job to do, and many of us still have hiring targets to meet.

With many companies requiring remote working, recruiters must now rely solely on video conferencing platforms like Zoom, Google Hangouts and Skype to conduct interviews and keep their pipelines filled. So with online interviews the new norm for the foreseeable future, it’s critical that recruiters remain steadfast in their commitment against gender biases.

What is unconscious bias in recruitment? It refers to the preconceived social stereotypes that individuals have about certain groups of people; these stereotypes from outside their conscious awareness.

As one example, employers tend to favor men because they have the inherent perception that men are generally more likely to perform better specific tasks, according to the research paper, When Gender Discrimination Is Not About Gender.

Whether or not it's conscious, gender biases plague hiring decisions across all industries. And, if left unchecked, they perpetuate sexism in the workplace by keeping women from specific roles and male-dominated fields. We can’t let this downturn reverse our progress toward increased diversity in the workplace.

There is some concern that increased distancing could result in even greater bias -- because we’re relying more on things like resumes and less on things like presence. And we just can’t let that happen.

The good news is that there are more established practices and tools to combat bias in hiring. Here are three steps recruiters can take to help remove any gender bias specifically while interviewing candidates remotely.

Many tools and practices - including AI - can be programmed to ignore certain demographic information about candidates, including their gender, race, age and other factors that you may unconsciously discriminate against.

A recent study conducted by the Harvard Business Review also found that in order to reduce gender bias, recruiters should anonymize job applications. The study found that anonymizing details about the applicant (ie: the candidate’s name), especially in early recruitment stages, can lead to the selection of more candidates from underrepresented groups, including women.

Another study by the Harvard Business Review revealed that having the same social identity can impact hiring choices, which is why women are more likely to hire more women, and men are more likely to hire more men. Therefore just as in live interviews, you should create diverse hiring panels and committees. Make sure their feedback is equally weighted, and that in debriefs about candidates you ask the question, “is there any bias in our assessment here?”

3. Get proactive about communicating your commitment to diversity.

In this new world, online impressions matter far more than ever. Therefore, it’s time to take inventory of the virtual messages your company communicates - whether intentional or subliminal. Does your career page highlight diverse workers? Do you tell stories about inclusion and authenticity?

In our findings at Fairygodboss, we’ve found that role model stories are the number one influencer for female candidates. Female jobseekers derive confidence and inspiration from stories of other female employees who thrive at a potential employer.  Here’s one example of a woman Fairygodboss featured from American Airlines who shared tips on how to balance work and life. 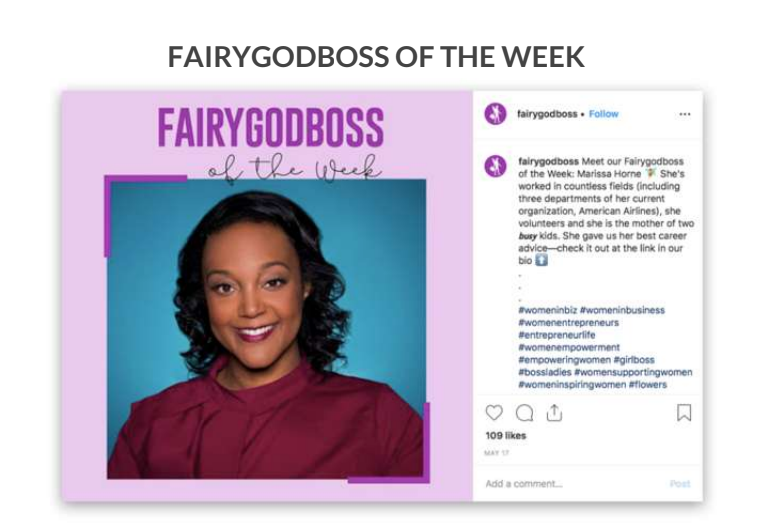 The more you can share authentic stories about the experiences of women at your company, the better you will communicate a sense of support and inclusivity - especially during these strange times.

It's important to remember that companies that are gender diverse outperform and out-innovate their competitors, even when times are tough. In fact, a recent study by Great Place to Work, the global experts on workplace culture, discovered that “publicly traded companies with highly inclusive workplaces thrived before, during, and after the Great Recession, and gained a 4x larger stock return than the S&P 500.”

Specifically, companies whose under-represented groups reported good work experiences drove a 14.4% increase in stock price during the 2007-2009 recession — at a time when the S&P 500 suffered a 35.5% decline.

The bottom line is this: If your company is focused on gender diversity and making real efforts to remove gender bias from their hiring process, your business will do better.

As soon as period of unrest is over, companies will be grateful that diversity efforts don’t become the victim of this already difficult situation.

To increase gender diversity in your workplace, check out the latest report from Fairygodboss, How to Attract Qualified Female Candidates Through Your Employer Brand, for tips to connect with experienced and diverse female job seekers.

Start a Post
Share your thoughts (even anonymously)...
Personalize your jobs
Get recommendations for recent and relevant jobs.
Employer Reviews
Patron Technology
3.7
There used to be a strong culture of women in leadership,...
Walmart
2.8
Keep an eye out for creepy customers, bosses, and coworkers...
Sysco
3.9
The work/life balance is reasonable and pay is acceptable....
ADP
4.4
Overall, adp is a great company. Hard to balance work and...
Banfield Pet Hospital
4.4
They will work you to death. They keep staff expense as...
Recent Content
Answer This Question in the First 30 Secs of a Video Call to Instantly Capture Everyone's Attention
https://fairygodboss.com/...
I’m an Executive — These are the 3 Lies Senior Management Tells Employees All the Time
https://fairygodboss.com/...
This Director's 8 Leadership Principles are a Must-Read If You Want to Balance Empathy & Results
https://fairygodboss.com/...