“When you're looking for a job, you need to have the 'it' factor.”

That’s according to Jackie Ghedine, a career coach for Gen X women.

But what, exactly, is that “it” factor?

When you’re going on interviews, like it or not, the hard, technical skills and know-how simply aren’t enough. They might get you in the door, but the soft skills — critical thinking, strong communication, problem-solving and so on — that will push you over the top and make you stand out among other qualified candidates.

“When I ran a media company, I was interviewing people all the time,” Ghedine said. “I remember 'them,' the candidates I had to have. I wasn't settling. I wasn't making an offer out of interview fatigue. I had to have them. You see, when that happened, there was a tremendous shift in power, away from the organization and in favor of the candidate.”

Now that Ghedine is a career coach, she’s helping others attain that critical quality — the thing that will make them sought-after in the job world.

“It is the way they show up, self-assured and engaged,” she explained. “It is how they articulate their skills and separate themselves from the pack of candidates. It is the conviction in which they know, without a doubt, they'll impact my bottom line. It is likeability, an approachableness, an ease.”

While there is no one right or wrong definition of what makes an exemplary candidate, these are certainly words that will serve you well as you head into interviews. You can practice being confident and self-assured. Even if you don’t feel those qualities now, you can fake it 'til you make it.

“There is no reason to keep foundering through interviews, hoping to be picked by a boy to dance,” Ghedine said. “YOU are magnificent. You get to choose who to dance with.” 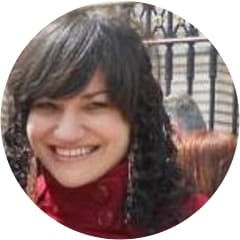 4 Comments
Browse recent articles
Working Remotely Is Hard Enough Without Adding a Bad Boss Into the Mix — Here Are 8 Ways to Deal
What Are Women Executives Looking for in Their Workplace?
The Importance of Feedback, Curiosity, and Confidence — Advice From an Engineering Manager
Challenging Myself While Nurturing My Network: How to Make a Successful Career Pivot
Soft Skills: What They Are and How to Make the Most of Them In Your Job Search
How I Rewrote My Career Trajectory After a 'Demoralizing' Demotion — And How You Can, Too
See more
Achieve your career goals.
Be part of the largest online career community for women to find jobs, advice, and support — for free.