Pictured above: Amanda, a financial consultant at Fidelity. Photos courtesy of Fidelity

Pictured above: Amanda, a financial consultant at Fidelity. Photos courtesy of Fidelity

Working in finance — a male-dominated field notorious for its demanding, somewhat inflexible hours — might not be the most expected career path for moms who are keen on finding a good work-life balance. Amanda discovered just that when she began working in financial planning right out of college. “There were long hours, it was very stressful, and there was lots of cold calling,” she told Fairygodboss during a recent conversation.

She hoped to put her time in early on so she could get to the point where she’d have greater control over her own schedule — but pretty quickly decided that the career path and role she’d chosen wasn’t the right fit for her.  “I wasn’t getting the creative element I was looking for in being a financial advisor — in building relationships with clients,” she explained.

So Amanda shifted gears, working for five years at an insurance company, and then decided to revisit a career path back into financial planning. “I did a lot of research and looked for a company that I felt had great brand awareness, was very reputable and had great benefits. That’s when I found Fidelity,” she said.

“I wish I’d known about [Fidelity] sooner,” she added. “With my first experience working as an advisor, I thought I’d made the wrong choice.” Now, though, having spent the past six years at Fidelity — and having two kids within those six years — Amanda couldn’t be happier about her decision to return to a career as a financial consultant. “Now I work more one-on-one with clients, helping them make the transition into retirement [and helping them devise] retirement plans,” she said, emphasizing how glad she is that she’s found a role that allows her to connect more directly with her clients, build those all-important relationships and integrate more creativity into building financial plans to help them reach the goals they have for their future.

Moreover, while balancing work and family life may never be the easiest thing in the world (Amanda refers to it as “organized chaos”), Fidelity is doing a whole lot of incredible things to not only make it easier, but also to complement the work that goes into mothering.

During Amanda’s time at the firm, her managers, some of whom have kids of their own, have regularly checked in with her while she’s been out on maternity leave and have welcomed her choice to take advantage of Fidelity’s flexible policies, including the ability to work from home and adjust her hours. Amanda currently works remotely one day each week, and while she was initially nervous that this schedule would negatively impact her productivity, she recalls being connected with mentors at work to help encourage her as she made the transition.

“I had mentorship calls with a couple of women who took advantage [of this kind of flexible schedule] and they shared how they structured their time in and out of the office. I got some really great ideas; what was critical was having those conversations with other women to best craft how I was going to use [the extra day each week],” Amanda said, emphasizing how grateful she is to have had informal mentors at work. She added that her decision to work in the office four days per week actually gave her a boost in business; it forced her to more effectively structure her days and be more cognizant of her time.

In fact, Amanda has noticed that the skills she’s gained in her particular role as a financial advisor — a role in which she’s constantly helping clients lay out their goals and plan for their future — have helped her tremendously as she’s become a mom. “I’m a planner at heart; at my job I love being able to help people think through their short and long term goals and create a road map to achieve those goals, and obviously that translates into my own personal finances, whether I’m keeping everything in check with our family budget or organizing for the kids,” she explained.

Just as Amanda is helping her clients with their retirement plans, Fidelity is doing its part to help employees with their own financial plans. The company offers student loan assistance (up to $10,000 for eligible employees) as well as a generous retirement savings policy — not to mention a healthcare flexible spending account and HSA-compatible flexible spending account that allows employees to set aside money on a pretax basis to reimburse themselves for certain health care expenses.

Like Amanda, Jennie — who’s been working at Fidelity for just about a decade — feels fortunate to have a job where she’s felt well-supported as her family has grown. She said she’s always loved her job and had never doubted that she’d return to work after having a child. “After I had [my daughter],” Jennie admitted that decision “was a little bit more challenging. [But] it’s been amazing, especially here at Fidelity.” Coincidentally, the month after she discovered she was pregnant, Fidelity expanded its maternity leave policy from six paid weeks to 16 paid weeks (in addition, all employees can enjoy 26 PTO [paid time off] days each year). 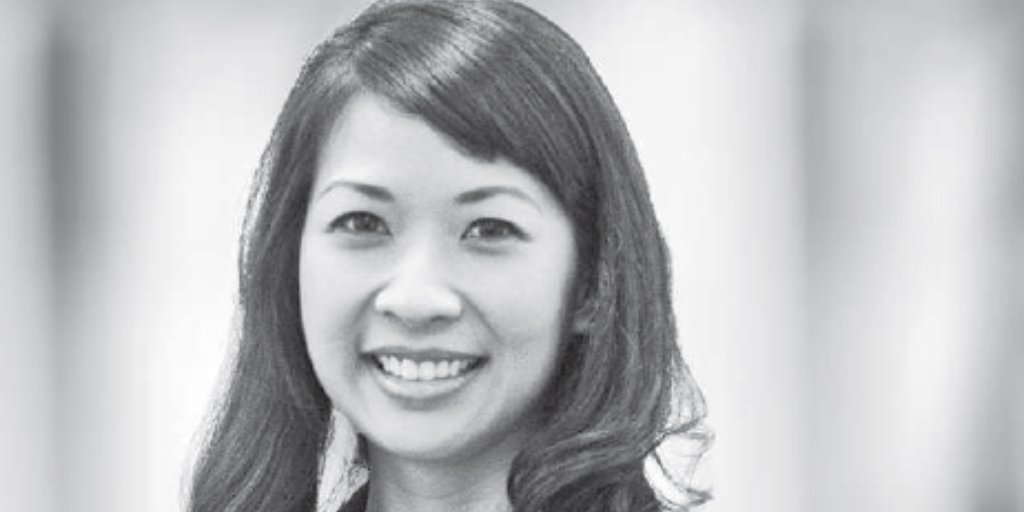 Jennie says working with a diverse group of clients at Fidelity has helped her approach her role as a parent.

“Knowing that I had time to recover and bond with [my daughter] made it easier [to decide to come back to work].” And while she was nervous about the post-maternity leave transition, “everybody was so supportive,” Jennie recalled. “I felt comfortable taking the full four months off. I did feel guilty that I was leaving my clients for a certain period of time, but a colleague stepped in and was receptive to my clients, so I knew they would be in good hands.”

Jennie adds that working with such a diverse group of clients at Fidelity — and helping to guide them with a variety of needs and plans — has played a huge role in how she approaches her role as a parent. “I work with a lot of different personalities. That’s helped me adjust to how I’m a mother — knowing what to say and what to do when my daughter is reacting to situations, whether that be moments of confusion, or happiness,” she explained. “It helps me tailor how I manage different reactions and situations as a mom, because of my experience managing the varying personalities I’ve worked with in my role.”

Chelse, another financial consultant at Fidelity, also feels that balancing her job and mothering has ultimately honed her skills both in the workplace and at home. “As a working parent, you have to be efficient to get your work done,” she said, emphasizing that the time-management skills she utilizes at work complement her approach to parenting. Chelse explains that at work, she’s constantly triaging questions, planning, and figuring out the most efficient way to find solutions and accomplish tasks — and she believes honing these abilities has also made her a better mom. 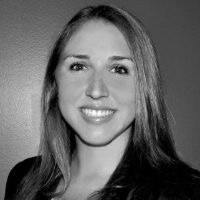 Chelse, a financial consultant at Fidelity

She adds that Fidelity did a lot to support her when she became a mother. She took advantage of the company’s policy that allows moms to break up maternity leave into chunks; she took three months after her son was born so that she could come back to work and use the remaining month later on. “I decided to come back for a couple of reasons,” she explained. “I enjoy my job and what I do. It made financial sense because I’m the breadwinner in my family, but it also made mental sense for me. I’m a big believer in working moms, and I’m surrounded by them.”

For working moms who worry about missing out on events and milestones when their kids are young, Chelse has some excellent advice: “I think that if you work, you will cherish more of the time you have [with your kids] and appreciate it more. Make a point to be there for the things that are important. Moms really do make great employees.”

Susan, a financial consultant who’s worked at Fidelity for nine years, can also attest to the fact that moms excel in the workplace. “Before I left [to take maternity leave], I would say I was good at my job — a little bit above average,” she told Fairygodboss. “When I got back to work I became great at the job,” she said, adding that she’s won a couple of prestigious awards for her achievements. 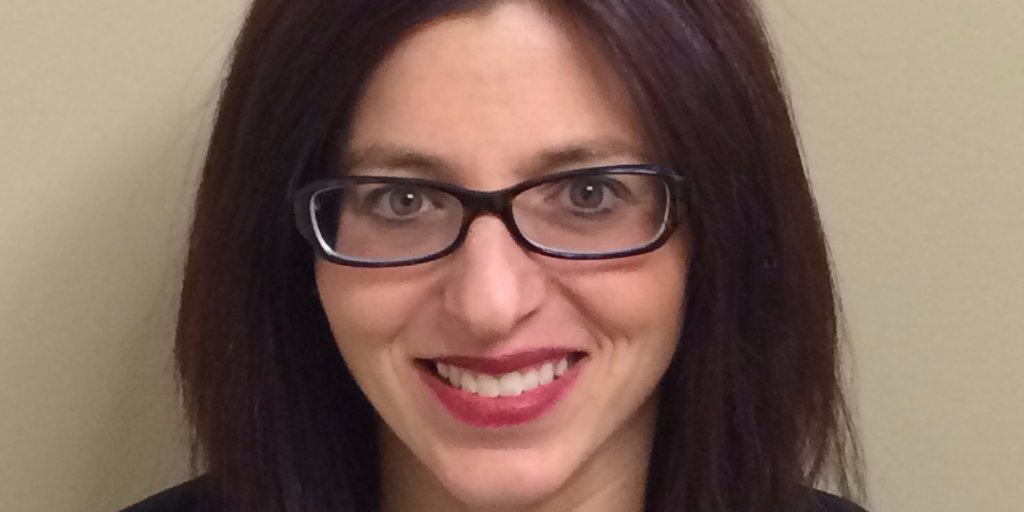 Susan, a financial consultant at Fidelity, says that she's become "more efficient and more effective" at work since becoming a mom.

How did she manage to accomplish even more at work when she became a mom? “What I ultimately realized was I had eight hours in the day,” she explained. “I had to leave at 5 p.m., and I’d never left at 5 in my old career. I became more efficient and more effective.”

Susan added that valuing her time as a precious commodity has helped her learn to say no — both in the workplace and in her personal life — so that she’s able to maximize her efficiency in the office and prioritize her family. In addition, she says, it helps that she has “the most gracious, supportive, sincere, and genuine boss” at Fidelity; the fact that he trusts her to do what’s right for her and her family has made all the difference.

She also emphasized that most people probably need a reality check when it comes to the idea of “work-life balance.” “People always talk about work-life balance as if it’s this state of euphoria you can achieve on a daily basis when everything goes right. I think work-life balance is more of a monthly or long term thing.

Indeed, finding balance is no easy feat — but Fidelity’s culture and policies make it a whole lot easier. It’s not every company that offers such an array of perks; whether you’re looking for a concierge service that will help you delegate tasks on your personal to-do list, or you could benefit from having a confidential service (available 24 hours a day) to help you manage personal career or family issues, Fidelity’s got you covered.

One Fairygodboss user explains how Fidelity helps provide for this balance; she says it’s “an environment that rewards hard work and success. But if you also focus more on your life outside of work, it's a great place for that as well. It is a well-established company that understands employees are mature, have families and outside lives.”

Fairygodboss is proud to partner with Fidelity. Find a job there today!

Browse recent articles
How Women of Color Can Stand Up Against the Unpaid Workload
5 Ways to Protect Your Mental Health During a Stressful Job Search
Seeking to Improve Your Work-Life Balance? Practice These 6 Simple Steps
Ensuring That AI Improves the World for Everyone: From an Engineering Lead and Mother
4 Better Ways to Answer the Question “What Do You Do?” When Networking
3 Clear-Cut Benefits to Incorporating a Flexible Work Schedule in the Office
See more
Achieve your career goals.
Be part of the largest online career community for women to find jobs, advice, and support — for free.