People Think This is The Worst Quality a Coworker Can Have

Some of our coworkers can end up becoming our very best friends in the world. After all, you see these people more than your any of your friends and family for the most part and even if you aren’t physically with them, you may be in communication constantly. So if you get along with them, it makes for a pretty pleasant work experience. But then what if you don’t get along with them? A bad coworker can really be the worst (watch Corporate to get a sense.)

Comparably wanted to look into specifically what makes a coworker the absolute worst. They surveyed more than 20,000 employees at small, mid-size, and large public and private companies, between November 2017 and November 2018 and asked them questions including:

So what is the worst quality a coworker could have? It was “negative personality” for the win at 28% followed by “poor work ethic” and “entitled.” Take a look at the results in the chart below.

Interestingly men and women had the same attitude when it came to bad coworker qualities.

Generation Z is the least tolerant of their coworkers’ political views

As for who was upset enough to quit because of a coworker’s personality it seems Gen Z’ers (ages 18 to 25) really can’t cut it if everyone isn’t a team player. Thirty-eight percent of them said they work with someone who makes them want to quit their job. This generation was also the most affected by the political views of their coworker (35%) followed by Millennials (27%.) Their older colleagues (51 to 55-year-olds) were the least affected by a coworker’s personality as only 34% said they would quit.

Respondents in California and Florida least tolerant of their coworkers’ political views. Check out how other cities measured up below. 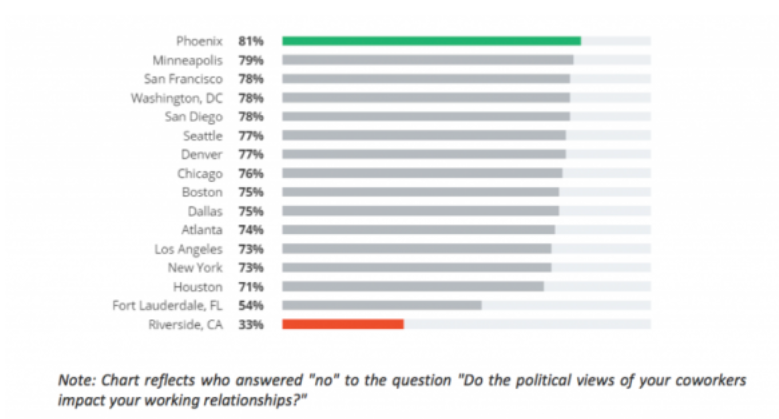 Women and men were on par when it came to quitting because of a coworker though women were slightly higher at 35% compared to men at 31%. 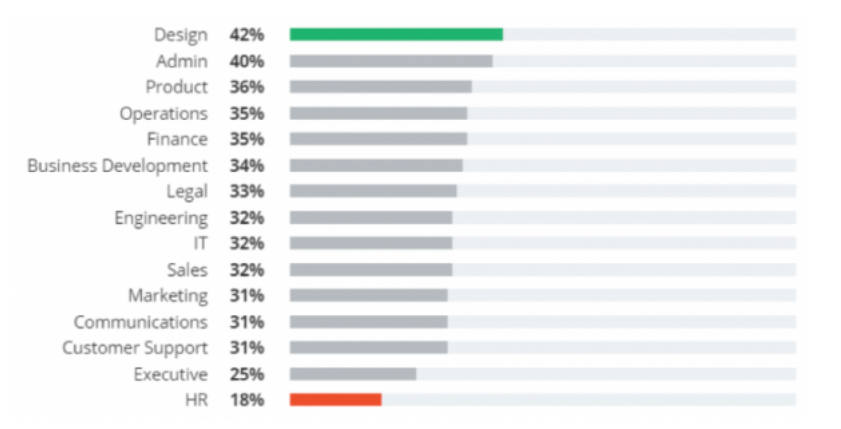 This story originally appeared on Ladders.