Mystery Woman
Tell us more for better jobs, advice
and connections
YOUR GROUPS
Discover and join groups with like-minded women who share your interests, profession, and lifestyle.
COMPANIES YOU FOLLOW
Get alerted when there are new employee reviews.
YOUR JOB ALERTS
Get notified when new jobs are posted.
We're Cheering

Women Are Sharing Their Wildest Quit-My-Job Stories, and They Deserve Standing Ovations

Quitting takes courage — summoning the confidence to walk into your boss' office with conviction, or to send them an be-all-end-all email, to give notice that you won't be returning isn't easy.  Especially, of course, you quit in some radical way — as some FGB'ers have done before.

"I've left a few jobs over the course of my career and did so in pretty standard ways — except for one," FGB'er Angie Lopez shares on the community board. "The manager I was working under was BEYOND toxic — he would regularly gaslight me, take credit for my work and undermine me in front of others. Not only that, but he was also incredibly disorganized, managed to somehow 'not see' most of his emails, and I was constantly cleaning up after him."

In short, Lopez says, she didn't care to leave things on the best of terms with him. So when she received a written offer from her next company, she decided to "have a little fun" in giving her manager her two weeks notice.

"I emailed him my notice with a purposefully vague subject line — of course, he didn't open it," she explains. "I told others I was leaving, but he remained completely oblivious. It wasn't until a week later, when a coworker asked me about my going away party in front of him, that he FINALLY caught on — 'Going away party for what?' His face was priceless, and he wound up looking totally clueless."

Lopez went on ask the Fairygodboss community about their own stories of quitting, and women are sharing stories seriously deserving of applause.

1. She took a break and never returned. 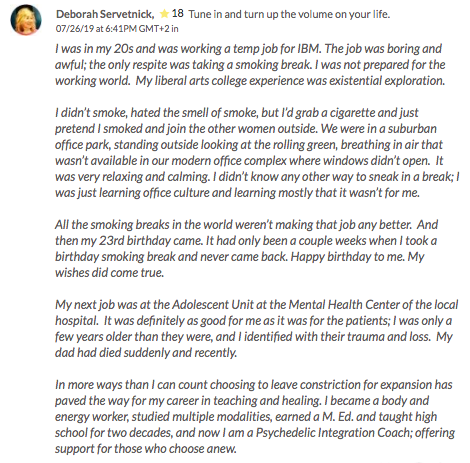 2. She wrote a note and never looked back. 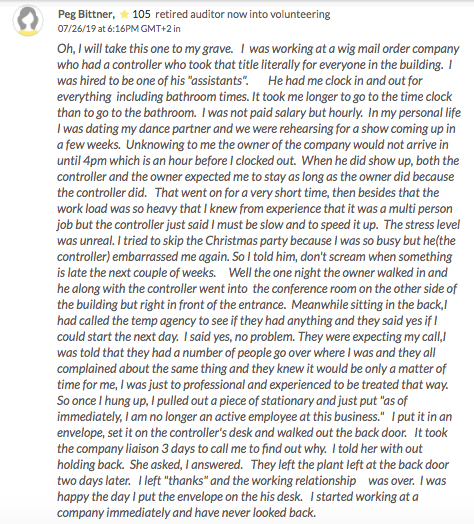 4. She skipped out of the office (literally). 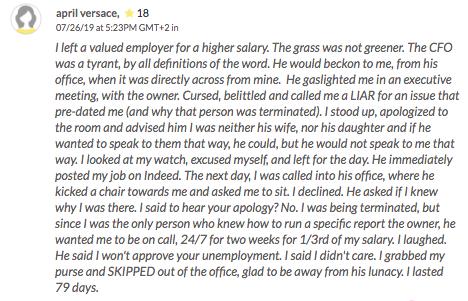 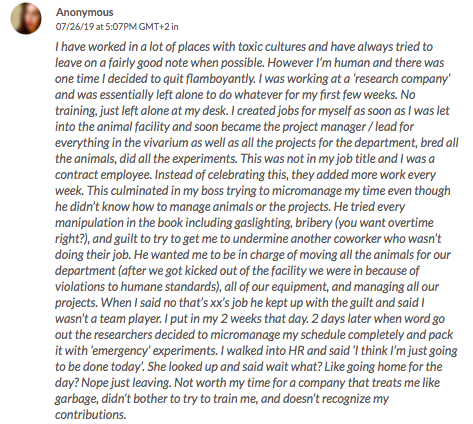 6. She left because "money isn't everything." 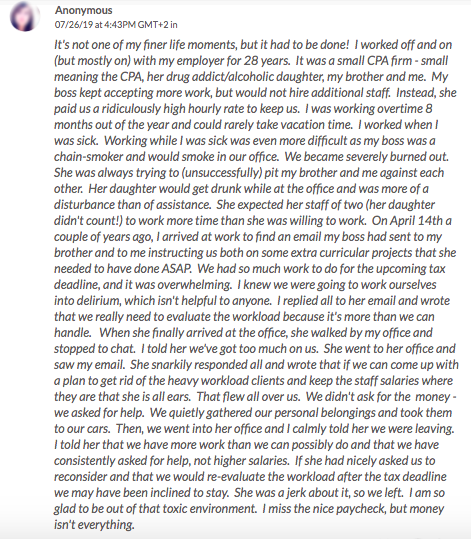 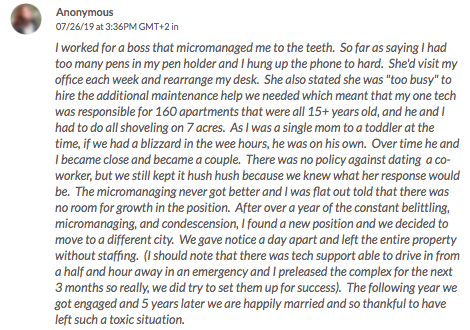 8. She broke the news at a holiday party. 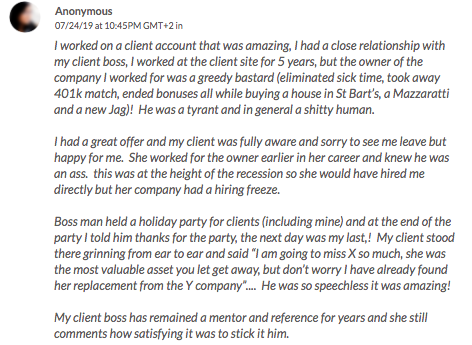 9. She forked over a resignation letter and left. 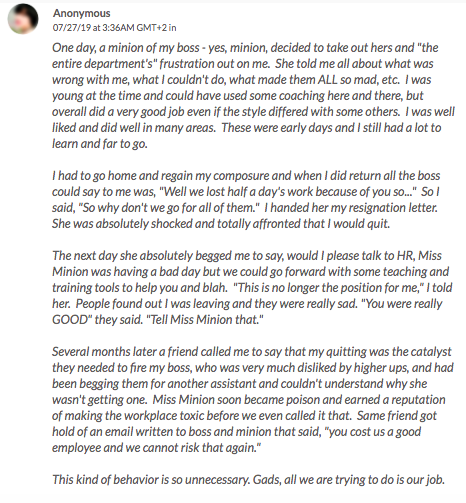 10. She left a letter, boxed up her belongings and never looked back. 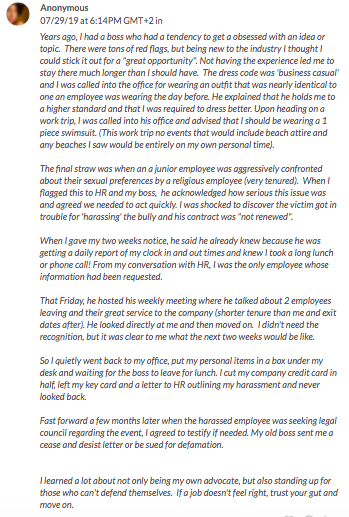