Jane Burnett via The Ladders

At the start of my workday, everything seemed fresh and new. Even though it was cold outside, the sunshine cast a dewy glow on everything in sight — the big buildings and river views outside, and maybe even some of my questions about how the day could play out.

But after working in a room with no windows for a couple hours before returning to my desk mid-afternoon (bad idea), I realized, yet again, that it’s really happening. Hazy clouds are the only thing looming outdoors now: With winter upon us, we’ve reached the time of year when it gets dark super early. 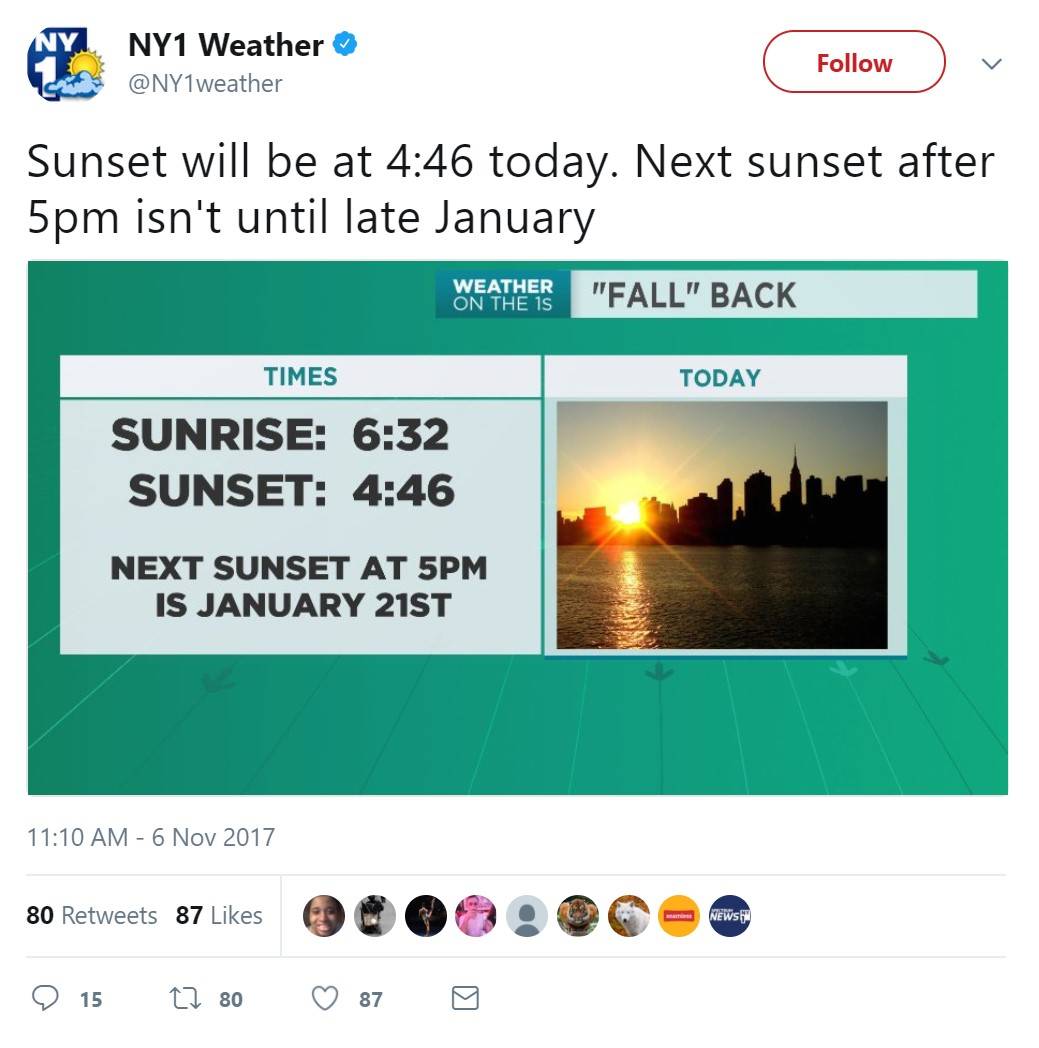 But all isn’t lost: Here’s how to make it through the cold, dark, depressing winter months with your spirit intact.

Work against SAD by enjoying the sunlight

Known as “seasonal affective disorder,” Mayo Clinic defines this as “a type of depression that’s related to changes in seasons — SAD begins and ends at about the same times every year. If you’re like most people with SAD, your symptoms start in the fall and continue into the winter months, sapping your energy and making you feel moody. Less often, SAD causes depression in the spring or early summer.”

While there are reportedly a variety of treatment options, medical and otherwise, Mayo Clinic recommends exercising regularly and heading into the great outdoors as possible options, by doing things like having lunch in a park, walking and soaking up the sunshine on a bench.

So instead of doing what I did this morning, consider working by a window letting in natural light and taking the time for a walk around the block.

Listen to some familiar sounds.

Alyse Kalish, an Associate Editor for The Muse, writes about how music and podcasts can help you get through a dark winter.

“If you’ve been listening to the buzz of silence and other people packing up their bags, you’re probably starting to go crazy—and the lack of light sure isn’t helping. Right now, I want you to try putting on some music (or, if you can, a podcast) to jolt your brain back into work mode. Plus, the noise will prevent you from dosing off when the darkness is just that soothing,” Kalish writes.

Set your eyes on new prizes

“The wintertime is ideal for focusing on new projects, Russell says. Even if you’re feeling a bit sluggish, set new goals and volunteer for a new assignment that excites you. Your initiative will not only give you a sense of accomplishment and make you more productive, but it will most likely impress your boss,” Smith writes.

Winter can be a time of renewed passion and curiosity.

Spend time with the people you miss the most

Between long commutes, packed work schedules, and weekend appointments, it can be easy to lose touch with old friends you haven’t seen in a while, making them seem even further away than they might be location-wise.

But hopefully, you can pick up right where you left off, bringing back a flood of old memories as you make new ones. Just because it’s cold and dark out doesn’t mean you have to be alone — or let your friendships suffer.

Remember that when the sun goes down, your motivation doesn’t have to go with it.

This article originally appeared on TheLadders.com.