Mystery Woman
Tell us more for better jobs, advice
and connections
YOUR GROUPS
Discover and join groups with like-minded women who share your interests, profession, and lifestyle.
COMPANIES YOU FOLLOW
Get alerted when there are new employee reviews.
YOUR JOB ALERTS
Get notified when new jobs are posted.
Goals Goals Goals

This morning on my commute to work, I sat on a two-seater stretch of subway bench so that I could rifle through the latest “New Yorker” (read: so that I could keep getting distracted by my phone). All was fine and good, until a man of particularly large stature (read: a dude who took up far more than the available 50% of subway seat) sat next to me.

Annoyed and feeling the left side of my crumpled-up body begin to dampen with his sweat, I decided to tough it out and remain seated. Getting up would mean confirming for this man that he could continue taking up whatever space he chose, and that others — read, the invisible female already occupying that space — would simply have to deal. This was about more than me, darnit!

Never will this happen again though, friends. Not because I’ve determined to stop conflating small, everyday moments with a grand mission to bring injustice to its knees. That will definitely continue happening. What has changed is that I have now seen Dame Helen Mirren’s preferred means of arriving to the red carpet, and there’s no going back now.

For the premiere of her new TV series, “Catherine the Great," Mirren was transported onto the red carpet via liveried manservants. And it is a LOOK. 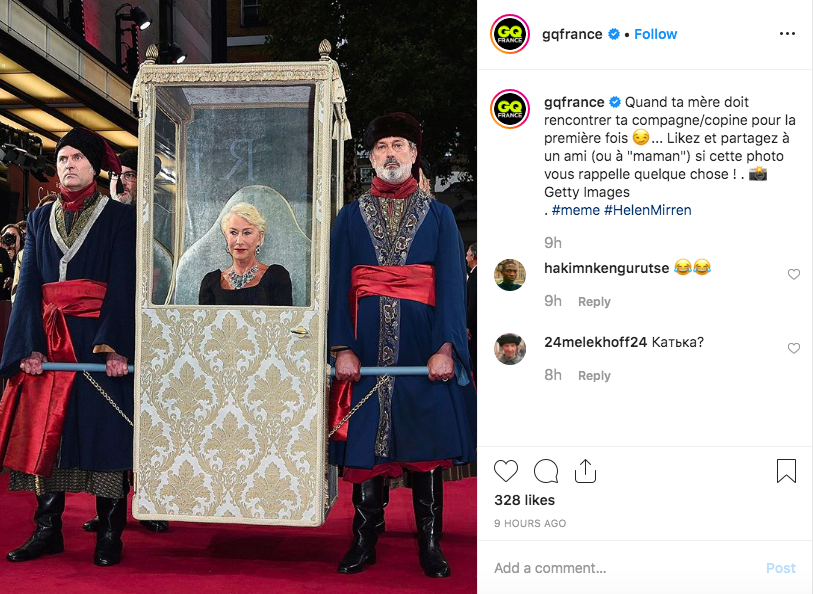 I'm told her portable brocade throne, which is the only way I will be traveling to work now, is called a "litter."

...And now I'm questioning whether I should've already known that. What a plebeian I am! Ugh, embarrassing.

I mean, just look at her in all her glass-encased glory!! And it's eco-friendly, too! 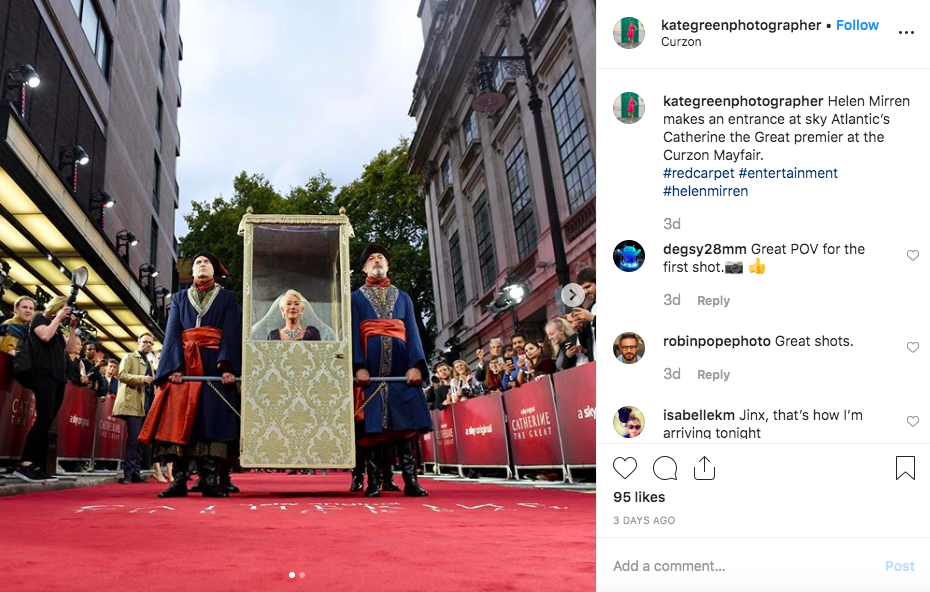 This totally beats a Tesla!

Below: actual footage of me arriving to work on Monday with my liveried manservants in tow. 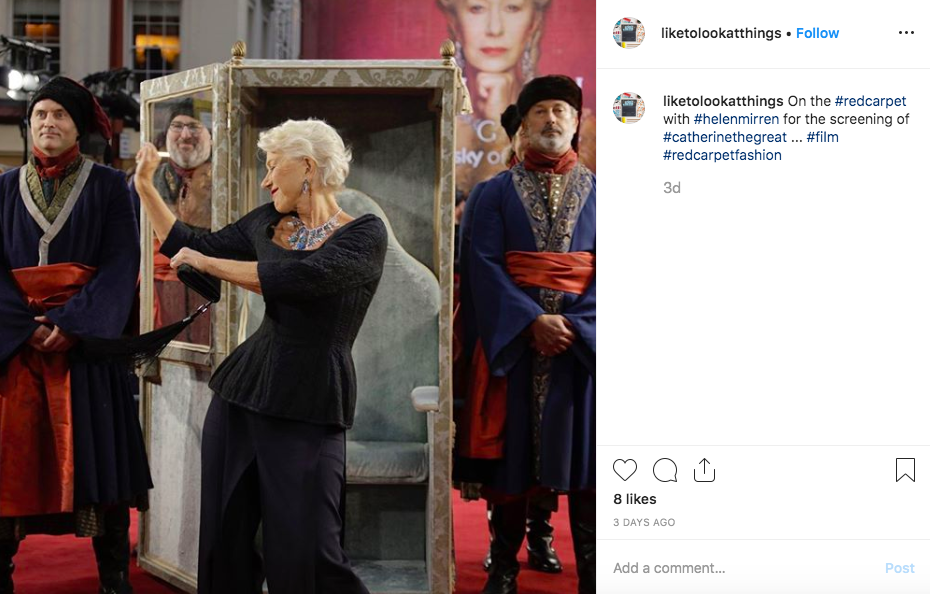 Someone please tell my boss I'll need a later start time, though, if I'm supposed to make it from Brooklyn to midtown Manhattan in one of these things. Totally doable, though.