She was standing in her kitchen cooking breakfast, feeling particularly "grinchy" this year, despite how much she usually loves Christmas. Her three-year-old son had recently undergone four minor surgeries, she hadn't slept well in nearly eight months and she wasn't sure she had the strength to carry on.

That morning, her first Christmas card arrived at her doorstep — a photo of her friend's beautiful family.

“I bet her kids sleep through the night," she thought, according to a post she wrote on Today. She shared the original story on her blog, This Messy Season. “I’m sure she has family nearby to allow her the extra space and energy to get highlights... I’d love to get back to the gym, but my son's immune system just wouldn’t be able to tolerate those new germs.” 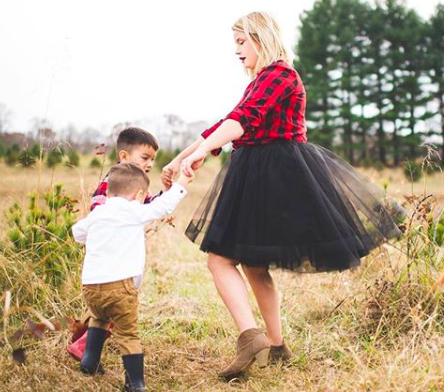 This Messy Season and her sons. Source: @thismessyseason

"Before I even realized what happened, I was so mad at this person," she said on Today. "A person I really, really love. Her card had innocently enough (at no fault of her own) brought to the surface so many vulnerable thoughts and insecurities. Trivial things like the extra thirty pounds from stress eating my way through 2015, the bags under my eyes from constantly waking throughout the night scared I had missed my son's early morning surgery appointments or speech therapy sessions. Less trivial things like: loneliness and the isolation of the winter months in Indiana with two babies under two, our graduate school budget making it impossible for us to travel across the country to visit family for the holidays, and the unpredictably of my life just then when all I had ever wanted growing up was stability and security."

Rather than baking and decorating as per usual, this mom decided to spread Christmas cheer in a different way this year. She decided to openly admit to all 150 people on her Christmas card list that it hadn't been the perfect year, but she and her family were still thankful for it.

"I shared that Sawyer had been hateful, that I’d lost my two children under three in Target multiple times," she said. "I included beautiful photos, but I also threw in some candid pictures where my acne was unconcealed and my weight gain was not masked by flattering outfits or great angles. I shared that my husband’s new school schedule had been a rocky adjustment and that while I didn’t love it, we recognized how blessed we were to be in a place to study whatever we want and learn and grow and prosper." 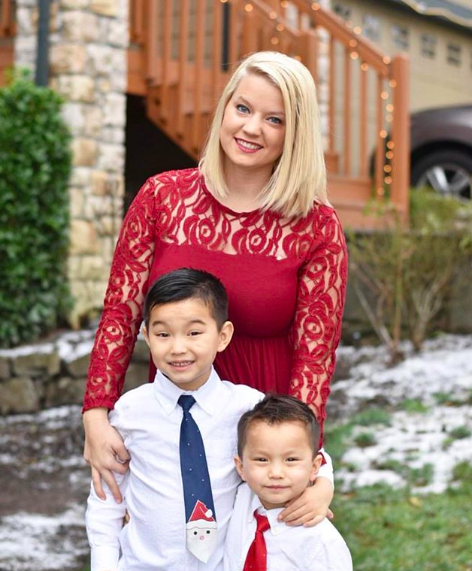 The response was overwhelmingly positive.

Friends across the country reached out letting her know that they needed to hear the brutal honesty, especially in this world run by social media, where everyone only ever shows their best. So she and her family decided to send the same kind of Christmas card the next two years, sharing their shortcomings, disappointments and all of the great things that happened throughout the year.

"I took the pressure off myself and I was hopeful I was taking it off everyone else," she said. "We don’t always realize what an impact we are making on someone when we share our struggles... Social media is a highlight reel and sometimes it can make us feel so completely inadequate, when all we really need to create those same images is a better camera or lens instead of a new life."

She said about five people who sent her family a Christmas card last year followed suite.

2 Comments
Browse recent articles
How to Negotiate Work From Home Arrangements for You and Your Team
How I Found My Voice at a Place Where Talent Can Shine — From a Technical Consulting Manager
Ask Yourself These 5 Questions Before You Change Your Career Path
What is Re-Onboarding and is It Necessary in the Return to Work?
Here’s Your Daily Dose of Career Inspiration! 2 Wipro Women Share How They Grew Into Global Leaders
4 Phrases Confident Women Tell Themselves When They Don’t Get The Job They Dreamed Of
See more
Achieve your career goals.
Be part of the largest online career community for women to find jobs, advice, and support — for free.