30,000 Jobs Better Than The One You Have Right Now

If thinking of the work week ahead of you gives you a serious case of the Sunday scaries, you aren’t alone.

According to one 2017 report, as many as 51 percent of full-time employees in the U.S. report feeling no real connection to their jobs, and a further 16 percent are “actively disengaged,”  meaning they resent their jobs. Especially in a society that’s rife with “you are what you do professionally” messages, this disconnect presents a major conundrum. If our careers make up such a formative part of our identities, yet only one third of us actually enjoy going to work, what shot at fulfillment does that leave us with?

Of course, there are companies out there where the majority of workers aren’t just punching the clock — they’re happily invested in their careers. According to research from leading women’s career platform Fairygodboss, women who work at these types of companies report having a few things in common: a fair shot at being promoted; the flexibility to do their jobs in a way that fits their overall lives; mentorship and support from senior leaders who promote gender equality; and access to paid family leave.

Sound like a pretty far cry from your current work environment? Fairygodboss is passionate about connecting women with job opportunities where they’ll be supported, on both a professional and personal level, to lead fulfilled lives. That’s why the Fairygodboss jobs board allows users to search for openings not only by criteria like job title and location, but also according to how women rate the company. 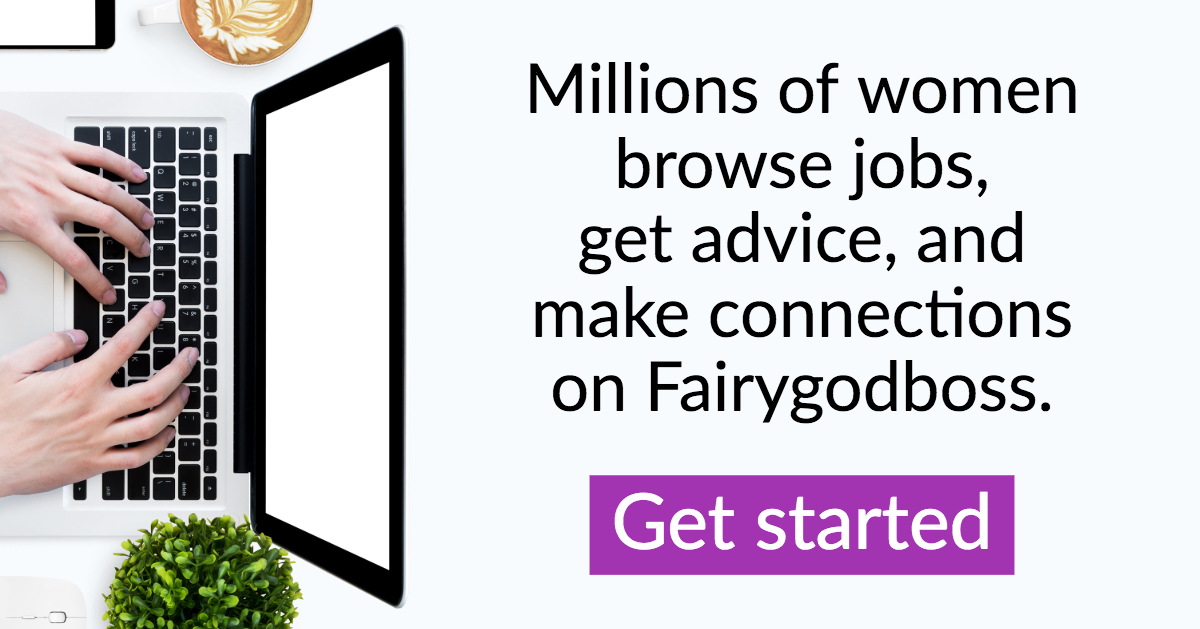 Thanks to the intel collected by the site’s anonymous, crowdsourced company reviews database — the only one of its kind in the U.S. — job seekers on Fairygodboss are able to see just how satisfied women report being at any given company. And these aren’t generic ratings, either; women are able to review companies based on a variety of specific data points, including hours, culture, policies, and pay.

This means that when you browse the thousands of job openings on Fairygodboss, the likelihood of finding happiness at a company isn’t an arbitrary unknown — it’s front and center. In fact, this kind of transparency is central to the Fairygodboss mission, according to the company’s CEO and co-founder Georgene Huang. Huang started the company after being fired while two months pregnant from an executive position. In the job interviews that followed, she hid her pregnancy and found herself wanting to ask certain questions.

“I wanted to ask things like, ‘Is work-life balance enabled here? Are women paid and promoted fairly? What’s the maternity leave policy?’ but felt I couldn’t, for fear of being seen as less-than committed to my career,” Huang said. “So, I turned to the internet for answers — and was surprised by the sheer lack of information I found.”

It was then, Huang says, that she decided to start an online database where women could anonymously crowdsource this information, as well as find jobs at companies that care about doing right by women.

“Fairygodboss is the job search tool I wish I’d had then,” she explained.

Are you ready to upgrade from a job you tolerate to a career you’re passionate about and supported in? Check out the openings on the Fairygodboss jobs board today — there are thousands of them!