Our clothes are extensions of ourselves — they’re choices that reflect our character, and a wealth of research shows that people’s perceptions of and responses to us are largely based on how we choose to dress (and, of course, carry) ourselves.

For a lot of people, however, those choices have long been limited. Until recently. Androgynous, agender and gender-nonconforming people of all identities are gaining access to an evermore expansive work wardrobe as fashion designers are opening their eyes to the nonbinary spectrum that is gender. Brands are increasingly boasting unisex and gender-neutral clothing for anyone and everyone, which means that getting dressed for work is becoming a whole lot easier.

These nine brands are paving the way.

An LA-based brand, 69 World defines itself as a “non-gender, non-demographic clothing line.” While the line is limited (and not all work appropriate, depending on how your office culture defines that), you can find collared button-downs and a whole lot of denim.

Faye Toogood, a British interior designer, and her sister Erica, a fashion designer, joined forces to launch Toogood, a “unisex outerwear” line. But Toogood is more than a clothing line — it’s a movement. The trousers, collared shirts, jackets and more are “fashioned by industry” not the “fashion industry,” and they’re available only on select websites like FarFetch. 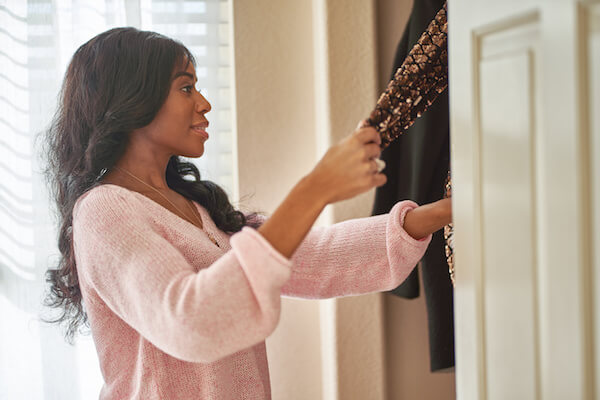 NotEqual focuses on “genderless form and individuality” and offers an array of artisanal drape tunics, wrap pants skirts, pleated tees and tanks, boleros and more. Fabio Costa, runner-up on Project Runway Season 10, founded the brand that proves that fashion is art. He’s even been featured in the “Folk Couture: Fashion and Folk Art” at the American Folk Art Museum.

Sometimes your work wardrobe just needs more basics. Enter: One DNA, a unisex brand offering just that, from cashmere cowl neck sweaters to versatile tunics. These New York-made pieces are designed to be worn all year by “all genders, ages and races,” and they rotate on the site rather often.

Maybe your office has a suit-and-tie kind of culture. Sharpe Suiting is a queer-owned company that just opened its doors five years ago. It identifies as “a place where anyone, of any gender identity, could create a suit that not only fit them, but really showcased who they were,” and “where everyone would be treated with respect — no sidelong glances, or sputtering over what pronoun to use, or uncomfortable feelings on either end.” The brand developed its own patented “Andropometrics” system, a trademarked formula for “androgenizing, masculinizing or feminizing the fit to better match the individual identity of each client.” 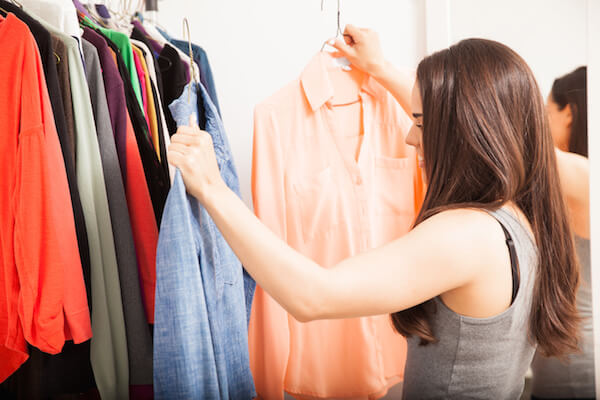 “We’re here to liberate menswear one bowtie at a time and we’re doing it ourselves because we want it done right,” reads the website. Wildfang, which translates to “tomboy” in German, stands to “liberate menswear” by offering a wealth of button-downs, blazers, trousers and more.

VEEA is “high-end menswear fashion made to fit women” because who’s to say that menswear is men’s wear? The brand has an array of high-quality dress shirts in both loose and tailored fits. “No darts for shaping curves and bust , no cleavage, no weird tapering and no fake pockets.” Whoever came up with the fake pocket thing anyway? 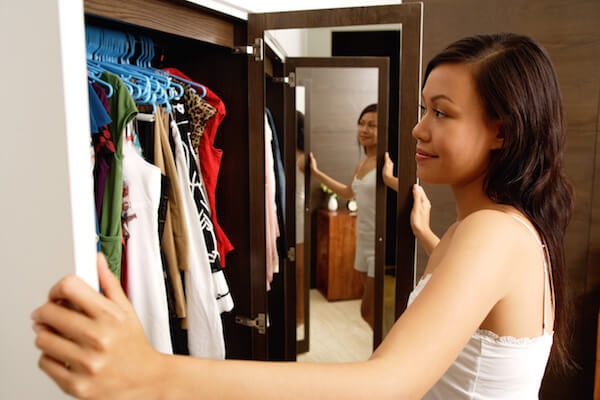 Canadian designer Rad Hourani says that the first five years of designing were quite difficult, as there was a clear distinction between men’s and women’s clothing and no notion of unisex in terms of design and construction. So he spent two years studying the human anatomy before perfecting his gender-neutral canvas and, now, his neutral line (which is also made up of mostly neutral colors) is refined and wearable for everyone.

The UK-based label was just born in 2015 with a mission to fit bodies in a way that high-street clothing does not. For example, the shirts, which the company prides itself on, are designed with a “gender neutral sensibility to fit body shape,” which means that they’ve got “a looser cut with left-over-right buttoning and a hidden bust button to avoid gaping in the chest area.” In short: It’s smart fashion.