Mystery Woman
Tell us more for better jobs, advice
and connections
YOUR GROUPS
Discover and join groups with like-minded women who share your interests, profession, and lifestyle.
COMPANIES YOU FOLLOW
Get alerted when there are new employee reviews.
YOUR JOB ALERTS
Get notified when new jobs are posted.
Working in STEM

What It's Like to be a Woman in Computer Programming, According to Two Who Have Been There

Computer programming and coding skills remain some of the most sought-after knowledge in the job market, and as the tech industry booms, more and more women are getting either a bachelor's degree or an associate's degree in the field so they could learn programming skills and speak the many languages needed in programmer jobs.

What Is Computer Programming?

Plus getting an entry-level programmer job and hands-on experience with software programs, even with all the right programming skills and an impressive programmer resume, however, isn't an easy job. Programmers work had with various operating systems and computer programs, so all programmer jobs are somewhat different and software development can look different for different companies.

According to statistics from Women Who Code, women hold 24 percent of jobs in computer programming in the United States. That number is expected to decline if no one makes an effort to educate and involve more women in coding and developing software programs and operating systems.

To get a better idea of what computer programming/software development and coding jobs are like for women who have made a profession out of these skills, I spoke to two friends who work in the Washington, D.C. area. Diane Lee is a DevOps engineer at a local startup, while Miri Baker is a quality assurance engineer at a mid-sized analytics software company.

Both of them are driven, talented women in their 20s who are launching careers based on coding. 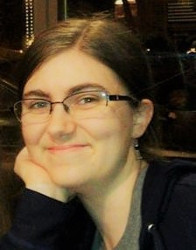 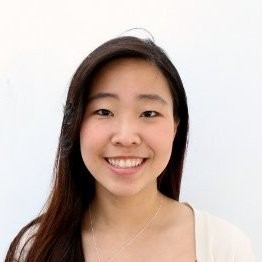 When did you decide you wanted to bea computer programmer?

Diane Lee: I started college thinking that I would be a business major, but I learned that that wasn’t the right fit. The summer before my sophomore year, I made a list of possible majors and crossed off the ones I knew wouldn’t lead to any money or that didn’t interest me. I was left with one option: computer science. Fortunately, I enjoyed my introductory class and decided to pursue it.

Miri Baker: I had the opportunity to take AP Computer Science my senior year of high school and discovered that I really enjoyed it, and as I was looking into schools and degree programs it seemed like a safe, employable bet.

How did the people around you react when you shared that you wanted to be a programmer?

DL: My family and friends were surprised but supportive.

MB: My parents were both engineers who worked with computers every day, so they were happy for me (and glad I was going to school for something practical). My friends at school didn't understand why I wasn't going in for writing.

DL: I felt like I got a top-tier education in computer science at the University of Virginia. Although, as most people learn after graduating, a degree doesn’t necessarily translate to knowing how to do a real job. While a background in CS is good, on-the-job training and hands-on experience are more important than theory, in my opinion.

MB: I attended Georgia Tech, which is an incredibly good public school. I was definitely in the minority as a woman in my classes, especially when I made the switch from the Computational Media major, which was more cross-disciplinary, to pure Computer Science. A telling anecdote: At that time, my primarily-male friend group made me a "Miri's a real programming major now!" cake. Ultimately, I went into Quality Assurance Engineering.

Talk about the computer programming jobs you’ve held. What did you like about each one? What did you dislike?

DL: I’ve had a pretty diverse career so far. I started at Microsoft, which is a giant, multibillion dollar corporation where many people dream of working. The best thing was the abundance of resources and opportunities. I could learn from some of the smartest people in the world at Microsoft. However, it was hard to differentiate myself from the thousands of other young, eager engineers straight out of college. I felt like I couldn’t make a large impact until I was more tenured.

I left Microsoft to work at a state government job closer to home. That was a huge difference. While I loved the work life balance and benefits there, I didn’t feel like I could grow there. I actually felt like I was regressing and becoming less marketable the longer I stayed.

My latest venture has been working at a startup in downtown Washington, D.C. It’s fast and it’s fun. I love it. From week one, I was developing things that made a difference for my company. However, this position doesn’t have the stability of my previous jobs.

MB: I'm on my first full-time job out of school, and I've felt very fortunate with it. I work with a small team of other developers and quality assurance engineers, and the ability to ask a question or bounce ideas has been invaluable for maintaining strong working relationships. I have an assigned adviser who I can go to with questions about my career progression, or just seek perspective from on anything.

The best thing about this job is how well it understands that programmers are people, who provide the most value when they're allowed to focus on the things that they're good at, and that they're only as productive as their relationships with their teammates allow them to be.

Did you feel supported in each of these workplaces?

DL: I felt supported at both Microsoft and the tech startup where I currently work. People cared about my development because they understood that when I did well, the team and the company would do well.

The government job was not ideal. I did not mesh well with the management styles of that particular job. Individual contributors often complained to each other about how we were treated like “code monkeys,” which means that our superiors didn’t care about our opinions on how to accomplish our work.

MB: I’ve felt pretty supported. Which is great: You’re never going to like your job (no matter how much you like the type of work you're doing) if you hate being there.

Did you feel supported as a woman in each of these workplaces?

DL: I’ve always felt supported as a female engineer by other female engineers. At Microsoft, my skip level manager was a woman, and I had a lot of other female leaders to look up to. That was incredible. Microsoft also sponsored trainings for me to attend to learn how to make the most of my career as a woman in tech.

I did not feel supported as a woman in my government job. Ninety percent of their leadership was white men, and it definitely felt like a clique. I didn’t see a future there. The only female manager told me early on that pay was unequal in the department. Also, a female coworker who had been there for several decades told me that she had gone to an equality commission with complaints about sexism in our office. The commission told her that if she filed an official complaint, our management had the right to know who filed it. They also said that if she did file the complaint, and it was found that there was indeed sexism in the office, all that would be done was a recommendation to management about how to fix the problem.

MB: Yes, for the most part. Being in a predominantly male environment, there have been occasional snags (being interrupted by male coworkers at a disproportionate rate is the main example), but my office has a Women's Leadership Network chapter that frequently holds talks, sessions, and informal social events. I've been able to work my way up to asking my coworkers not to interrupt me, or to let my female coworkers finish, without fear of consequences.

What’s important to you now in a computer programming job?

DL: I care about work-life flexibility. It’s important to have an employer who understands that sometimes you have to work from home or take a personal day. I also care about the ratio of female engineers to male engineers, and this is something I ask at every job interview. Finally, I care about the potential for career and personal growth. I want to work somewhere that challenges me and makes me a better person.

MB: The same things that are important to me in any job:

What advice would you give to a woman just getting into computer programming?

DL: Know that every single person in the room has experienced imposter syndrome. Also, connect with other women engineers to talk to professionally and personally. Networking is a necessary evil. Find good mentors.

MB: First: Learn what you like in programming, do that, and don't feel like you have to justify it.

Second: Work hard at your studies or your job, but don't feel like programming has to be your entire life for you to be a Real Programmer. There's this idea that floats around in Tech Bro circles that to be a Real Programmer, you spend all your personal time working on additional coding projects, and that's absurd. We don't expect that of any other field; we celebrate well-roundedness. I have time-consuming hobbies outside of programming, and I've still been successful. It's how I don't burn out.

Anything else about being a woman in computer programming?

DL: The annual Grace Hopper Celebration of Women in Computing, which draws over 18,000 female engineers, is a great conference for women in computing. I’ve gone twice and loved it. It’s got both technical and career tracks in terms of sessions and a giant career fair of hundreds of companies all over the country trying to recruit female engineers.

On the other hand, I was also at a cloud computing conference last year where I heard words like “Are you sure you’re in the right place? This is an engineering conference, there’s not a lot of women here.” Comments like this usually don’t come from an antagonistic place. People want to start up a conversation and can’t think of a better opener. It’s something that needs to be addressed in the tech industry.

Elizabeth Ballou is a content marketer at Clutch, a research, ratings, and reviews company in Washington, D.C. She writes about HR and benefits. When she's not working, she's listening to too many podcasts and reviewing theater and video games for various media outlets.