This Pic Of A Senator Breastfeeding During A Speech Is #WorkingMomMagic

Australia’s most politically pioneering breastfeeder is back at it again.

Senator Larissa Waters, a Queensland representative, made history by breastfeeding her baby daughter, Alia Joy, in Parliament — while giving a speech.

On Thursday (June 22), Waters was moving forward a motion on behalf of the nation’s coal miners when her daughter needed to be fed. Rather than stop what she was doing, the senator continued addressing her peers as she fed her baby, later explaining to BuzzFeed that “black lung disease is back among coal miners in Queensland and Alia was hungry.” 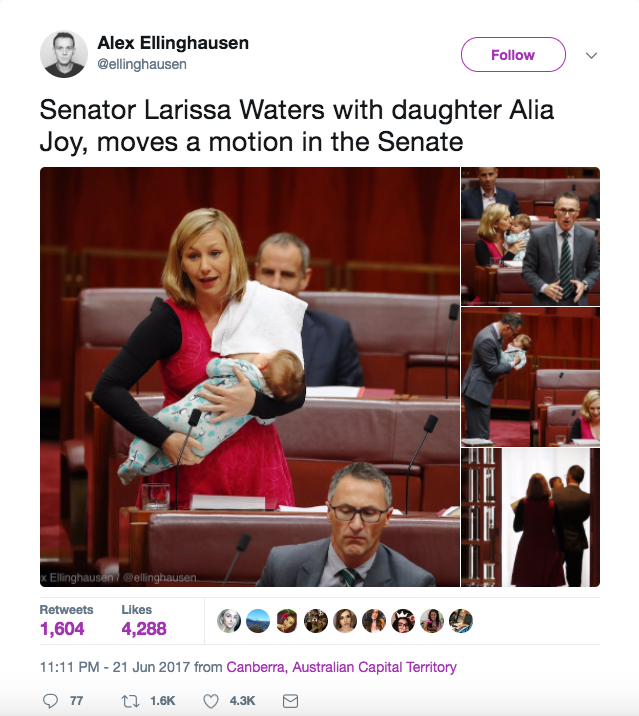 Honestly, we can’t get enough of Waters, or her above #WorkingMomMagic statement. Beyond the historic importance of her action, her words perfectly summarize the full, ideal potential of working moms everywhere — i.e., when women are empowered to live their work life in tandem with their family life, instead of in opposition. (Her coal miner motion, by the way, was ultimately successful.)

And last week wasn’t the first time Waters and young Alia have made history together, either. Back in May, the senator, newly back from maternity leave, became the first person to breastfeed on Australia’s Parliament floor. 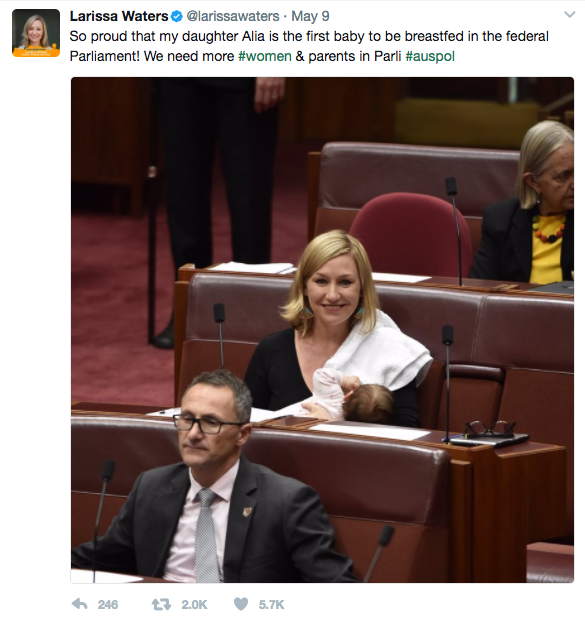 Of the widely celebrated moment, Waters said, "Women are going to continue to have babies, and if they want to do their job and be at work and look after their baby... the reality is we are going to have to accommodate that.”

Join us by reviewing your employer!