Stephanie Depalma knew she was going to pursue engineering for one very simple reason — she really, really enjoys science.

“For me, it comes down to the fact that science is cool,” Depalma said. “I love science. And I wasn’t really willing to go another route of doing something I didn’t enjoy.”

Despite having this knowledge pretty early on, though, the path that brought her to General Electric Additive, a hyper-innovative division of GE dedicated to 3D printing and similar technologies, wasn’t the clearest cut. Straight out of Ohio State, she’d landed an engineering position, but one that dealt with materials and manufacturing. It was there that she first dipped her toes in the field — and got a taste of what working in a traditionally male-dominated field is like.

“I was literally the only female that worked in the engineering division, so it was kind of a unique position,” Depalma, who was also the youngest member on her team by about 20 years, said. “It was very fun in a way in the sense that, yes, there was a gender difference, but it was also a really great opportunity to forge ahead anyway so that it wasn’t like, ‘Oh, there’s Stephanie the girl,’ it was, ‘Oh, there’s Stephanie my coworker.’”

But since getting a job at GE, first as an engineer for GE Aviation and later in a design role at Additive, Depalma said she’s no longer the only woman in the room — far from it.

“GE’s been great. It’s been one of the first roles I’ve had where there are actually a lot of women I work with,” she said. “That’s in the engineering function, too, not just in other support-type roles. So that’s been really refreshing, to have other women to interact with.”

Being able to work with other women and men who are as passionate about science as Depalma is has resulted in some “close bonds” in and out of the office. She found that this social dynamic, which has included everything from group sports nights to hospital visits to see coworkers’ newborns, has “really translated to how well we’re working together inside the office, too.” 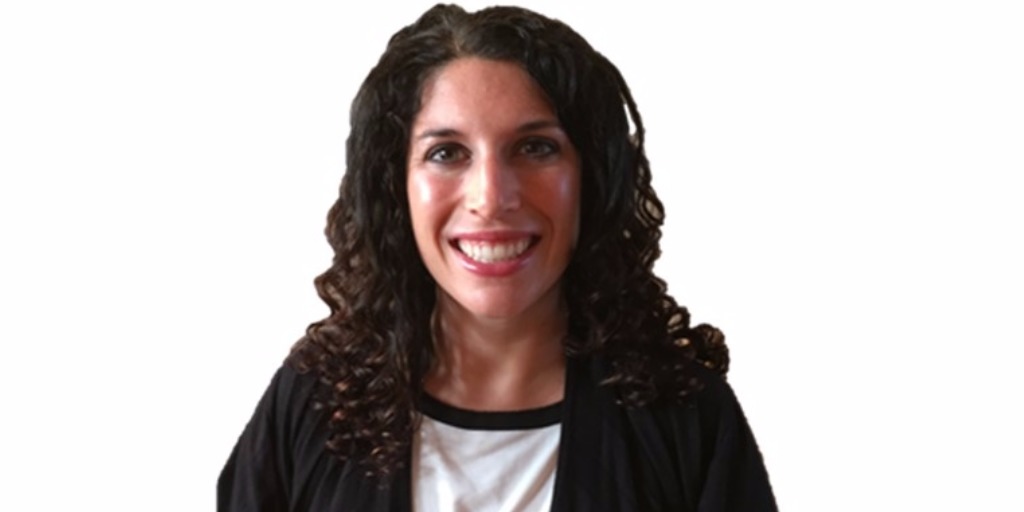 The nature of the work she’s doing is equally refreshing, too. Depalma gets to wake up every day with the knowledge she’s a part of something that has simply not been done before. And that‘s a pretty cool feeling.

“Additive is just really cool technology in general, and probably the most exciting thing for me is just being on a team that’s the first of its kind in the whole world,” she said. “It’s really about pioneering a completely new way of looking at how manufacturing is going to be done in the future and how teams will need to look at problems, and being on the foreground of that is really exciting.”

As enthusiastic as she is now, Depalma admits to having experienced some slight trepidation before joining GE, but it wasn’t long before those fears were put to rest.

“Since it was my first venture into corporate America, having only worked for relatively small businesses before, I was a little scared I was going to feel like a small fish in a big pond,” she recalled. “But I found that I really loved it actually, and that the culture was really embracing in wanting to develop their talent, which was a little bit new to me. No one had really invested the time in me before to help me get the whole package of technical and soft skills you need to be successful in your career.”

It was that sense of investment and GE’s supportive work culture that enabled Depalma to make the switch from her background in materials engineering to her Additive design role, and she points to this adaptability as a reason more women and girls should feel encouraged to pursue engineering careers.

“It’s a lot of work and traditionally a male-dominated field, which can be intimidating to a young engineer, especially if they don’t have a family background in engineering,” she said. “My advice is that if you really have an interest in it, there is no harm in pursuing it, because with an engineering degree you can always go on to do something different. It gives you such a strong foundation that you can pretty much do anything that you want to do.”

GE recently announced goals of having 20,000 women fill STEM roles at GE by 2020 and obtaining 50:50 representation for all of the company’s technical entry-level programs as part of its “Balance the Equation” initiative.  Do you want to be part of a pioneering company that’s literally changing the we use technology? GE is currently hiring engineers (and more!) across the country — check out their open positions!

Fairygodboss is proud to partner with GE. Find a job there today!

Personalize your jobs
Get recommendations for recent and relevant jobs.
Employer Reviews
Cognizant
3.5
Very limited career growth in terms of role change after...
Globus Medical
No ratings yet
It is very inflexible, with the exception of a few...
Recent Content
9 Things I've Learned About Being Happy at Work From Trying Every Unconventional Schedule Out There
14 Little Signs That Prove You’re Growing as a Person (and Professional)
This Hiring Manager Won't Hire Someone Unless They Do This