18 Best Party Games for Your Next Get Together

Wonky consultant with a passion for words
Last updated November 22, 2019

While chatting with people at a party is all well and good, sometimes a party needs some organized activities to entertain guests and keep everyone active. Luckily, there are good party game ideas for parties with guests of all ages. Read on for some party games that will entertain and energize guests at your next event, including totally free options.

What are party games?

The term "party games" is pretty self-explanatory: these are games played at parties.

What are the best party games?

Personally, I think the best party games are easy to explain, able to accommodate fairly large numbers of people (that is to say, they're not one-on-one) and have a social aspect. So, games where players get to interact with each other and which can have many players tend to be good for parties. A good party game entertains guests, gives them a fun challenge and provides good laughs for all. 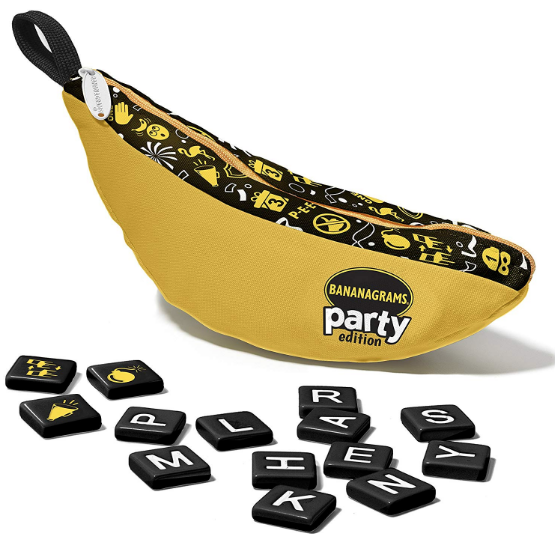 Families that enjoy watching this classic TV show (and let's be honest, who doesn't like Alex Trebek?) will enjoy this at-home version. One player hosts, and the other players compete to win the most money, just like contestants on the show.

This is a good idea for family gatherings, as teams can be fairly large and there are opportunities for everyone to get in on the guessing and acting action. For 150+ recommended words and five variations to mix this classic game up, check out this article on HobbyLark.

This popular party game for kids is another good choice for family gatherings since it's easy and always leads to laughs. This game can be modified by adding rules, such as making players travel in different ways each round (such as skipping, hopping or walking on tip-toes), having players act out the song lyrics, or adding another rule of your group's own invention.

If you think you and your friends are brave enough to know what you really think of each other, Bad People is a great party game for you. In this game, 3-10 players take turns reading question cards aloud and then voting on who best fits the descriptors. These include questions like, "Whose funeral will have the smallest attendance?" or "If we were all stand-up comedians, who would get the least amount of laughs?"

Never Have I Ever is, of course, a classic party game. This card pack kicks it up a notch with cards like, "Eaten something out of the garbage." Players take turns reading the red "direction cards," which determine whether they or other players have to answer the blue "play" cards. If a statement is true for them, a player collects the blue card. The first player to collect 10 blue cards wins the game. But really, everyone's a winner in this game, so you'll get to learn hilarious truths about each other.

This classic board game is great for small-ish gatherings. The rules are easy enough to learn (although the strategy can get complicated), so it's easy to initiate new players into the game. You can also buy an extension ($23.46) to allow 1-2 more players to play. If you want to add further depth and complexity, you can also buy expansion packs like Cities & Knights ($37.26), Seafarers ($19.30) and Traders & Barbarians ($36.02).

This adults-only version of Telestrations ($24.95) is often favorably compared with Cards Against Humanity. 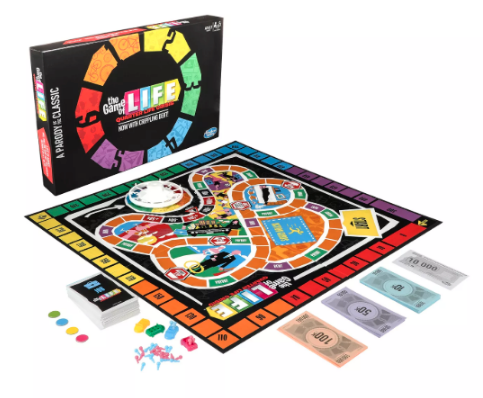 This parody version of the classic Game of Life still operates by the same basic rules, but instead of racing to build their lives, players race to pay off $500,000 in debt. They also deal with new, modern obstacles (such as dropping your phone in the toilet or getting a botched tattoo). Some of the situations might be a little too real... but that's part of the fun, isn't it?

This cross between Pictionary and Telephone can accommodate up to 12 players if you spring for the party pack. You're guaranteed laughs at wild guesses, poorly drawn clues and more.

Two to seven players can play this game. Each player grows different types of beans, which they receive gold coins for. The key to this game's fun, however, is the ability to barter and trade with the other players. If you and your friends fancy yourselves merchants in the making, you’ll love this game.

This game, which was invented by Dmitry Davidoff of the USSR in 1986, presents a conflict between the Mafia (the informed minority) and the Innocents (the uninformed minority). It's played in groups of seven or more people, so it's a great choice for parties with many people. It was a favorite at my middle school, so I personally have fond memories of trying to figure out which of my middle school classmates had killed each other (or who had killed me) whenever classes finished lessons a little early. IcebreakerIdeas.com has detailed instructions that you can consult to make sure you’re running the game correctly.

This is the original politically incorrect card game. If you haven't ever played, the rules are simple: one person draws a black card with a fill-in-the-blank phrase, and the other players submit one of their white cards to complete the sentence and vie for the card reader's approval. The winner of each round collects the black card from that round, and whoever ends the game with the largest number of cards is the winner.

Twister is a party classic. It's a great way to get partygoers moving and bending, and this mat that's twice the size of the original version can accommodate more players. If you have an Alexa, you can even use the Twister Spinner Alexa skill to have Alexa direct the gameplay, freeing everyone up to play.

Flag football is a great activity for birthday parties, family reunions (especially if your family likes to get competitive outdoors) or summer get-togethers.

This game is suitable for all ages and sure to deliver laughs. The objective is for players to match red object cards with green descriptive cards and have their pairings picked by the judge for each round. The game's official rules suggest that players compete for a certain number of green cards to win, but you can modify to rules as your group sees fit to change the parameters for winning.

Regular-sized Jenga is all well and good, but giant Jenga is even more fun! This is a great game for kids since it's straightforward (take the blocks out of the tower without knocking the tower over), goes fairly quickly and can accommodate a large number of players.

Pin the tail on the donkey is a classic kids' party game, and now, there are versions of it featuring a broad range of animals to fit all kinds of party themes. In addition to multiple unicorn versions, Amazon has classic donkey versions (starting at $4.75). It also has many other variations on the game, including dinosaur ($6.99), mermaid ($8.99) and llama ($8.99) versions.

Lorelei Yang is a New York-based consultant and freelance writer/researcher. Find her on Twitter and LinkedIn.

0 Comments
Browse recent articles
The Importance of Feedback, Curiosity, and Confidence — Advice From an Engineering Manager
Challenging Myself While Nurturing My Network: How to Make a Successful Career Pivot
How I Rewrote My Career Trajectory After a 'Demoralizing' Demotion — And How You Can, Too
Soft Skills: What They Are and How to Make the Most of Them In Your Job Search
Thinking of Hiring a Professional Resume Writer? 5 Things to Know Before You Do
Sustainability Engineering: How I Made My Passion My Career
See more
Achieve your career goals.
Be part of the largest online career community for women to find jobs, advice, and support — for free.