Mystery Woman
Tell us more for better jobs, advice
and connections
YOUR GROUPS
Discover and join groups with like-minded women who share your interests, profession, and lifestyle.
COMPANIES YOU FOLLOW
Get alerted when there are new employee reviews.
YOUR JOB ALERTS
Get notified when new jobs are posted.
Women Changing the World

Women have long proven their passion for and talent in architecture, despite it being a male-dominated field.

The following 13 female architects are challenging the boys' club and making profound impacts on the world with their clever ideas and innovative plans.

13 Female Architects You Should Know 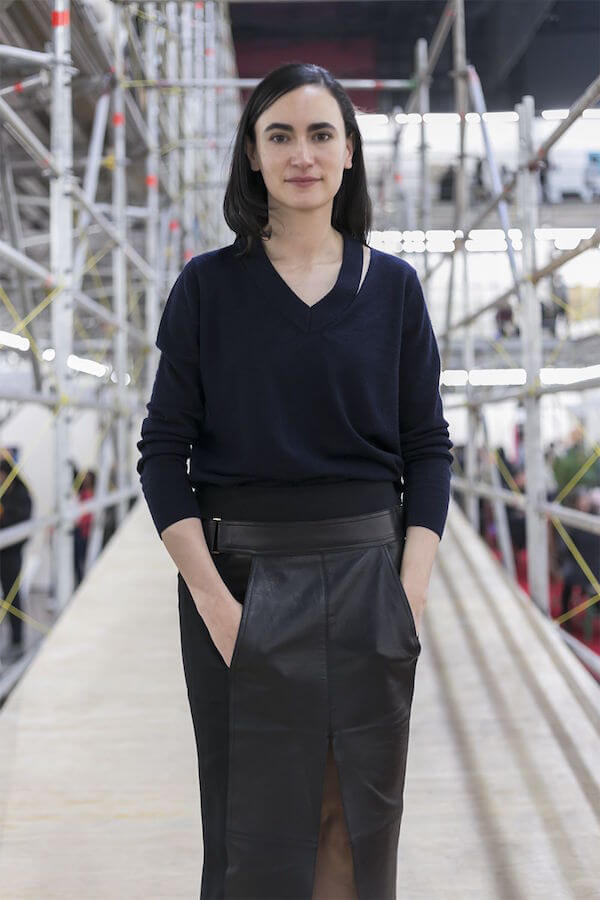 Frida Escobedo, one of Mexico City's best, is best known for designing the 2018 Serpentine Pavilion in the Kensington Gardens in London, England. She's the single youngest architect to receive the distinguished commission, and she's the first solo woman to do it since 2000, second only to the late British-Iraqi architect Zaha Hadid (who appears later on this list!). 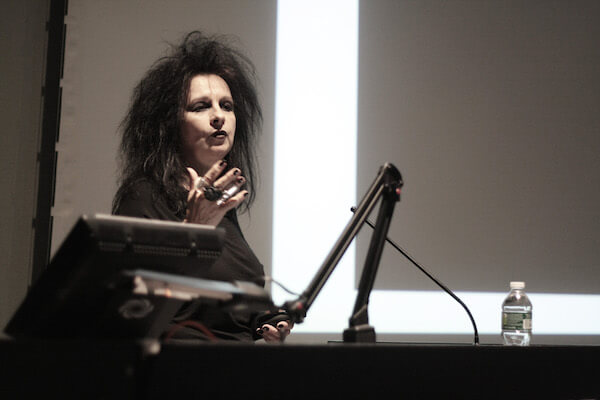 Odile Decq, who hails from France, started her own school in Lyon called the Confluence Institute for Innovation and Creative Strategies in Architecture. She's both an architect and an academic who, in 2016, was awarded the Jane Drew Prize for being "a creative powerhouse, spirited breaker of rules and advocate for equality." Today, she serves as the director of the Paris firm, Studio Odile Decq with a number of projects under her belt, from art galleries and museums to infrastructures. 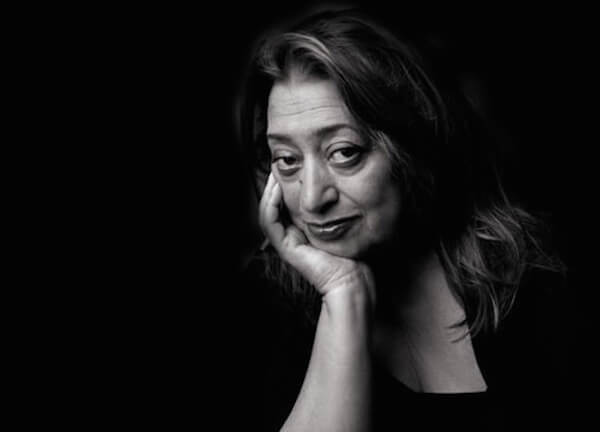 Zaha Hadid was born in Baghdad, Iraq in 1950. She went on to pursue architecture, and she was the first woman ever to receive the industry's highest honor. She was the recipient of the 2004 Pritzker Architecture Prize, as well as the winner of the UK's most prestigious architectural award, the Stirling Prize, in both 2010 and 2011. 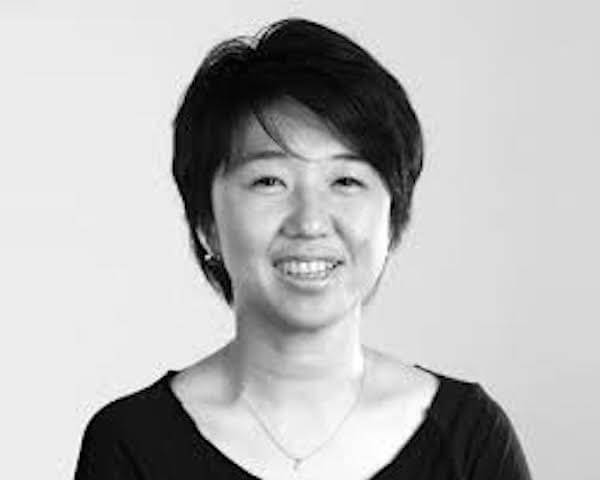 Momoyo Kaijima, who co-founded of the Tokyo-based architecture office Atelier Bow-Wow, is well known for her architecture and for her company's research exploring the urban conditions of micro, ad hoc architecture. Alongside her partner,  Yoshiharu Tsukamoto, she experiments with design theories and new concepts such as architectural behaviorology and micro-public-space. 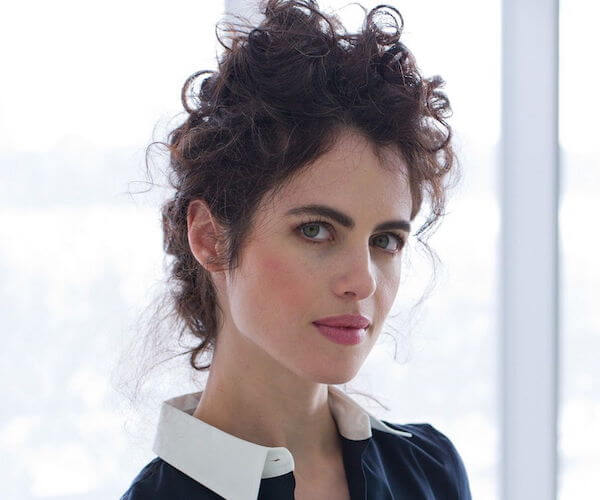 Neri Oxman, an American-Israeli architect and founder of the Mediated Matter group at MIT’s Media Lab, is known for her work that combines environmental design and digital morphogenesis. She also coined the phrase "material ecology" to define her own work, which applies biological elements and computer science to architecture. 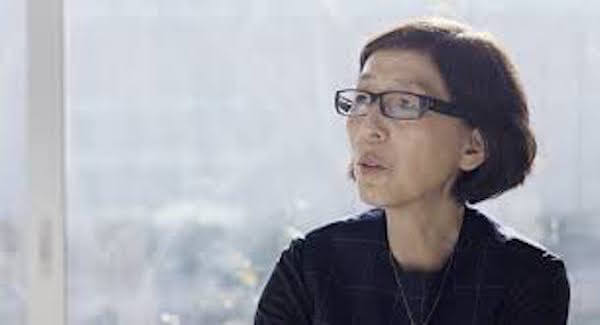 Kazuyo Sejima is the Japanese architect who, with her partner, Ryue Nishizawa, launched a Tokyo-based firm, SANAA, that won awwards for buildings all over the world. They became the 2010 Pritzker laureates, dubbed "cerebral architects" who specialize in "deceptively simple" work. 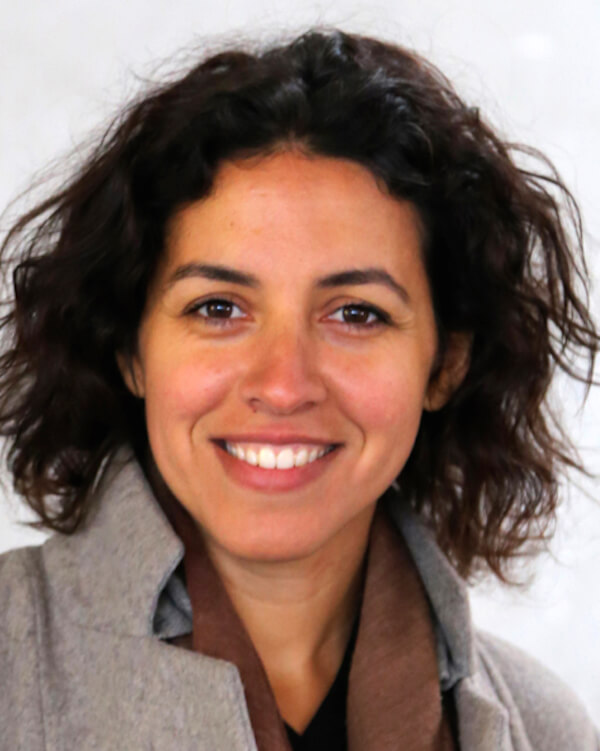 Shahira Fahmy is a Cairo-based architect whose work explores culture, tradition and urban morphology in Egypt. In 2005, she won the Bibliotheca Alexandrina Young Architect Award and, in 2015,she won the Loeb Fellowship at the Harvard Graduate School of Design.

Today, she is an adjunct assistant professor at Columbia Graduate School of Architecture, Planning and Preservation, GSAPP at Columbia University, where she's worked since 2014. She is perhaps most famous as the face of Block 36, a block of residential apartments inspired by patterns and forms of urbanized agricultural pots. 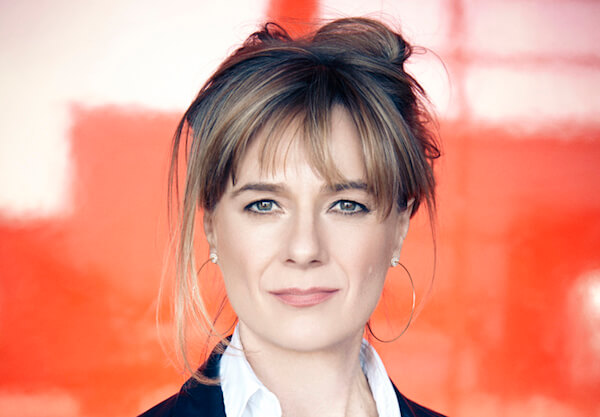 Welsh-born Amanda Levete, a RIBA Stirling Prize winning architect, founder of AL_A and the former co-founder of Future Systems with Czech-born architect Jan Kaplický, has a number of impressive projects tied to her name. She's behind the EDP Foundation’s Museum of Art, Architecture & Technology in Lisbon, and the Guggenheim Museum for example. And other clients include major international cities such as the City of Berlin, the City of Copenhagen, the City of Darmstadt, the City of Helsinki and the City of London. 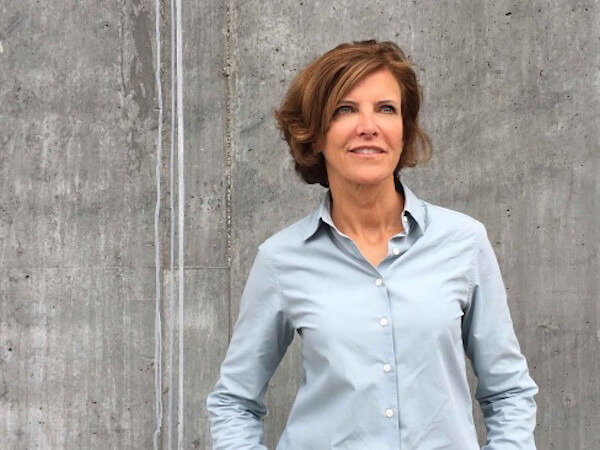 American architect Jeanne Gang is the founder of Studio Gang, which is an architecture and urban design firm with offices in major cities like Chicago, New York and San Francisco. Studio Gang works as a collective of 100 architects, designers and planners, "using design as a medium to connect people to each other, to their communities, and to the environment." 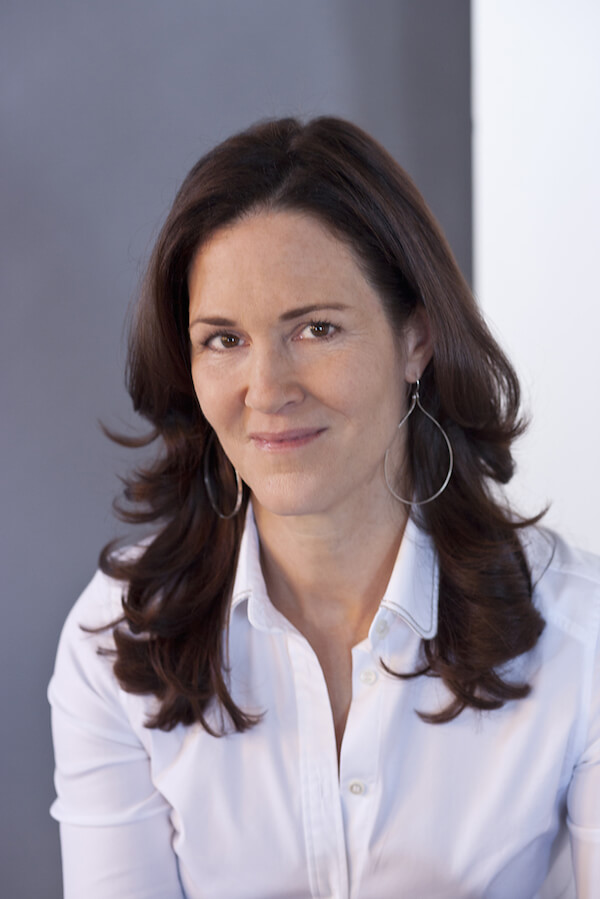 Sharon Davis is the founder and principal of Sharon Davis Design, which boasts a mission to "design extraordinary buildings that alter the future of communities and the people within them." She measures the success of her designs by "the degree to which they expand access to the fundamental human right to social justice, economic empowerment and a healthy sustainable environment."

As an example, Davis has started projects like the Women's Opportunity Center in Rwanda to train and educate local women through farming. 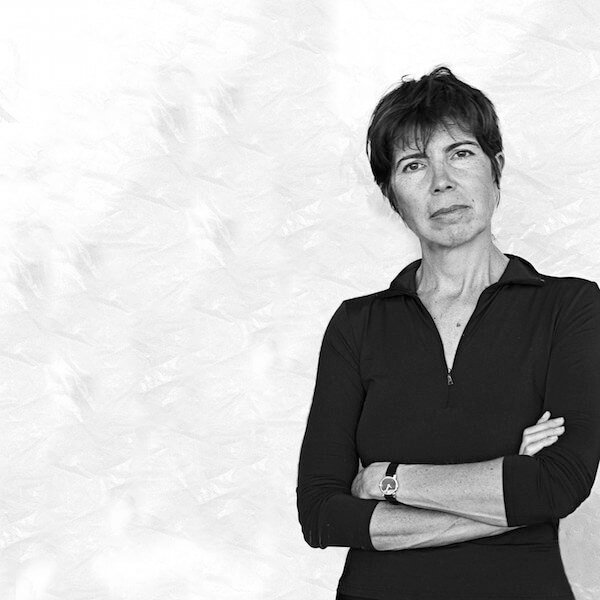 Elizabeth Riller is an architect and founding partner of Diller Scofidio + Renfro, which she started in 1981. She's also a professor at Princeton University and is most famous for the iconic elevated parkland known as New York City's High Line.

In fact, Elizabeth Diller is the only architect named on Time magazine's list of 100 most influential people of 2018.

"She imagines things the rest of us have to see to believe. She can turn a metaphor into brick and mortar," wrote contributor Eli Broad in the citation beside her listing. "Maybe it's because she's a woman in a male-dominated field, or because she was originally a conceptual artist – along with her partner in art, architecture and life, Ric Scofidio — but whatever the reason, Liz sees opportunities where others see challenges. She can do the impossible." 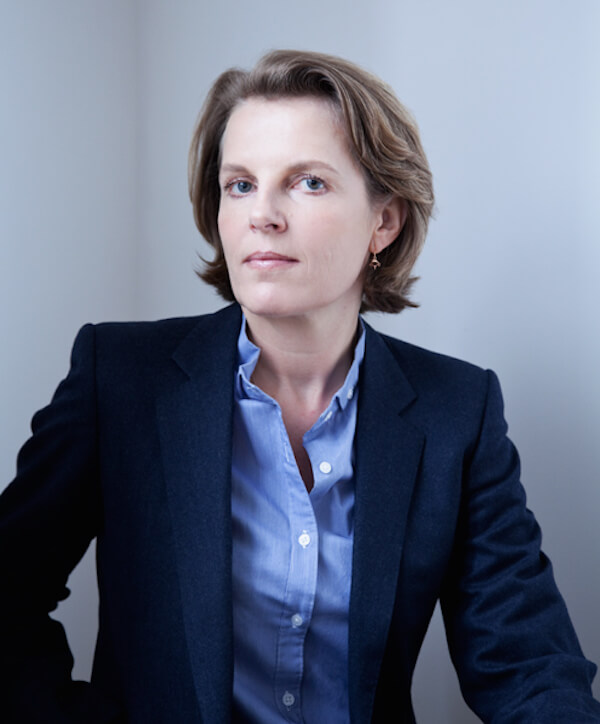 Annabelle Selldorf is a German-born architect who began her career designing and recalibrating art museums and galleries. Today, she is at the helm of Selldorf Architects, her own 70-person architectural design practice that she founded in New York City in 1988. Her clients include cultural institutions and universities such as the Museum of Contemporary Art San Diego, The Frick Collection, The Clark Art Institute, Neue Galerie New York and Brown University.

She's well known for her design at 10 Bond Street and has a number of awards attached to her name. For one, she is a Fellow of the American Institute of Architects and the recipient of the 2016 AIANY Medal of Honor. 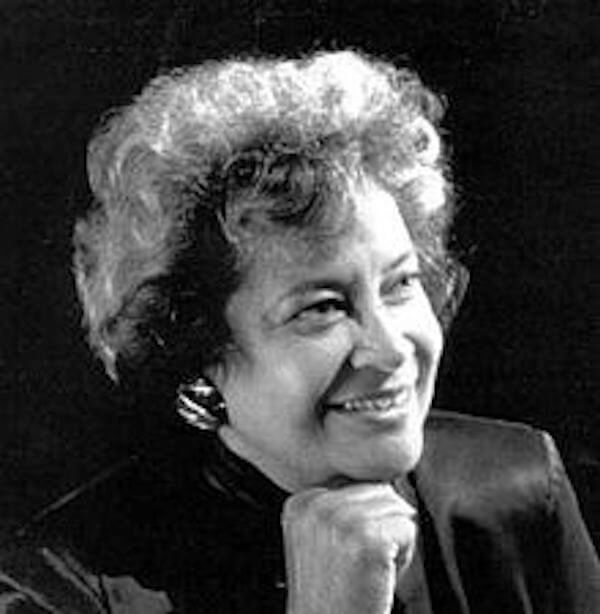 In New York and California, Norma Sklarek became the first black woman to become a registered architect. In fact,  Sklarek was the third black woman to be licensed as an architect in the United States as a whole, after Georgia Louise Harris Brown and Beverly Loraine Greene. She also became the first woman of color to be honored by a Fellowship in American Institute of Architects, and is revered as a role model for young architects of color.

Among her other awards, she won the Association of Black Women Entrepreneurs’ Outstanding Business Role Model Award in 1987, she's earned honors from the National Organization of Minority Architects and the Black Women in Sisterhood for Action, and she was the recipient of the Norma Merrick Sklarek Architectural Scholarship Award established at Howard University.