17 Empowering Female Explorers You Should Know

Women have always traveled the world. In fact, contrary to popular belief, the average adventure traveler is a 47-year-old woman.

Today, the Travel Industry Association of America reports that 20- to 70-year-old women make up three-quarters of those embarking on nature, adventure and cultural journeys. And, according to a 2014 Booking.com study, 72 percent of American women are interested in solo travel and those who pursue it are doing so more adventurously.

This is nothing new. Female explorers have been traversing the depths of the globe, breaking records and shattering stereotypes for as long as time. Here are 17 female explorers from history and modern times who you should know.

17 Female Explorers You Should Know 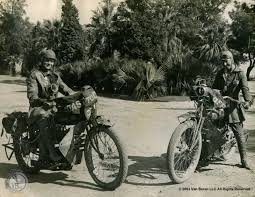 The Van Buren sisters were the first women to journey across the country on solo motorcycles. They didn't even have the right to vote in 1916 when they traveled from Sheepshead Bay in New York City to Los Angeles, California. They were in their 20s when they left on July 4th. They traversed 5,500 miles over hazardous roads, but they arrived safely on September 8th. 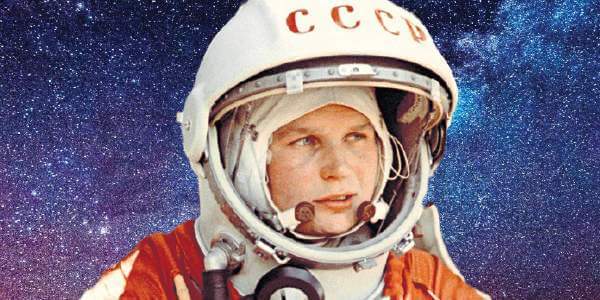 Valentina Tereshkova, a Soviet cosmonaut, became the first woman to travel into space on June 16, 1963. She logged 70 hours, traveling around Earth 48 times while orbiting in the Vostok 6 spacecraft.

Tereshkova only actually went to school from age eight to 16 years old, since her father died in World War II and her family struggled. She worked at factories while taking correspondence courses and completing 126 parachute jumps, which is how she got accepted into the Soviet space program. She went on to earn the title of Hero of the Soviet Union. 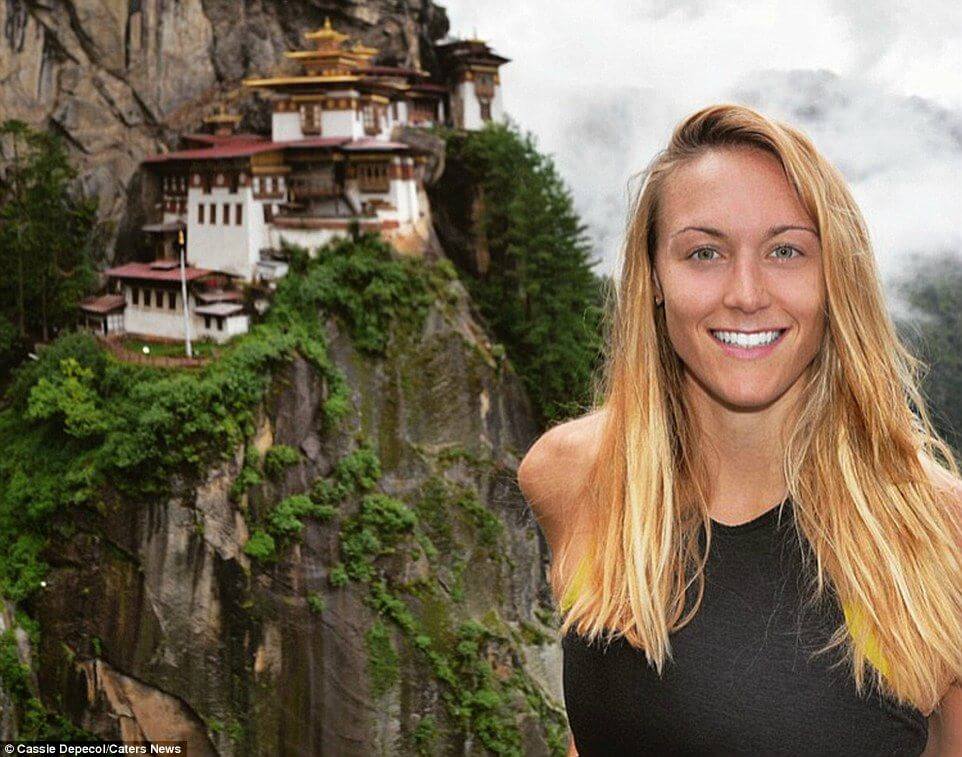 In 2017, Cassie de Pecol became the fastest person to travel to every single one of the world's 196 countries and break a Guinness World Record. She embarked on her journey in July 2015, completing in February 2017, just 18 months and 26 days later at just 27 years old. She submitted legitimate forms of evidence of having traveled to every country, so she's also the first documented woman to visit every country on earth.

On top of visiting everywhere in the world, she's been busy promoting peace through sustainable tourism, calling herself the "chief explorer" of Expedition 196. Along the way, she's also served as an ambassador for the International Institute of Peace Through Tourism and has collected water samples for Adventurers and Scientists for Conservation. 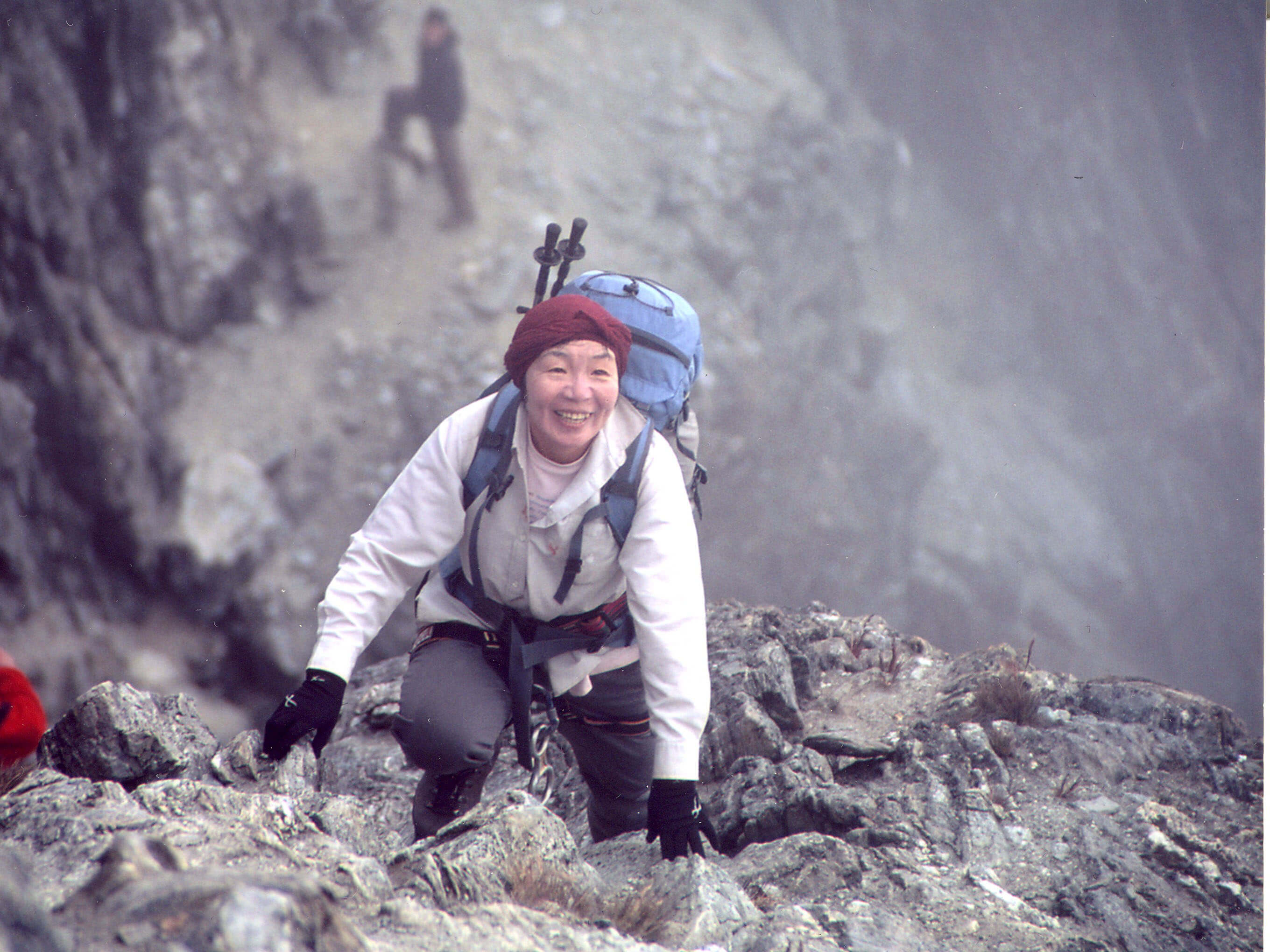 She recently died at 77 years old after battling cancer, but she continued climbing through treatment. 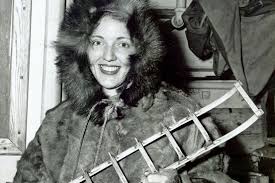 Caroline Mikkelsen became the first known woman to set foot in Antartica, albeit briefly, in 1935. Her legacy inspired Americans Edith Ronne and Jennie Darlington, wives of Ronne Antarctic Research Expedition members, to spend their first winters on the continent. 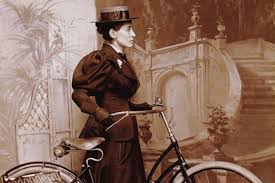 Annie Londonderry is known for her epic cycling trip around the world between 1894 and 1895. She completed the news-breaking journey in a total of just 15 months, carrying only a change of clothes and a pearl-handled revolver. She became a global celebrity in the process, making her money from advertisements. 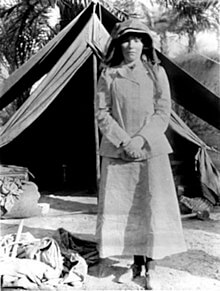 Gertrude Bell was an Oxford graduate who became a writer and archaeologist who traveled all across the Middle East, Asia and Europe for her work. She wrote books that shared the clear concept of Great Britain's empire's outer territories. She's most well known for her contribution to the Conference in Cairo in 1921, when the beginnings of Iraq as a nation started. 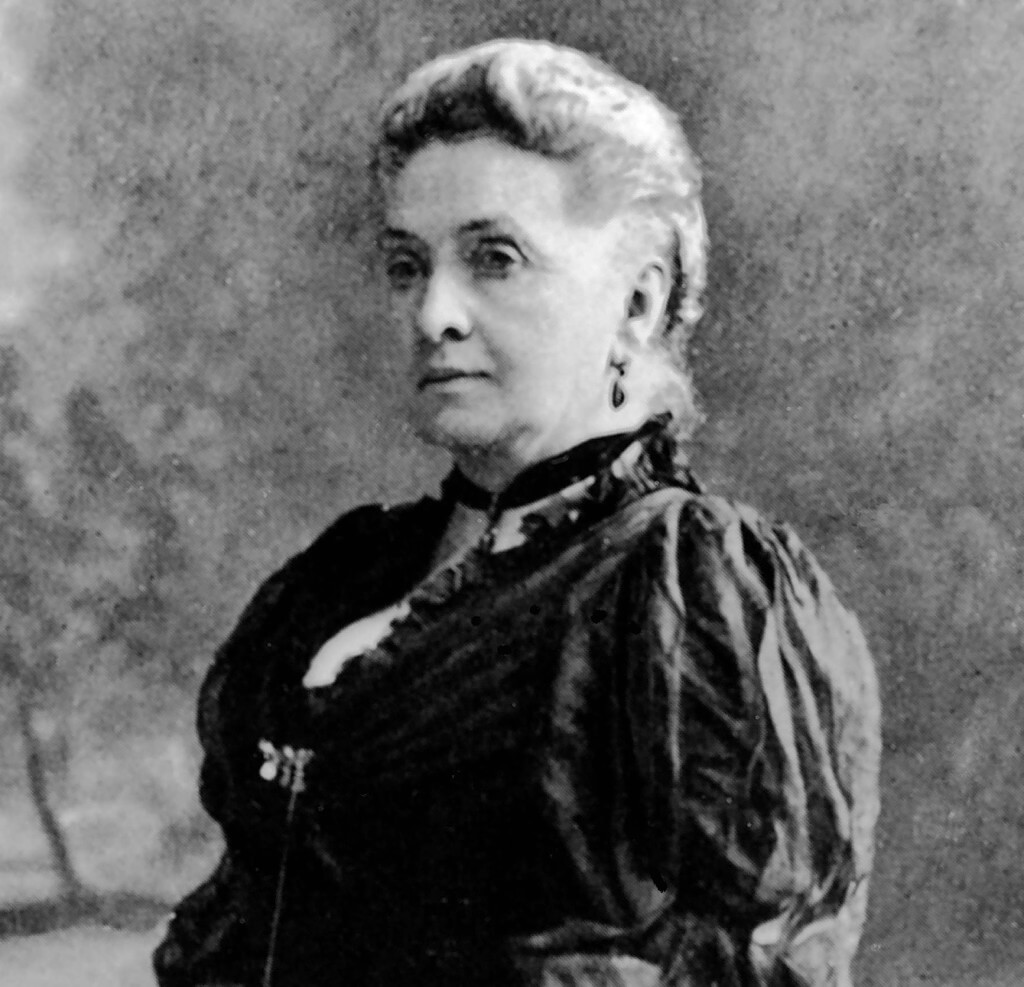 Isabella Bird's world travels are well documented. She wrote her first book after coming to the United States in 1854, and then traveled to Australia and Hawaii, where she famously trekked up an active volcano. She also went on to explore Colorado's Rocky Mountains before visiting Japan, China, Indonesia, Morocco and the Middle East — all of which resulted in books like The Lady's Life in the Rocky Mountains, Unbeaten Tracks in Japan and The Yangtze Valley and Beyond.

She was later inducted into the Royal Geographical Society of London in 1892, becoming the first woman to ever earn the honor. 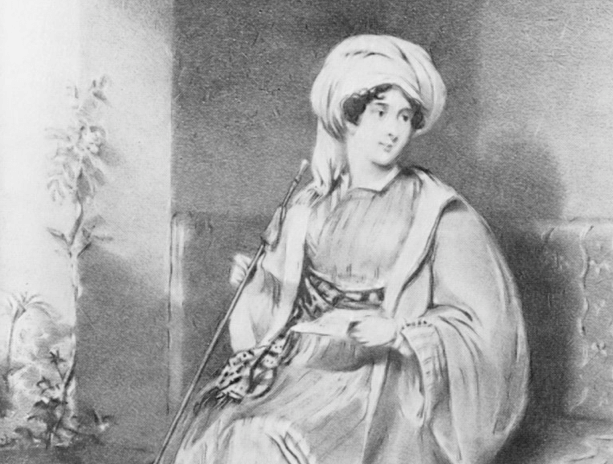 Lady Stanhope was an English socialite who, after a string of messy romances, left England to never return again. She was 33 years old and went on to become the first Biblical archaeologist, journeying to Greece, Turkey, France and Germany. She later traveled through Israel, Lebanon and Syria wearing mens clothing, named Queen of the Desert by the Bedouin tribes, and convincing Ottoman authorities to allow her to excavate the ruins of Asheklon in 1815. 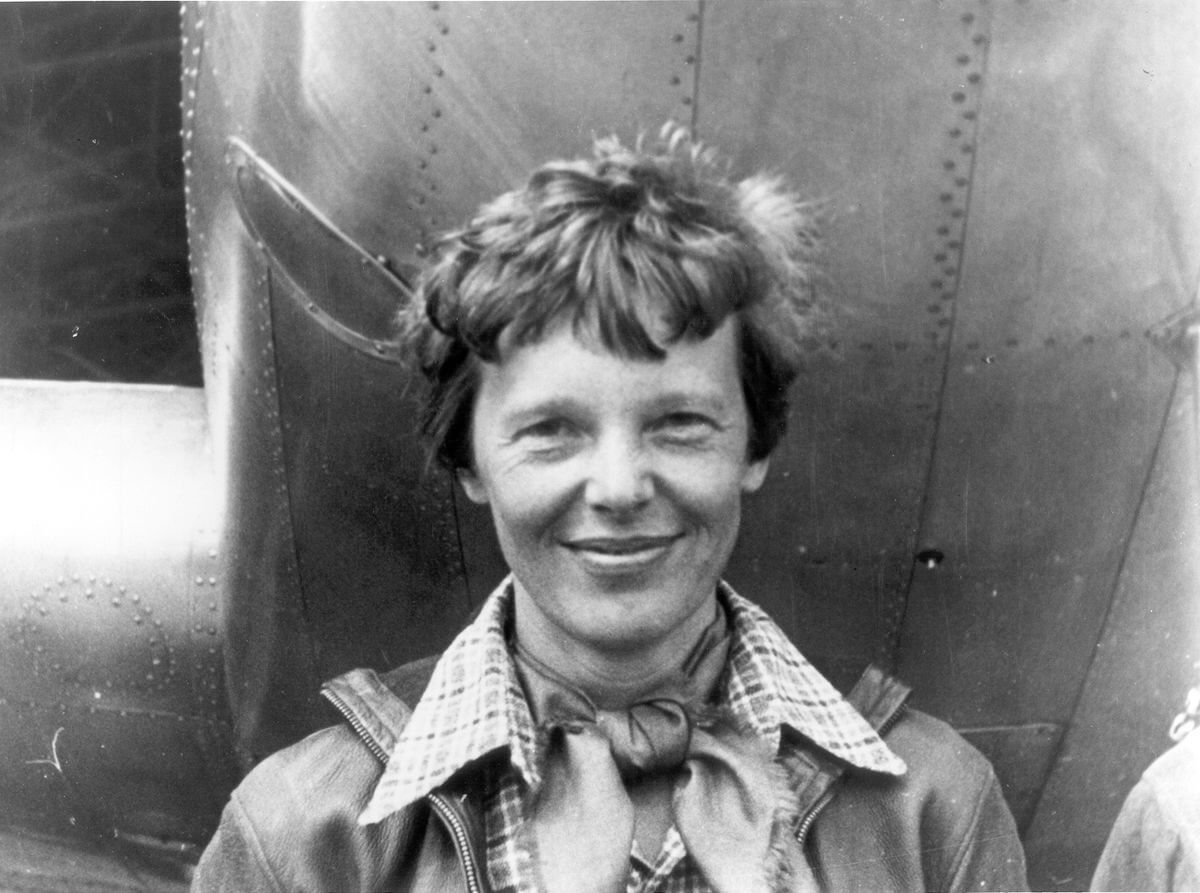 Amelia Earhart is famous for becoming the first female pilot to ever fly across the Atlantic Ocean. She took her first flying lesson on January 3, 1921, and she bought her own plane six months later. Just a year later, she broke the woman's world altitude record, reaching 14,000 feet. 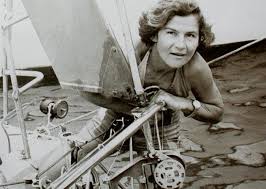 Krystyna Chojnowska-Liskiewicz was a Polish sea captain and shipbuilding engineering who earned herself the title of "First Lady of the Oceans." That's because she became the first woman to ever sail solo around the world in 1976. She left from the Canary Islands on February 28th in her ship, Mazurek, and traveled through the Caribbean and Panama Canel to the Pacific Ocean. From there, she went across the Indian Ocean and down around Africa, returning to the Canary Islands on April 21, 1978. She covered 31,166 nautical miles in 401 days. 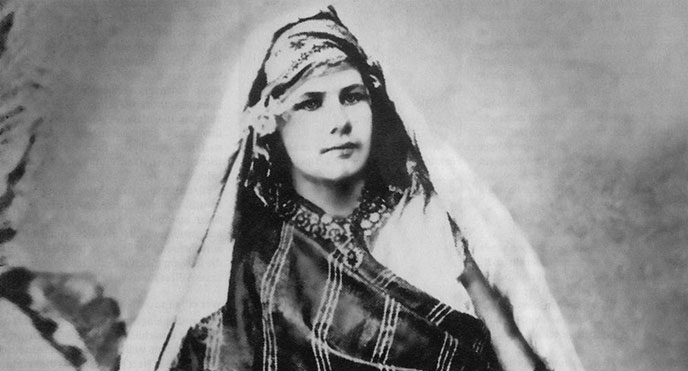 Isabelle Eberhardt, who was born in 1877 to a Prussian aristocrat and an ex-priest turned anarchist, started wearing men's clothes. At 20 years old, she converted to Islam. And by the 1890s, she began traveling solo through North Africa, presenting herself as a Muslim man named Si Mahmoud Saadi.

Over the course of her travels, she participated in revolts against French colonialism, wrote travel essays for French magazines and even survived an assassination attempt before dying at 27 from a flash flood in a desert. 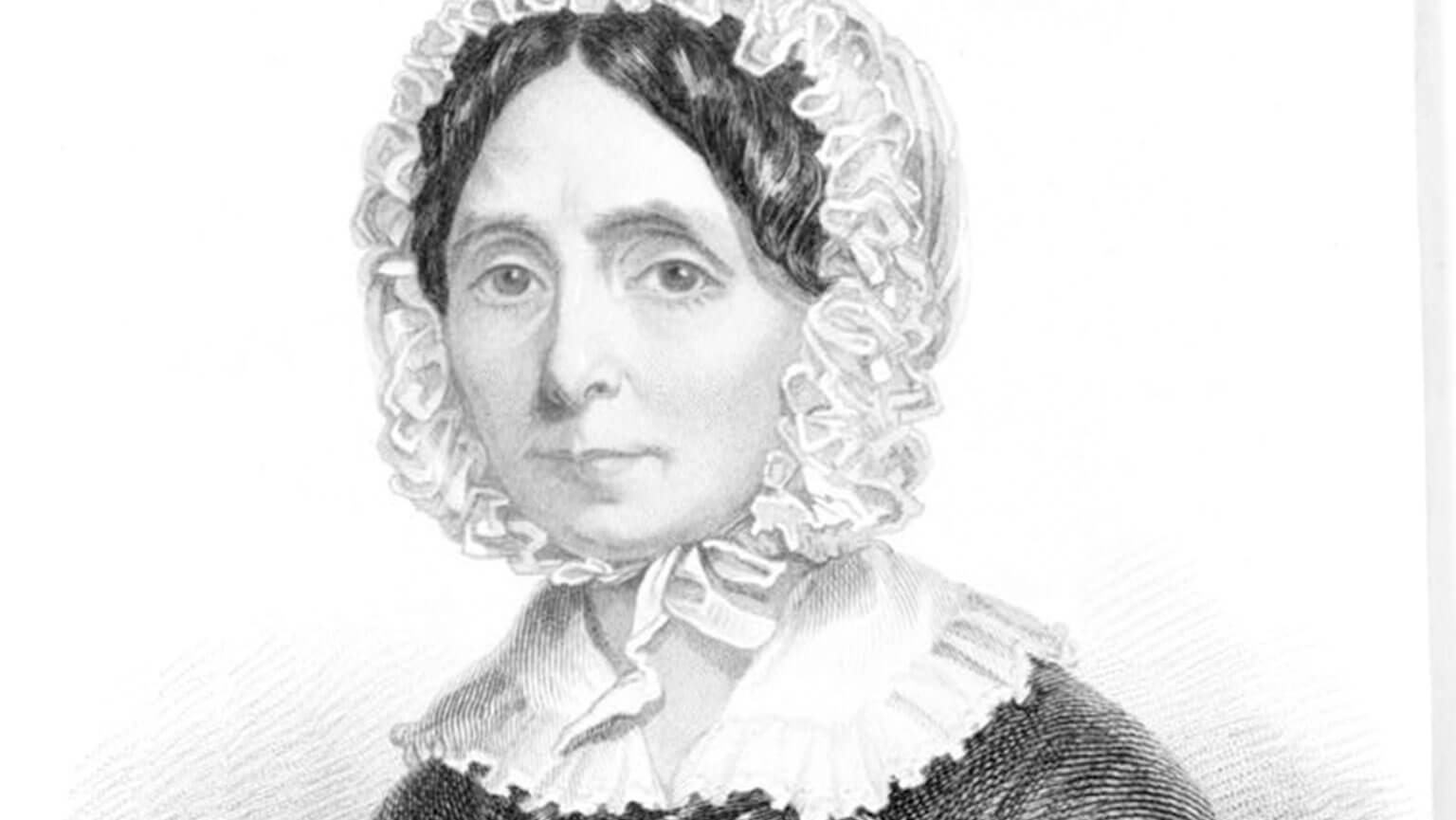 Ida Pfeiffer was an Austrian globetrotter who is celebrated as one of the world's first female explorers. She took her first trip to the Holy Land, and then went on to travel to Istanbul, Jerusalem and Giza, visiting the pyramids on camelback. She detoured through Italy on her way back, detailing her travels in her first published book in 1846. Thanks to its success, she could afford more travels to Iceland and Scandinavia, which became the subjects of her next book, which again funded later journies to countries like Brazil, Iraq, China, India, Bornep and Indonesia. 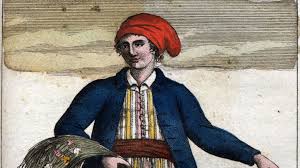 Jeanne Baré, a French sailor, was the first woman to circumnavigate the world in the 1700s. She disguised herself as a man and was offered a commission from the French government to sail the world and conduct research. She did so with her lover, Philibert de Commerson, still dressed as a man and called "Jean." She was caught not long thereafter.

When she got back to France, however, the Navy paid tribute to "this extraordinary woman," acknowledging her work gathering new plant species. They gave her a pension of 200 livres a year. 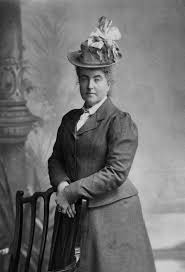 Fanny Bullock Workman was a mountaineer, geographer, cartographer and travel writer who traveled with her husband William Hunter Workman, M.D. She broke a number of women's altitude records and went on tons of arduous trips, such as bicycle rides through India and treks up the Himalayas.

She became the first American woman to lecture at the Sorbonne in Paris, and the second female explorer ever allowed to address (and eventually join) the Royal Geographical Society of London. 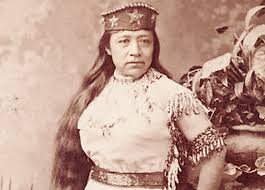 Sarah Winnemucca was a Native American born to the Piute tribe in Nevada in 1844. She was skilled in several languages, which helped her to become a translator for the various Native American communities and the U.S. army during times of conflict. Winnemucca had to travel extensively to speak and write on behalf of the Native American tribes like her own, spreading information about the mistreatment of her people. 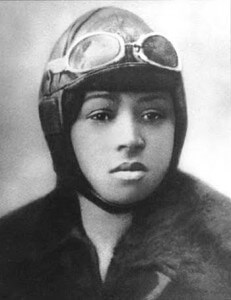 Bessie Coleman became the first black female pilot in the world, even though she was banned from taking flying lessons in the U.S. because of her skin color. She traveled to France to learn her piloting skills, eventually returning home to perform in aerial shows and advocating for an African-American flight school. Her refusal to participat in segregated events made her one of the most renowned advocated for gender and racial equality of her time.