Traditional folk music is a genre without authors. Essentially, the genre defines itself by the anonymity of its writers and rote memorization; traditional folk consists of songs passed orally from generation to generation that go great with a bonfire and a friendly gathering. However, folk was given new life in the 1960s, when the contemporary folk music movement began brewing.

The folk revival did not draw its folk-ness from the fact that it was recognized by common folk but rather that it spoke for them. In the late 20th century, these artists, using their acoustic guitars and their raw, real vocals, launched huge critiques of society and called attention to rights issues from civil to environmental. These protest songs were successful in raising awareness and entirely revolutionary on the music scene; before contemporary folk music emerged, music was not generally considered a political tool. That’s what makes the genre of folk special — all those artist-activists sang (and still sing) for a cause they believed in.

History of women in folk music.

One key difference between traditional and contemporary folk is that the newer movement was no longer authorless; many artists like Bob Dylan and Neil Young were able to soar to international fame thanks to their heartfelt songs demanding justice and societal change. With its aspirations toward equality, folk music also necessarily facilitated opportunities for usually-ignored women to create a platform and speak out about issues that mattered to them. Music is uniquely capable of raising awareness, since listeners who love a song are compelled to try to understand its message. Female folk artists often take advantage of that particular power by infusing their songs with hidden meaning or speaking directly to a problem; they also move beyond simply raising awareness by holding benefit concerts, donating profits to organizations that work towards social justice.

Take a listen to this list of female folk singers if you’re craving some folk music with a feminist touch. 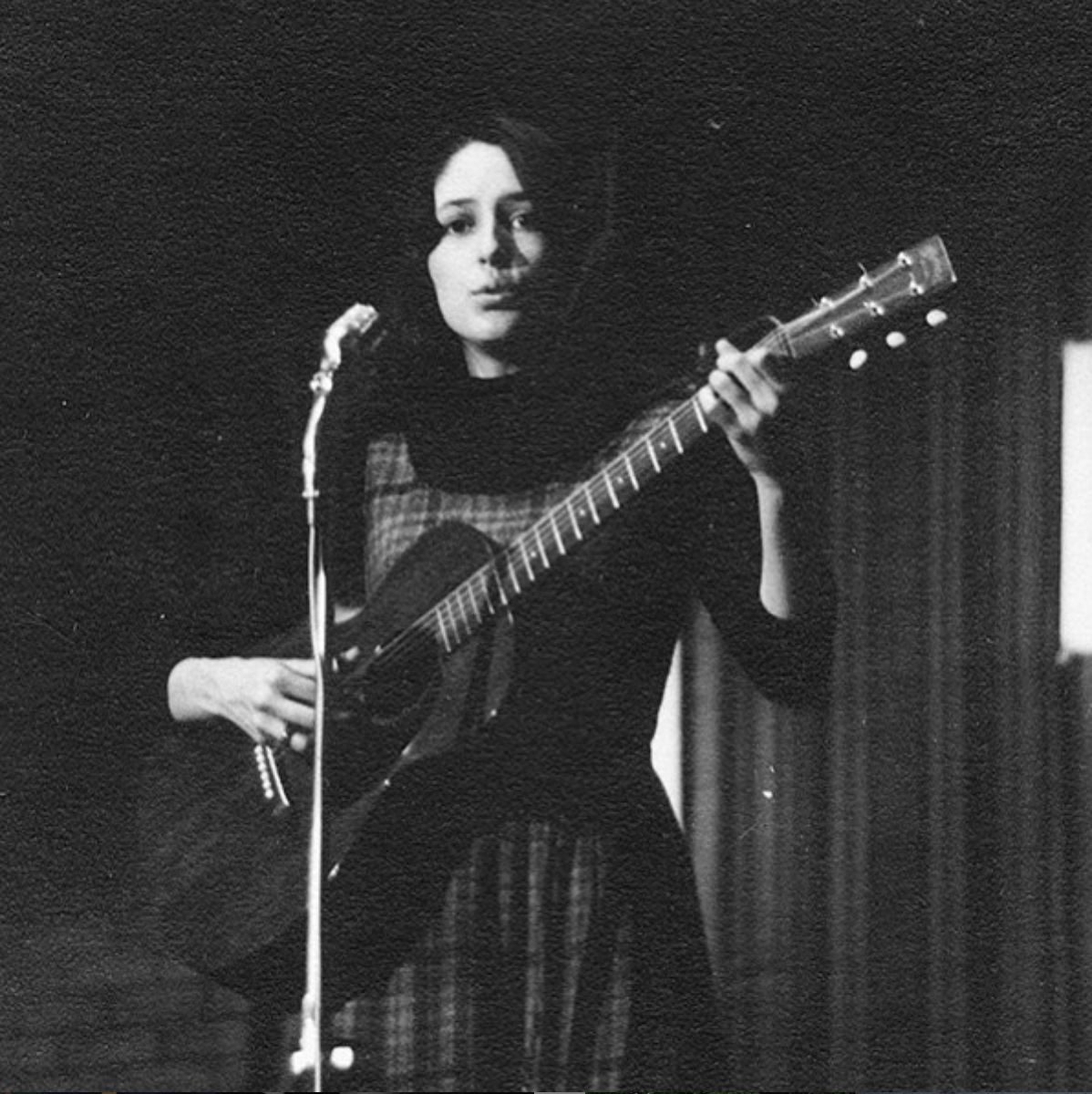 In 1960, Joan Baez released her first album, named simply Joan Baez, and that was all she needed to jumpstart a decades-long career chock-full of activism. Her songs address everything from Civil Rights to the death penalty, from the Vietnam War to Occupy Wall Street. Baez is bilingually fluent in English and Spanish and has published songs in at least eight languages, so people all over the world can connect with her music. If you’re looking to dip your toe into the Joan Baez oeuvre, “Diamonds & Rust” is one of her most famous songs and showcases her spooky, often doleful tone beautifully.

Odetta dedicated much of her profound music to the Civil Rights movement, earning her the title “Queen of American Folk Music,” according to Martin Luther King, Jr. She was primarily a folk musician, though she was also influenced by the genres of jazz and bluegrass. Her voice is deep, almost tenor-like, and her scatting is phenomenal. A good introduction to her music is the song “Hit or Miss” off her 1970 album Odetta Sings. When she repeatedly reproaches herself with the lyrics “I gotta be me,” you can feel a real weight behind the words and connect to her deeper message — how difficult self-love can be.

This folk icon put out her first solo album at the age of 22 in 1961. Her capable voice and prodigious piano playing quickly won her acclaim on the folk scene, although at first, she primarily recorded covers of other artists’ songs (most notably, her highly regarded cover of Sondheim’s “Send in the Clowns”). By the 1970s, she had begun writing and recording original songs, and over the course of her career, she has recorded several protest songs, speaking out against gun violence and lending support to the fight for reproductive freedom, among other causes. 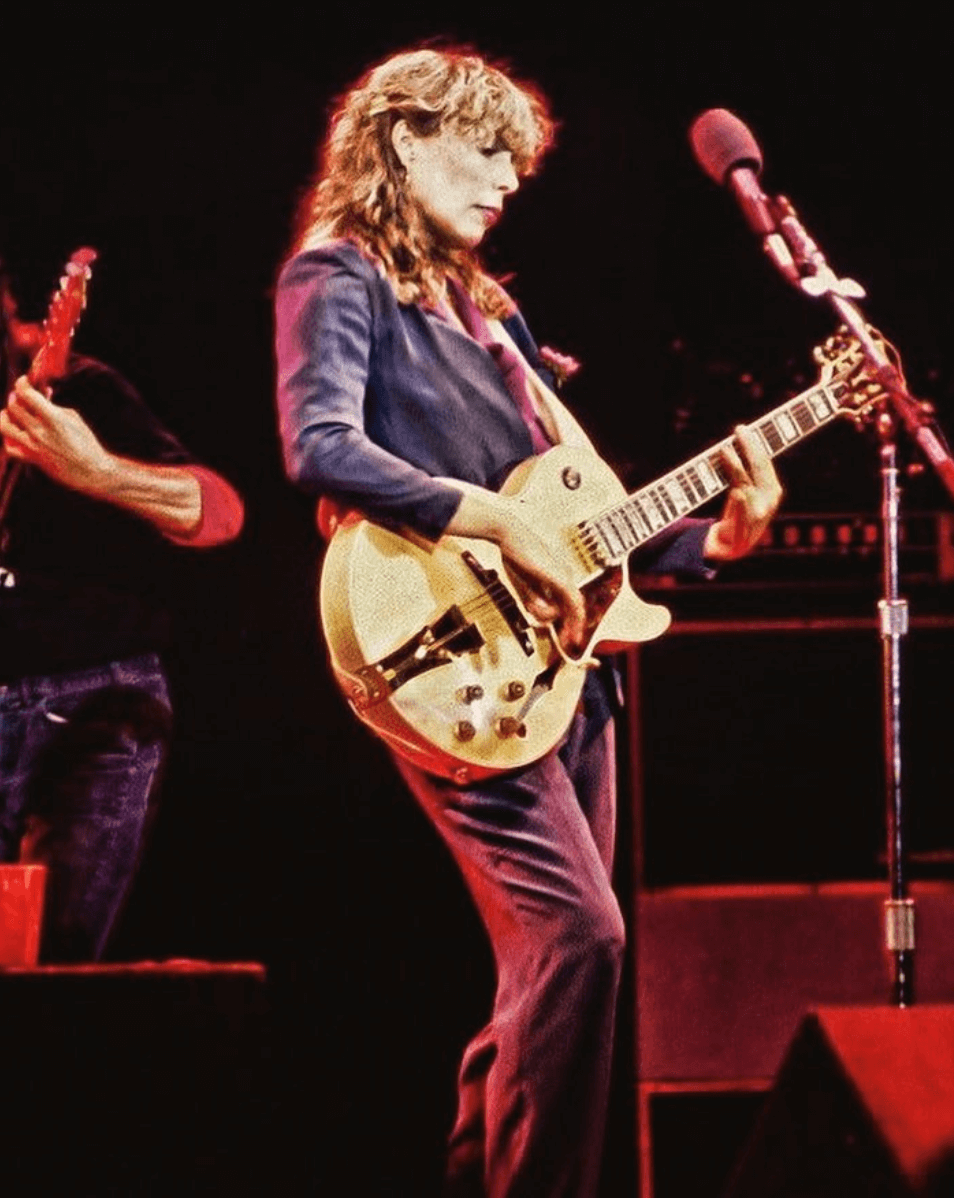 Joni Mitchell’s voice has, in some ways, come to define the late 20th century. Her often genre-defying melodies and clever lyricism have inspired so many singer-songwriters that her influence has touched almost every area of current music. Her first solo album, Song to a Seagull, was released in 1965. She produced every record she ever put out and designed her own cover art, too. Listen to “All I Want” off her album Blue to hear exactly what made her such an excellent performer — those delicate vocal stylings and strange chord choices are all carefully calculated to create a very distinct sound.

"People Look Around," released in 2006 and dedicated to the victims of Hurricane Katrina, is an unapologetic protest song that demonstrates Catie Curtis’ commitment to fighting injustice. She issues a militant complaint about the leadership in government, saying, “The Mississippi River divides this land in two / Like the way we tend to think of things: black and white, red and blue.” Hurricane Katrina is, of course, not her only cause; motivated by her identity as a lesbian, Curtis has also fought bitterly for same-sex marriage and became ordained to perform marriage ceremonies in 2010. 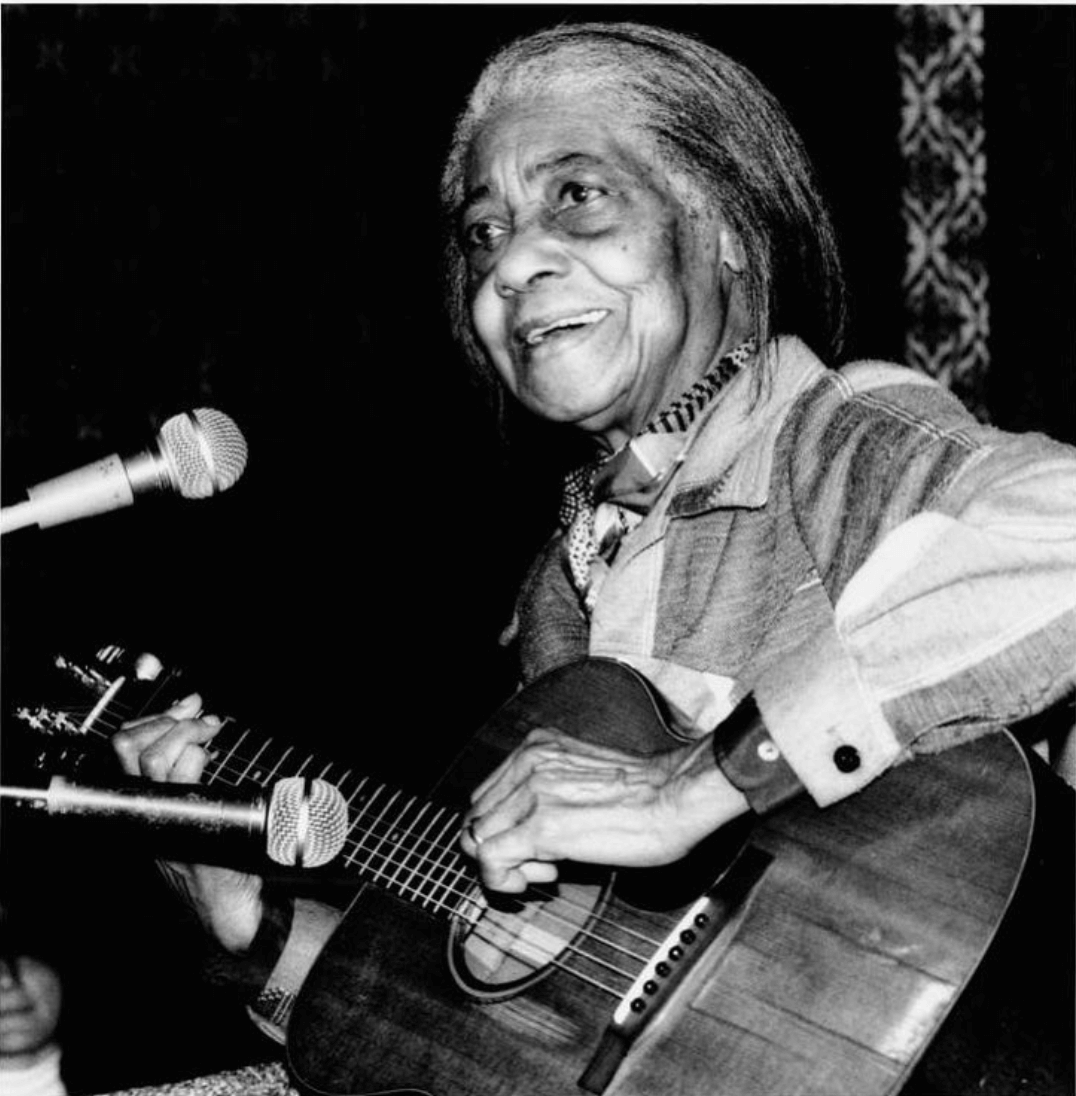 On her own recordings, Cotten’s rough, untrained voice combines with her spellbinding strumming to create songs that feel almost like lullabies. A self-taught left-handed guitar player, Cotten’s special method for playing a right-handed guitar upside down has become known as “Cotten picking.” She mostly penned songs for other artists to record; to hear the great songwriter sing out her own lyrics, you can check out her song “Freight Train,” written when she was only 11 years old and subsequently recorded by a plethora of folk artists (including Joan Baez).

Dar Williams’ work is often said to have been influenced by Joan Baez and Joni Mitchell. Her soprano vocals are clean and catchy and demand attention. In a song that has been adopted by Bryn Mawr College students as their unofficial anthem called “As Cool as I Am,” Williams preaches about creating empathy between women. In addition to speaking out on behalf of women, she authored a book called What I Found in a Thousand Towns: A Traveling Musicians Guide to Rebuilding America's Communities, which parcels up lessons she learned from her experiences touring across America, with the goal of restoring a sense of community that has disappeared from small towns throughout the nation. 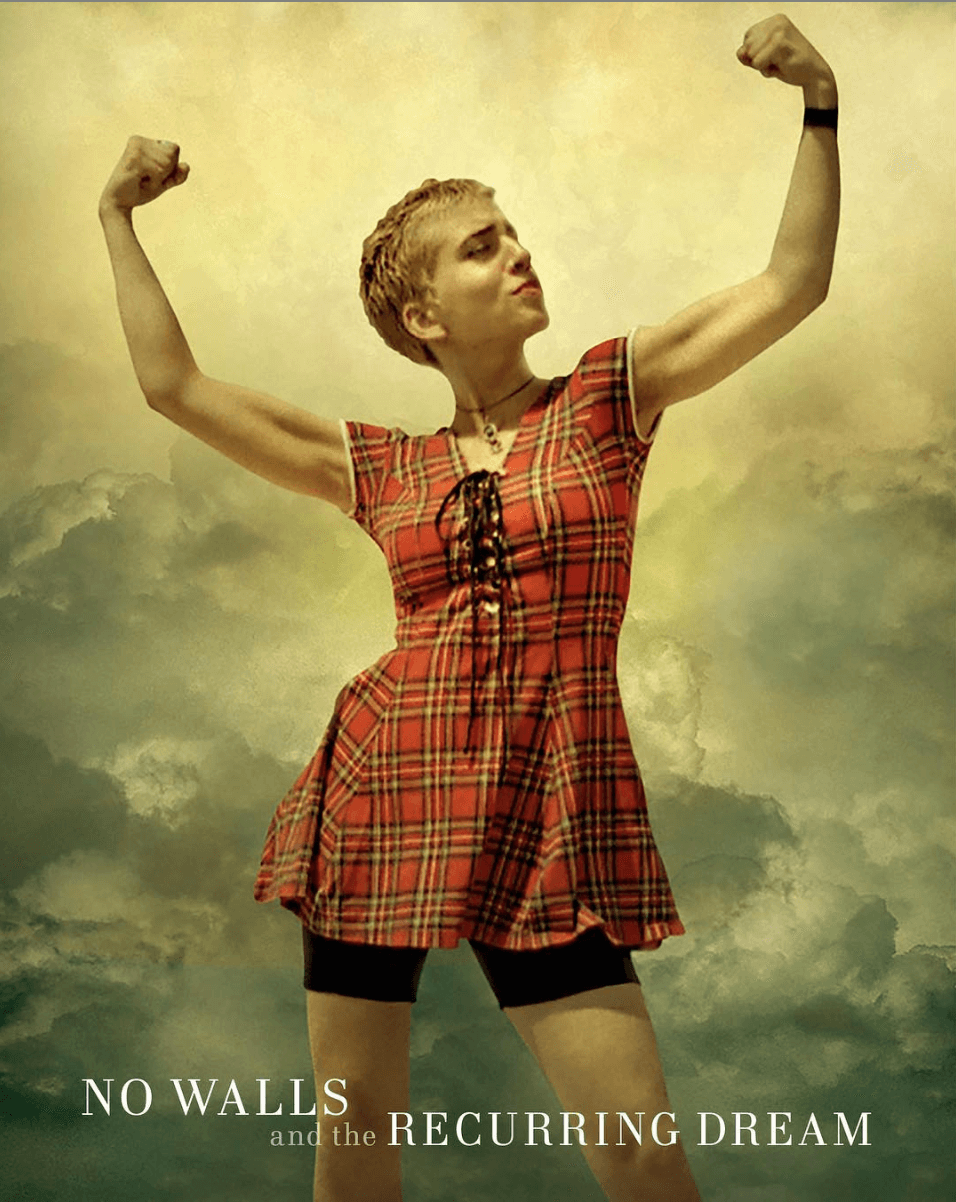 At the age of 19, Ani DiFranco founded her own recording label called Righteous Babe Records. This platform allowed her to share her dynamic, breathy voice with the masses and also enabled her to lift the voices of other “righteous babes” up to the public eye. She has fought for abortion rights and in support of the LGBTQIA+ community. Check out her song “Both Hands” to hear some of her characteristic, fast-paced patter and cunning rhyme scheme.

This British singer dabbled in several genres, only one of which was folk, but had significant influence in the folk music world. Her song “Who Knows Where the Time Goes” was recorded by many important folk artists, among them Judy Collins. Her reedy voice and heavy guitar presence make her music distinct and dirge-like. She died tragically in 1978 at the age of 31 after health troubles rooted in addiction.

This famous duo, comprised of Amy Ray and Emily Sailers, is best known for the hit single “Closer to Fine,” which came out in 1988. The two met in elementary school, started playing together in high school and later attended college at Emory University together, where they started performing under the name Indigo Girls. These two have always used their voices — in perfect and dazzling harmony — to speak up about issues important to them, like LGBTQIA+ rights and the environment. 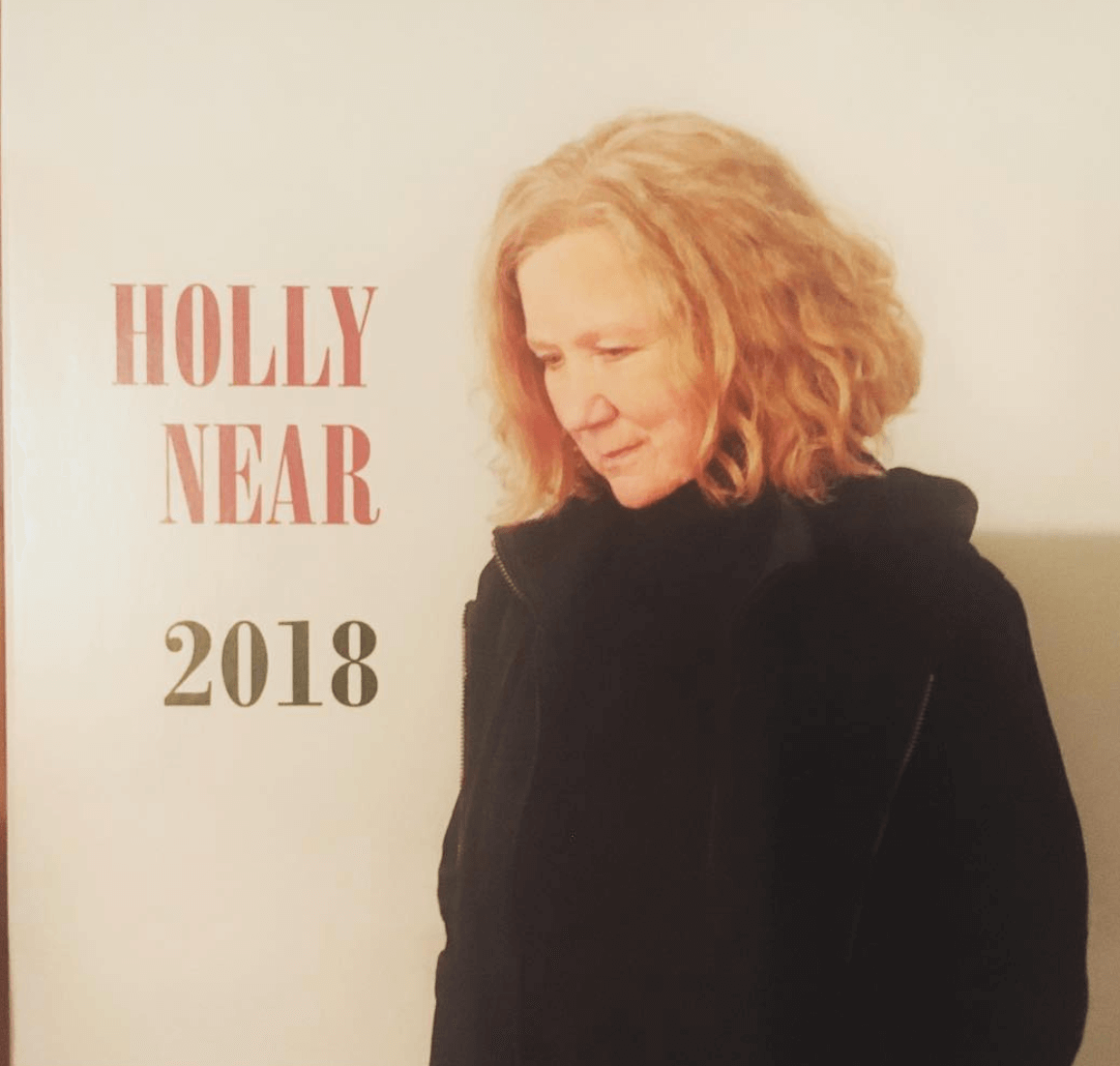 Holly Near started her career in musical theatre and later transitioned into recording folk music when she joined an anti-war traveling performance troupe in 1971. A year later, she formed her own recording label, Redwood Records, with the goal of attracting artists who also identified as activists. More recently, she released an album called 2018, which focuses on issues like damage left by Hurricane Maria in Puerto Rico and domestic violence. Off that album, “Someone Was Brave Before Me / Move On Over” is a beautifully layered, harmonic protest in a cappella form that's well worth a listen.

This article reflects the views of the author and not necessarily those of Fairygodboss.

Hannah is a writer and teacher in Washington, D.C.

What’s one female folk singer you think is overlooked? Share your answer in the comments with other Fairygodboss members!