Mystery Woman
Tell us more for better jobs, advice
and connections
YOUR GROUPS
Discover and join groups with like-minded women who share your interests, profession, and lifestyle.
COMPANIES YOU FOLLOW
Get alerted when there are new employee reviews.
YOUR JOB ALERTS
Get notified when new jobs are posted.
Great Women

If you’ve watched any of Amazon’s The Marvelous Mrs. Maisel, you’ll be familiar with the discrimination women faced in comedy not even a little more than a half-century ago. But now, with Netflix specials and woman-led comedic movies easily available, times have changed — and we should start celebrating the woman comics who are breaking ground and cracking smiles. Here are 11 female comedians who have done it all, whether it’s writing and producing and starring in their own shows, winning awards and award nominations or using their platform for important activism.

Ali Wong rose to fame with her hilarious 2016 Netflix special Baby Cobra, which details everything from Wong’s sexual escapades to her own pregnancy. Two years later, she released a second Netflix special, “Hard Knock Wife,” and returned with another baby bump with the same bold, matter-of-fact humor with jokes about marriage and motherhood. You can read the letters Wong wrote to her two daughters (while still in utero) in her New York Times bestselling book Dear Girls. Outside of standup and book writing, Wong voiced the co-protagonist in and executive produced Netflix’s Tuca and Bernie and co-wrote and starred in the romantic comedy Always Be My Maybe. 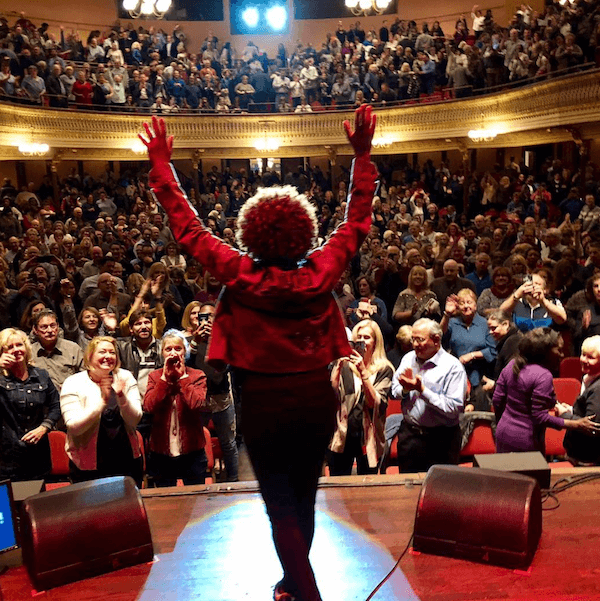 Wanda Sykes started her comedy career in standup, performing in the late 1980s and 1990s until she got her break opening for Chris Rock. She soon began writing for and appearing on The Chris Rock Show and received a Primetime Emmy Award for her writing in 1999. Sykes has since performed in a wide variety of TV shows and films, including The New Adventures of Old Christine, Curb Your Enthusiasm, My Super Ex-Girlfriend and Over the Hedge. Her HBO comedy special, Wanda Sykes: Sick & Tired, was nominated for a 2007 Emmy Award. Sykes is also known for her activism: she won a GLAAD Award for her work as an LGBT civil rights activist and was the first African American woman and first openly LGBT person to perform as the featured entertainer for the annual White House Correspondents’ Association.

Tina Fey’s done it all, from acting to comedy writing to producing and even playwriting, with critical acclaim across the board. After starting her comedy journey in an improve group in Chicago, she joined Saturday Night Live as a writer and went on to coanchor SNL’s Weekend Update and portray a satirical version of Sarah Palin on the show. She continued writing for television with 30 Rock and starred as the show’s Liz Lemon. Fey currently has a musical on Broadway,  Mean Girls, which is a theatrical version of the 2004 film she wrote and co-starred in. Her memoir, Bossypants, was on The New York Times Bestseller List and won a Grammy nomination for Best Spoken Word Album.

Amy Poehler may be a household name for her starring role in Parks in Recreation and Saturday Night Live or even as a lead voice in the hit film Inside Out. Poehler’s experience is hilarious and engaging across the board, earning her a star on the Hollywood Walk of Fame for her work in television, a Golden Globe Award for Best Actress in a Television Musical or Comedy Series and a Critics’ Choice Award for Best Actress in a Comedy Series. She began her career in improv in Chicago and joined Tina Fey in a Second City touring company before co-founding Upright Citizens Brigade, another comedy troupe, and founding the Upright Citizens Brigade Theatre. Most recently, she made her film directorial debut with Netflix’s Wine Country, in which she also starred.

“Some people call me an inspiration. Some people call me a bellend,” reads Rosie Jones’s Facebook page. As a stand-up comedian and writer with ataxic cerebral palsy, Jones has risen to fame with a hilarious comedic style that incorporates her slower speech pattern, subverting expectations of comedic timing. She’s performed twice at the Edinburgh Festival Fringe and received critical acclaim for her routines. Outside of standup, Jones has written for panel shows Harry Hill’s Alien Fun Capsule, Would I Like to You?, The Last Leg and 8 Out of 10 Cats Does Countdown. She released a podcast in June of 2019 called Daddy Look at Me with Helen Bauer, a fellow comedian. 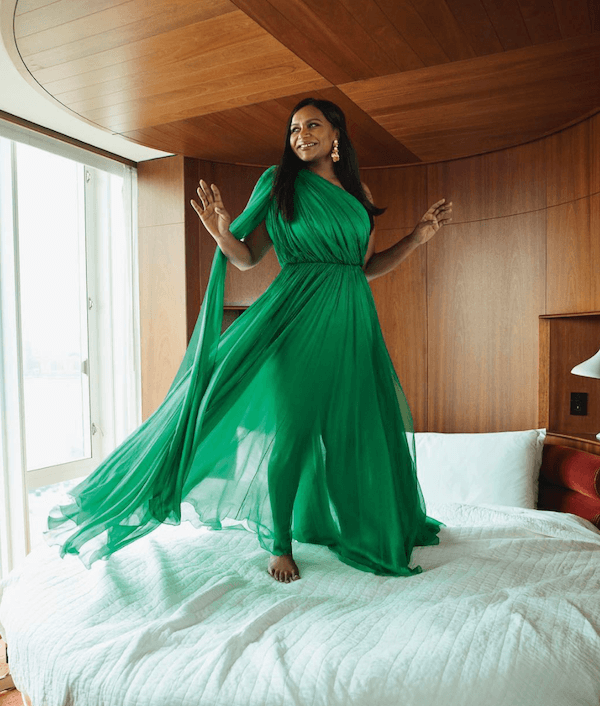 Mindy Kaling’s standup career may not be her most famous achievement, but her comedy is infused in dozens of other successful comedic projects that have since garnered her fame. Kaling first landed a role on NBC’s The Office, acting as the show’s Kelly Kapoor, but later writing, executive producing and directing for the show. She received a Emmy Award for her work. Kaling continued her work in television, creating, writing, producing and starring in Fox/Hulu’s The Mindy Project and co-creating, writing and producing NBC’s Champions. Her writing abilities also shine through in her two New York Times Bestselling memoirs, Is Everyone Hanging Out Without Me? (And Other Concerns) and Why Not Me?. On the screen, Kaling has voiced a few characters in Despicable Me, Wreck-It Ralph and Inside Out; she’s had starring roles in The Night Before, A Wrinkle in Time, Ocean’s 8 and Late Night.

Leslie Jones is most well known for her work as a cast member on Saturday Night Live, especially for her performances on the show’s Weekend Update. She’s also appeared in Chris Rock’s directorial debut Top Five, Trainwreck and the reboot of Ghostbusters. After joining the cast of SNL in 2014, Jones was nominated for an Emmy Award for Outstanding Supporting Actress in a Comedy in both 2017 and 2018. Jones recently left the SNL cast in 2019 but continues to pursue stand-up — the work that started her comedy career. She will appear in a Netflix special later this year.

Known for her slew of satirical celebrity impressions and character acting, Kate McKinnon is not just a Saturday Night Live cast member but also sketch comedy star and actress. After starting her work in the series The Big Gay Sketch Show, McKinnon turned to SNL and currently stands as the show’s longest-serving female cast member. She’s been nominated for and won numerous television awards, including seven Emmy Awards: six for Outstanding Supporting Actress in a Comedy Series (winning twice in 2016 and 2017) and one for Outstanding Original Music and Lyrics for “(Do It On My) Twin Bed,” which was featured in SNL. 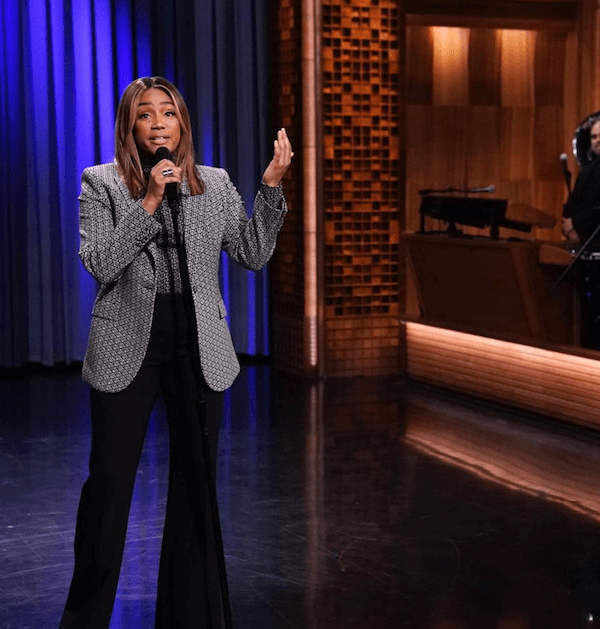 Tiffany Haddish may have broken onto the scene with her role in Girls Trip, but she’s no newcomer to television or film. Haddish’s enjoyed numerous television guest roles — joining the cast in everything from That’s So Raven to New Girl. She played a recurring role in NBC’s The Carmichael Show before co-starring in the comedy Keanu alongside Jordan Peele and Keegan-Michael Key. Since her breakout movie, Haddish published her first memoir, The Last Black Unicorn, and became the first black female stand-up comedian to host Saturday Night Live, earning her an Emmy Award. Currently, she voices Tuca in Netflix’s Tuca & Bertie. She also released a comedy special on the platform last year and starred in Like a Boss, the first studio comedy of the new decade.

“I Got 99 Problems…Palsy is Just One” reads the title of Maysoon Zayid’s Ted Talk, which has been viewed over a billion times. Self-described as a “Palestinian Muslim virgin with cerebral palsy,” Zayid is one of America’s first Muslim women comedians, unafraid to talk about serious topics like terrorism or the Israel-Palestine Conflict. She’s the co-founder and co-executive producer of the New York Arab American Comedy Festival and The Muslim Funny Fest and landed a recurring role on General Hospital last year. Zayid’s comedy and performance work also translate to her activism: she runs an arts program for children in refugee camps in the Palestinian territories three months a year. 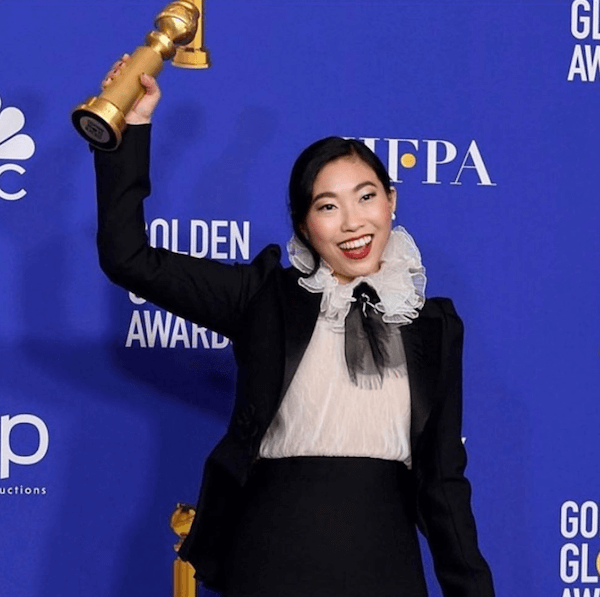 Awkwafina recently found success at the Golden Globes, winning the award for Best Actress in a Motion Picture — Comedy or Musical and becoming the first woman of Asian descent to do so. Awkwafina has found success in movies — playing supporting roles in Neighbors 2: Sorority Rising, Ocean’s 8, Crazy Rich Asians and Jumanji: The Next Level — but her rise to fame began with her rapping. In 2012, her rap song “My Vag” went viral, and two years later, she released her debut album, Yellow Ranger. After appearing on TV in MTV’s Girl Code and a Fox talk show, Tawk, Awkwafina currently stars, writes and executive produces Comedy Central’s Awkwafina is Nora from Queens.