Mystery Woman
Tell us more for better jobs, advice
and connections
YOUR GROUPS
Discover and join groups with like-minded women who share your interests, profession, and lifestyle.
COMPANIES YOU FOLLOW
Get alerted when there are new employee reviews.
YOUR JOB ALERTS
Get notified when new jobs are posted.
Curl Up with a Good Book

The 25 Novels Every Feminist Should Read

What’s the most empowering feminist novel? Some readers will go straight for the classics and speak of Charlotte Brontë and Virginia Wolf’s works. Others will refer to more recently published feminist writings, ones they may deem “modern.” Yet there’s no one feminist novel that will necessarily empower you more than another. Just like feminism, feminist novels take place in many shapes and forms. Whether you’re invested in historical fiction and want tales of heroines in World War II or you’re hoping to be enlightened with coming-of-age tales of young queer women, here are 25 feminist novels that uplift and represent women’s voices.

What is a feminist novel?

Before finding a feminist novel, you’ll have to ask: what makes a story feminist? At its core, feminism is a fight for gender equality and uplifting women; feminist stories contribute to this fight, giving women prominent voices and sharing their lives. Feminist novels are fictional, but that doesn’t mean their impact is any less real. They still inspire, move and represent women. They may offer escapes from our reality, but they also reflect and challenge that reality, pushing us to fight for gender equality in our own lives. 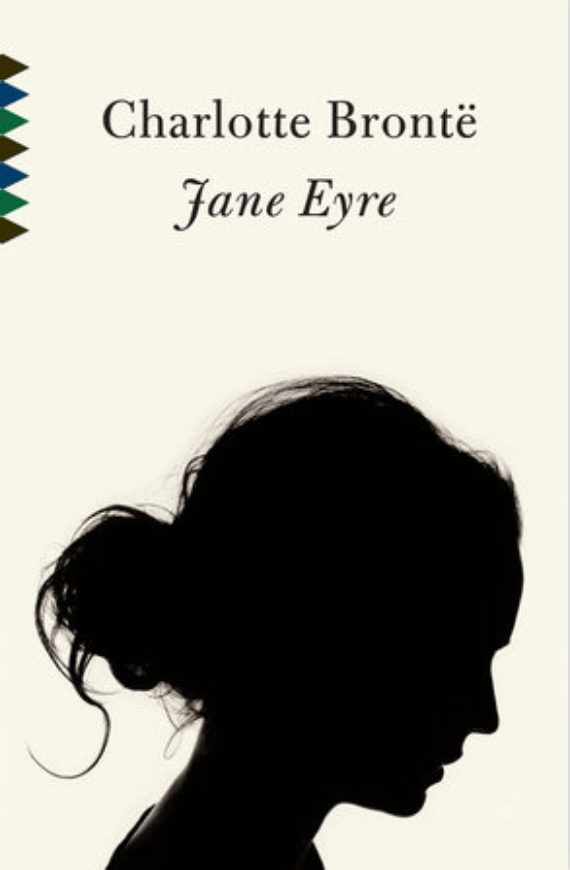 Source: Penguin Random HouseWhile feminism may be all the rage now, Charlotte Brontë’s Jane was an early progressive heroine whose voice comes through in an intimate first-person narrative.

2. To the Lighthouse by Virginia Woolf 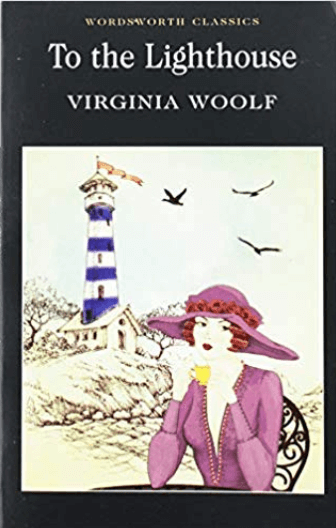 Source: AmazonVirginia Woolf argued for feminist practices long before many feminist movements even came about. Her novel To the Lighthouse takes a look at a Victorian family and a heroine who challenges the traditional expectations of women of her time.

3. Little Women by Louisa May Alcott 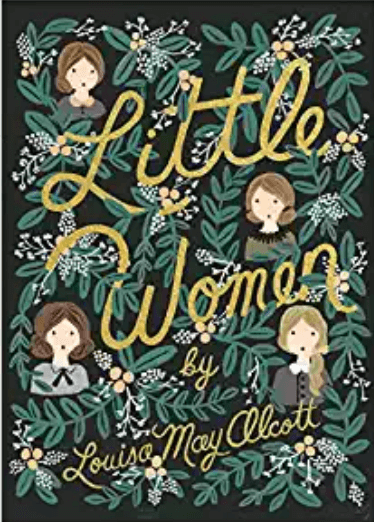 Source: AmazonLittle Women has warmed hearts recently with its 2019 film release written and directed by Greta Gerwig. Louisa May Alcott’s work is an emotional, inspiring family drama detailing the lives of four unique sisters: Meg, Jo, Beth and Amy. The novel follows the sisters from childhood to adulthood, recounting the trials and tribulations of each character and their powerful relationships. 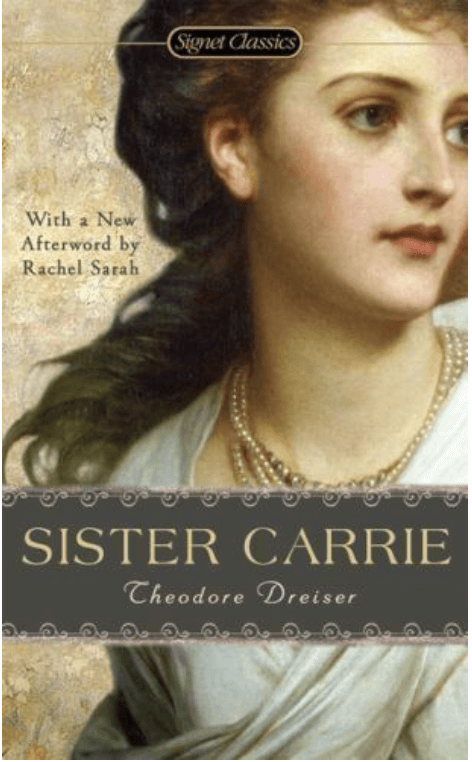 Source: EbayTheodore Dreiser’s work was considered so controversial at its time the cover was intentionally left blank as to not stir further outrage. Sister Carrie tells the story of an independent woman who discovers and pursues her own dreams after moving to the city. While it may not be as shocking as it was in 1900, Dreiser’s work remains an exciting portrait of strong heroine.

5. The Awakening by Kate Chopin 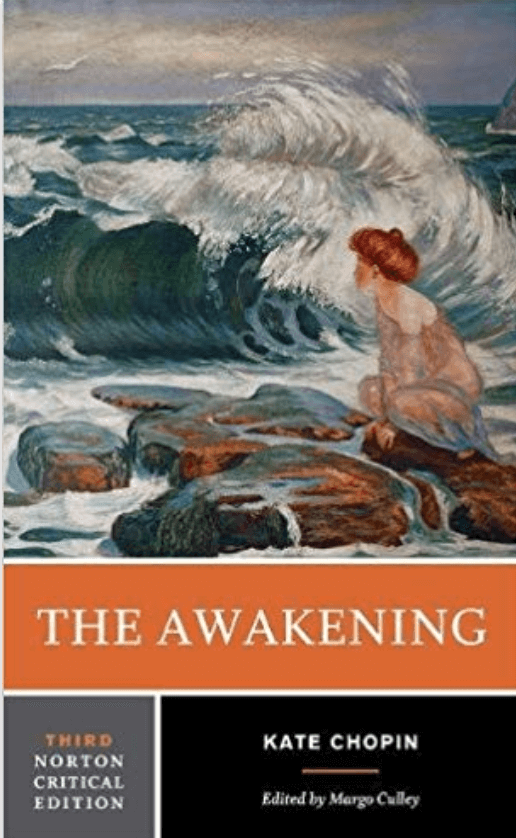 Source: AmazonFollow Edna Pontellier in her struggle against traditional views of femininity, motherhood and women’s roles in the late 19th-century South.

6. The Color Purple by Alice Walker 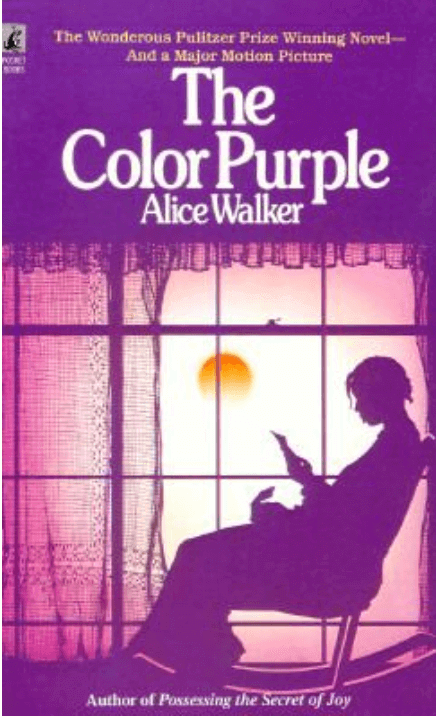 Source: Thriftbooks.comAlice Walker’s epistolary novel has moved readers for decades by giving a voice to a young, poor, queer black girl in Georgia. When you’re done reading, you can watch Steven Spielberg film or clips from the award-winning musical — make sure you check out Cynthia Erivo’s incredible vocals in the main role. 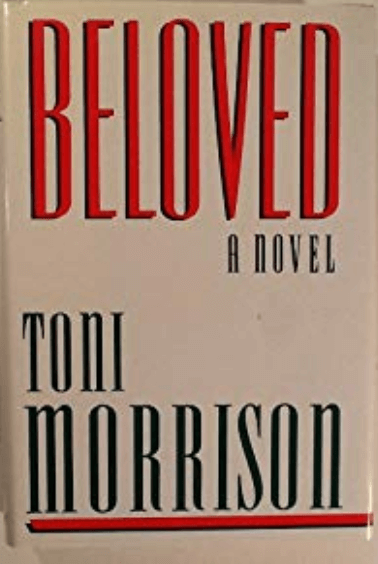 Perhaps one of Toni Morrison’s most famous works, Beloved tells the story of a black woman who escaped slavery during the Civil War before being captured. Inspired by the life of Margaret Garner, the novel went on to win the Pulitzer Prize for Fiction and even a New York Times rank as a best work of American fiction between 1981 and 2006.

8. The Left Hand of Darkness by Ursula Le Guin 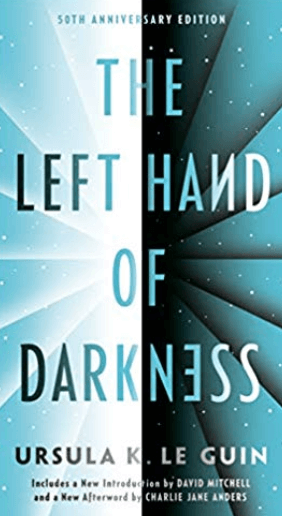 Source: AmazonUrsula Le Guin made her name for herself in science fiction by challenging conventions of the genre; her stories often questioned ideas of gender and race. In The Left Hand of Darkness, Le Guin imagines a world without any fixed sex. The work explores how gender and sex function in society when there are no binaries to cling to. She told The Guardian, “I eliminated gender to find out what was left.”

9. How the García Girls Lost Their Accents by Julia Alvarez 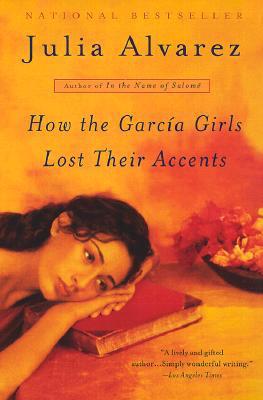 Source: AlibrisJulia Alvarez is a prolific and beautiful writer known with multiple recognizable book titles — she also wrote The House on Mango Street and In the Time of Butterflies. How the García Girls Lost Their Accents tells the story of four sisters who have fled their home in the Dominican Republic after their father attempted to help overthrow dictator Rafael Trujillo. Now in America, the girls must try to adjust to their new lives while still holding onto their old ones. 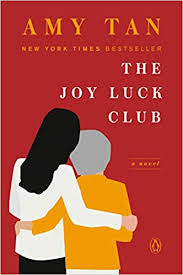 Source: AmazonAmy Tan’s The Joy Luck Club follows four Chinese American immigrant families as they play mahjong. Structured like the mahjong game, the book offers a series of vignettes that share stories about the lives of each player. The book was adapted into a film a few years after its release, featuring one of the only all-Asian casts in Hollywood at the time.

11. An Untamed State by Roxane Gay 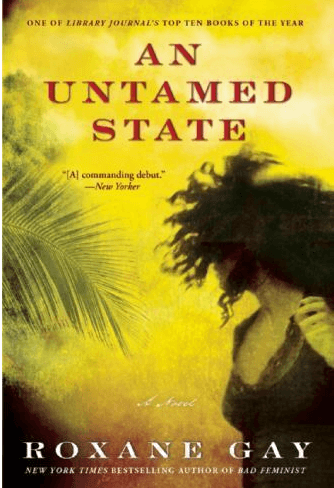 12. The Handmaid’s Tale by Margaret Atwood 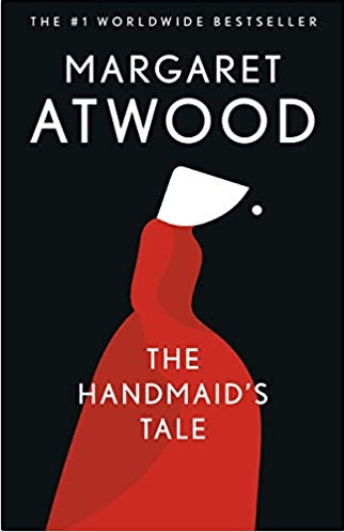 Source: AmazonYou maybe awaiting the new season of the television version of the show, but Atwood’s tale is worth a read for its chilling, detailed account of an eerie near-future England. The New York Times deemed it “the patron saint of feminist dystopian fiction. 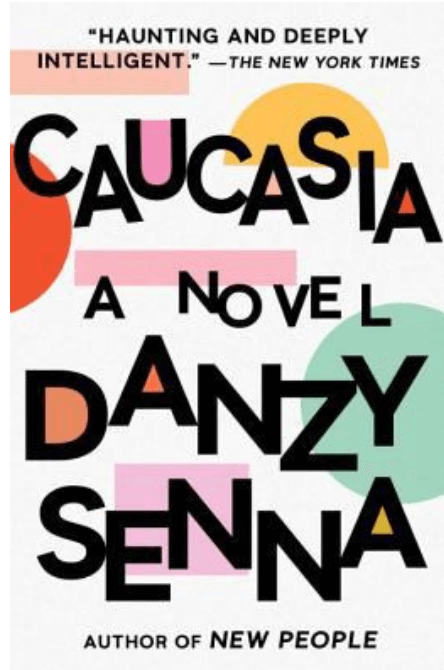 Source: Thriftbooks.comDanzy Senna writes of two multiracial sisters, Birdie and Cole, born to a black father and a white mother in the 1970s. While Cole fits in with other black students at school, Birdie is white-passing. When Cole leaves with her father and his new girlfriend, Birdie is left to navigate her identity alone in a journey to find her sister.

14. Oranges Are Not the Only Fruit by Jeanette Winterson 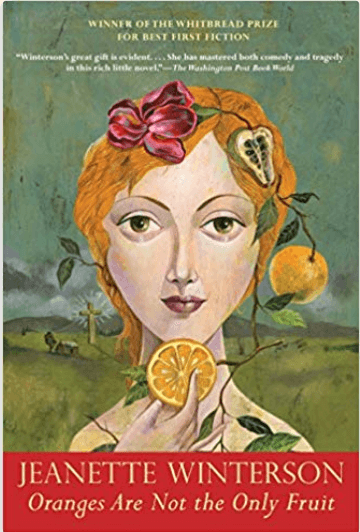 Jeanette Winterson tells a semi-autobiographical tale of a lesbian woman growing up in an English Pentecostal community. Winterson’s memoir, Why Be Happy When You Could Be Normal?, was published decades later and sheds new perspective on and thoughts about the original novel.

15. From the Mixed-Up Files of Mrs. Basil E. Frankweiler by E.L. Konigsburg 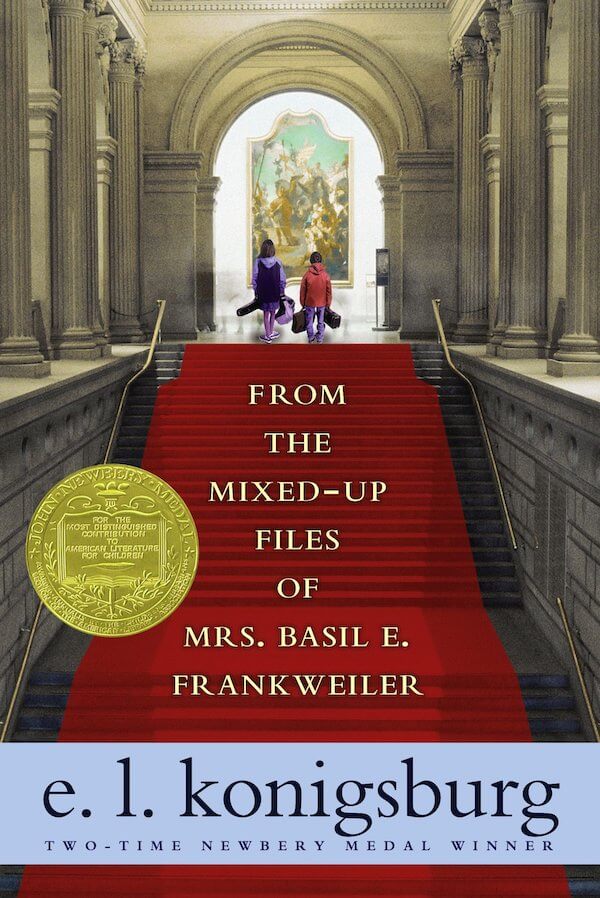 Source: AmazonThis novel celebrated its 50th anniversary in 2017, marking half a century since the release of this exciting of a young girl who runs away from home. Along with her brother, protagonist Claudia Kincaid takes up a secret residence at the Metropolitan Museum of Art, where she attempts to solve the mystery surrounding a potentially famous work of art.

16. If I Was Your Girl  by Meredith Russo 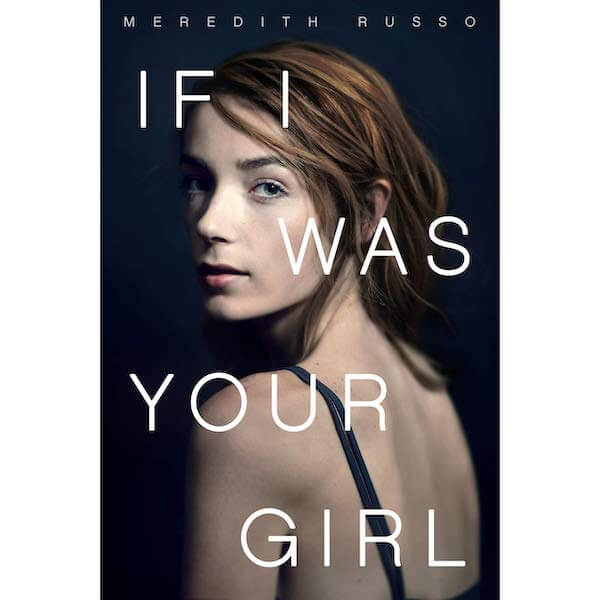 Meredith Russo may have praise for Casey Pratt, but there's also a lot of praise for her own writing. If I Was Your Girl is a YA novel that follows a young transgender girl, Amanda, starting a new life in a small town in Tennessee. After a violent past and attempted suicide, Amanda tackles the complicated teenage world in her new home. 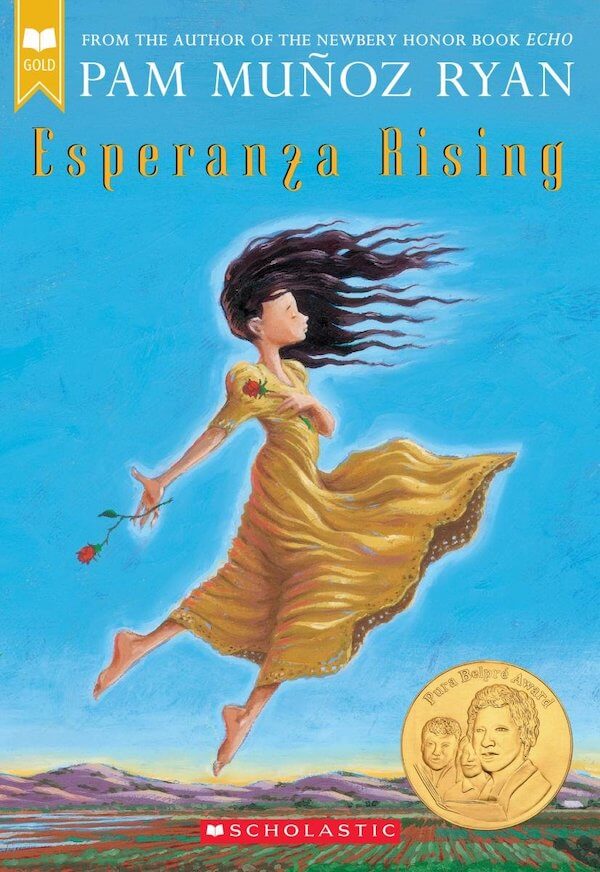 Source: AmazonEsperanza lives a comfortable life in Mexico, one with privilege and a promising future. But Esperanza and her mother are suddenly forced to move to California and settle on a farm camp during the Great Depression. This YA novel, available in both English and Spanish, tells a tale of resilience, family and acceptance.

18. The Secret Life of Bees by Sue Monk Kidd 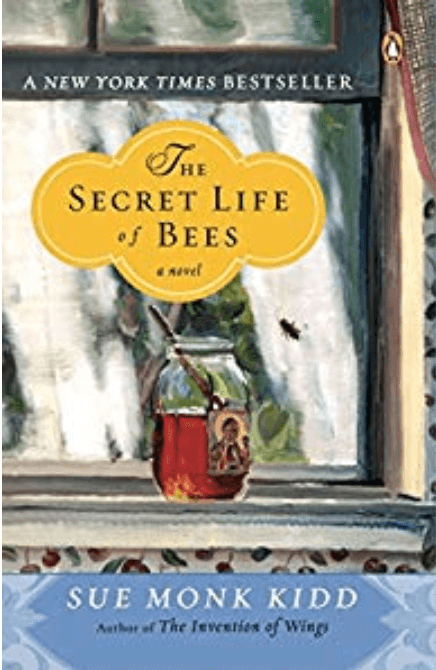 Source: Thriftbooks.comThe Secret Life of Bees tells a coming-of-age story of a young white girl who flees a troubled past to find a home and acceptance from three black sisters. Sue Monk Kidd’s strong women relationships remain at the core of this novel, which was later adapted into a film with Queen Latifah, Alicia Keys, Jennifer Hudson and Sophie Okonedo.

19. The Nightingale by Kristin Hannah 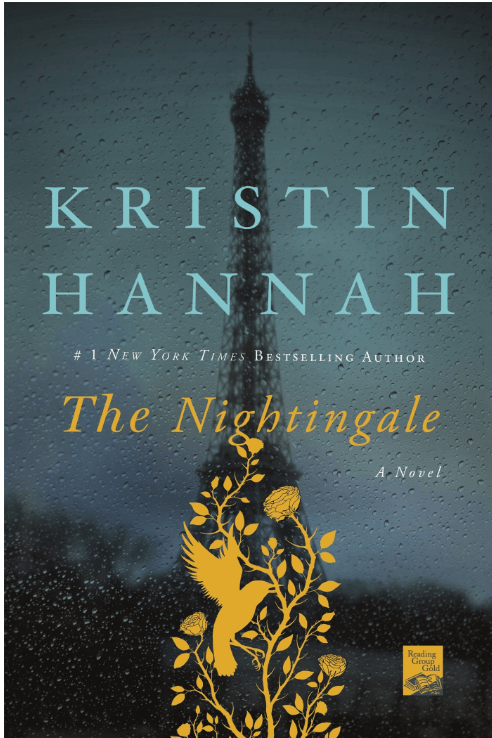 Source: AmazonFollowing two sisters during World War II, Kristin Hannah illuminates a different side of a familiar history in her novel — the women’s war. 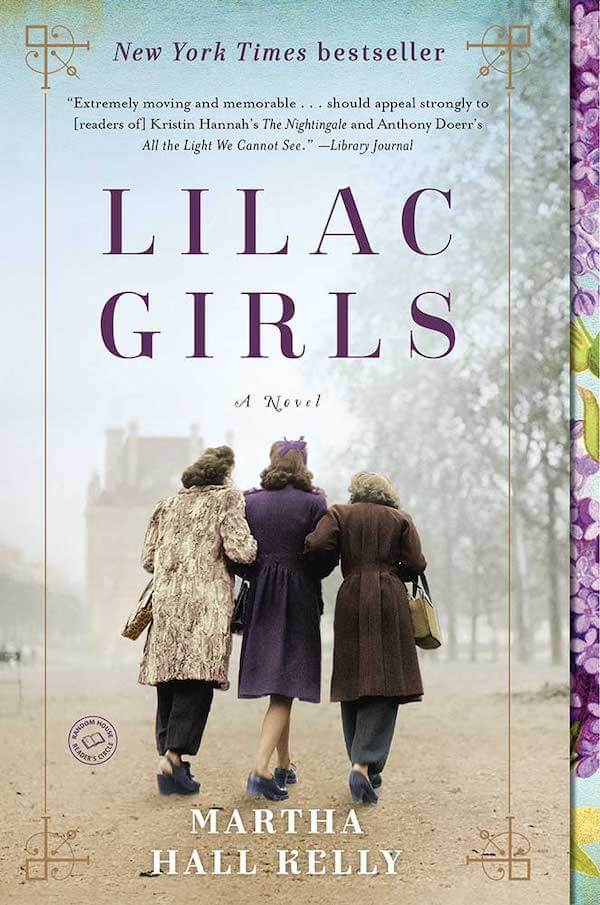 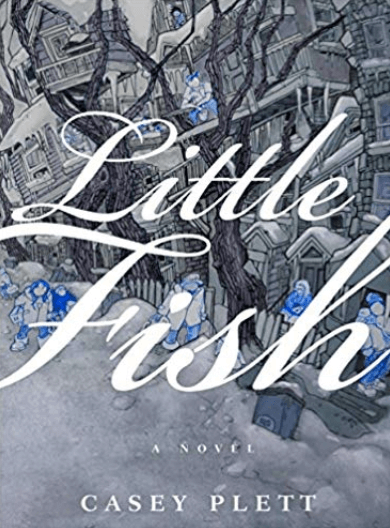 Casey Plett’s 2018 release tells the story of a 30-year-old transwoman who begins to find evidence that her late grandfather may have been transgender, too. " have never felt as seen, understood, or spoken to as I did when I read Little Fish,” Meredith Russo, author of If I Was Your Girl, said of Platt’s book. “Casey remains one of THE authors to read if you want to understand the interior lives of transwomen in this century.”

22. Where the Crawdads Sing by Delia Owens 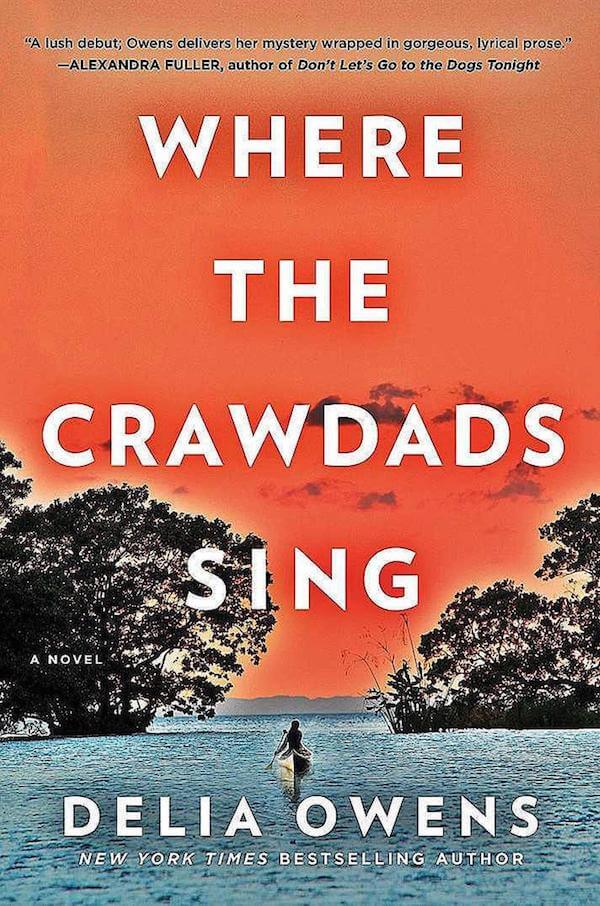 Source: EtsyDelia Owen’s novel made some noise in the literary world, topping The New York Times fiction bestsellers of 2019 list for 27 nonconsecutive weeks. The emotional mystery tale has wowed readers with its compelling outsider protagonist, the young Kya Clark. 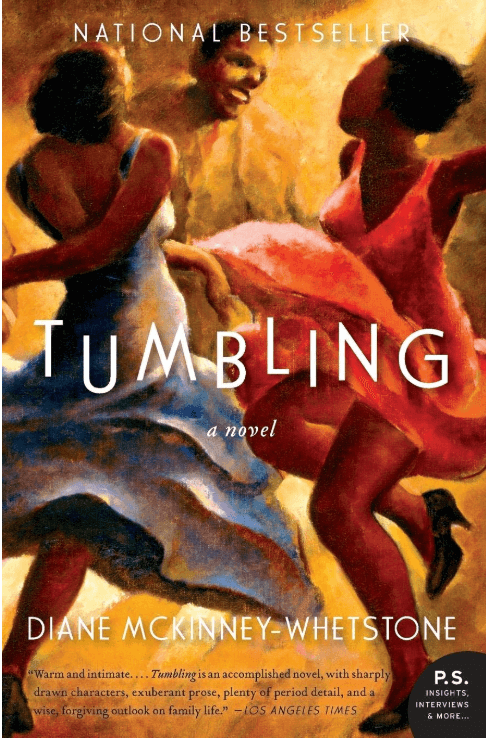 Source: AmazonSet in a black neighborhood in 1940s South Philadelphia, Tumbling tells the story of a young woman fighting for her marriage, family, community — and even her sense of self.

24. Salvage the Bones by Jesmyn Ward 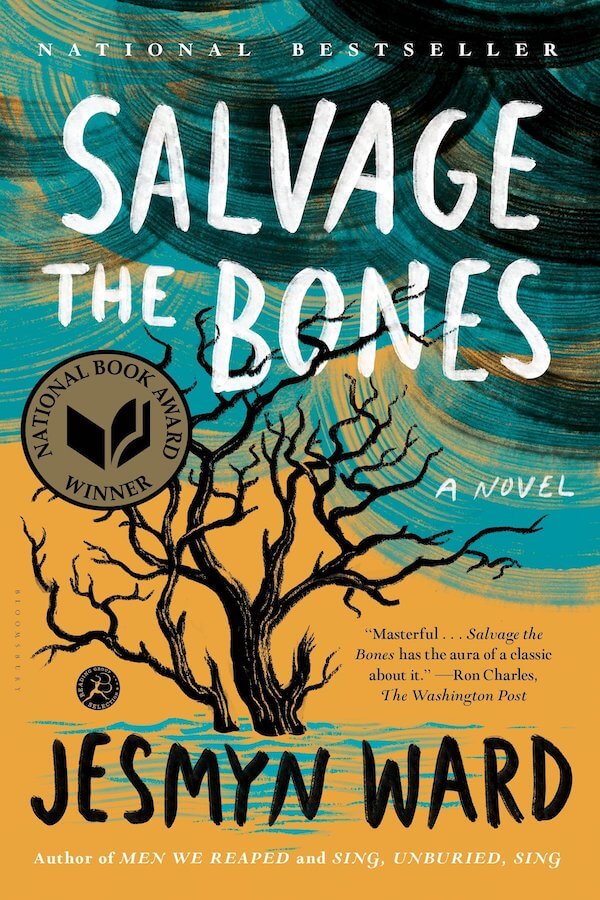 Source: AmazonHow do you prepare for a natural disaster when you’re already preparing for a new chapter in your life? Ask Esch, a 14-year-old pregnant girl who struggles with her family through the worst of Hurricane Katrina. 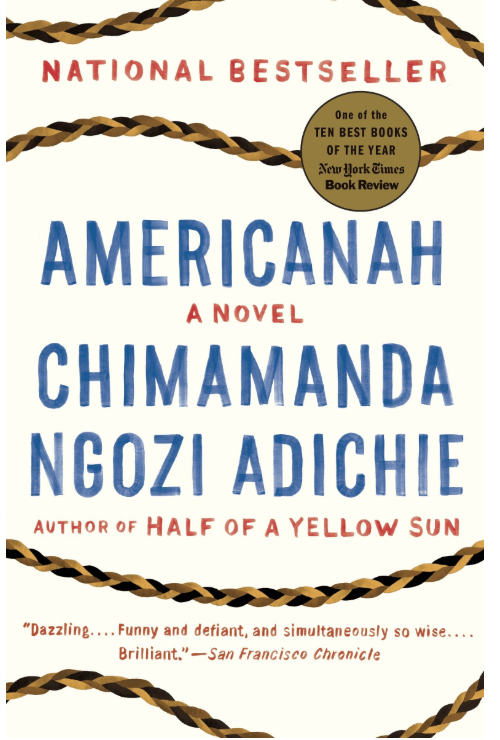 Source: AmazonChimamanda Ngozi Adichie tells an emotional love story of race and identity through the journey of a young Nigerian woman coming to the United States. You can find more feminist content in her essay “We Should All Be Feminists” and even in an empowering song with Beyoncé.

Even though books are a place to escape, it doesn’t mean they have to be an unfamiliar, alternate version of reality. Feminist novels are a great way to jump into a new world while still feeling like an uplifted and empowered feminist. Maybe they’ll even diversify your cause and fuel your fight for gender equality further.