Mystery Woman
Tell us more for better jobs, advice
and connections
YOUR GROUPS
Discover and join groups with like-minded women who share your interests, profession, and lifestyle.
COMPANIES YOU FOLLOW
Get alerted when there are new employee reviews.
YOUR JOB ALERTS
Get notified when new jobs are posted.
Quotable

In September 2018, Swedish teenager Greta Thunberg skipped school one Friday to sit alone outside the Swedish parliament building in anticipation of upcoming elections, protesting the failure of the Swedish government to act drastically enough against climate change. After learning in class about the current state of the climate and the global crisis resulting from a failure on the part of world leaders to act in the face of disastrous climate change, Greta decided to act instead.

A year later, her "Fridays for Future" initiative has inspired students around the world to skip school and head to the streets every week, demanding that adults in charge of our governments act now to counteract the detrimental effects our actions — and our refusal to regulate them — are having on the planet. This September, Greta spoke at the U.N. Climate Action Summit and the first-ever U.N. Youth Climate Summit, begging lawmakers to take immediate action against the climate crisis. She then led the largest Fridays for Future demonstration yet, with participants from 150 different countries all striking around the world.

A fearless leader and inspiring speaker, Greta has argued for immediate action to reduce our emissions, invest in clean energy sources and place regulations on corporations with profit incentives that are in direct opposition with efforts to save the environment. Awareness about the crisis is growing with the movement, and she continues to stick with her tactics in the face of cruel and relentless taunting from the conservative right.

To get you inspired and (productively) infuriated about the climate crisis, here are 15 quotes from Greta Thunberg that will have you taking to the streets by next Friday.

1. "The climate crisis has already been solved. We already have the facts and solutions. All we have to do is wake up and change."

2. "You have stolen my dreams and my childhood with your empty words. And yet I'm one of the lucky ones. People are suffering. People are dying. Entire ecosystems are collapsing. We are in the beginning of a mass extinction, and all you can talk about is money and fairy tales of eternal economic growth. How dare you!" 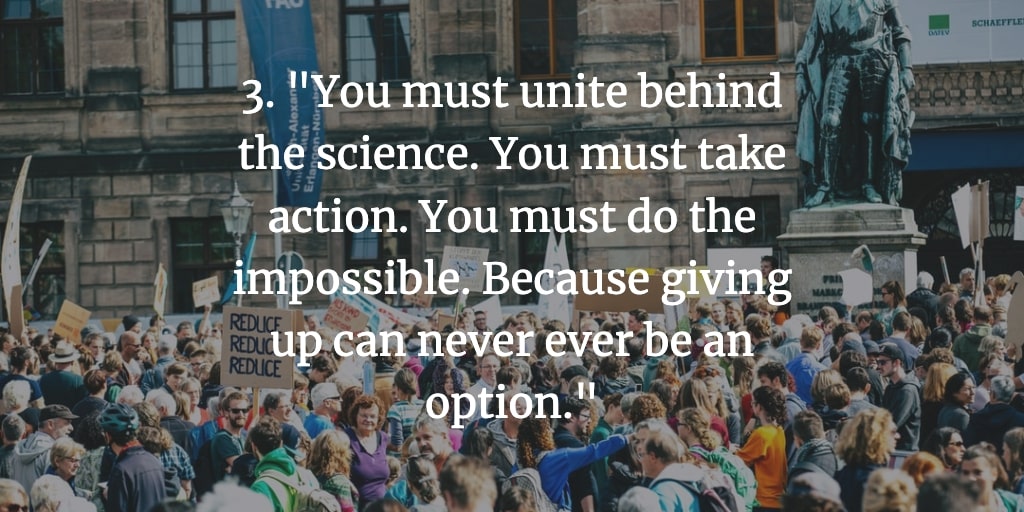 4. "Right here, right now is where we draw the line. The world is waking up. And change is coming, whether you like it or not."

6. “When haters go after your looks and differences, it means they have nowhere left to go. And then you know you’re winning!” 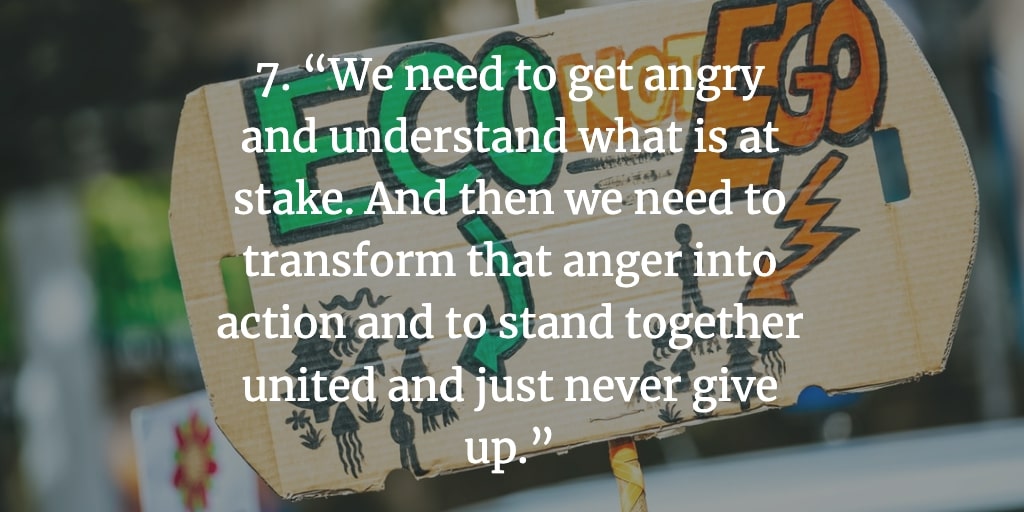 8.  "Given the right circumstances, being different is a superpower."

—Greta speaks out against internet trolls ridiculing her for having Asperger's syndrome, an experience she has been very open and outspoken about.

9. “Since our leaders are behaving like children, we will have to take the responsibility they should have taken long ago."

10. “For way too long, the politicians and the people in power have gotten away with not doing anything at all to fight the climate crisis and the ecological crisis. But we will make sure that they will not get away with it any longer.” 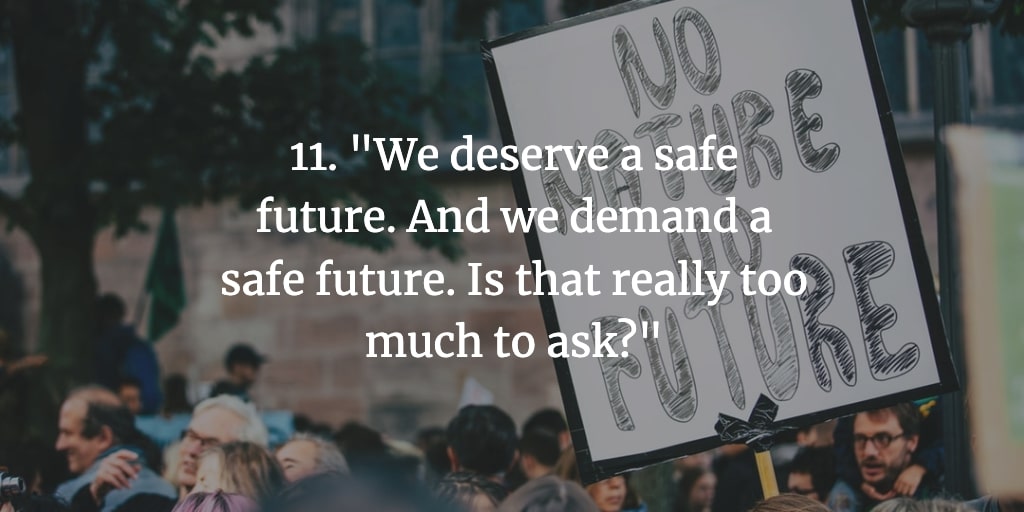 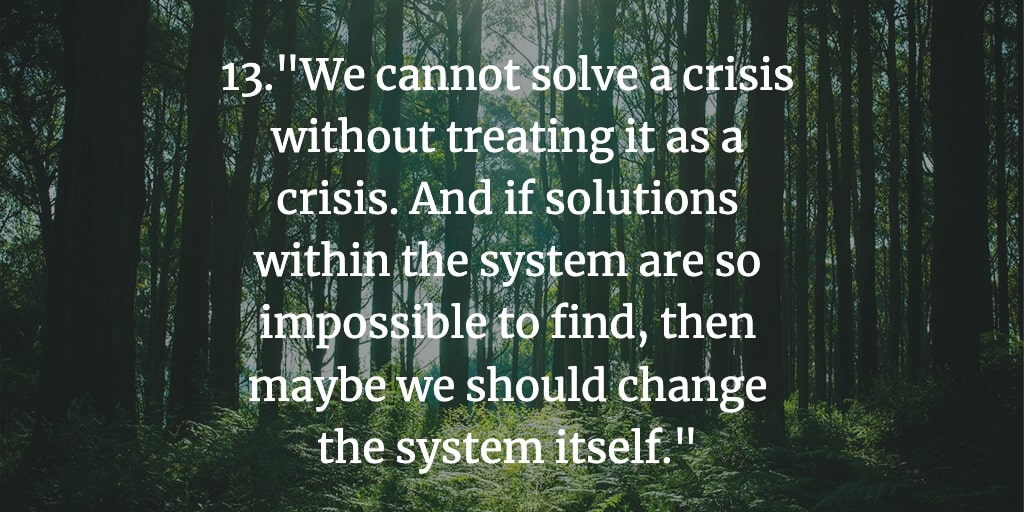 14. “If we fail... all our achievements and progress have been for nothing, and all that will remain of our political leaders’ legacy will be the greatest failure of human history. And they will be remembered as the greatest villains of all time, because they have chosen not to listen and not to act.”

15. "Humanity is now standing at a crossroads. We must now decide which path we want to take. How do we want the future living conditions for all living species to be like?"