So you made some questionable decisions last night and you're feeling it hard today. You've got a debilitating headache, crippling nausea and you're exhausted. You're hungover. It happens to the best of us.

But how do you deal with a hangover when you're expected to be a functioning adult with a job to do? You could call out, but that doesn't look very good on your part, especially if your coworkers know you were out late (because perhaps they were with you at happy hour!). Or you could do your best to pull it together and get yourself out the door and to the office.

The latter might seem like a near-impossible feat. But others have done it before you. More than half a million people (520,000) arrive for work each day suffering from hangovers after drinking too much the previous night, according to Drinkaware, an alcohol charity that commissioned the survey.

One Blowfish (a company that makes tablets for treating hangovers) survey also finds that half of working adults have been hungover at work. Specifically, 52 percent of women surveyed had shown up to work hungover, compared with 50 percent of men who've come to the office nursing a hangover. Waiters are the most likely employees to show up to work hungover, followed by realtors, salespeople, police officers and chefs. The data is based on a study produced in October 2013, which had surveyed 5,249 Americans over the age of 21.

The data isn't so surprising. After all, those who drink spend two years of their lives hungover. A study by Healthspan, a British-based online nutritional health site, surveyed 2,000 people over the age of 18 (the drinking age in the U.K.). They all reported waking up at least once a month feeling hungover, which adds up to 724 days over the average adult lifespan. That's just under two years.

If you make it to work despite that a hangover has struck you, your sickness is likely to take a toll on your performance. The Blowfish survey also finds that 28 percent of people are late to work because of a hangover, and about seven percent admit to screwing up an assignment at work. According to a recent meta-analysis, this is largely because the effects of alcohol on the brain may linger even after the chemical has left the bloodstream — and it can affect cognition, including memory, attention, coordination and more.

So how do you make it through the work day not necessarily thriving but at least surviving? Here's how to get through every part of your business day when you're grossly hungover. 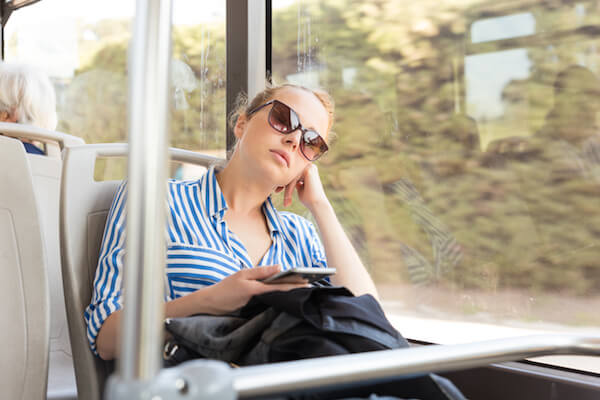 If you're too hungover to operate a car, hitch a ride. As the aforementioned research notes, the effects of alcohol can still diminish your cognition the next morning, which means that hungover driving is still impaired driving. In fact, a few of the studies analyzed in the meta-analysis tested participants' driving abilities using a driving simulation and found that those who were hungover had less of an ability to control the vehicle compared to those who were not hungover.

"Our findings demonstrate that [having a] hangover can have serious consequences for the performance of everyday activities such as driving, and workplace skills such as concentration and memory," Sally Adams, an assistant professor in the Department of Psychology at the University of Bath and the author of the meta-analysis, said in a statement.

Getting a ride to work with a coworker, friend, family member or even via an Uber, or using public transportation such as a train or bus, is safer.

If you take public transportation to work anyway, make sure you bring a lot of water to hydrate during your commute. Aim for a window seat in case you get sick (though if you're that hungover, perhaps you should stay home). And bring some headphones to listen to some music to distract you from nausea that the bus ride will probably exacerbate.

In fact, research suggests that listening to your favorite songs can actually help to relieve nausea, and a number of studies assert that music can improve your mood, reduce stress and decrease anxiety, all of which can lower pain. A 2013 study from the University of Missouri suggests that upbeat, cheerful music is more effective than other types at improving mood. Meanwhile, studies from Malaysia's Sunway University College have found that uptempo music around 120 BPMs can also help improve focus and memory. 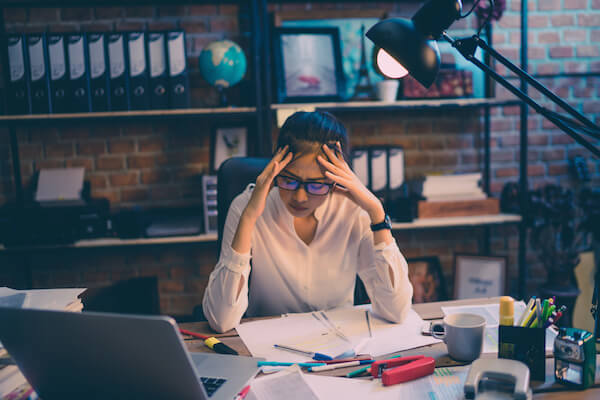 Staying Awake in the Morning Meeting

Okay, you made it to the office — now you need to make it to your morning meeting. It's early. The lights in the office are super bright, worsening your headache. There are so many loud noises, and everyone's asking you a million questions already. And you've got a meeting to sit in on in a half an hour.

You can do this. Tons of people do. The good news is that a good chunk of your colleagues will be suffering through that morning meeting, too. Research suggests that most people dread early morning meetings, hungover or not.

A white paper by researchers working with Johnson & Johnson that measures people’s energy levels throughout the day found that we hit our peaks right at 8 a.m. While this might, therefore, seem like an ideal time to have a meeting, most people will be focused on other responsibilities for the day at that time — their minds will be preoccupied.

That's why most people wouldn't choose to attend a morning meeting if given the choice. A study by meeting planning tool WhenIsGood.net analyzed data from thousands of meeting requests. The study found that the 9 a.m. slot (averaged over the whole week) had an acceptances-per-suggestion score of just 0.347 (compared to 0.452 by 3 p.m.) — so only one in three people would be available for a meeting at that time if suggested. Another study from YouCanBookMe, a U.K.-based company that makes scheduling apps for businesses, looked at two million responses to 530,000 meeting invitations and also concluded that a 2:30 p.m. Tuesday meeting is the time that most people are free.

So if you have a morning meeting, stick it out and find solace in knowing that you're not alone in wishing you were any place else. Bring a pen and notebook to jot down notes that your weakened memory will probably not remember. Bring water to hydrate. And try not to slouch or you'll only grow sleepier.

Keeping Focused During the Day

You made it through that meeting in the morning, and you're relieved that you did it. But now you've got at least another seven hours ahead of you. How in the world will you make it through?

Breakfast. You're going to eat a hearty breakfast, and it's going to turn you into more of a morning person, even despite your crippling hangover. There are some foods you can eat to actually get your brain back working optimally. You'll need your nutrients — some of the most important ones include the vitamins, B, C, D, E and K, the minerals iron, magnesium, zinc and iodine and essential fatty acids like omega-3.

Some foods that treat hangovers include the following:

A banana and almond smoothie is chock-full of potassium, which is an electrolyte you need to feel replenished after a night out.

2. Bacon and Egg on Wheat Bread

This won't only fill you up, but the biotin in the bacon and eggs will also kickstart your metabolism for the day. Plus, the B vitamins in wheat bread will help boost your energy.

No one wants to eat healthy when they're hungover, though everyone wants to feel healthy again. French Toast is a great option because it's delicious, but the honey on top will also help break down any alcohol still left in your system. One study found that, in 50 adults, honey actually increased the rate of alcohol elimination by up to 32.4 percent. 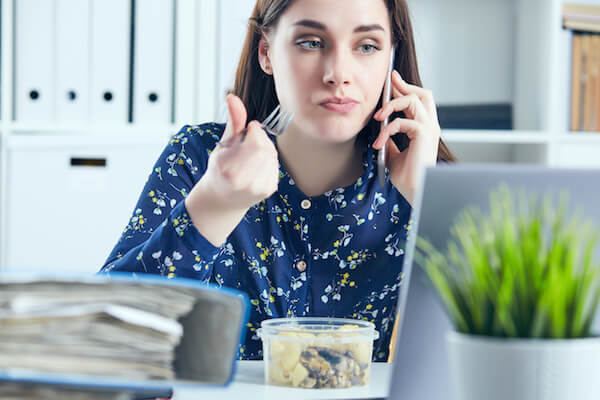 Making it Past Lunch

Incorporate a fruit salad into your lunch — especially one with a lot of watermelons. Watermelon is rich in L-citrulline, a nutrient that can help to increase blood flow and that boasts a high water content to rehydrate you.

Spinach is rich in folate, which is a nutrient that you may have diminished when drinking heavily. Research suggests that alcohol impairs folate absoption, and chronic alcohol intake can actually lead to a deficiency. But spinach can help you maintain folate levels.

Eating your greens can help replenish tons of nutrients. Asparagus, in particular, is packed with compounds that more than double the effect of certain enzymes that break down alcohol and protect the liver, according to research. Meanwhile, sweet potatoes also contain vitamin A, magnesium and potassium to help fight inflammation associated with hangovers, hydrate you and replenish the body.

Getting Through to the Home Stretch

Once you've had your lunch, there are only a few hours left of the day. The home stretch, however, might feel like the toughest time of day to survive. It's exhausting, and you're probably counting down the clock.

Do yourself a favor and don't look at the time. If you can't seem to focus on your work, distract yourself with taking on simple tasks that will at least make tomorrow easier for you. Organize your to-do list. Tidy up your desk. Respond to the emails that have been cluttering your inbox. In fact, a wealth of research suggests that getting yourself organized and clearing the clutter actually has both mental and physical health benefits.

Researchers at Princeton University found that clutter can actually make it more difficult to focus on your tasks, which you're already struggling with since you're hungover.  Physically, another study found that people with clean houses are healthier than people with messy houses.

Do what you can to remain productive, but don't force yourself to take on tasks you simply can't handle that day, as you'll risk your performance.