Mystery Woman
Tell us more for better jobs, advice
and connections
YOUR GROUPS
Discover and join groups with like-minded women who share your interests, profession, and lifestyle.
COMPANIES YOU FOLLOW
Get alerted when there are new employee reviews.
YOUR JOB ALERTS
Get notified when new jobs are posted.
odd jobs

1.69k
Fan of all things Rihanna- and Ru Paul-related.

Many of these odd jobs became outdated with the adoption of technological advancements or laws that outlawed them entirely. Some were even dangerous or employed children unlawfully. Read on for 25 odd lines of work no longer exist, plus jobs that didn't exist 10 or 20 years ago and top careers for the future. 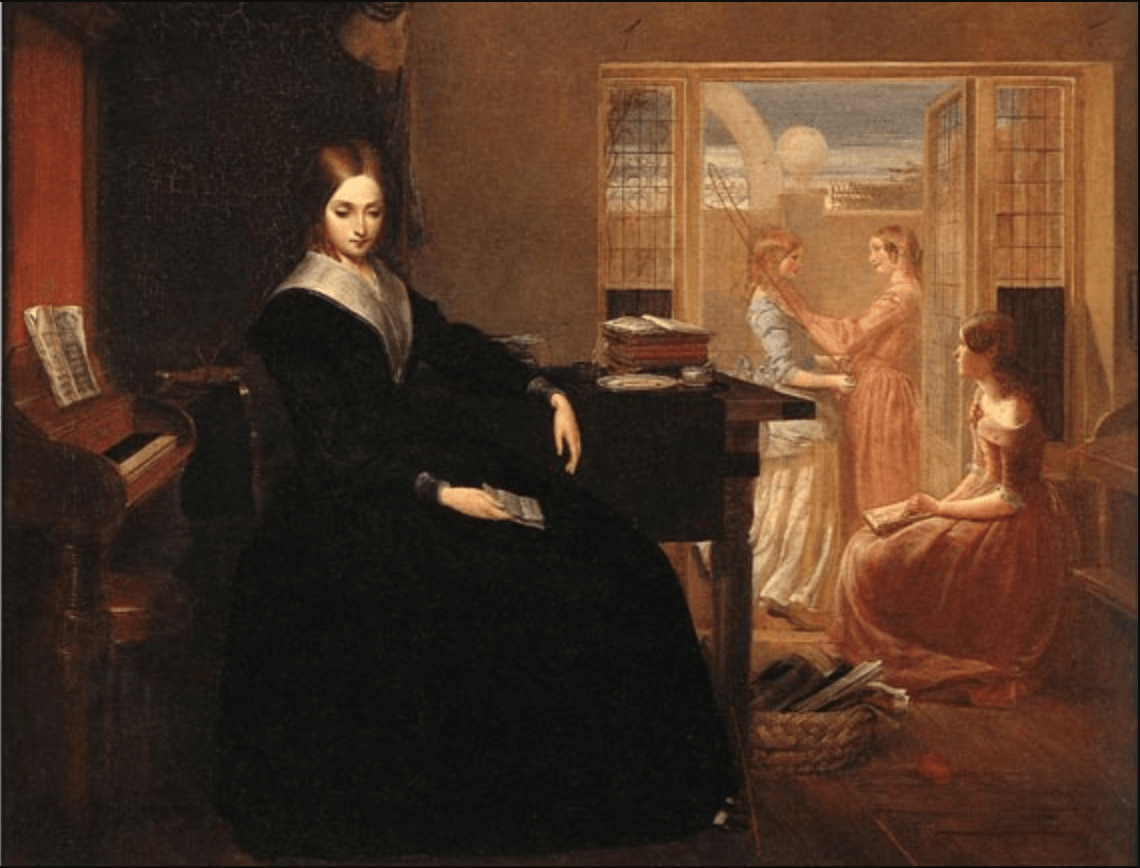 In the 19th century, families would hire governesses to privately homeschool their children. A woman in this position would teach reading, writing and arithmetic to young boys and girls of well-off European families before World War I. When young boys came of age, they would move on to tutors or schools for continued instruction.

In the 20th century, young boys — also known as "Pin Boys" or pinspotters — were paid to manually organize bowling pins between frames and return bowling balls to players. Pin Boys were eventually replaced by the mechanical pinsetter, a machine invented by Gottfried Schmidt in 1936, that used empty flower vases to hold the pins and bicycle chains to raise and lower them into place.

In the 19th and 20th centuries, factory workers hired knocker-uppers — which were essentially human alarm clocks — to wake them for work by tapping on their windows with long poles or shooting peas and pebbles at the glass. Knocker-uppers were most common in Britain and Ireland, but the job was eventually snoozed as alarm clocks became more available between the 1950s and 70s.

In Europe, men were hired to control the staggering rat population, which posed a dangerous threat to villages, towns and cities. Rat catchers prevented the spread of some diseases to the public by using ferrets, poison, terrier dogs and traps to control vermin. The job has since been replaced by pest control technicians.

Before electric lamps were introduced — lamplighters were employed to light, douse and refuel street lamps. They were most common in Europe and North America, continents where gas-powered lamps were aplenty in the in the late 1800s and early 1900s. 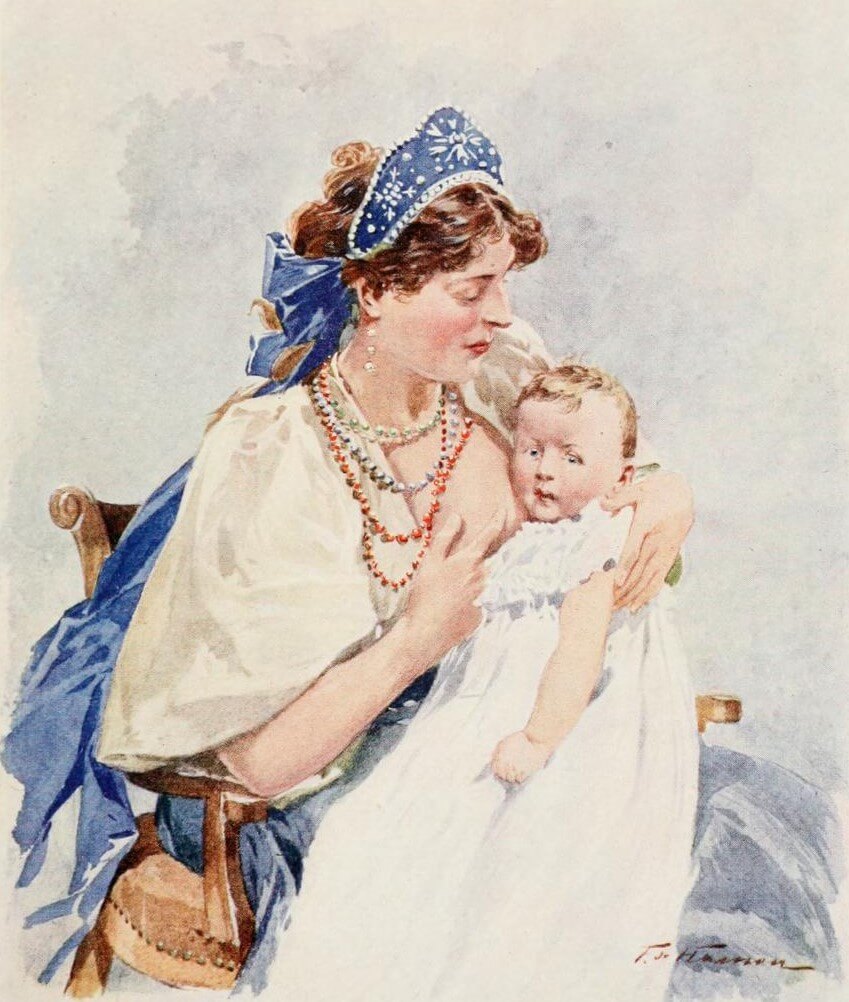 Before infant formula was developed in the 20th century, wet nurses breastfed and cared for another woman's child. Mothers who opted not to nurse their own children would employ a wet nurse who to do so, but wet nurses were also sought out by families who lost the mother through childbirth.

Log drivers risked their limbs to move, float and guide timber down rivers from logging sites to treatment plants. When environmental legislation outlawed it in the 1970s, the job was replaced by trucks, boats and other other transportive advances which safely and efficiently transport logs to processing areas.

Hemp dressers were young children hired as factory workers to separate course parts of hemp from linen. In due time, child labor laws tightened up, and underaged workers were eventually replaced by Hacklers, machines that can now do the same thing.

Resurrectionists — also known as "Body Snatchers" — were primarily employed in the 19th century to remove corpses from graves to be used as cadavers. Obtaining corpses legally was expensive, rare and extremely difficult, so medical schools hired resurrectionists to dig them up. The job eventually went away as people donated their bodies to science.

Lectors were a source of entertainment for manual laborers who hired them in the 1920s. These well-spoken men read news and literature aloud to large rooms of factory workers working remedial tasks, but were eventually banned in the U.S. in the early 20th century by factory owners who feared they were sharing anarchist or communist ideas. 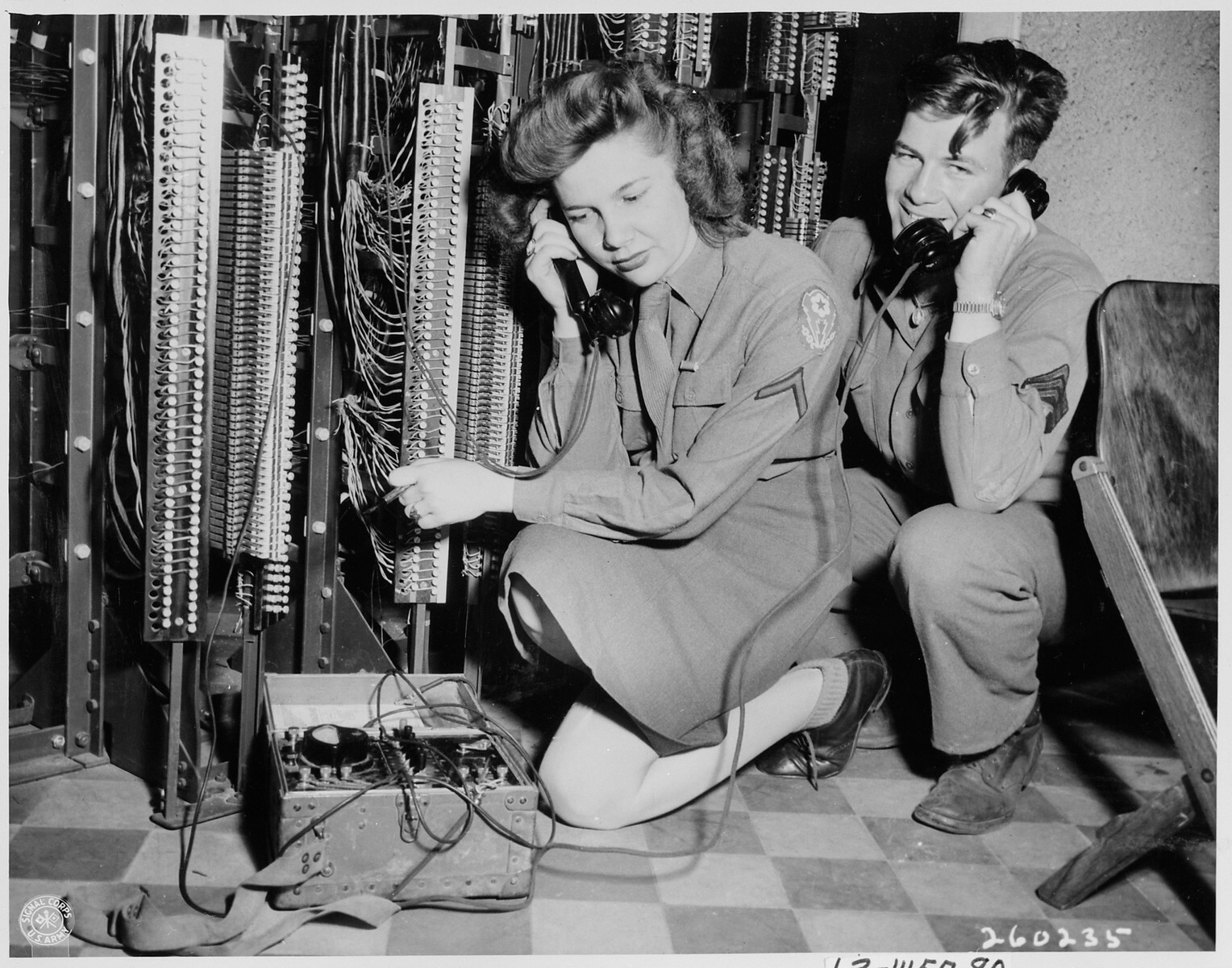 Mudlarks were often young boys in extreme poverty who were paid to scavenge through river mud for valuable items that could be resold. This job was frowned upon and viewed as unlawful, so eventually faded away in the early 1900s.

Before the invention of the refrigerator, there were milkmen — charming, handsome, well-dressed men who delivered jugs of milk. Like clockwork, these men would go door-to-door with brimming bottles, and sometimes delivered eggs and butter, too.

You've probably seen these knellers in movies — men responsible for cleaning and inspecting chimneys for pay. Often strong and lean, these men were paid to climb up chimneys with their dusters (a valid explanation for their constant soot-stained clothes). The job reached its peak during the industrial revolution and fell off with the adoption of electric and gas alternatives.

Leech collectors were used in hospitals to catch medicinal leeches for bloodletting toxic and diseased blood from the body. As diseases began to spread, the operation came to a stop and is now replaced entirely by machines that now do the collecting. 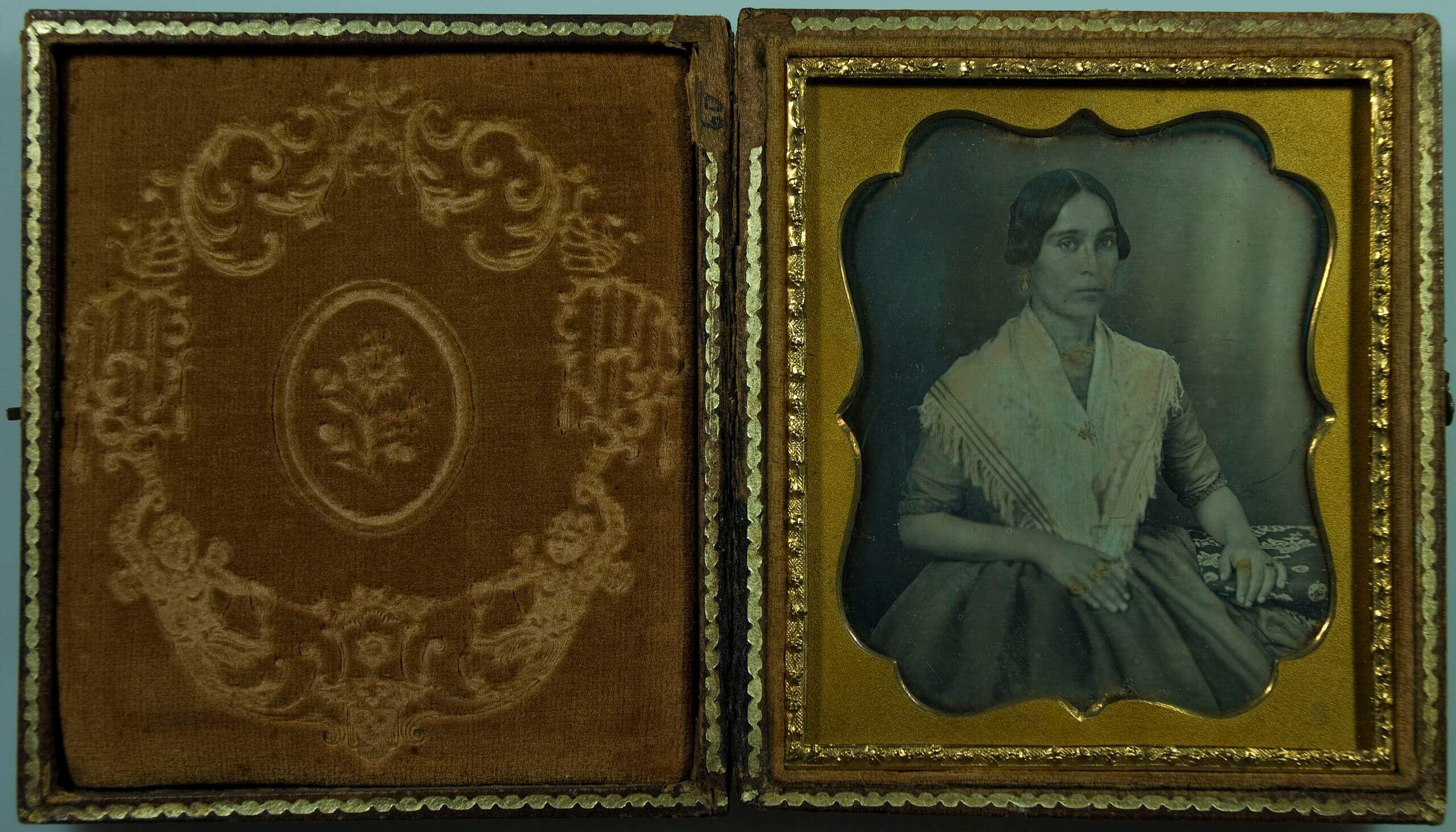 Louis Daguerre created the earliest form of publicity through photograph, which would eventually be referred to as the Daguerreotype. It was a daguerreotypists job to capture photos on these cameras —  often of celebrities and politician — and develop them through a chemical process. Cameras have dramatically innovated since then, producing portraits and photos more cheaply.

The job of a town crier was to publicize court orders and important news by way of yelling in the street. Town criers, decorated in ornate clothing, would gain attention by shouting, "Oyez" or "Hear Ye" and ringing a handheld bell, so everyone in the area could hear them. They were eventually replaced by broadcast news, radio, television and telephone.

Similar to lumberjacks, hackers were woodcutters — strong, working men who were handy with trees. Technological advancements eventually replaced them in the 20th century.

Clockkeepers were responsible for ringing centralized bells several times a day. When the mechanical clock was invented, clockwinders would wind and upkeep the city's clocks. Electric clockwinders, during the Industrial Revolution, eventually replaced the job altogether, as they required less maintenance and fewer repairs. 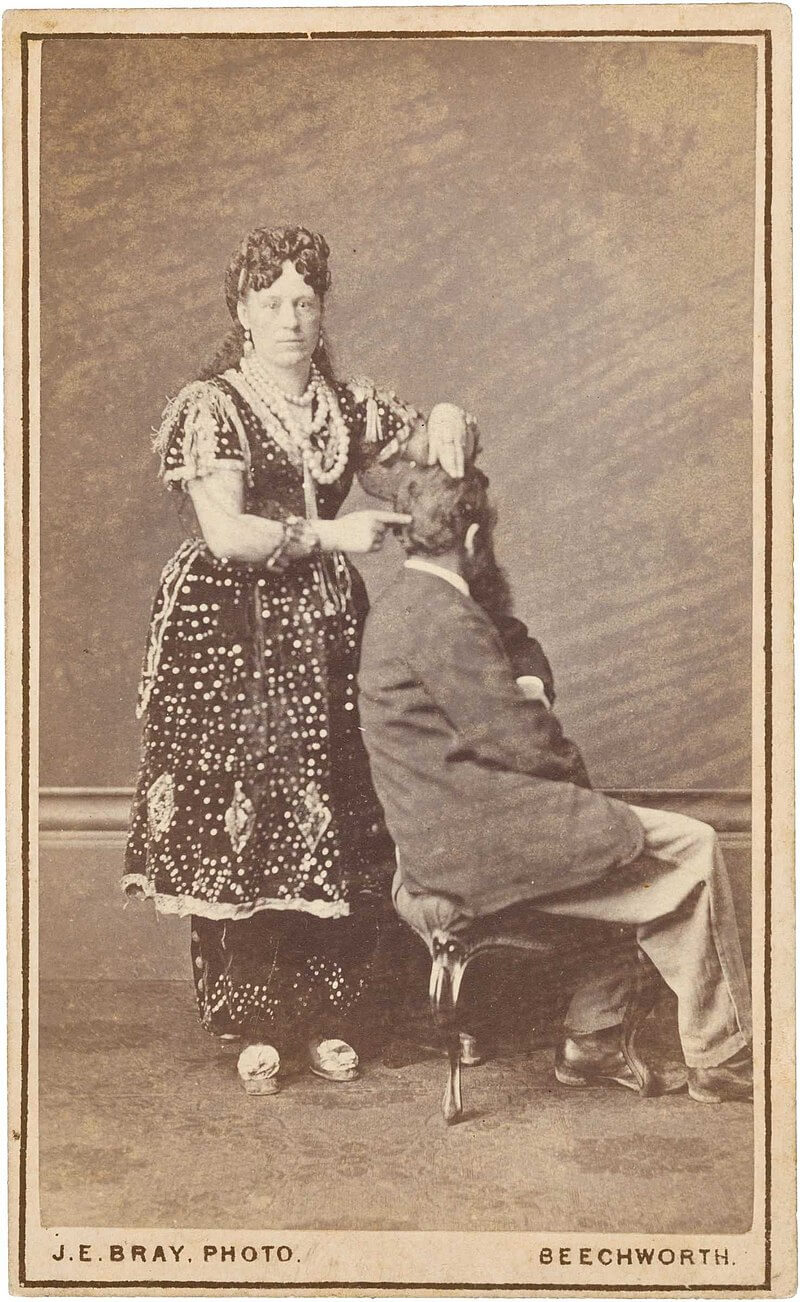 Phrenologists who often called this pseudoscience "the only true science of mind" read intelligence and mental traits through the measurements of the head. The practice was eventually disbanded in 1967.

Before radar and advances in military technology, soldiers used listening devices and acoustic mirrors to detect the sound of engines from enemy airplanes approaching. These devices often fell short because by the time enemy aircraft was detected, they were too close for troops to take preventative action.

Soda jerks were energetic young men with big personalities who operated soda fountains during the 20th century. Often clothed in bowties and white paper hats, soda jerks served up ice cream and soda pop in drugstores across America. They were popular up until the 1950s, when self-service fast food restaurants and drive-ins put them out of business. But, you can still find some today in chains like "Johnny Rockets," themed after 1950s diner style.

Slang for railroad worker, these strong, young men were responsible for laying down and maintaining the track. Machines have since replaced gandy dancers, but you can still come across some of them at major railroads.

Prevalent in America, Europe and Australia between the 15th and 17th centuries, gong farmers would remove human waste from people's privies and cesspits. They eventually disappeared as modern sewage systems became widespread, but have survived in some countries such as Japan and India. 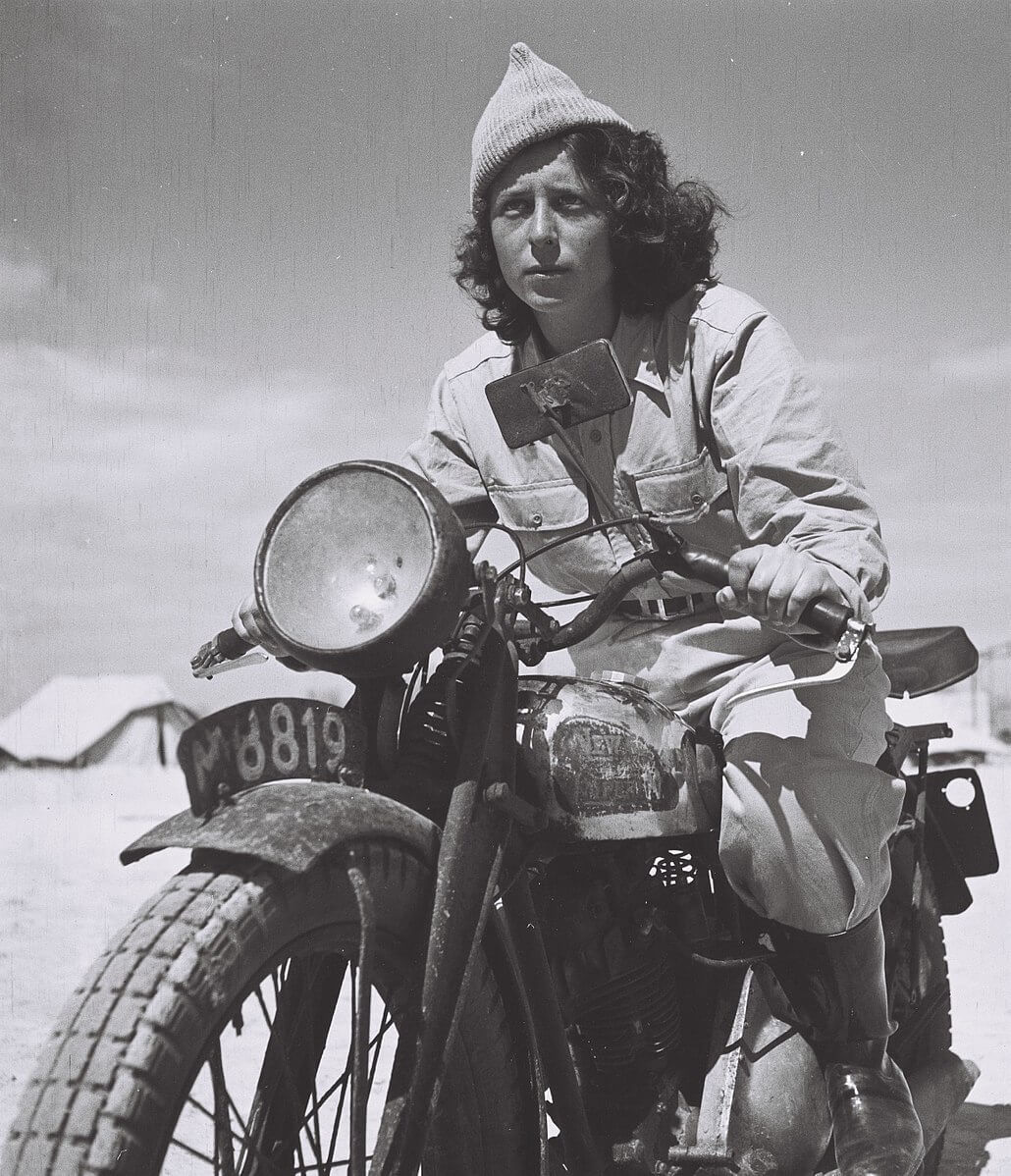 Dispatch riders delivered urgent messages between headquarters and military units during World War I and World War II. At the time, telecommunications were limited and unstable and wartime radio transmissions were prone to interception, so these motorcyclists were a quick and reliable alternative.

In the 19th century, haberdashers sold sewing tools such as buttons, safety pins, zips and ribbons. They eventually faded away with the launch of larger arts and crafts stores.

What jobs didn't exist 20 years ago?

Some jobs that didn't exist two decades ago include the following:

What jobs didn't exist 10 years ago?

Even newer than jobs that didn't exist 20 years ago, are the ones that have been here for a little over 10. Of those include:

What jobs will there be in the future?

Many jobs that are likely to be top careers in the future already exist. Some of them are:

Stephanie Nieves is the SEO & Editorial Associate on the Fairygodboss team. Her words can also be found on Medium, PayScale and The Muse.