Mystery Woman
Tell us more for better jobs, advice
and connections
YOUR GROUPS
Discover and join groups with like-minded women who share your interests, profession, and lifestyle.
COMPANIES YOU FOLLOW
Get alerted when there are new employee reviews.
YOUR JOB ALERTS
Get notified when new jobs are posted.
Top Talent

The 17 Best Lady Golfers of All Time

648
Wonky consultant with a passion for words

Like any other sports fan, golf enthusiasts love to debate "best of" accolades. When it comes to the best lady golfers of all time, there are plenty of options to choose from. The 17 women discussed in this article each has a strong claim to fame as the best female golfer of all time.

In ascending order, these are 17 of the all-time greats on women's golf.

Sandra Haynie was incredibly young (only 18!) when she joined the LPGA in 1961. Just a year later, she won the LPGA for the first time when she was only 19 (crazily enough, this doesn't make Haynie the youngest-ever LPGA winner — that would be Lydia Ko, who is the youngest-ever winner of an LPGA Tour event, clinching victory at the CN Canadian Women's Open at age 15 years and four months). From 1963–1975, Haynie finished 12 consecutive seasons in the top 10 money list.

After joining the LPGA in 1951, Rawls won the Sacramento Women's Invitational Open that same year. She went on to lead the tour in wins three times (in 1952 with eight wins; 1957 with five wins, tying her with Patty Berg; and again in 1959 with 10 wins).

Although she doesn't have as many majors or LPGA wins as many women on this list, Daniel — who won the 2003 Canadian Open at 46 years, 8 months and 29 days old — was the oldest winner in Tour history at the time. Daniel was also a successful amateur golfer before joining the LPGA (she won the U.S. Women's Amateur in 1975 and 1977). 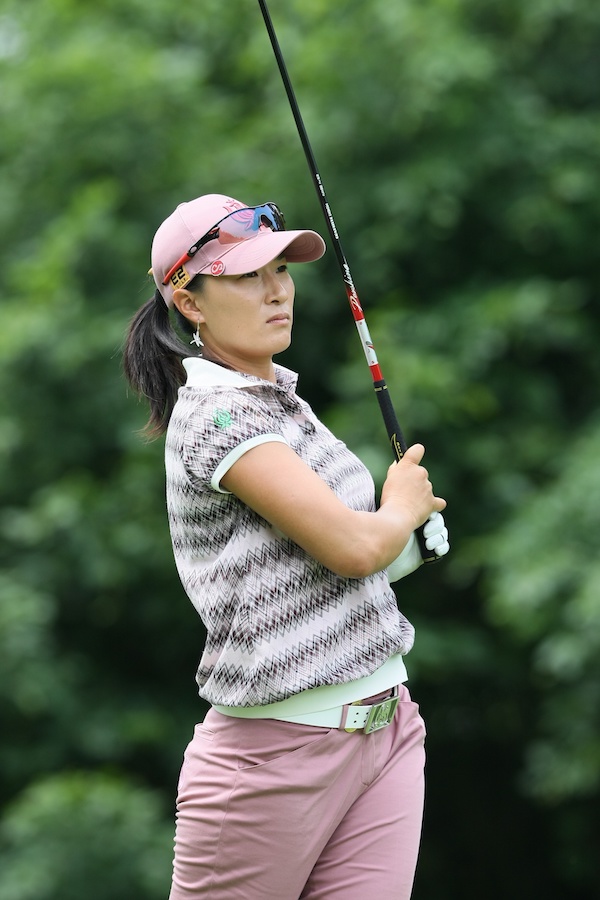 Si Re Pak is often credited with changing the women's golf game. When she joined the LPGA in 1988, Pakistan was the only Korean player on the Tour (she also won two majors that year). Pak opened the floodgates: a decade later, there were 45 Koreans on the LPGA. When Pak qualified for induction into the World Golf Hall of Fame in June 2007 at age 29, she was the youngest-ever living entrant.

Alcott's first professional tournament win was just her third-ever start. A strong first-year campaign saw her become LPGA Rookie of the Year in 1975. She then went on to want at least three times in a season in 1979, 1980 and 1984. In 1980, she also finished second five times and finished in the top 10 of 21 out of 28 tournaments played. That year, she won the LPGA Vare Trophy for the lowest scoring average across the entire tour.

Inkster — who has been on the LPGA Tour for 29 years and is still going — is one of the longest-playing female golfers ever. At 31 LPGA wins, she has the second-highest number of wins among active players today. She's also the only golfer in LPGA Tour history to win two majors in a decade for three consecutive decades (she won three in the 1980s, two in the 1990s and two in the 2000s). She's also captained at the U.S. Solheim Cup three times; her first time as captain, she helped her team win a come-from-behind victory in Germany, going from a 10-6 trailing position to rally for a 12 1/2-13 1/2 win.

Suggs was one of the LPGA's founding members, and she's also one of the Tour's most successful players ever. From 1950–1960, she only finished out of the top three in season-ending money once. In 1967, she was an inaugural inductee into the LGPA Tour Hall of Fame and was also inducted into the World Golf Hall of Fame in 1979.

In 1981, Shaheen was Rookie of the Year. After that, she had a banner year in 1992, when she became the first woman ever to win both the U.S. Women's Open and the Women's British Open in the same season. She was a member of five Solheim Cup teams, captaining the squad twice (2002 and 2003).

Like Louise Suggs, Patty Berg was also a founding member of the LPGA. Berg was the winner of the inaugural U.S. Women's Open in 1946. She holds the record for the most LPGA majors wins (15, surpassing Mickey Wright, who has 13 wins), which is all the more impressive considering she was active over 60 years ago.

Pat Bradley was the third women (behind Mickey Wright and Louise Suggs) to complete the LPGA "Career Gland Slam," which she accomplished by winning three of the four majors in 1986: the du Maurier Classic, Nabisco Dinah Shore and LPGA Championship. Golf runs in the Bradley family genes  — as of November 2019, Bradley's nephew, Keegan Bradley, is 49th in the PGA Tour.

With 41 LPGA wins under her belt, Webb has the most LPGA victories of any active player on the LPGA Tour. She won her second-ever LPGA start in 1996, became the first-ever LPGA winner to reach $1 million in earnings in a single season that same year, which led her to the top of that year's year-end money, and was named 1996 LPGA Rookie of the Year.

Although she doesn't have as many majors wins as many of the women in the top 10 on this list, JoAnne Carner, who was known as "The Great Gundy" and then "Big Momma," merits a mention because of her unique career achievements. She's the only woman who's won the U.S. Girls' Junior, U.S. Women's Amateur and U.S. Women's Open titles and was the first person ever to win three different USGA championship events (on the men's side, Tiger Woods is the only man who's won the equivalent three USGA titles). Equally impressively, when Carner made the cut for the LPGA Tour at age 65, she was the oldest player ever to do so — so she's had an incredibly long golf career. Carner was Player of the Year three times and winner of the Vare Trophy five times.

Lopez makes the five top on account of having one of the most impressive rookie campaigns ever. In 1978, she won nine times (including a major) and was both LPGA Rookie of the Year and LPGA Player of the Year — to date, she's the only player to ever have accomplished this trifecta. Her career wasn't slowed down by having three children, either, as she returned in still-winning form each time.

Whitworth has the most LPGA victories of all time (and has six more wins than PGA Tour leader Sam Snead, who has won 82 times on the PGA Tour). She was the first-ever LPGA player to reach $1 million in career earnings, reaching that mark in 1981 (adjusted for inflation, that's over $2.9 million in 2019 dollars). She's also one of only four LGPA golfers to win the same tournament five times. In her case, it was the St. Petersburg Open, which she won in 1965, 1968–70 and 1974. 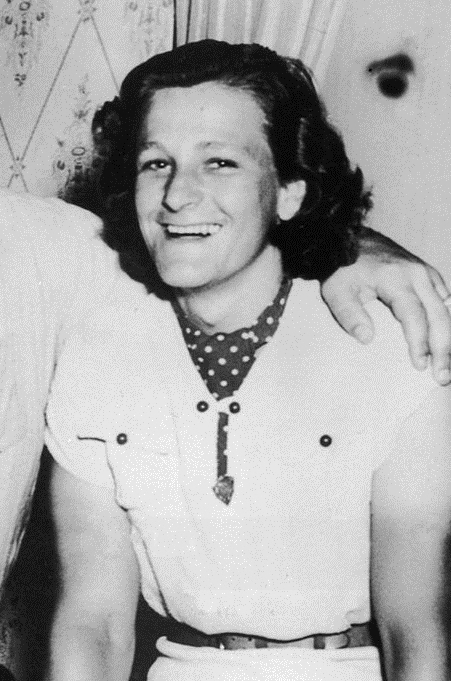 Zaharias isn't just one of the best golfers of all time: she's one of the best athletes of all time, period. Before she joined the LPGA Tour, she was an Olympian who won two gold medals in track and field at the 1932 Olympics. Her LPGA banner year was 1930, which she completed the Grand Slam, which was at the time three women's majors of the day (the U.S. Open, the Titleholders Championship and the Women's Western Open).  That same year, she also reached 10 wins in only a year and 20 days — the fastest time ever for an LPGA player to achieve that many wins. Nearly 90 years later, that record still stands.

Although Kathy Whitworth edges her out in all-time LPGA wins (Whitworth has 88 victories to Wright's 82), Wright's career is notable for how dominant she was: she won all 13 of her major championship titles (making her the second of all time, behind Patty Berg's record of 15). Ben Hogan — who's generally considered to be one of the best golfers of all time — said her swing was the best he'd ever seen.

Sorenstam holds the records for the most Player of the Year awards (eight) and Vare Trophies (six). She's also the only female golfer to ever shoot a 59 in competition. After she won the LPGA Tour eight times in 20001, she leveled up and won an amazing 11 times in 2003. When she joined the PGA Tour's Colonial Tournament in 2003, she was the first woman to play in a Tour since 1945. If that doesn't qualify her to be one of the coolest lady golfers of all time, I don't know what would!

Who is the highest-paid female golfer? 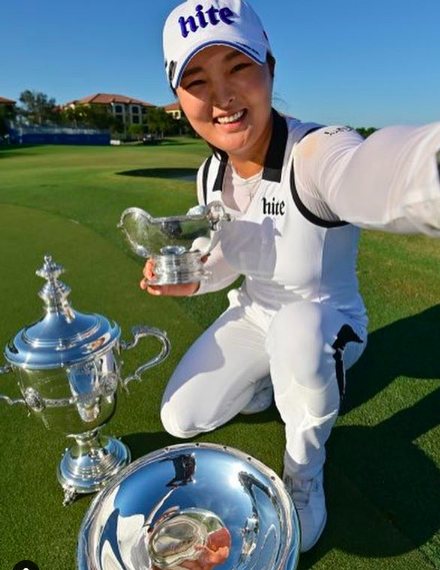 Who is the top-ranked lady golfer?

Lorelei Yang is a New York-based consultant and freelance writer/researcher. Find her on Twitter and LinkedIn.