© 2021 Fairygodboss. All rights reserved.
My Generation
The 7 Key Differences Between Millennials and Baby Boomers at Work
broadlygenderphotos
zoe.kaplan

The myths of millennials plague our news streams, telling us how the generation has single-handedly killed everything from napkins to relationships. The fightback has been warranted and tough, with many millennials blaming their parents or grandparents — the baby boomers — for many of the financial, social and environmental problems they face today. Even if the pushback against different age groups can get extreme, generational gaps only seem to be getting bigger.

Who Are Millennials and Baby Boomers?

“Millennials” has become a catch-all for newer, younger generations, but the term is technically limited to those born between 1981 to 1996 (the exact years may change from one definition to another). Today, these individuals are usually between 23 and 38, while their Baby Boomer counterparts are typically 55 to 73.

Baby Boomers are named for the post World War II “baby boom” and are born between 1946 and 1964. They make up about 76 million people; there are 95 million millennials. While neither of these figures beat the enormous size Generation Z — that takes up a quarter of the population — they’re the top two generations in the U.S. electorate population, trumping the voting-age-appropriate Gen X stock.

While the Boomers near typical retirement age, they’re working longer than those before them. In 2017, workers aged 55 or older still made up a quarter of the working population, while millennials took the lead — over Gen Xers — at 35 percent.

Baby Boomers are very loyal to their company, while Millennials are loyal to what they’re working on. A baby boomer is very likely to stay with one company for their entire career or for a majority of their work life; millennials may bounce around from one place to another to find work. This “bouncing around” is estimated to occur less than every three years, when millennials leave their current position to pursue better work opportunities elsewhere.

Work seems to claim less in-office time, which may be a product of the millennial work-style. Millennials are more open to working remotely, often working from home, in a coffee shop or wherever there’s wifi. Being more comfortable with technology and independent, they enjoy flexibility with their work schedule and can produce valuable content even through online communication. Baby boomers prefer to be on site. They thrive when conversing in person and often communicate in a direct and driven fashion. They value face-to-face interactions in the professional world.

Baby Boomers tend to be team-oriented. They are successful in group projects and assignments where extensive communication with coworkers is needed. While working in groups isn’t necessarily a Millennial’s pain point, they are often individualistic and prefer to work alone. If Baby Boomers are team players, Millennials tend to thrive in the solitary sport.

Millennials aren’t working simply to enjoy their paycheck. When looking for a new career opportunity, their decision is swayed by their passions and goals rather than on logistical requirements. They want jobs that can teach them, help them grow and make a difference. Baby Boomers may also value their work but often prioritize stability and security when making a job selection.

As part of the older crowd at the office, Baby Boomers often may want to lead and provide mentorship opportunities at work. When they just began their careers, however, they often did not outright seek mentorship opportunities. Millennials crave mentorship, specifically in the form of direct feedback from their superiors. Because they place emphasis on the value of their work, the desire for results and criticism is especially high. Baby Boomers don’t always appreciate the same type of constant feedback and instead prefer independent, private work when completing a task.

Baby Boomers believe that experience is the king of the workforce. If a Baby Boomer has been working at their company for a long time, she may believe this time commitment should earn her authority or a promotion; it’s not necessarily about how well you serve but rather how long you serve. Millennials associate the same authority and promotion with hard work and significant contributions to the company, regardless of age or relevant experience.

Millennials may be more comfortable with technology, which can make simple tasks easier, faster and more efficient than doing them traditionally by hand. However, the same technology — or other devices with which they’re comfortable — can undermine their work ethic and productivity. While 90 percent of boomers have Facebook profiles, Millennials often let social media affect their productivity at work and risk becoming less engaged.

Millennials are more educated than their parents and grandparents, with nearly 40 percent boasting a bachelor’s degree or higher to their name. About 15 percent fewer Baby Boomers hold the same type of degree; more of the generation consisted of high school graduates (40 percent), while those with just high school degrees make up 25 percent of the Millennial generation.

Baby Boomers had accumulated slightly more wealth than millennials at their age. This is mainly due to increased debt for the later generation; more Millennials have ongoing student debt. As the price of a college education has increased, so has the amount of debt millennial students owe.

While education can lead to debt, it has a larger impact on income for millennials. The income gap between those without a college education and those with one has dramatically increased, especially for Millennials able to obtain a Master’s degree. Household income has an even greater disparity, with those bachelor’s degrees or higher having household incomes of over $50,000 more than their high-school-graduate counterparts.

Baby Boomers began to grow up with vast and quick improvements in the medical field, yet often define “healthy” as not being sick. Millennials are more likely to include daily life habits in their definition of healthy, specifically eating well Nine out of 10 Millennials believe that healthy eating is one of the main points of wellness, compared to just over one out of 10 Baby Boomers (12 percent).

Yet while the fight for healthy eating practices wages on, Millennials are less active and more obese than earlier populations. New technology has lead to an increase in sedentary behavior and can have negative effects on sleep, stress levels and emotional wellbeing.

Sixty-seven percent of Baby Boomers were married when they were between the ages of 25 to 37, compared with under half of the Millennial generation. Millennials are part of the shift to marriage later in life, but the share of adults who never married is also increasing with their generation. According to Pew Research, it’s predicted that a quarter of adults will have never been married by the time they reach their 40s or 50s.

Millennials are slower in forming their own households and starting their own families. They are likely to remain in their parents’ home for longer stretches than generations before them. When Millennials do have children, they’re having them later in life; however, they still account for the majority of annual U.S. births. Their children (Generation Z and beyond) are on track to be the most diverse and educated generation yet.

The battle between the oldies and the youngsters is a war that has been waged regardless of time, place or technological gadgets. These differences can strike a chord between members of various generations, but by understanding the circumstances of distinct upbringings and cultural trends, there can be intergenerational harmony. 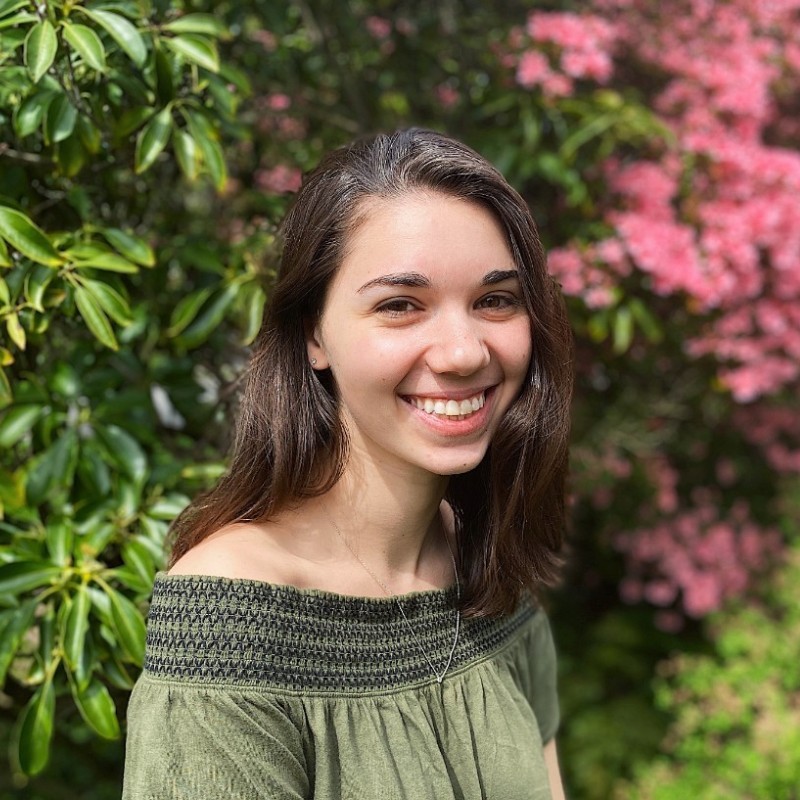 Zoë Kaplan is a community coordinator at Fairygodboss and writer. Along with her work for the Fairygodboss, she has written for bSmart Guide, Her Campus, and The Hudson Independent. Read more of Zoë’s work at www.zoëkaplan.com.

11
01/26/21 at 3:40PM UTC
Well from reading this article and it's comments, I can gather a few things. I personally thought as a gen z, that the paper was written with a light biased towards boomers. The language used and general sentiments (possibly unintentionally) put boomers on a sort of moral high ground that may or may not be real. The few comments, however, seem to believe that there is a heavy bias towards millennials. I would like to argue that regardless of what you think, it is important to try and take things in from multiple points of view. Telling some to 'get their act together' for writing a simple article about conceived generational differences is a little bit hypocritical since the author clearly made an effort to represent both sides as equally as they could, even going as far as to seem skewed in the favor of one (even though this article is very clearly not trying to say one is better than the other). I would suggest maybe trying to take in a viewpoint from the millennials and understand their specific hardships before making judgement.
Sharon Harbert

11
04/02/20 at 11PM UTC
That is absolute malarkey. The boomers were raised by the greatest generation and both made life much easier for the millennials. Both of the afore mentioned generations were in a competitive race to succeed and excel. Millennials have no idea what that was like. Get real and get your act together. We know the difference between sink or swim and we are swimmers. Learn how.
David Hubbard

12
03/20/20 at 4:28PM UTC
You say that millennials should appreciate it. well I'm a millennial and I can tell you I thank the previous-generation, but the previous generation must also understand that the new era is more difficult for millennials. We don't all have the same opportunities that the baby boomers had. a baby boomer didn't necessarily have to finish high school and was able to get a very good job. Today you need more than high school to get a very good job. are college and university fees are far greater and the baby boomers are which means we'll pay all of our debts a lot longer. Wages have been stagnating and haven't match the price of inflation. so far all the great things that the previous generation has done they must understand the negatives that equally follow. A lot of millennials are ungrateful. But then there are smart millennials like me that didn't have a fair opportunity to finish their degrees but are highly intelligent and understand the cons of what the previous generation has created. So do not say next time two millennial that is intelligent that may not have a college or university degree say that they're ungrateful, when they actually understand that things are much more complicated than it used to be.

Personalize your jobs
Get recommendations for recent and relevant jobs.
Employer Reviews
Realty Operations Group
No ratings yet
It’s great for women in the fact that many senior leaders...
Redfin
4.0
Dont expect to much. Done over exert yourself its...
Recent Content
Using This 4-Letter Word in Emails is the Secret to Seeming More Confident — and Getting More Done
I’m a Transitional Life Strategist — I Wish Candidates Knew This 1 Thing About the 2021 Job Search
10 Online Courses That Can Help You Land a New Job in a Fast-Growing Field