Jill of many trades. Lover of life and animals.
Last updated January 27, 2020

Virginia Woolf said, “One cannot think well, love well, sleep well, if one has not dined well.” Here at Fairygodboss.com, we also believe you cannot work well if you do not eat well. So to that end, this month we have composed a list of some of the best food blogs, and a number of them are James Beard Foundation or Saveur magazine award winners. Each blog is unique in its tone and approach; one may resonate with you more than another. 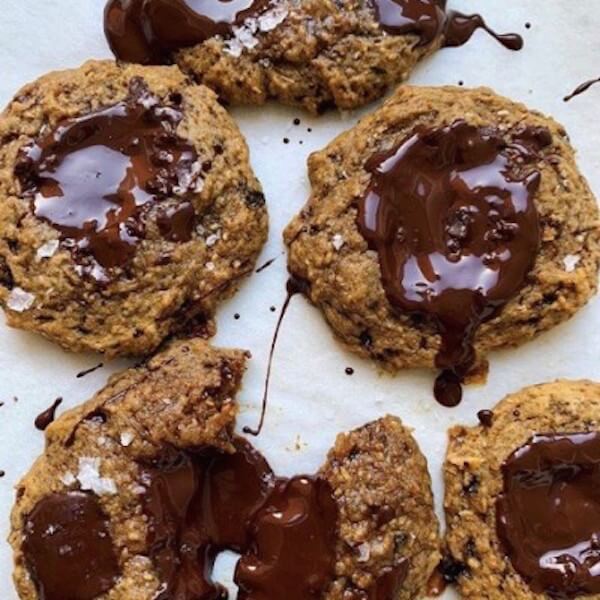 The British food writer, yoga instructor, and menu consultant who promotes that what we eat can make us glow, tops our list because of her philosophy: “Food is the most powerful drug; it informs not just how we look but how we feel and think too. My philosophy stems from my desire to educate people about this – and to show how healthy food can be delicious, nutritious, affordable and simple to make.” Her website contains recipes, wellness tips, videos, glow guides and links to her books and events. 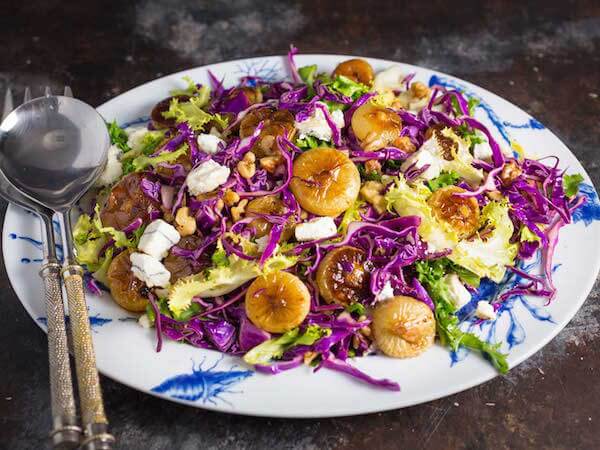 This is the “destination for delicious, serious eats” with articles on cooking and food techniques (like how to store food in a Sub-Zero fridge), videos, recipes (think “23 Chicken Breast Recipes to Make You Like White Meat” and tapas recipes for cocktail parties) and feature articles on celebrity chefs, the best kitchen tools. Serious Eats also has the photo-centric The Food Lab series that teaches you how to make lobster rolls, risotto and katsu at home. 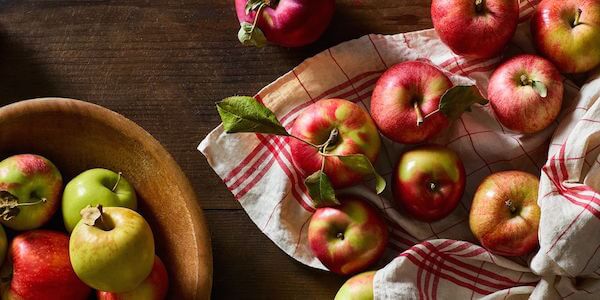 This was started by Amanda and Merrill in the Chelsea area of New York City to “bring cooks together from all over to exchange recipes and ideas and to support each other in the kitchen.” They live by the cooking manifesto: “Eat thoughtfully, live joyfully.” Who could disagree with that? Food 52 articles are broken down by What to Cook, How to Cook, New & Now, Home & Design, Drinks, Travel and You’re Good! Little Joys for Well-Being. They also run a Burnt Toast Podcast which claims to be “the perfect pieces of cocktail party fodder” in 15-26 minute-episodes. 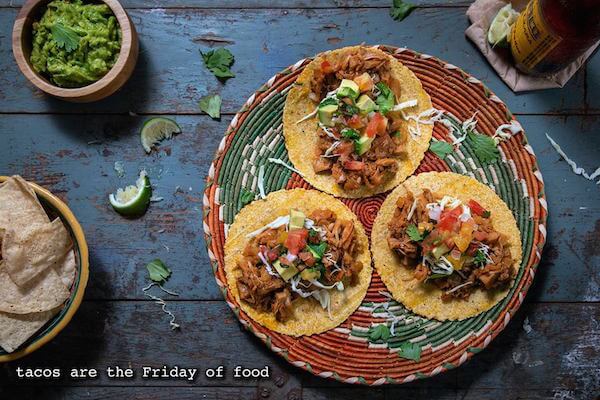 This is the place to go for foul-mouthed vegan recipes and books. Or as they say, “We’re the only website dedicated to verbally abusing you into a healthier diet.” The recipes are easy to follow and full of flavor. (My 18-year-old stepson gobbles the stuff up even though he claims not to like veggies very much.) Examples of recipes include BBQ Bean Sliders with Celery Seed Slaw (under the blog title “Spend the Weekend Slidin’ Dirty”) and Black Sesame Cold Noodles w/Spring Veggies (“You Deserve Fresh Noods”). If swearing frequently doesn’t bother you, this is the healthy recipes place for you. 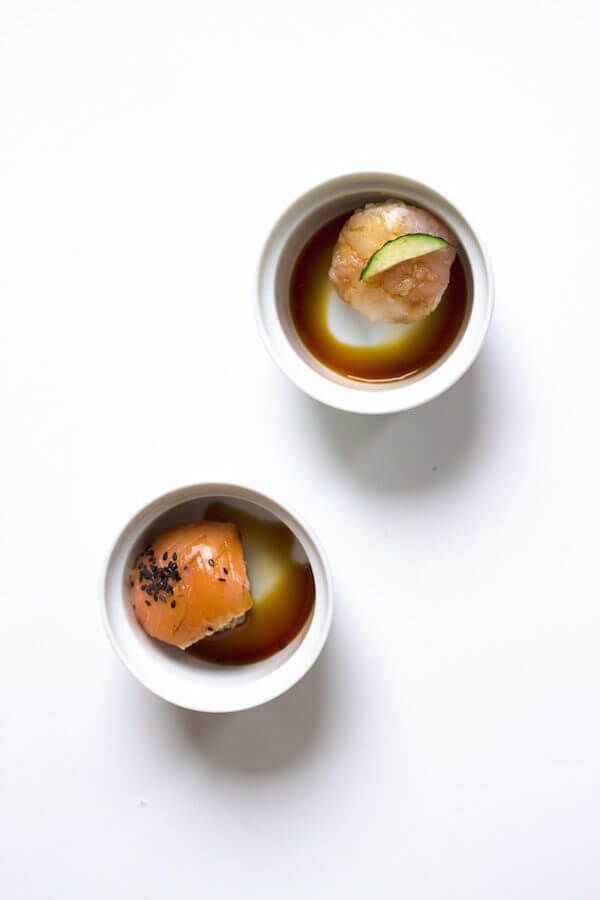 Photo via Eating with Your Hands

5. Eating with Your Hands

Eating with Your Hands is devoted to, well, eating with your hands. The blog’s tagline says, “Because cutleries are lame.” Fernando started the site because he thinks “hand food is fun food.” He includes recipes, articles about the food he’s eaten and places he’s been to eat that food (such as eating Iranian snack at the Azadi stadium, food trucks in Barcelona, Taiwanese street food ), guides on eating with your hands food, and reviews of places to eat with your hands. This site was a Saveur blog award finalist last year. 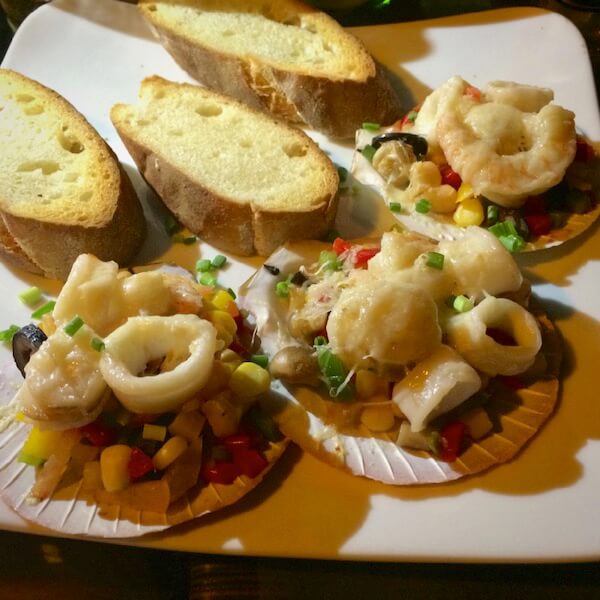 This was started by investigative journalists Karen Coates and Jerry Redfern because “Food is life—and death. It is history and culture, war and peace. It is our past, and it is our future. Food is who and what we are.” They write about dinner and drink, people and places, the planet’s health and the future of food as they live part of the year at their house in New Mexico and spend part of the year traveling abroad. Recipes are plentiful (with gluten-free options) and the couple also authored four books. 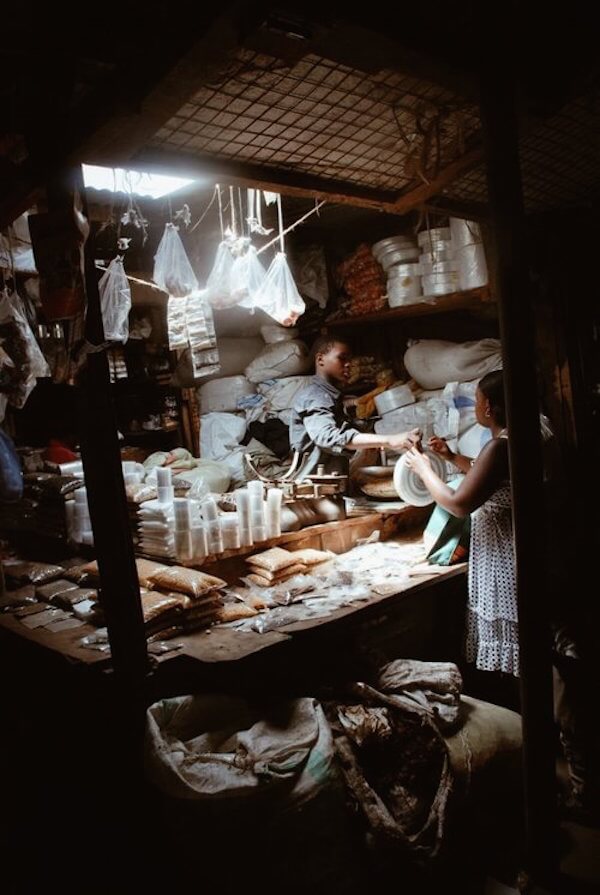 Photo via Potato Chips Are Not Dinner

7. Potato Chips Are Not Dinner

This is a food blog by Paulina, a flight attendant who claims to be “eating my way around the world” when she isn’t at home in Los Angeles. Recipes (matcha custard pie, sticky rice with mango, abogo three ways etc.)  are sprinkled between travelogues and advice (How to Eat in Tokyo, Japan and Vietnamese Coffee Popsicles and How to Cross the Street Without Dying, for example). The tone is fun and the photos look realistic (as opposed to those photos where the food looks fake or Photoshopped to perfection). 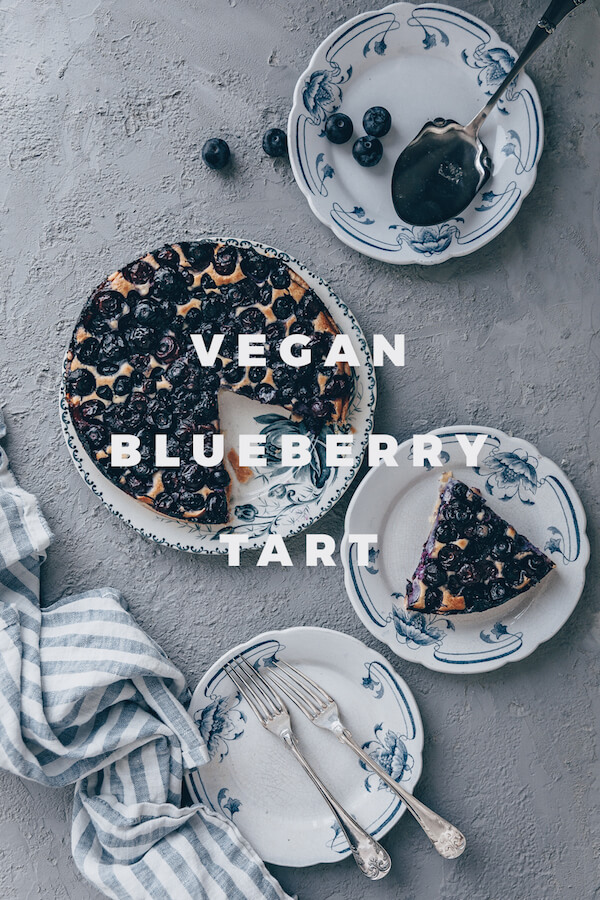 White.Vivid was created by Kati who is mostly a vegetarian, “a foodie, picture taker, magical moments hunter and enthusiastic of everything else.” She writes about travels and delicious food, both home and away, and includes recipes, food guides to cities, hotel reviews and gorgeous photos of both scenery and food.  Her Mediterranean Vegetable Gratin and Springtime Rhubarb Almond Cake with Fresh Strawberries are art. 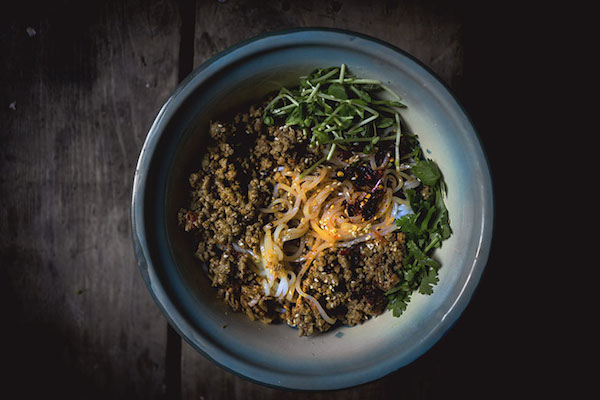 Photo via Lime and Cilantro

This is the food blog of Soe Thein, a Burmese medical student at the University of California, Irvine School of Medicine. He started the blog in 2012 after “sheer desperate craving for hometown cuisine” and says that, “Behind each recipe lies a story of perseverance, creativity, love and history.” Recipes include Burmese food, appetizers and small bites, noodles and pasta, vegetable dishes and salads, rice and sweets (such as the awesome, fudgy no-bake hipster brownie bites). 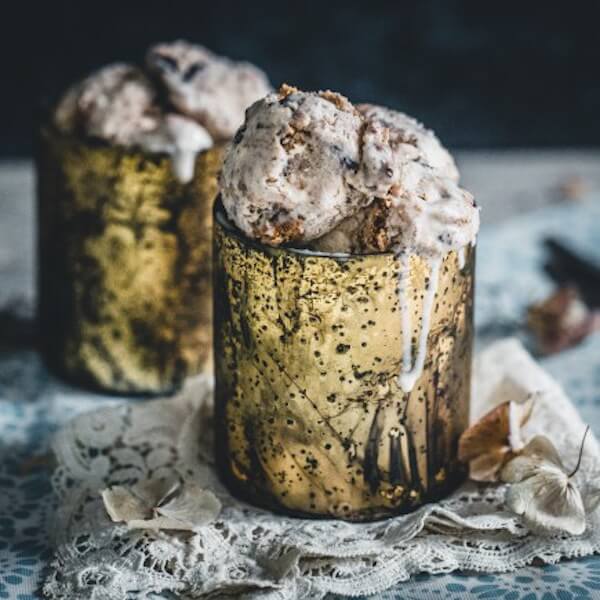 Photo via Harvest and Honey

This is an “open-ended love letter, culinarily inspired” by Lauren McDuffie, who describes herself as a passionate and curious food lover…who writes for a living and cooks for the love of it. Recipes are separated into Breakfast and Bread; Snacks, Sides, Salads & Soups; Sweets; and Drinks. And articles have engaging titles such as “Last Meal on Earth” and “Laughs in Wildflowers.” The blog won Saveur’s Best New Voice, Readers’ Choice Award in 2016. 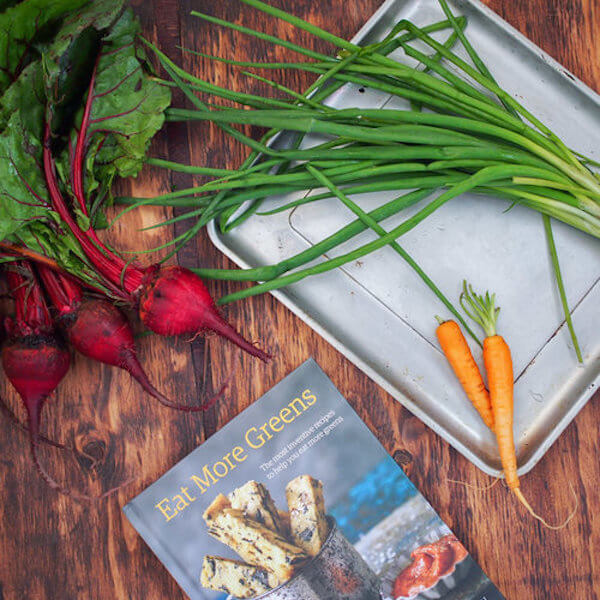 This is a vegetarian food blog by Christine (daughter of a Kuala Lumpur chef) who lives in the San Francisco Bay Area. The blog focuses on seasonal produce and Southeast Asian flavors and recent recipes include green garlic and spring onion fried faro, Asian rainbow chard wraps and baked south Indian fava bean fritters with green chutney. Vermilion Roots was a Saveur 2016 blog award best new voice finalist and Christine has written interviews on her site with Soe Thein of Lime and Cilantro and many other food bloggers. 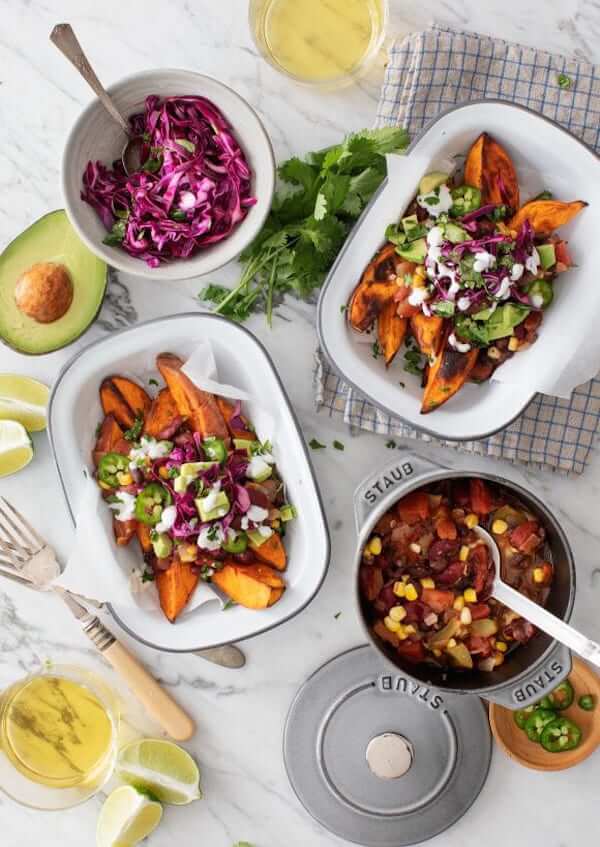 Photo via Love and Lemons

Love and Lemons is the brainchild of Jeanine and Jack in Austin, Texas, and this couple has a “soft spot for avocado toast and kale salads.” The blog has been featured in Food & Wine, Food 52, Oprah Magazine and many others. And The New York Times called  The Love and Lemons Cookbook: An Apple-to-Zucchini Celebration of Impromptu Cooking  as “happiness in itself tossed in every bowl.”  Recipes on the blog are searchable by the categories of dairy free, gluten free, raw, vegan and vegetarian, in addition to season and meal type. 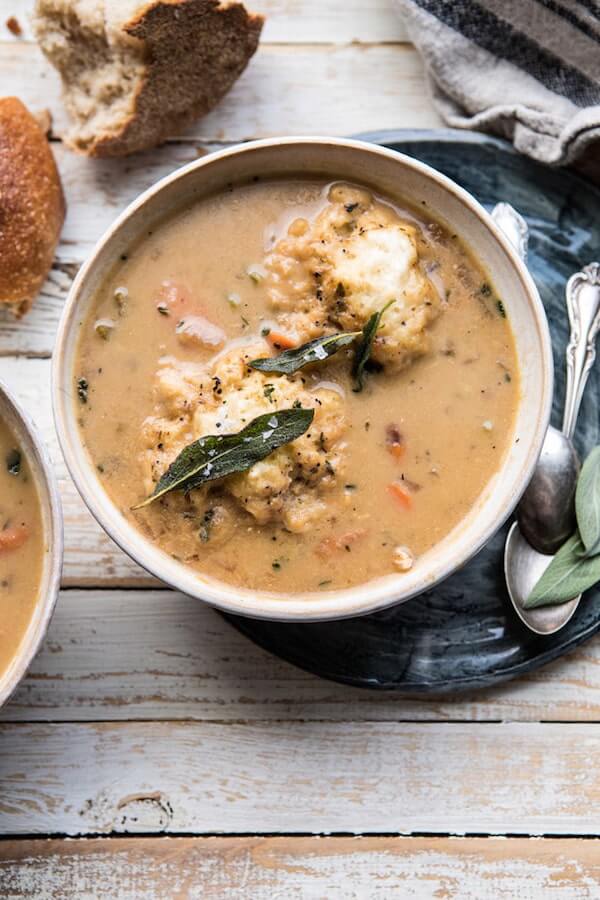 Photo via Half Baked Harvest

Half Baked Harvest was launched by Tieghan in a converted barn in Colorado in 2012 and its been featured on television and in magazines plus won Readers’ Choice Favorite Food Blog by Better Homes and Gardensin both 2014 and 2016. It was also the recipient of Saveur Magazine’s 2016 Award for Most Inspired Weeknight Dinners as well as the 2016 Bloglovin’ Best Food Blog Award. The recipes range from “cozy comfort foods to healthy(ish) desserts sprinkled with a few over the top creations.”  Blog favorites include Buffalo cheddar soft pretzel twists with everything spice, honey raspberry brie crostini with basil oil and nourishing 7 ingredient chocolate chip ricotta banana bread, plus many of main courses, meats and pizza recipes. 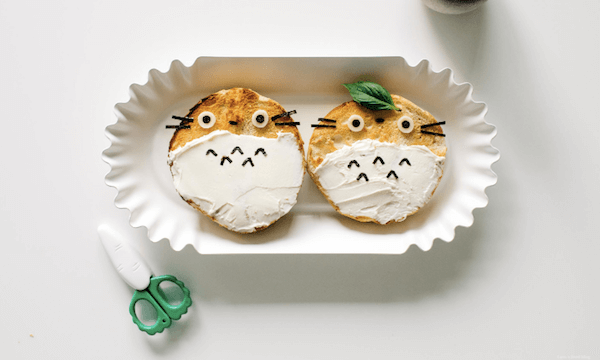 Photo via I Am a Food Blog

This is a collaboration between Steph, who has a soft spot for noodles, bacon, potatoes and breakfast foods, and Mike, who loves Scotch. Recipes on the site range from easy and uncomplicated (think cheesy baked spaghetti and pizza toast) to the more elaborate (shrimp with spring vegetable cauliflower rice paella and kimchi stew with mochi and egg).  The couple also blogs about food related travel. I am a Food Blog has won Saveur’s 2014 Editor’s Choice for Best Cooking Blog and Blog of the Year awards and it’s been written about in Food & Wine. 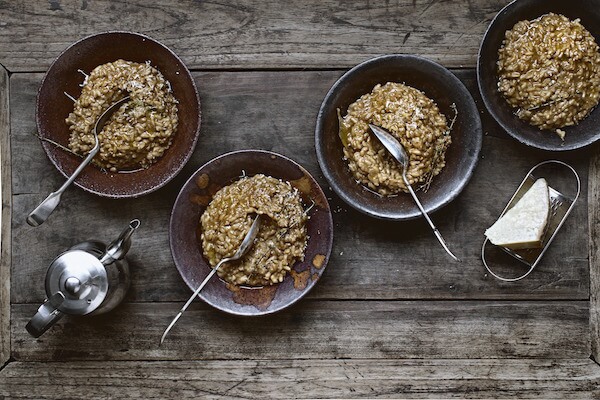 Photo via Lady and Pups

Lady and Pups calls itself an “angry food blog” that started in 2012 as an outlet for Mandy Lee’s misery after moving from Vancouver and New York to Beijing. (She currently lives with her husband and dog children Jiao-Zi and Xia-Mi in Hong Kong.) The recipes on the blog have an Asian flair and rival those in high-end glossy food magazines (Buffalo wings soup with dumpling with skin crackling; fish wonton with anchovy, garlic and Tabasco; Tuscany’s pork fat bits country bread), but what sets this blog apart from the others is the tab “The Flops”, where she writes about the recipes that didn’t work out (and shows photos of them too). This column includes dishes like caramelized lime spaghetti and kale and mocha ice cream. And the link to her Instagram account where she publishes “the shit I eat when I’m by myself” which includes a grilled cheese sandwich that contains arugula and Flaming Cheetos and orange ramen.

Filmmaker and food writer Anna Thomas said, “We all eat, and it would be a sad waste of an opportunity to eat badly.” So check out these blogs and Buon Appetito.

Looking to budget better or save for retirement? Check out one of these personal finance blogs.

Into fashion and want to keep ahead of the latest trends and scout all the best sales? Check out these fashion blogs from around the world.

Are you a mom and looking for parenting advice? Working mom advice? Business ideas? These mommy blogs will inspire you.

Jill L. Ferguson is the co-author of WOMEN Are Changing the Corporate Landscape: Rules for Cultivating Leadership Excellence and Raise Rules for Women: How to Make More Money at Work. She is the founder of Women's Wellness Weekends and can be followed on Twitter: @JLFerg.

Our mission is to help women create the best careers for their lives. Join us to see what people are saying about your company, and pay it forward by sharing your own anonymous tip!

9 Comments
Browse recent articles
The Dirty Dozen: The Worst Things You Can Put On a Resume In 2022
Don’t Be Afraid to Live, Dream and Pivot Your Career, According to a Senior People Business Partner
3 Reasons To Ask For a Promotion Prior to Labor Day — And How to Go About Doing So
Introducing Our New Head of Recruitment Marketing and Customer Success — Gabi Carachilo!
How Embracing Challenges Leads to a Dynamic Journey With Multiple Careers
Considering a Career Change? Use This 3 Step Guide to Make Sure You're Ready
See more
Achieve your career goals.
Be part of the largest online career community for women to find jobs, advice, and support — for free.