Why It Takes A Sisterhood For Women Entrepreneurs To Succeed

As a first-time entrepreneur right out of Carnegie Mellon, Shanna Tellerman didn’t pay much attention to the paucity of women founders in the startup world.

It was 2005 and she was head-down building her 3D-game design platform, Wild Pockets, which she would end up selling to AutoDesk five years later. As a woman in the male-dominated gaming world, she was certainly unique. But it wasn’t until she went to work as a venture capitalist at Google Ventures that she realized how few women were pitching their businesses, and how few women were on the investment side.

“That's when I personally got super passionate about connecting women together,” she said.

Tellerman didn’t have a professional network. So, she created one:

“I started doing these happy hours organically because I wanted women to build authentic relationships. I felt like a lot of the networking ‘events’ or ‘groups’ weren't necessarily set up in a way where you could build strong bonds.”

In April 2016, Tellerman decided to move her happy hour to a new location — Park City. Deep in the throes of building her second company, 3D home-design platform Modsy, she invited 50 women from her new network of women entrepreneurs and investors to the sunny and snow-covered slopes of Park City to participate in the city’s “Thin Air Innovation Festival,” a three-day gathering of innovators and influencers from the technology world.

One of Tellerman’s invitees, Joanna McFarland, founder of the “Uber-for-kids” startup HopSkipDrive, says she felt “guilty” being out there on the slopes on a Thursday, when she should have been working. Then she reminded herself that this is what the guys do.

“Men go on golf outings all the time and nobody feels guilty about it,” McFarland said. “For them, that's work.”

One of the common themes that emerged from the five years of reporting and over 250 interviews we did for our book, “Geek Girl Rising,” is the importance of relationships, especially relationships between women. Anyone who's been successful in their careers can attest to the power of networks, friendships, and communities of support.

We found this “sisterhood” in female-focused co-working spaces like HeraHub and The Wing, in accelerator programs like the Women’s Startup Lab and MergeLane that support and invest in female founders, in women’s groups at companies from Google to Goldman Sachs, and on college campuses, where women in engineering and computer science are coming together to address gender disparities and inspire the next generation of girls in tech. As Shelley Zalis, CEO and Founder of the Girls’ Lounge, says, “A woman alone can be powerful. But collectively, we have an impact.”

When you find yourself in situations, within your workplace or outside, where you feel alone, or like you don’t belong, seek out those networks. Find people who will cheer you on, not bring you down; help you get ahead, not hold you back; and connect you with contacts to help you succeed. And if you can’t find these networks, do what Tellerman did — create your own.

Read more about the sisterhood shaking up the male-dominated world of tech in the new book “Geek Girl Rising: Inside the Sisterhood Shaking Up Tech,” in bookstores Tuesday (May 23). 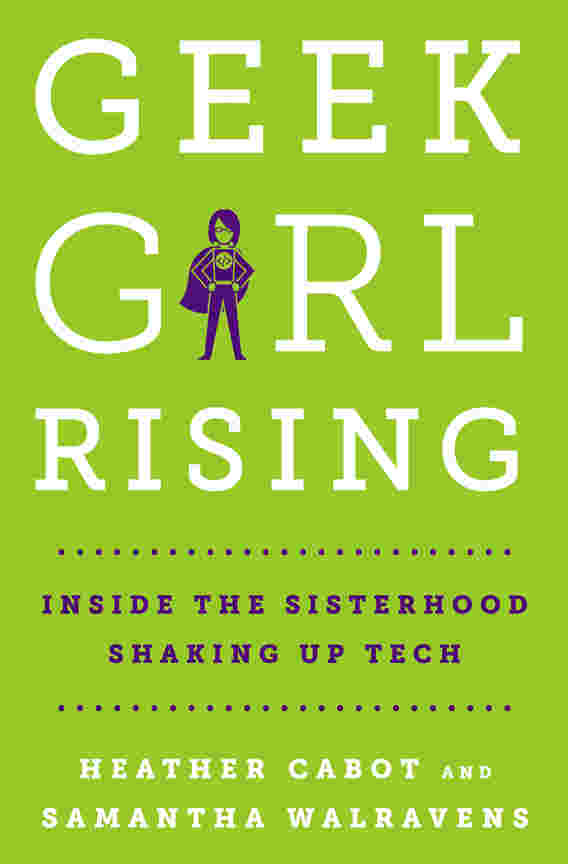 Samantha Walravens is co-author of the book “Geek Girl Rising: Inside the Sisterhood Shaking Up Tech” (St. Martin’s Press, May 23, 2017).