Ashley Brundage, an Inclusion Consultant at PNC Financial Services Group, Inc., was met with many closed doors and rejection amid her career change in 2009. A restaurant manager at the time, Brundage said she had to, “start from the bottom and work her way up.” But if she was going to begin her career anew, she was going to do so authentically — that’s when she decided to transition from male to female.

Finally, Brundage joined the team at PNC, a financial services company and award-winning equal opportunity employer, in 2011. She has since held five positions there, including Financial Consultant, Licensed Financial Specialist and her current role, where she educates members of PNC on diversity and inclusion to expand their corporate culture. 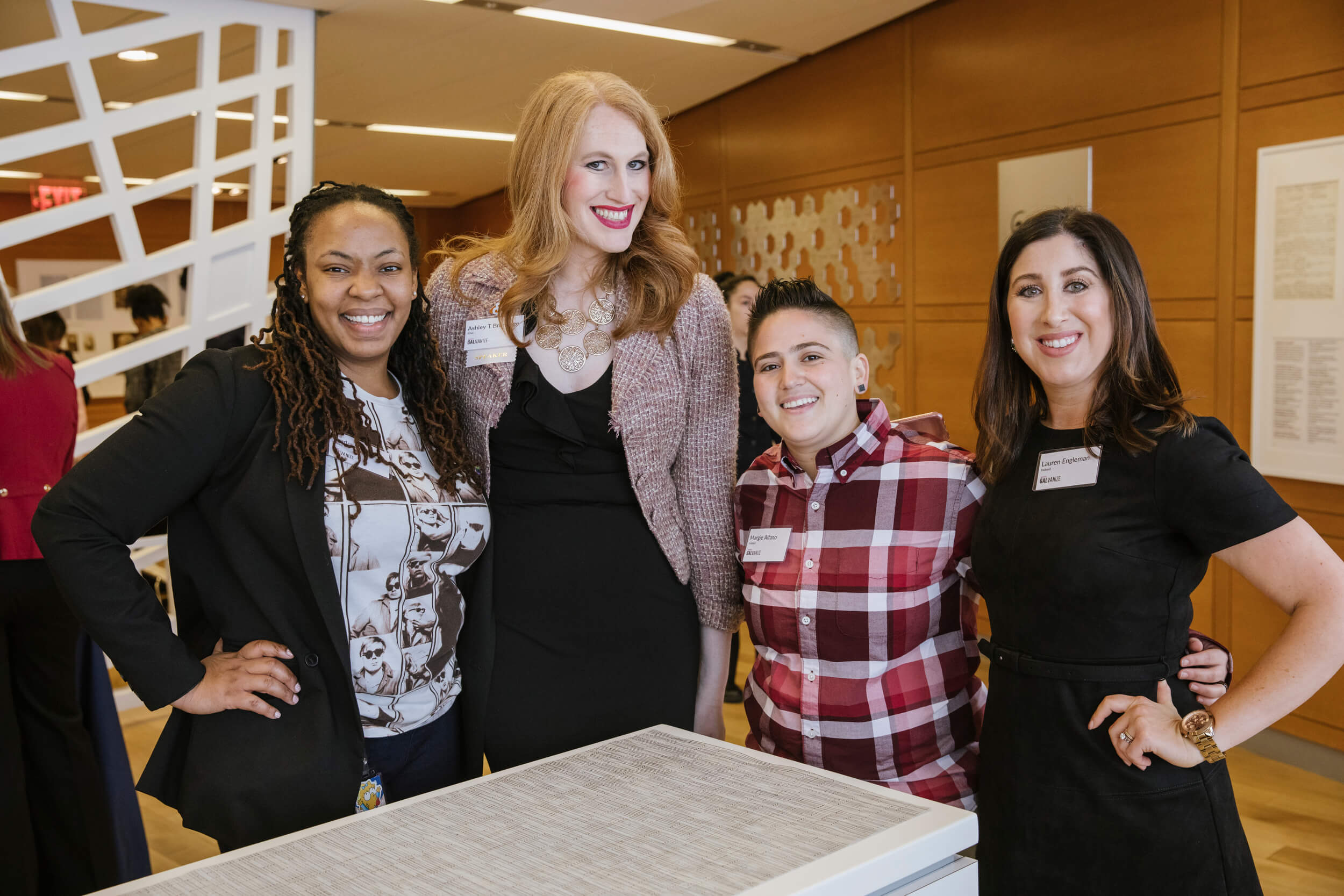 Group shot of Ashley Brundge and conference attendees at Galvanize 2019.

Each of those closed doors was a building block she used to raise herself up and stand taller, she told guests at this year’s Galvanize conference. She also shared advice for how people can be more supportive and considerate of the needs of their LGBTQ+ colleagues.

“Your words matter, feelings matter, thoughts matter, all those things matter, but I think we really have to look ourselves in the mirror and ask, ‘Are we speaking intentionally to be inclusive of all?’” she said.

For employers, LGBTQ+ support looks like the implementation of employee resource groups, inclusion programs and leaders who specialize in diversity — PNC has them all. Brundage says: “One of the things we do at PNC to position the organization to be inclusive for those who are in the process of transitioning is allow them to create their own roadmap for what’s important to them — timeline, process, training, education, leadership – all those things are tied into that.” 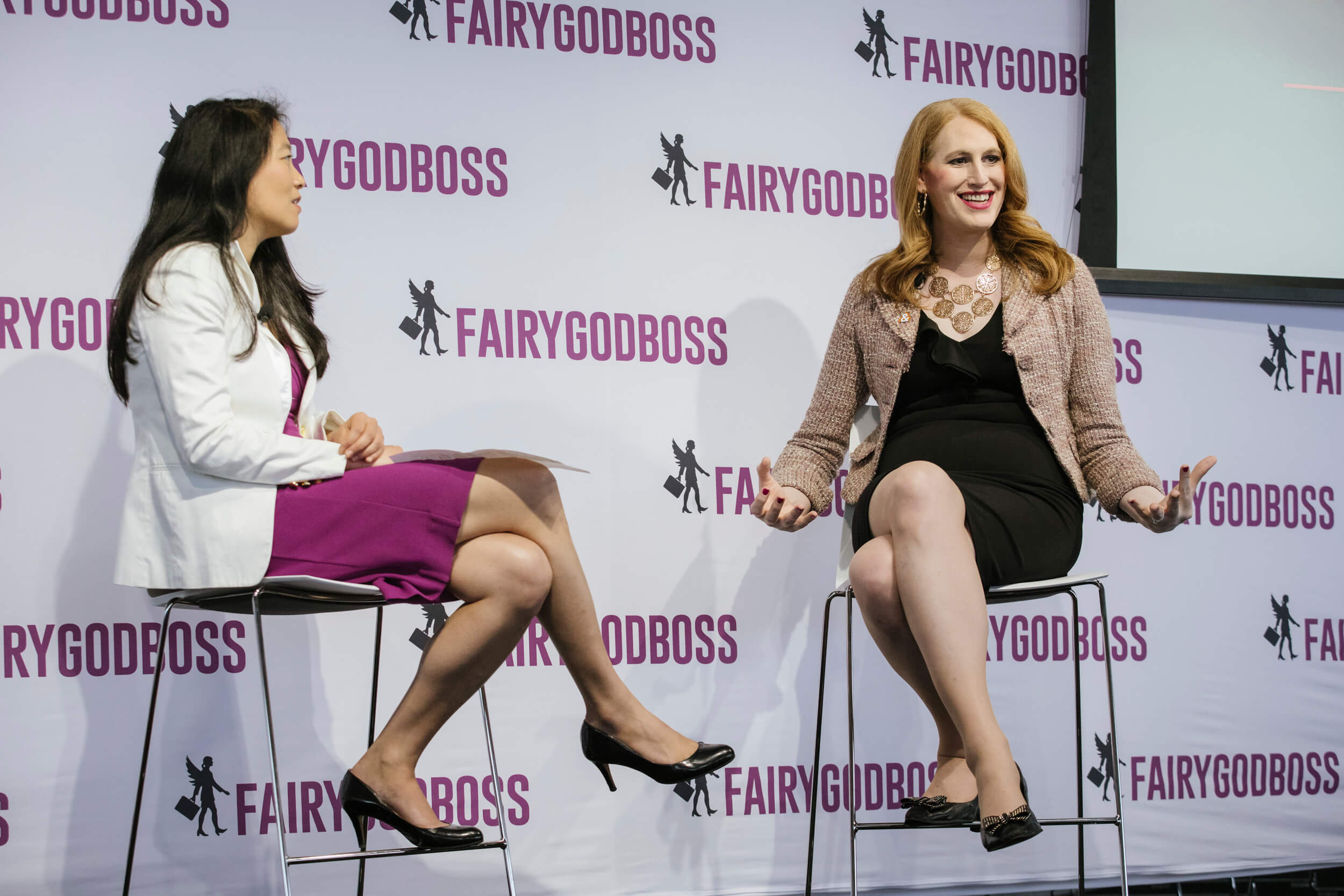 Photo of Ashley Brundage and Georgene Huang at Galvanize 2019.

PNC’s employee resource groups are another example of the company’s inclusion efforts, spanning their footprint with over 90 chapters and a goal of exceeding 100 in the next year. And the company’s line of business Diversity and Inclusion (D&I) Councils similarly expand their initiatives by affecting change within particular sectors — for example, the technology line of business D&I Council, which created a subgroup aimed specifically at recruiting more women into the tech industry.

“I manage groups of volunteers and use regional sponsorships to build relationships with diverse communities,” Brundage says of the Regional D&I Council, another leg of the company’s diversity and inclusion initiatives. “We’re very strategic about how we do that.”

But ultimately, “being a champion of LGBTQ+ rights can be as simple as having a conversation with someone,” Brundage says — and  anyone can start there.

Fairygodboss is proud to partner with PNC. Find a job there today!