Multitasking In The Workplace: 5 Strategies That Actually Work

Ever find yourself responding to emails on your phone running through the grocery stores? Or on hold with the insurance company while vacuuming the house and waiting for the oven to preheat?  Or rushing into a meeting while on the phone wrapping up another important call? Those are all examples of multitasking.

Multitasking is what we do when we deal with more than one task at the same time.

So what happens in your brain when we multitask?

"Multitasking reduces your efficiency and performance because your brain can only focus on one thing at a time," according to Talent Smart. "When you try to do two things at once, your brain lacks the capacity to perform both tasks successfully. Research also shows that, in addition to slowing you down, multitasking lowers your IQ."

How Does Multitasking Hurt Women?

Is multitasking a thing for women more so than men? Science says yes.

A recent study, however, has shed some light on individual performance when multitasking, and it turns out women have a more natural ability to multitask. In a study published by the Royal Society Open Science Journal, a group or researchers set out to see the effects of performing multiple tasks on a group of men and women. The experiment consisted of swinging the right arm, which is an action controlled by the left hemisphere of the brains, while also performing cognitive tasks using the left hemisphere. The participants had to walk on a treadmill and swing their right arm, while also completing a Stroop test (a test where color names are written out in colors that don’t match their name).
This study backs up the results of a previous study that showed the effect of multitasking on men and women. The study, whose results were published in the BMC Psychology Journal, compared the performance of 120 men and 120 women. The experiment consisted of a computer-based task switching paradigm. A second experiment was done that measured the effectiveness of multitasking on paper.
The results for both studies showed that men had the most difficulty performing these tasks, while women, specifically women under 60, had little to no interference in performing the acts. In all scenarios, women outperformed their males counterparts considerably. So it turns out women do have the ability to multitask. But should we juggle multiple tasks at a time?

How to Multitask Successfully

While multitasking at work isn’t necessarily ideal, sometimes, in the fast paced, ever-evolving world of the working woman today, it’s a necessity. That’s why mastering effective multitasking skills is an integral skill to practice. There are only 24 hours in a day, but sometimes 34 hours of work needs to get done. Sometimes you’re given a project at the last minute that needs to get done alongside an array of other projects with looming deadlines. And while multitasking shouldn’t be habitual, when you’re on a deadline, proper technique could make you a star and increase productivity tenfold.
It is important, however, not to sacrifice effectiveness for efficiency. Doing something quickly for the sake of getting it done can’t prove to be a worse endeavor than not meeting a deadline. That’s why multitasking needs to be done correctly. And with these tips on mastering workplace multitasking, you’ll never make that mistake again.

The first step to effective multitasking is having a plan or setting goals. You can’t “just wing it” and hope that your goals will be reached and your tasks will be completed to the best of your abilities and with optimal focus. Multitasking isn’t effortless, and it takes succinct and well-thought-out planning to ensure nothing falls through the cracks. A great place to start is with a to-do list. Give yourself a period of time to perform these tasks, and don’t overload yourself with too many at a time. Two or three tasks in a two to three hour time slot can ensure that you’re giving yourself enough time to work on each task and give it the attention it deserves.
It’s vital that you know how you are going to tackle each project and have that laid out so you don’t have to do too much on-the-spot thinking or brainstorming. There’s nothing worse than getting halfway through a project and realizing you have to do it all over again, and if your brain is fried trying to do too many tasks at once, that is exactly what could happen.

2. Combine Similar Tasks to Work on at the Same Time

Multitasking in and of itself is a complicated process. Many believe it can’t even be done! But in order to master effective multitasking, it’s vital that the tasks you’re working on have some similar thread. If your mind is going to be jumping around from task to task, it’s necessary that the tasks have something in common, as your short-term memory can only handle so much. Whether they are all a part of the same project, or they all involve the same process, keeping the tasks you’re working on similar will make it much easier to complete them effectively and efficiently.
If you’re working on multiple projects for clients, try to keep the content of each client similar. If they are all in the automotive industry, clump them together. If you have social media plans to create for multiple clients, clump those together as well. This will waste less time switching from one train of thought to another, and might even add an extra boost of creativity.

Distractions are your enemy. Distractions can be detrimental even when you’re working on the simplest of tasks, so when trying to juggle multiple projects at once, they could spell disaster. This might mean keeping the door to your office closed while work going on in the office around you. If you don’t have an office, it might mean booking a conference room for a few hours to keep you away from distractions like gossiping coworkers, colleague phone calls, and the smell of someone’s pizza being reheated in the kitchen. Turn off your cell phone. Move into a quiet area. Maybe you want to listen to music to increase focus. Whatever your technique, dedicate yourself to these tasks and these tasks alone.
Especially after a few hours of work, your mind will want to wander. That’s why it’s key to make sure there is nothing that’s going to make it easier for you to drift. Multitasking demands all of your attention, and then some. It takes perseverance and dedication and commitment. You’ve come this far, you can’t slip now. And you don’t want your attempt to multitask affect the outcome of whatever it is you’re trying to accomplish.

4. Consistently Check in with Your Tasks and Goals

This harkens back to the first point about planning out your tasks. If you know what you have to work on, and you set times for each step to be completed, then you know you’re on the right path. Look back on your to-do list for this. Make sure you are checking and rechecking your work throughout the process. If you have goals that you wanted to reach working on the one project alone, and you haven’t yet reached them, then you know your multitasking is likely getting in the way. Set small steps for each project so that you know you’re moving forward as opposed to plateauing.
There are some great tools out there that can help you with it. Tools like Trello and Asana can help keep you accountable as you’re working through these tasks. Having something that keeps you accountable and is easily accessible will make the process of multitasking even more effective, and it might even give you a greater sense of accomplishment to know you can fit so much into a shorter amount of time.

5. Take Time to Review Your Work

When all is said and done, and the projects you’ve set out to work on have been completed, it’s imperative that you take the time to pay attention to specific details and review all that you’ve done. This might seem counterproductive, or even a waste of time. But the review process is vital when working on any project or task. This is the step that might end up taking the most time, as you must make sure that the work you did on one task didn’t bleed over into the other. Check what your original assignment was, and make sure the final product ticks off all the boxes. Dot your Is and cross your ts and before long, you’ll have completed a successful multitasking session.
Not all people multi-task in the same way, as one human brain isn’t the same as another human brain. But with research backing the prevailing idea that can, in fact, effectively multitask, it’s important that you follow these steps for complete cognitive control. There’s a reason many psychologists say they don’t believe in the idea of multitasking, but that doesn’t mean it’s not possible when you’ve had the proper practice, and are dedicated to completing these tasks to the best of your abilities.
In today's society, multitasking is a skill that working women can use to their advantage, and they should do so to increase productivity and give themselves a leg up on the competition. But it’s vital that you pay attention at all steps of the process. Plan, prepare, and review to keep yourself accountable and your focus strong. People try and fail to multitask all the time, but if you can master these skills, you can prove yourself a valuable asset no team can live without. 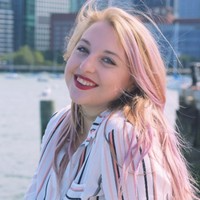 Kristina Udice is a senior SEO analyst for Reprise and a copy and content creator for a wealth of publications and businesses, including Fairygodboss, Express Writers, Learn Language Hoboken, Insider, and more.

3 Comments
Browse recent articles
How to Best Respond to Situations of Ageism in the Workplace — According to an Executive Coach
The Importance of Personality Over Skill When Growing a Team — Lessons From a Director
‘I Love My Job’: At My Company, Opportunity Grows Every Day — From a Preschool Teacher
What If Climbing the Corporate Ladder Isn't the Answer?
I'm a Career Coach — Here are 10 Ways to Cope with Interview Nerves
I Pivoted From a High School Teacher to a Director of Innovation and Architecture: Here’s How!
See more
Achieve your career goals.
Be part of the largest online career community for women to find jobs, advice, and support — for free.