The Secret To Building Impactful Relationships With Your Coworkers Is This

How often do you join forces with your coworkers outside of the office?

Turns out, the way employees answer this question could have a pivotal impact on their overall job satisfaction. It certainly isn’t news that a community-oriented work culture is also one proven to foster higher levels of worker productivity and engagement. Given the positive correlation between out-of-office relationship building and companies’ bottom lines, you’d think managers across the U.S. would be scrambling to coordinate fun mixers and activities for their teams — but that’s not necessarily the case.

Look no further than Dell for inspiration. Their world-class lineup of 14 different Employee Resource Groups (ERGs) not only facilitates community-fostering within the company, but outside of the office, as well. As a member of one of these groups, employees at Dell get to connect with other team members who share a common ethnicity, gender, nationality, lifestyle, and/or sexual orientation in order to volunteer, receive mentoring, and get involved in their communities. And some of these folks are using the opportunity to catalyze major positive change.

We chatted with four women at Dell about the impact they’re making in their jobs, in their lives, and in their communities with the support of ERGs. 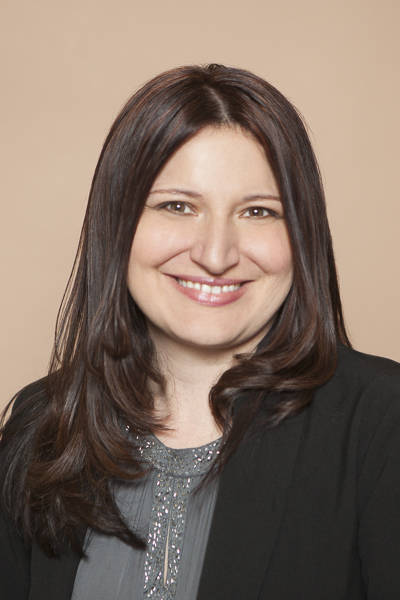 For Ligia Morales, joining Dell’s employee resource group for local Latino talent was a game changer for her career.

“When I first started working at this company several years ago, I focused specifically on the tasks and work that needed to get done each day only,” she recalled. “As a Latina woman, it oftentimes is easy to be self-conscious when it comes to advocating for ourselves, as it was instilled in me to always be humble.”

Since joining Latino Connection, however, Morales has gained serious ground in developing leadership skills, confidence, and self-sufficiency to help her better understand the unique value she brings to Dell. After attending an ERG event featuring a talk by “Morning Joe” co-host Mika Brzezinski about pay equality, Morales went straight to her manager and successfully made the case for a promotion (the first of many).

“Because of the skills I developed as an engaged member of both the Latino Connection and Faith ERGs, I was able to get out of my comfort zone on multiple occasions, and the relationships that I have built over the years are one of the biggest causes of my happiness at Dell,” she said, adding that her work as a leader for both ERGs has inspired others to follow in her footsteps and practice leadership, too.

Having the opportunity to be mentored in areas like career self-advocacy and negotiation was also hugely influential for Costa Rica-born Morales. Though she deeply admires her parents’ ability to thrive despite adversity, she couldn’t turn to them for help navigating the corporate world, as they came from a country where education is a privilege rather than a necessity. Today, she’s paying it forward by using her Latino Connection network to help others who have immigrated to the U.S.

“Several team members over the years have reached out to me directly, eager to assimilate into the local culture, and I gladly lend a hand wherever possible,” Morales said. “The partnership and family environment we have fostered has made the difference for many as they seek to overcome challenges.” 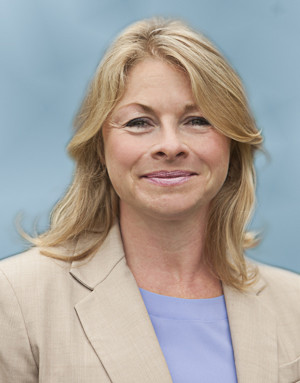 Kristine Biagotti got involved with Dell’s special abilities ERG for two reasons that hit close to home — a daughter, 22, who has mitochondrial disease and a stepson, 13, who’s on the Autism spectrum.

“I’m very passionate about not only my family, but also my friends and colleagues in being able to help them navigate the disability world,” Biagotti, who serves as chapter chair for the Boston area and community outreach lead for North America, said. “I’ve certainly learned a lot over the years, so it’s my passion, and I want to give back in helping others.”

Though her connection to the group may be a highly personal one, she stressed that the network is truly “for anybody and everybody,” adding there are members “who are employees, members that have family members or friends with disabilities, and then we have people who just want to gain more knowledge.”

Starting out as what she calls a “real grassroots effort,” this ERG has since blossomed into one whose membership not only encompasses a range of connections to disability, but also a mix of global zip codes, including chapters in India, Ireland, China, and Brazil. Through True Ability, Dell employees are able to connect with others with similar experiences, be directed to resources, and help inform the organization’s overarching culture.

“One of our big initiatives right now is we’re working to launch an Autism hiring program, called Neurodiversity At Dell, with our partner HMEA,” Biagotti said. “We’re looking at setting up cohorts so that candidates on the Autism spectrum can come in and showcase their skills in a way that’s more comfortable for them than the traditional hiring process. Despite being well-qualified, some of these candidates can find the traditional interview process challenging and are unable to showcase their qualifications. This program would level the playing field by allowing them to do just that.”

It’s initiatives like this — as well as additional educational efforts, like unconscious bias training for first-time managers and working closely with Dell’s benefits team — that led to True Ability winning a prestigious company award in 2015, a first for an ERG. 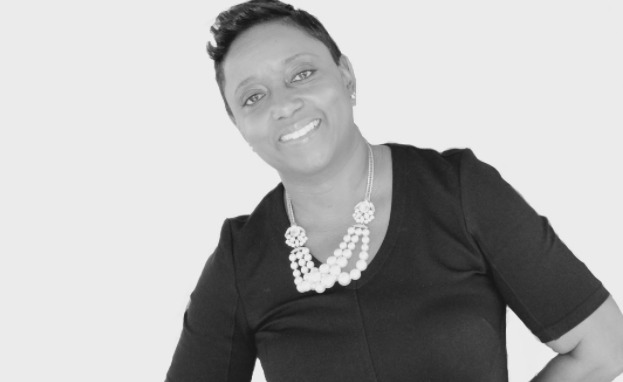 As a member of six of Dell’s ERGs, Stephanie Shipp is one busy lady. The 20-year Dell veteran first joined the Black Networking Alliance (BNA) back in the early 2000s and continues to reap the benefits nearly two decades later.

One of the biggest perks she’s found? The sense of community.

“Last year, we hosted a workshop focused on women growing their careers at Dell, and BNA’s sponsorship of that class helped me to find a community that otherwise I would never have known,” Shipp said. “You may have traded emails with someone, but you never really get to meet them. And so some of what BNA does is host these events that help people build new professional relationships, which then expand and sometimes grow into personal relationships.”

Another way BNA has helped Shipp connect the professional with the personal is by giving her more exposure to company leadership, including through regular talks during BNA-hosted sessions with executive leaders like CEO Michael Dell and Chief Human Resources Officer Steve Price.

“For me, that helps motivate me as an employee; it helps me connect the dots of my day-to-day job, but it also lets you see a different lens of those individuals, and see that they’re just people, too,” she said. “And when I’m trying to bridge that gap between work and home, sometimes it helps to be reminded that, okay, our leaders are just people dealing with real-life stuff too, so it’s okay.”

For BNA’s membership — which Shipp bills as truly “inclusive,” and comprised of a range of ethnic backgrounds and nationalities — making that connection between work and life is extremely important, and something the organization also strives to maintain through their Ambassador Program.

“The Ambassador Program is for interns and newly hired full-time employees and serves to assist with transitioning and navigating the world of Dell and the local community,” she said. “Statistics show involvement and being a part of a community helps employees transition into their new environment. It also helps with employee retention and aiding their families when transitioning.”

By fostering community, Shipp added, BNA is helping to add value “not only to your work life, but to your life in general, as well.” 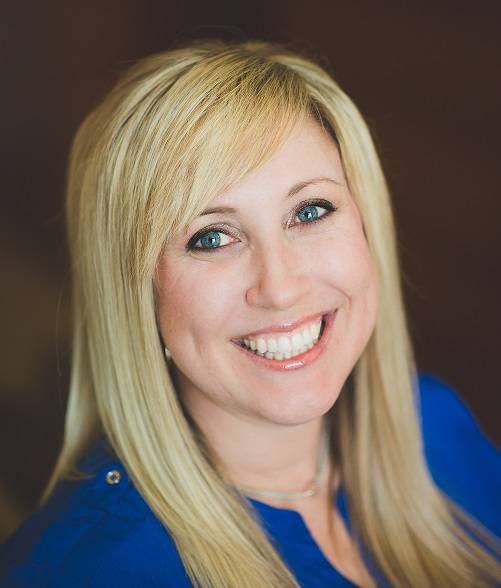 For Jenny Newman, who does executive social media training for Dell’s top management team, two ERGs in particular have truly made a personal impact during her time at the company.

The first, Women in Action, Newman joined as a new hire six years ago, and she credits it with easing her entry into the company.

“Coming in as an outsider and not having very many connections, it was a really, really great experience to not only meet other women, but women who were in different stages of their career, too,” Newman said.

She added that the group has also helped serve as springboard for crucial conversations surrounding issues that impact women in the workplace.

“Women In Action has provided me with different conversations about career advancement and training for what it’s like to be a woman playing in a man’s world at times,” she said. “It’s also helped me with this idea of what it takes to own yourself in that world. Women have this at-time self-deprecating attitude, so it’s about learning to own your brand and own yourself.”

Where Newman’s Pride membership comes into play, it’s more about the personal than the professional.

“I have friends and family who are in the LGBT community, and there are so many things from a human rights standpoint that I stand for that make me so proud of my company for having an organization like this,” she said, pointing to a recent example of Pride members organizing to fight anti-LGBT legislation in Texas as an example of the group’s importance. Now, Newman stays plugged into local politics in a way she may not have without the ERG’s influence.

“We’re actually going out into the community and trying to change it for the better, and I think that’s what is really powerful about Pride,” Newman said. “It’s not only bringing awareness of some of the injustice that’s out there, but then ultimately, you’re trying to do something about it.”

In the end, Newman added, that’s the real reason why each of Dell’s ERGs was founded — to enact some kind of change through community collaboration.

“They all stem from people wanting a place to come together and fight some kind of injustice, or give back to the community in some way,” she said. “It may be a huge company, but we’re giving you a place to be able to connect and feel at home, no matter where you’re at.”

Interested in making an impact through one of Dell’s ERGs? First, you need to become an employee — and luckily for you, Dell is hiring tons!

Fairygodboss is proud to partner with Dell. Find a job there today!

0 Comments
Browse recent articles
Thinking of Hiring a Professional Resume Writer? 5 Things to Know Before You Do
Sustainability Engineering: How I Made My Passion My Career
Growing Into Leadership in a Field That’s 75% Male-Dominated — Advice From a Woman in Cybersecurity
I'm a Founder — Here Are 5 Ways to Encourage Diversity of Thought in the Workplace
'It's an Emergency' — Brace For Impact With These 4 Layoff-Proofing Methods to Survive a Recession
Diversity and Inclusion Are the ‘Heartbeat of Our Culture’: ERGs That Make a Difference at UKG
See more
Achieve your career goals.
Be part of the largest online career community for women to find jobs, advice, and support — for free.