Mystery Woman
Tell us more for better jobs, advice
and connections
YOUR GROUPS
Discover and join groups with like-minded women who share your interests, profession, and lifestyle.
COMPANIES YOU FOLLOW
Get alerted when there are new employee reviews.
YOUR JOB ALERTS
Get notified when new jobs are posted.
What To Do

When do I need to capitalize a job title?

It's standard practice to use capital letters for your job titles on your resume or curriculum vitae (CV); it would look strange if you didn't.

2. In your cover letter.

This isn't as hard and fast as No. 1, but for the most part, it's standard practice to use capital letters when referring to the specific role (say, Vice President of Finance). 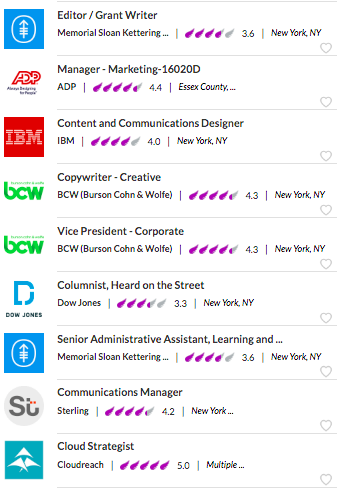 Most (if not all that we can think of) job listings use title case for jobs. When you peruse a job board, you'll notice that all job titles are capitalized.

Do you use capital letters for job titles?

Yes, it depends on the context; see the explanations above!

When should capital letters be used?

In general, when they're required.

Proper nouns (names, places, days of the week, etc) usually require capital letters. Whether the title of a story or a subheading require title case or sentence case will depend on what style you're following. Follow the guidelines outlined in AP, MLA, APA, Chicago or whatever standard you're following.

If what you're writing isn't following a prescribed format, default to the style the publication or company or example materials use.

Is a job title a proper noun?

In short, it can be. For example, the CEO or the President is a proper noun. However, in AP style, which you can see in almost all newspapers, when a title is used without a name it's not capitalized; for instance, "On Thursday, the president spoke to the press." However, when the job title is used with a name, it is capitalized: suchs as "Chief Financial Officer Jeffrey S. DeWitt."

How do you capitalize titles?

Again, this depends. Academic titling will follow the prescribed standards outlined in style guides such as APA, Chicago or MLA. Media generally defaults to AP, but within that, most companies generally have in-house style guides that describe how titles should be capitalized. In general, all principal words, verbs, names, pronouns, adjectives and adverbs are capped while prepositions and conjunctions  are not (if they're less than four words).

Personalize your jobs
Get recommendations for recent and relevant jobs.
Employer Reviews
RTI International
3.4
RTI is a great company with great benefits and truly...
National Renewable Energy Laboratory
4.0
It would very much depend on your direct manager. Some are...
Recent Content
I’m an ERG Executive Champion — Here’s How I Help Others Discover Their Superpower
It's Not The Great Resignation, It's the Great Embrace
‘I Love My Job’: How My Company’s Transformation Is Helping Employees Elevate Their Careers'