Mystery Woman
Tell us more for better jobs, advice
and connections
YOUR GROUPS
Discover and join groups with like-minded women who share your interests, profession, and lifestyle.
COMPANIES YOU FOLLOW
Get alerted when there are new employee reviews.
YOUR JOB ALERTS
Get notified when new jobs are posted.
calm, cool & collected

35 Quotes Parents Need to Read When Their Children Disrespect Them

1. "Do not allow yourself to be blinded by fear and anger. Everything is only as it is.” ― Yuki Urishibara

2. “And I just want to tell you, at some point it doesn’t matter who was right and who was wrong. At some point, being angry is just another bad habit, like smoking, and you keep poisoning yourself without thinking about it.”  ― Jonathan Tropper

3. “Be leery of silence. It doesn't mean you won the argument. Often, people are just busy reloading their guns.” ― Shannon L. Alder

4. “I have learned that I should be careful with the words I choose to say when I am angry because later, those words always leave a huge wound of regrets in my heart besides hurting the loved ones. Those wounds can't be healed!” ― Nino Varsimashvili

5. “Bitter people are not interested in what you say, but what you hide.” ― Shannon L. Alder 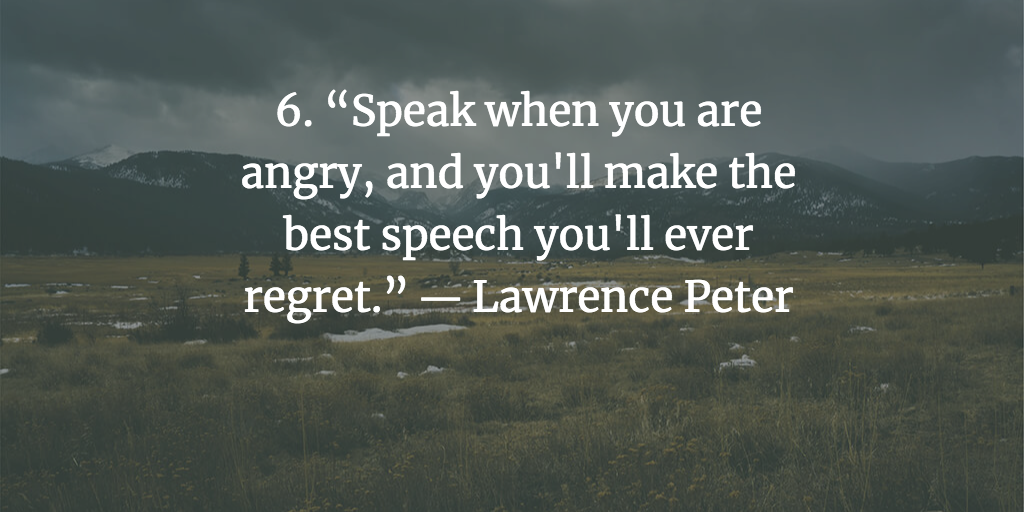 7. “And there is nothing more dangerous in this world, in any world, than someone calm, clear and angry.” ― Audrey Hart

8. “It is when you are angry that you must watch how you talk.” ― Chaim Potok

9. “It is human to be angry, but childish to be controlled by anger.” ― Mokokoma Mokhonoana

10. “Strong anger can only make you weaker than you already are.” ― Munia Khan

11. “No one has ever envied someone for their impatience or the intensity of their anger.” ― Mokokoma Mokhonoana

12. “I feel as though I can chew up nails and spit out a barbed wire fence.” ― Khloe Beutler

13. “Choose your battles wisely. After all, life isn't measured by how many times you stood up to fight. It's not winning battles that makes you happy, but it's how many times you turned away and chose to look into a better direction. Life is too short to spend it on warring. Fight only the most, most, most important ones, let the rest go.”― C. JoyBell C. 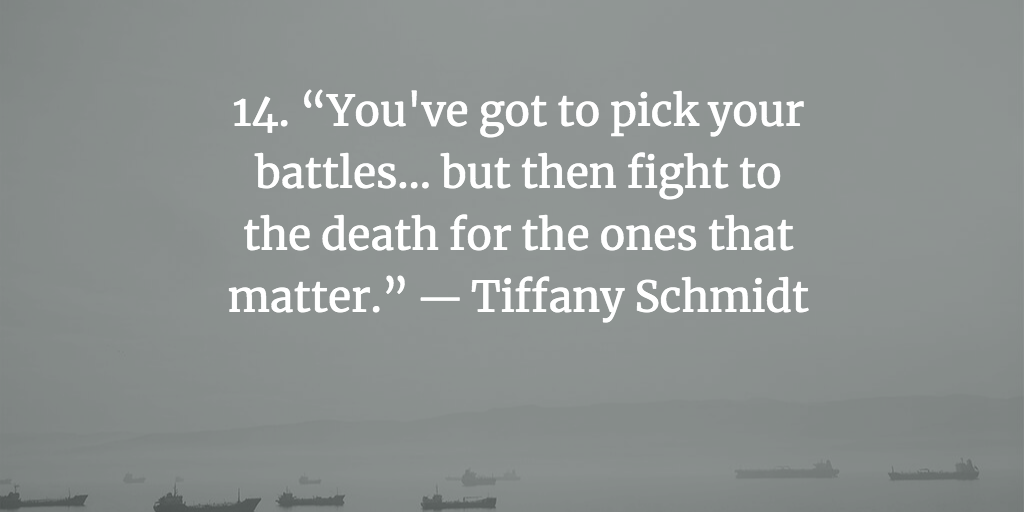 15. “Tantrums are not bad behavior. Tantrums are an expression of emotion that became too much for the child to bear. No punishment is required. What your child needs is compassion and safe, loving arms to unload in.” ― Rebecca Eanes

16. "Why were children the only ones who ever got to melt down?” ― Yūko Tsushima

17. “Temper tantrums, however fun they may be to throw, rarely solve whatever problem is causing them.”― Lemony Snicket

18. “Wars and temper tantrums are the makeshifts of ignorance; regrets are illuminations come too late.”― Joseph Campbell

19. “There’s nothing worse than having a fit and no one giving you the proper attention for it.” ― Christina Henry

20. “Staying silent is like a slow growing cancer to the soul and a trait of a true coward. There is nothing intelligent about not standing up for yourself. You may not win every battle. However, everyone will at least know what you stood for — YOU.”  ― Shannon L. Alder 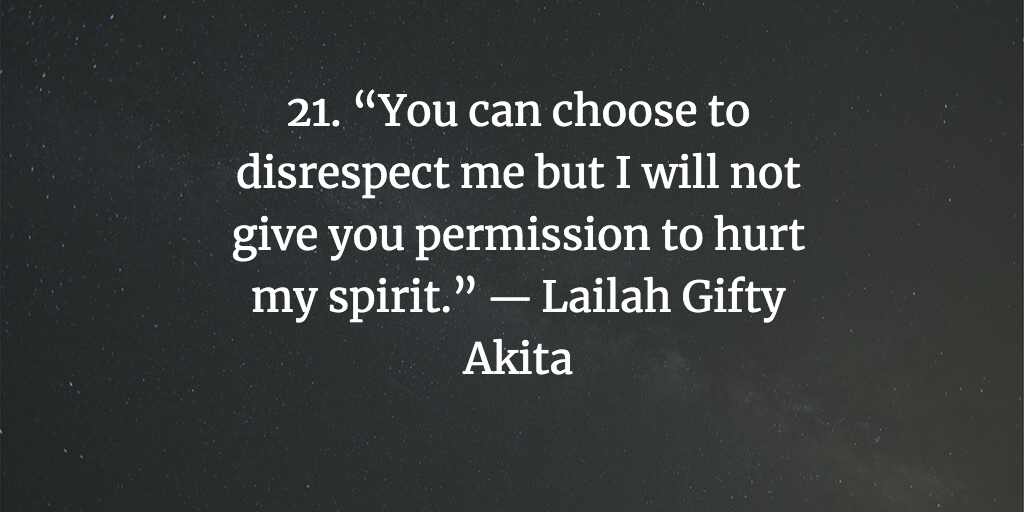 22. “Those who disrespect you with their mouth don't deserve your ear.” ― Curtis Tyrone Jones

24. “Adults often treat each other as children, and children as adults.” ― Mokokoma Mokhonoana

25. “Most kids would not respect their parents as much as they do, or even at all, if they knew how intellectually undemanding is the role they played in their creation.” ― Mokokoma Mokhonoana

27. “Pity, I knew, was just disrespect wrapped in kindness. I had to address it early, or it would grow unwieldy in time.” ― Veronica Roth

28. “If you threw your shoe to someone’s head, you spread your own stench.” ― Angelica Hopes

29. “Playing victim to situations you can walk away from is disrespectful to people who face positions where they can’t.” ― Dominic Riccitello 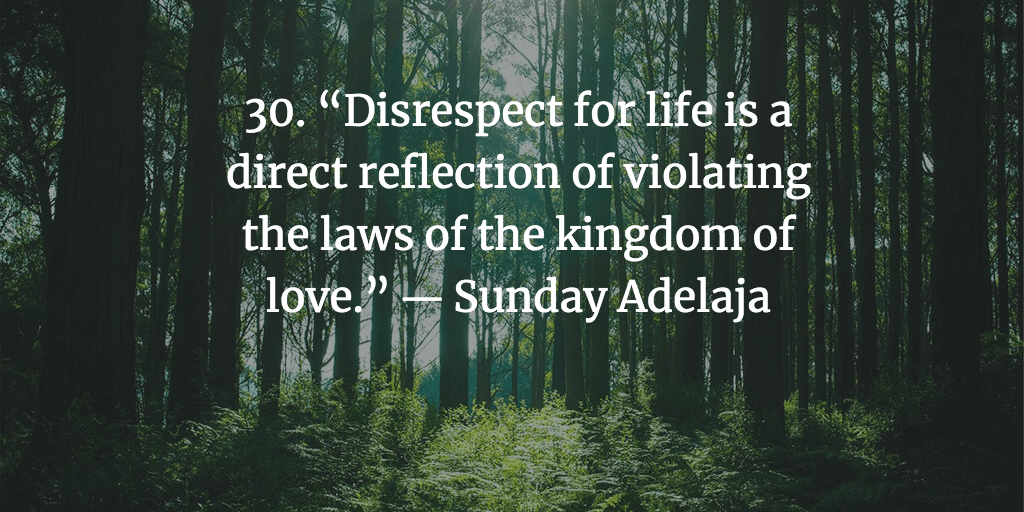 31. “No disrespect is a world away from respect and admiration.”― Susanne Dunlap

32. “Ask not the grass to give you green, and later walk all over it.” ― Anthony Liccione

33. “Treat people like people. Beware of pity and patronization because in them, you can't see when you're unashamedly looking down on someone.” ― Criss Jami

34. “When people don’t respect one another seldom is there honesty.” ― Shannon L. Alder

35. “Those who make hostility a daily manner are often left in the lurch at difficult times.” — Michael Bassey Johnson