Mystery Woman
Tell us more for better jobs, advice
and connections
YOUR GROUPS
Discover and join groups with like-minded women who share your interests, profession, and lifestyle.
COMPANIES YOU FOLLOW
Get alerted when there are new employee reviews.
YOUR JOB ALERTS
Get notified when new jobs are posted.
Great Women
11 Female Geniuses Who Changed the World
Wikimedia Commons
Victoria Smith-Douglas

History gives us many examples of brilliant women who have changed the world. But how many of these female world-changers have been labeled “a genius?” The word is so rarely associated with women that we have to question why.

What makes a genius?

By the simplest definition, an IQ above a certain level (either 130+, 140+ or 160+, depending on what classification you subscribe to) qualifies you as a genius. However, in practice, the title isn’t usually earned quite that easily. There’s no official, universal definition, but we commonly expect our geniuses to be extraordinarily brilliant, groundbreaking and visionary. They’re not simply highly intelligent, but they apply their intelligence creatively, making innovative and substantial contributions. If they’re social misfits, misunderstood in their own time, so much the better.

Here, we present 11 female geniuses, who surely deserve that recognition for their outstanding contributions to society.

A pioneer of GPS, Gladys Mae West was born in 1930 in rural Virginia. Like the now-famous women featured in the book and movie Hidden Figures, West was a black mathematician who worked as a “human computer” in the early days of computer programming. She worked at the Naval Surface Warfare Center for 42 years, becoming a project leader. There, she calculated the exact shape of the earth, creating the geodetic model that became the basis of our Global Positioning System (GPS) in use today. In 2018, she was inducted into the Air Force Space and Missile Pioneers Hall of Fame.

Hopper created the world’s first compiler in 1952, enabling programmers to enter code for the first time in words rather than numbers. She went on to develop COBOL, the first universal computer language designed for use in business. Born in 1906, Hopper earned her PhD in mathematics from Yale and later joined the Navy. She worked at Eckert-Mauchly Computer Corporation as a computer programmer and is widely recognized as one of the leaders of early computer science. Hopper has received numerous awards, including the Presidential Medal of Freedom, but was most proud of her work in educating future scientists.

Oh, and she is also said to have coined the terms “bug” and “debugging” in relation to computer problems, when an actual moth got trapped in her computer and interfered with its functioning!

Yes, that Hedy Lamarr. Not only was she one of the most glamorous actresses of Hollywood’s golden age, but she was also a self-taught inventor who, along with composer George Antheil, devised a system of frequency hopping to protect radio-controlled torpedoes from interference during World War II. Not fully appreciated at the time, Lamarr was an early contributor to spread spectrum technology that later formed the basis of our wireless communications, enabling Wi-Fi and Bluetooth. Born Hedwig Eva Maria Kiesler in 1914 Vienna,  she escaped Nazi Europe and came to Hollywood in 1938, where she developed her film career while continuing to work on her own inventions and designs. In 2014, she was posthumously inducted into the Inventors Hall of Fame along with Antheil in belated recognition of their contributions.

Dame Jane Morris Goodall DBE is known throughout the world for her lifelong work in primatology and contributions to conservation and animal welfare. By giving us a new perspective on chimpanzees, she forever changed our understanding of what makes us human. Her observations of our close relatives showed us just how human-like they are and proved that humans could no longer be considered the only tool-making species on Earth. Born in 1934 in London, she earned her PhD in ethology from Cambridge, despite not having a bachelor’s degree, having already begun her study of chimps in Tanzania.

The first industrial/organizational psychologist, Lillian Moller Gilbreth pioneered this field, laying the foundations for ergonomics with her time and motion studies. An all-round performer, she was born in 1878 California and initially studied literature, psychology and education at university but eventually earned her PhD in psychology. Her research and consultancy work over 40 years involved studies of engineering and management processes in the workplace, establishing a discipline that is massive and growing today.

Lise Meitner was born in 1878 in Vienna but worked mostly in Berlin. Initially overlooked for her contribution to the discovery of nuclear fission, it was Meitner’s theory that actually explained the process. Her male colleague, Otto Hahn, received the Nobel for the discovery he made with Meitner and her nephew, Otto Frisch. Later, the injustice was acknowledged, and Meitner was the recipient of many awards and honors. In 1938, Meitner, who was Jewish, was forced to flee to Sweden as Nazi oppression intensified. Later in her life, Meitner turned down the chance to work on the Manhattan Project and distanced herself from the results of her discovery, which laid the foundations for the development of the atomic bomb, as well as nuclear power.

Born in 1870, Maria Tecla Artemisia Montessori was the first woman to receive a medical degree in Italy. But her name is remembered around the world today for the innovative educational approach she developed and promoted. Integrating her understanding of child development, psychology and pedagogy, Montessori founded the school and curriculum that carries her name and continues its popularity and influence today.

Probably the most famous female scientist in history, Marie Curie was not only the first woman to win a Nobel prize but the first person to win two in different fields, physics and chemistry. Well-known as the discoverer of radium and polonium, she also developed a system for measuring radioactive decay. Born in Warsaw in 1867, in her 66 years she became an inspiration for generations of female scientists to come.

The world’s first black female billionaire, Oprah Winfrey’s rags to riches tale is a story of determination, self-belief and innovation. Born in 1954, she went from a harsh upbringing in rural Mississippi to running her own media production company. World-famous and beloved, Winfrey has long provided inspiration to millions, and has succeeded by making her own rules and doing things her way.

Born in Hong Kong in 1941, Sau Lan Wu grew up in poverty and came to the United States in 1960, where she earned a PhD in physics from Harvard. Wu is known for three major contributions to the Standard Model of particle physics: she played a role in finding the Charm Quark in 1974, discovered the gluon in 1979 and led a team at CERN that played a major part in the discovery of the Higgs boson in 2012. These outstanding achievements have not caused Wu to slow down, as she continues to push the boundaries in seeking to discover what lies beyond the standard model.

Born in 1908 Paris, Simone de Beauvoir is now well respected for her contributions to early feminist philosophy, as well as existentialism and political thought. A precocious child, she studied mathematics and philosophy, graduating from the Sorbonne in 1928. It has been suggested that she influenced Jean-Paul Sartre, with whom she had a 51-year open relationship. De Beauvoir was a prolific writer, producing novels as well as nonfiction. Ahead of her time, some of her feminist writings were censored for being obscene, but she has since been recognized as providing a foundation for modern feminist thought.

It is sometimes said that the term genius is used too frequently these days, yet female geniuses seem hard to come by. Why is this? Are we lacking female geniuses in the world, or is there something about the way genius is defined and identified that reduces the chances for women to be recognized as such? In the academic world, the disciplines of mathematics and physics are perhaps most frequently associated with the word “genius” (think Einstein, Hawking, Newton and Leibnitz). Social sciences and the arts tend to receive less respect. (Guess which subjects are male-dominated, and which have a female majority.) Add to this built-in bias, the historic lack of opportunities for women and social expectations, and it’s no wonder the names of female geniuses don’t roll as readily off the tongue as those of their male counterparts. It’s time to re-evaluate our narrow stereotypes of what a “genius” looks like and better recognize the female geniuses of past, present and future. 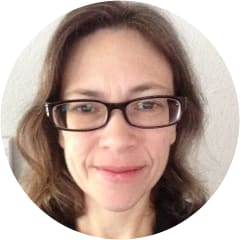 Victoria Smith-Douglas is transitioning to a freelance writing career using the strong skills in communication, organization and creativity that she has developed during her nine years of experience in education. She currently serves as an editorial fellow for Fairygodboss.

34
02/02/20 at 11:51PM UTC
Notice how long it took for these lady geniuses to be recognized as in many cases men first sought to take credit for what they'd done and then seeing what they were doing, worked to push them out of the field, making it for a long time a 'men's only' field. I read this recently. Women weren't supposed to be 'smart enough' to work in math, science or medicine.

Personalize your jobs
Get recommendations for recent and relevant jobs.
Employer Reviews
Dallas County Community College District
4.5
Parental leave is a joke. You must work there for 36 months...
McDonald's
3.0
It is an amazing place to work but the management is...
Recent Content
The No. 1 Reason You Definitely Shouldn’t Quit Right Now
The Ultimate Checklist To Prove 'Toxic Bro Culture' Is a Threat to Your Career
An Innovative Approach to Data Science — From the Head of a Data Science Enablement Team