45 Movies That Should Be In Every Feminist's Binge-Watching Queue

Feminism has an important role in pop culture: to inform about the norms of different eras, celebrate female empowerment, enshrine the stories of feminist icons and heroes, and, of course, entertain us. Looking for feminist films inspire you—or just give you a distraction from your busy life?

We gathered the best feminist movies for you to add to your streaming queue:

(And if you're more of a reader, we have you covered with 16 fantastic feminist book choices or 10 feminist blogs to browse.) 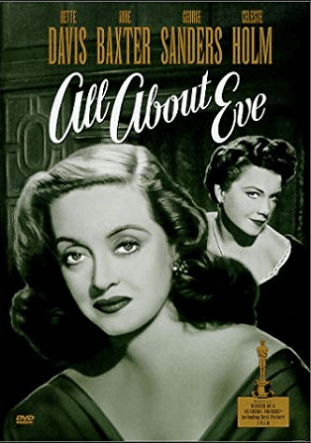 The brilliantly conniving titular character succeeds in her plan to dethrone Margo Channing, an “aging” actress, who delivers some of the best anti-misogynistic one-liners as she refuses to take the deception lying down.

2. Gone with the Wind

There’s no denying that Gone with the Wind, based on Margaret Mitchell’s Pulitzer Prize-winning novel, is a deeply racist and problematic film. Still, it’s a film worthy of discussion for its troubling attitude toward slavery and African Americans during and after the Civil War, depiction of marital rape, and flawed, brave, and ultimately feminist heroine, Scarlett O’Hara.

Journalist Hildy Johnson is a tenacious, self-possessed woman who has gotten to where she is based on her own merit, despite her boss and ex-husband, Walter Burns, insisting otherwise. In this comedy, Walter concocts a plan to win back his ex-wife and star reporter by suggesting they team up together one last time.

4. The Passion of Joan of Arc

This silent film, based on the real record of the trial of Joan of Arc, powerfully captures the suffering, devotion, and strength of the martyr—all without sound. The film was restored in 1985. 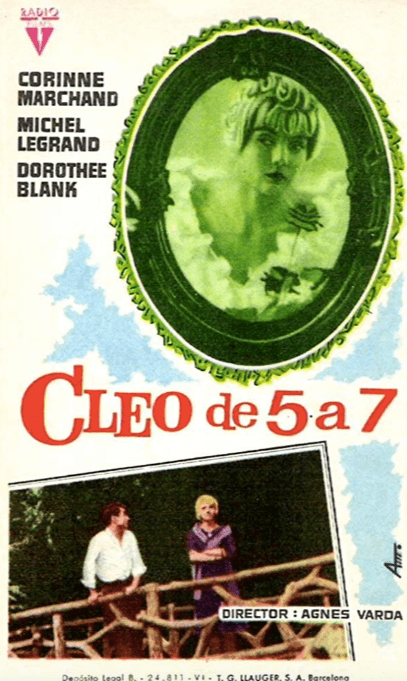 A young singer awaits the results of a medical test over the course of one evening. During the film, the protagonist struggles with her self-image and self-worth.

In this tribute to overlooked wives and mothers everywhere, a widowed housewife spends her days cooking, cleaning, shopping, parenting—and making ends meet as a sex worker. The routine, depicted over the course of three days, comes to a shocking climax on the third day.

This feminist film’s heroine, aspiring writer Sybylla Melvyn, refuses to submit to her family’s demands, instead determined to pursue her own professional goals.

Ranked as one of the American Film Institute’s “100 Funniest Movies,” Nine to Five is a revenge fantasy in which three working women decide to get even with their “sexist, egotistical, lying, hypocritical bigot” of a boss.

A satirical horror film about traditional female roles, The Stepford Wives centers around the premise that women in a supposedly idyllic suburb are being replaced by robots.

10. The Trouble with Angels 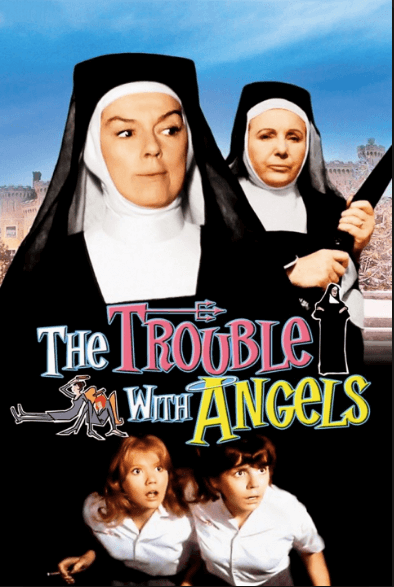 In a thoughtful comedy steeped in feminism, two rebellious friends make trouble for the nuns at their all-girls Catholic school. Mary, who spends her adolescence resenting the nuns, comes to reconsider the choices they have made and examples they set for her peers and herself.

11. A Woman Under the Influence

Housewife Mabel suffers a breakdown while coping with the challenges in her life in this story of a flawed woman on the brink.

Strong, complex female characters abound in this film about a grieving mother of deceased a son. The characters defy gender stereotypes and other assumptions in the Spanish-language movie.

This film, based on Alice Walker’s Pulitzer Prize-winning novel of the same name, spans four decades in this life of Celie Harris, a black woman abused by her stepfather and “given” to a violent widower. After facing years of cruelty and abuse, Celie’s relationships with two strong women in her life embolden her to find her own courage.

Spoiled teenager Cher Horvath may not be your typical feminist protagonist, but her take-charge attitude and the evolution of her realizations about herself and the world around her make her a worthy heroine. 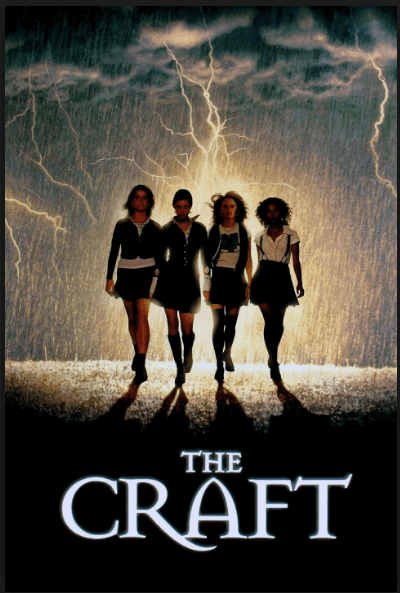 In this supernatural horror film, four high school friends begin practicing witchcraft as revenge against the people who have wrong them and soon discover the repercussions of their powers. The film has prominent female-empowerment and coming-of-age themes.

A stunning action movie, Crouching Tiger, Hidden Dragon portrays the journey of young woman who rejects an arranged marriage in favor of a life of adventure in 19th-century Qing Dynasty China.

Roberta, a bored 1950s suburban housewife, becomes fascinated with the relationship between Jim and Susan, who communicate through personal ads. In her quest to meet the woman with whom she has become obsessed, Roberta suffers a bout of amnesia and is mistaken for Susan in this feminist dramedy.

Based on a true story, an unemployed single mother takes down a California energy company that is contaminating a city’s water supply.

While on one of her routine nursing home visits, Evelyn Couch, a trapped housewife, listens to the stories of an old woman, Ninny Threadgoode, and gains the courage to change her own life.

20. If These Walls Could Talk 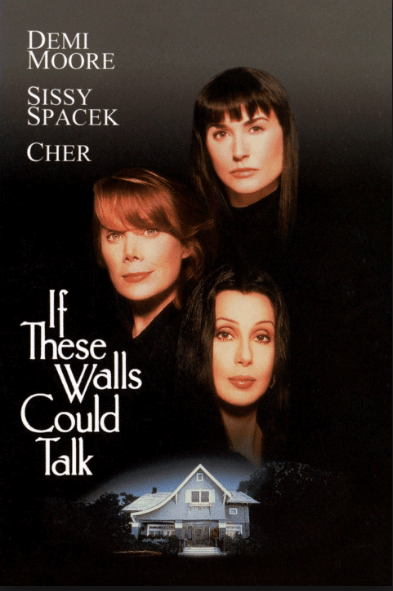 In this powerful portrayal of the lives of three women in three different eras, the protoganists each deal with unwanted pregnancies. No matter where you stand on the issue of women’s reproductive rights, this film will make you think.

In this fresh depiction of a turning point in first -wave feminism, Alice Paul, Lucy Burns, and other feminist pioneers fight for the right to vote in the women’s suffrage movement.

In this fictionalized account of the real-life All-American Girls Professional Baseball League, baseball scouts are sent to find women to fill the positions of men who are fighting in World War II. Competitive sisters Dottie and Kit Hinson join the team, but their rivalry threatens to derail their relationship.

The Joy Luck Club follows the lives and relationships among four Chinese-American women and their immigrant mothers.

Mulan is not your typical Disney princess waiting for a prince to rescue her. The animated film, based on a legend of Chinese folklore, tells the story of a young woman who disguises herself as a man to take the place of her feeble father in the army to fight against the Huns.

This coming-of-age dramedy set in the summer of 1970 explores the friendships among four teenagers who reunite as adults decades later. The focus on strong female friendships among young women who focus on being there for one another makes this a heartwarming and nostalgic feminist movie.

In this gender-stereotype-shattering period piece loosely based on Virginia Woolf’s novel, Queen Elizabeth I promises Orlando, a young nobleman, land, property, and money under the stipulation that he “not grow old.” After living as a man for several centuries, Orlando awakens as a woman.

In the 1850, a mute woman, along with her daughter and piano, is sold in marriage but soon becomes involved in an affair with a local plantation worker, altering her life forever.

Heralded as a classic feminist film, Thelma & Louise tells the story of two friends who go on a weekend getaway as a break from their mundane lives. When a man attempts to rape Thelma, Louise shoots him, and the women become fugitives from the law, testing their own will and the strength of their friendship along the way.

This portrayal of a professional woman trying to move up in the working world and receive credit where credit is due remains as relevant today as it was in the 1980s. 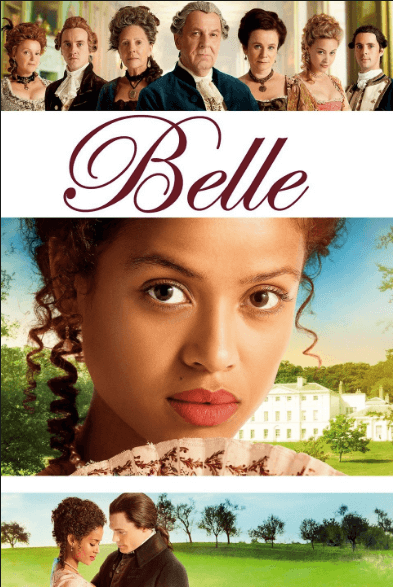 Inspired by the real-life story of Dido Elizabeth Belle, this film is a fictionalized account of the mixed-race daughter of a Royal Navy Captain raised by her aristocratic great-uncle. Because of her lineage, Belle enjoys some privileges while being shunned from others. Ultimately, she plays an instrumental role in abolishing slavery in England.

Jesminder "Jess" Bhamra, the 18-year-old daughter of Punjabi Sikhs, goes against her family’s wishes by joining a women’s soccer team. A naturally gifted player, Jess must face a difficult choice between her dreams of playing professionally and submitting to her family’s vision of a woman’s role.

This Disney film centering around a strong female relationship breaks the mold of traditional narrative. The real heros of the story are sisters Elsa and Anna, whose bond saves the day in the end.

In this film, Mrs. Dalloway affects the lives of three women, all of different generations. The film grapples with issues of sexuality and suicide.

Uma Thurman shines as a woman driven by vengeance for the man who destroyed her life in this iconic feminist film. It’s even more important to read Thurman’s account of the abuse she suffered at the hands of Director Quentin Tarantino and Executive Producer Harvey Weinstein while making the film. 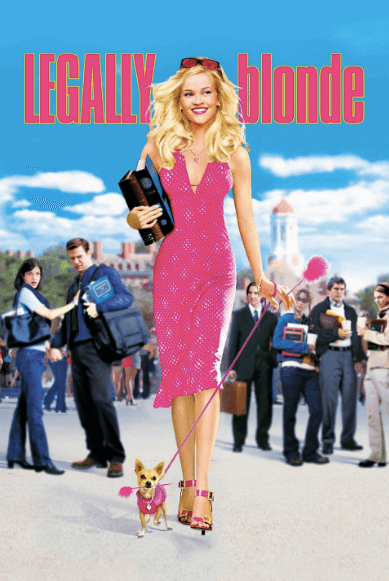 When Elle Woods’ dream boyfriend dumps her for being “too blonde,” she follows him to Harvard Law School to prove him wrong. Initially shunned by her classmates who see her as ditzy, Elle’s perseveres and comes to discover that she is capable of becoming much more than Mrs. Warner Huntington Ill.

The real hero of this post-apocalyptic film, the fourth in the franchise, is not the titular character but Charlize Theron's Imperator Furiosa. Furiosa is on a mission to save civilization from a tyrannical patriarchy in the form of Immortan Joe. There are no damsels in distress in this film, and at its core, it’s all about women helping other women.

A professor at a 1950s women’s college encourages her students to seek more from their lives than traditional housewife roles.

In a Turkish village, five orphaned sisters rebel agains the patriarchal, conservative values of their society. The film is based on the life of its director, Deniz Gamze Ergüven.

Protested by the Iranian government, Persepolis is an adult animated film based on Iranian woman Marjane Satrapi’s autobiographical novel of the same name. In the film, Marji, a precocious Iranian girl, comes of age during the Islamic Revolution. 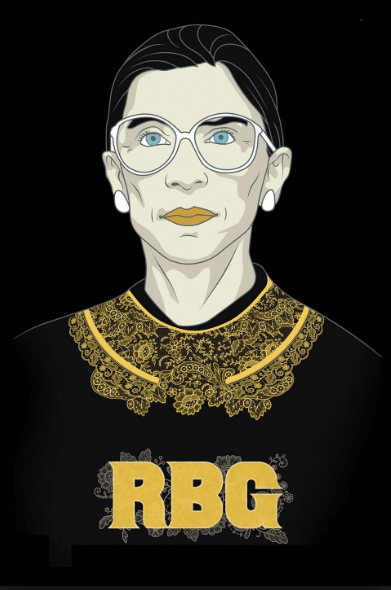 An intimate look at the career, marriage, and life of one of the most celebrated and resilient feminist icons of our time, this documentary illuminates the personal and public lives of Supreme Court Justice Ruth Bader Ginsberg.

A Mexican-American teenager grapples with the expectations of her family and her own collegiate ambitions while struggling to accept herself as she is.

This still-resonant documentary is an inspiring examination of many of the leaders of the modern feminist movement at its dawn in the 1960s.

Women in early 20th-century Britain risk everything to fight for their right to vote in this dramatization of real-life people and events.

Kahu Paikea Apirana, a 12-year-old Māori girl whose male twin died at birth, believes it is her destiny to lead the tribe. Her grandfather disputes the notion, claiming only a male heir can assume the role, despite his conflicting feelings for his granddaughter. 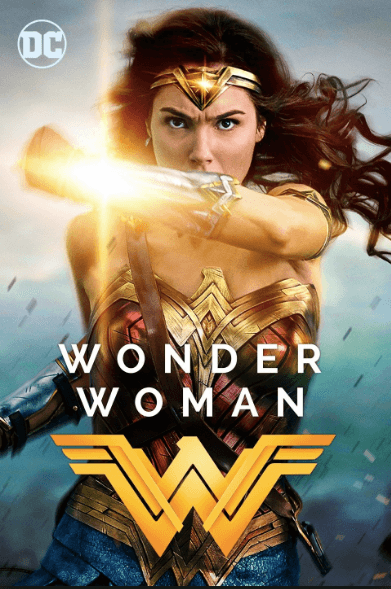 In the first Marvel or DC Comics film directed by a woman, Patty Jenkins, the titular character turns the stereotypes of the traditionally male hero on their head. Sword-wielding Diana proves that a woman can be the one to save the day—and humanity.

Browse recent articles
Inflation Diaries: Why 'Rising Costs' and 'Stagnant Wages' Are Impacting Workers' Career Decisions
Director of Tech Recruiting Reveals Top Tips to Land Your Next Job
Two ERG Presidents Share How to Make Impactful Changes, Lift Others Up, and Grow Communities
‘Advocating for Equal Rights and Fair Treatment for All’ as an Ally in an Employee Group
How to Cope When You've Been Rightsized Out of a Company — 5 Tips From a Woman Who's Gone Through It
Is Slack Messing With Your Head? 5 Ways To Avoid 'Emotional Contagion' While Messaging at Work
See more
Achieve your career goals.
Be part of the largest online career community for women to find jobs, advice, and support — for free.