Mystery Woman
Tell us more for better jobs, advice
and connections
YOUR GROUPS
Discover and join groups with like-minded women who share your interests, profession, and lifestyle.
COMPANIES YOU FOLLOW
Get alerted when there are new employee reviews.
YOUR JOB ALERTS
Get notified when new jobs are posted.
dress for success

A Visual Guide to the Evolution of Power Dressing, From the '70s to Today

Have you ever been told to dress to impress or to dress for the job you want? Power dressing dates back as long as time, though it's looked different over the years.

What is power dressing?

Power dressing has really become associated with the power suit. In fact, the centerpiece of a power-dressing wardrobe is widely recognized as a tailored power suit. So, what is a power suit? It's a suit that marries both feminine and masculine designs, usually with a pant bottom, that signifies status. Hillary Clinton has become the face of the power suit in recent years, for example.

"For more than fifty years, the gray flannel suit had been a popular style for working men; but power suits were different," according to the Encyclopedia. "Power suits gave the wearer a look of authority and style that had previously been affordable to only the rich... Before the 1970s most working women were confined to such traditional female occupations as secretaries, bookkeepers and typists. By the 1980s, however, women were becoming lawyers, politicians and corporate executives. To complement their new authority, women power-dressed. Such attire communicated the impression of confidence and authority. Power dressing enabled women to be taken seriously in a male-dominated corporate workplace."

What is the history of power dressing in pop culture?

Power dressing has been around forever, but it became popular in the second half of the 70s. It was then mostly developed in the 1980s as a fashion style that helped women to establish their authority in the professional and political worlds that have been traditionally largely dominated by men.

The concept of power dressing became popularized thanks to pop culture. John T. Molloy's manuals "Dress for Success" (1975) and "Women: Dress for Success" (1980) can be attributed with the start of power dressing. The manuals addressed a new generation of women entering a hyper-masculine workforce, recommending them what was essentially a uniform to help them acquire and retain authority and respect.

Power dressing also started appearing on television. Major power dressing references (brightly colored suits with padded shoulders, for example) appeared in 1980s soap operas like Dallas (1978 to 1991) and Dynasty (1981 to 1989). It was began appearing in films as 1998’s "Working Girl," which features women wearing power suits to blend in with their male colleagues.

That all said, many argue that the origins of power dressing date back to the Chanel suit of the 1920s, which was composed of a tight skirt and a wool, collarless button-up jacket. It usually featured a braid trim, fitted sleeves and metallic buttons. This was essentially the very first suit designed specifically for women and allowing them to achieve a modern, feminine look while still looking professional and while not sacrificing comfort. It married a refined sophistication with all the "masculine" elements that suggested authority.

Over the years, there have been many prominent women who've become associated with power dressing, from Margaret Thatcher and Princess Diana to Michelle Obama and Hillary Clinton.

Why is power dressing important?

Power dressing is important because it's helped women to be able to establish authority in the workplace, especially during a time when workplaces were even more male-dominated than they are now. Power dressing has changed what it means to be feminine and allowed women to adopt traditionally masculine looks.

Dressing like an executive has looked a lot different over the decades. Here's what power dressing has looked like from the 70s to today. 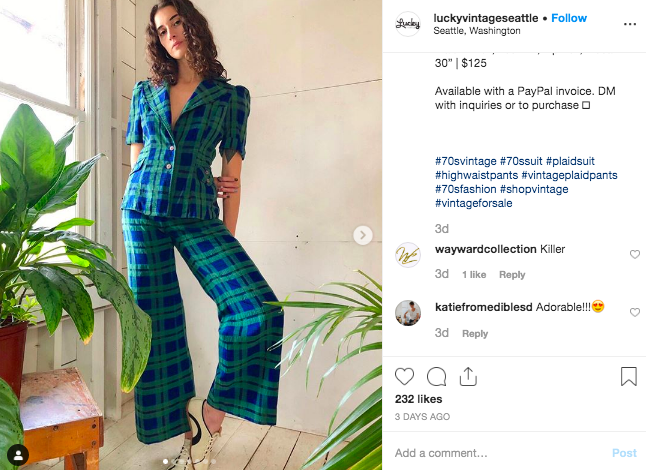 Power dressing in the 70s was at its start. This is when women discovered the power of the suit, and they started wearing it to the workplace. Women spent the 70s experimenting with patterns and materials, and wearing funky prints. They tended to accessorize with big, costume jewelry, as well, to appear more feminine. 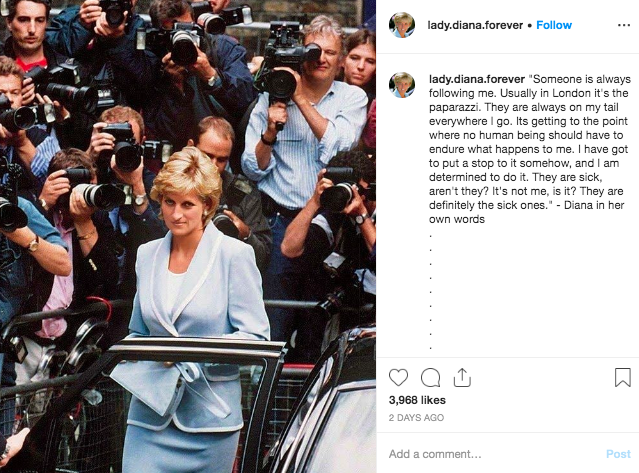 It was in the 80s that power "business-minded confidence found a home on the catwalk at Armani and Thierry Mugler," and "the look caught on big time, peaking between 1984 and 1989, when Oprah, Princess Diana and Michael Jackson made accented shoulders a pop culture phenomenon," according to "Vogue." 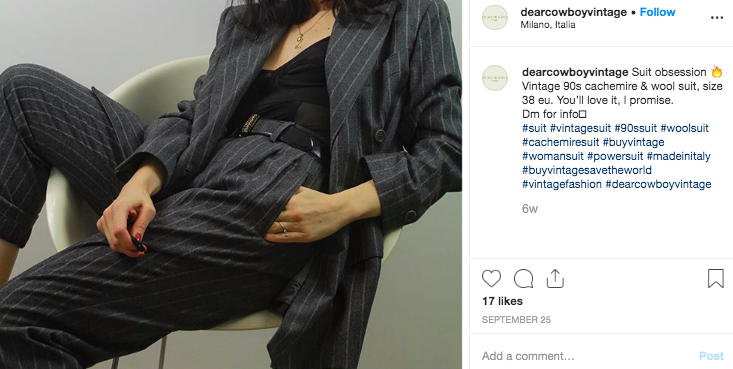 Power dressing in the 90s became more minimalist and sexy. They were over the crazy prints and patterns associated with the 70s and 80s and, instead, they started wearing slimmer suits in sleek black but would have their own fun with flair pants, for example. After all, the 90s were a very punk rock era, and even power dressing reflected. 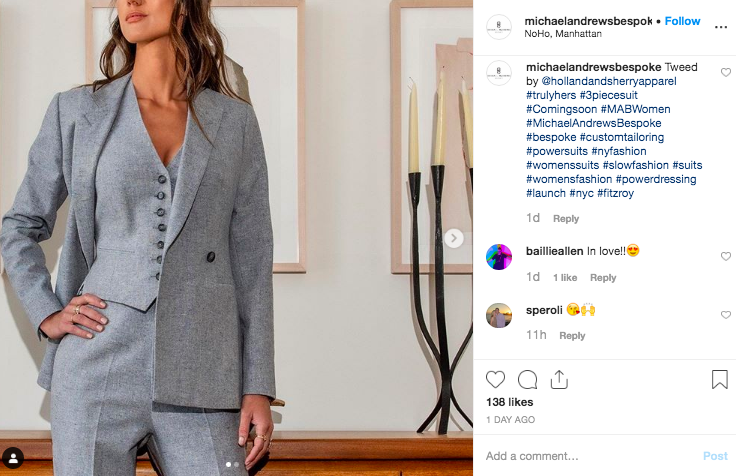 5. What is power dressing today? 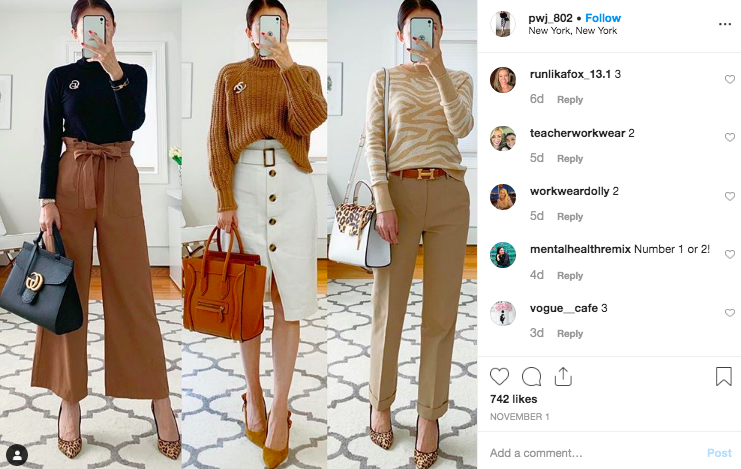 Power dressing today looks a lot different than it once did. Today, women still wear power suits, but offices are becoming ever more casual and women are tasked with balancing a double standard that expects them to assert their dominance while blending in so as to not disrupt the status quo. Doing so shakes up preconceived gender stereotypes, which studies suggest has social penalizations. Therefore, power dressing might be a pair of slacks with a blazer, when everyone else is wearing jeans and sneakers, for example.

While power dressing has looked different over the years as women have experimented with the power suit and other outfit choices, its purpose has remained the same: to bring upon gender equality in the workplace.