Mystery Woman
Tell us more for better jobs, advice
and connections
YOUR GROUPS
Discover and join groups with like-minded women who share your interests, profession, and lifestyle.
COMPANIES YOU FOLLOW
Get alerted when there are new employee reviews.
YOUR JOB ALERTS
Get notified when new jobs are posted.
HR-Approved Halloween

15 Creative, Totally 2019 Halloween Costumes That You Can Wear to Work (Without a Trip to HR)

If you work in an office that allows and even welcomes costume-wearing on Halloween, it can be a challenge to come up with a well-conceived, timely ensemble — that also fits into professional dress codes.

Luckily, we’re here to help with 15 costume ideas for 2019 that won’t get you in trouble with HR.

Okay, so “The Office” ended years ago...but thanks to Netflix, Dunder Mifflin enthusiasts can keep enjoying our favorite workplace antics on a streaming basis. But, in 2019, NBC announced that they’ll be pulling “The Office” from Netflix in order to start their own streaming platform, a declaration that resulted in a new wave of love for this classic show. So we think that it’s an appropriate time to re-introduce an iconic “The Office” Halloween costume: Jim Halpert (John Krasinski)’s “Three-Hole Punch” look. Consisting of a white button-down shirt, a tie, and three black circles of paper taped to one side, it’s about as easy as Halloween costumes get (and is unquestionably office-appropriate). 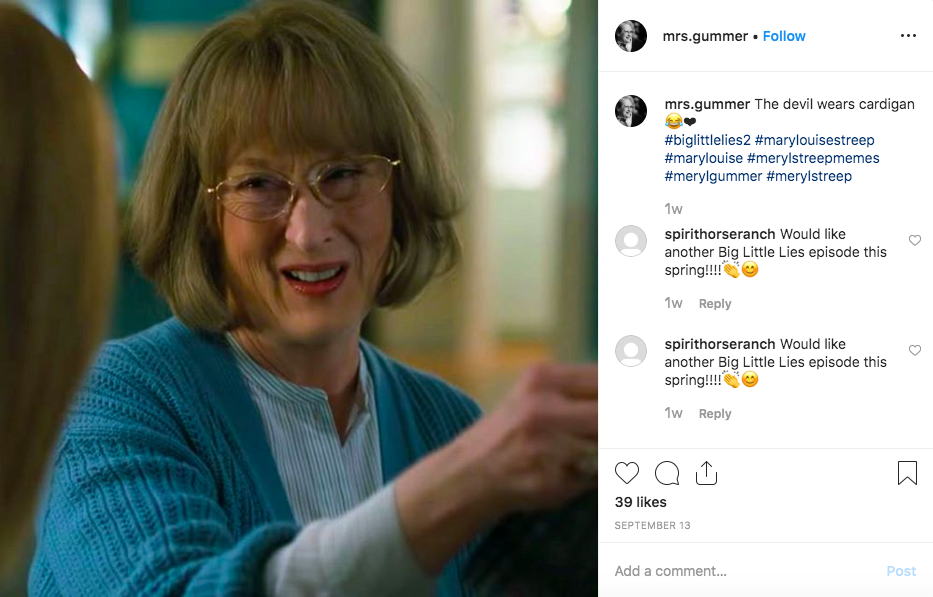 One of 2019’s biggest TV events had to be the rollout of “Big Little Lies”’s second season...and the introduction of Meryl Streep as the fascinating (albeit creepy) mother of the now-dead Perry Wright (Alexander Skarsgard). To recreate her look for Halloween, you only need a teal cardigan, some narrow-frame gold glasses, a grey wig with severe bangs, and a permanently-pinched facial expression.

3. Sansa Stark as the Queen in the North from “Game of Thrones” 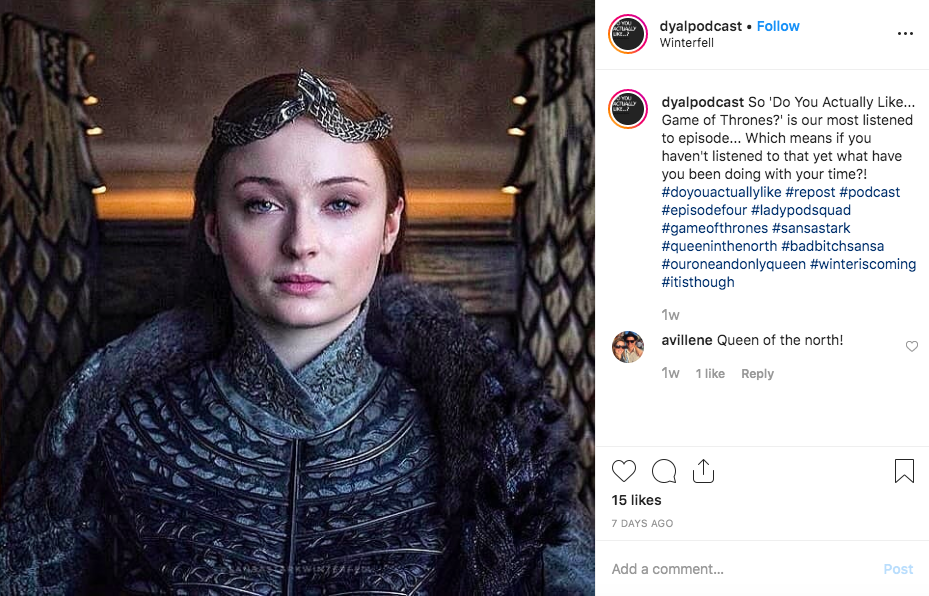 “Game of Thrones” finally came to an end in 2019, and if your office really goes all-out with Halloween costumes, the epic gown-fur stole-silver crown look worn by Queen in the North Sansa Stark (Sophie Turner) in the finale is a great way to honor the show one last time this Halloween. 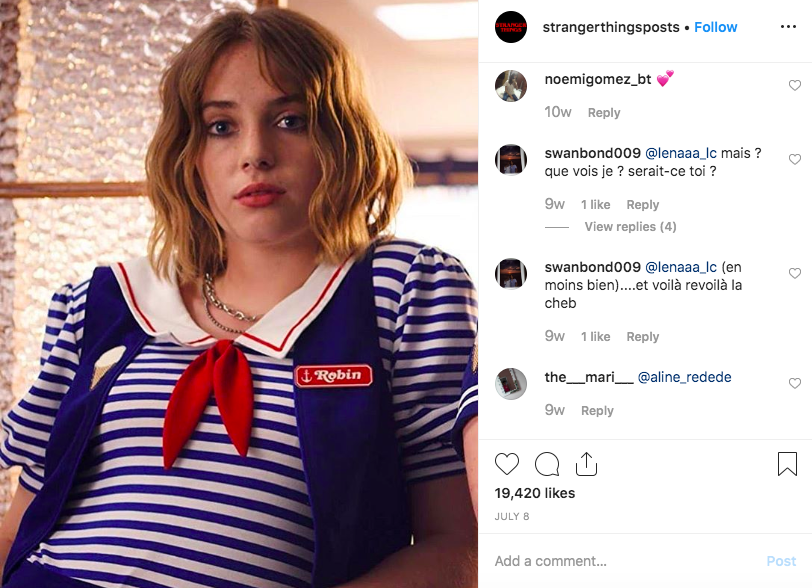 One of the most notable aspects of “Stranger Things”: Season 2 was the introduction of Robin (Maya Hawke), a new member of this nostalgic sci-fi hit’s kid crew. Robin’s iconic “Scoops Ahoy” ice-cream shop uniform includes a striped tee, a collared shirt with a red cravat, a blue vest, and a sailor hat. Easy and workplace-ready.

A cult hit on Netflix since its 2019 appearance on the platform, “Derry Girls” features a group of Irish teens who attend Catholic school, and who dress in classic plaid skirts and cardigans, making this an easy costume to replicate. 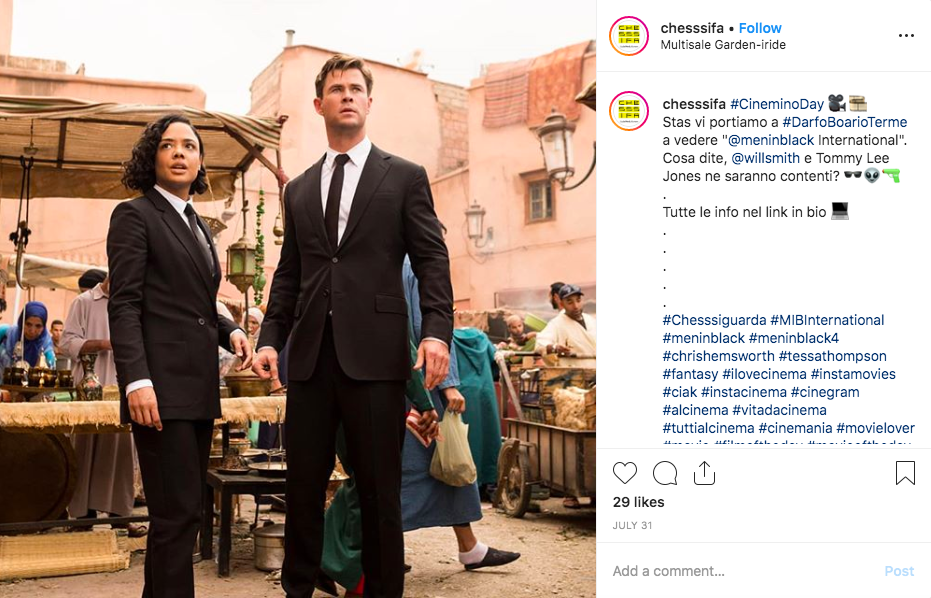 2019’s “Men in Black” revamp starred Tessa Thompson as one of the extraterrestrial-fighting agents, and her costume - a sleek black suit and a pair of sunglasses - couldn’t be simpler to put together for your office Halloween party.

7. Janet from “The Good Place” 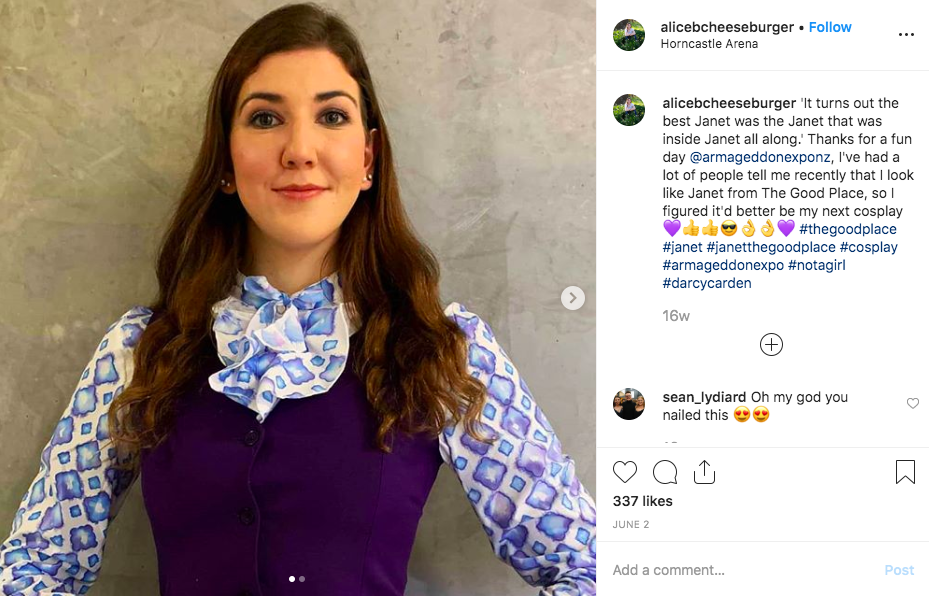 NBC’s “The Good Place” premiered its final season this fall, and no character wears a more recognizable outfit (or a more office-appropriate one) than heavenly know-it-all Janet (D’Arcy Carden). One Instagrammer already posted a photo of herself in a lookalike Janet outfit, proving how perfect it is for a low-maintenance Halloween costume.

8. The Dopplegangers from “Us” 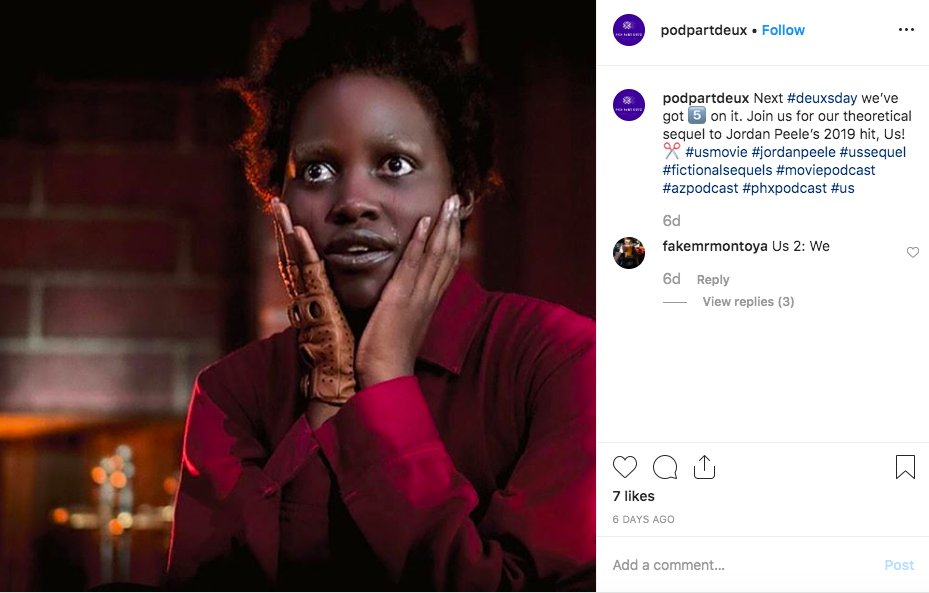 Jordan Peele’s chilling “Us” made waves at the box office this year, and the “Doppleganger” character played by Lupita N’yongo has a simple but instantly-recognizable aesthetic: all-red separates including a high-necked top, brown leather fingerless gloves, and a pair of old-school scissors. 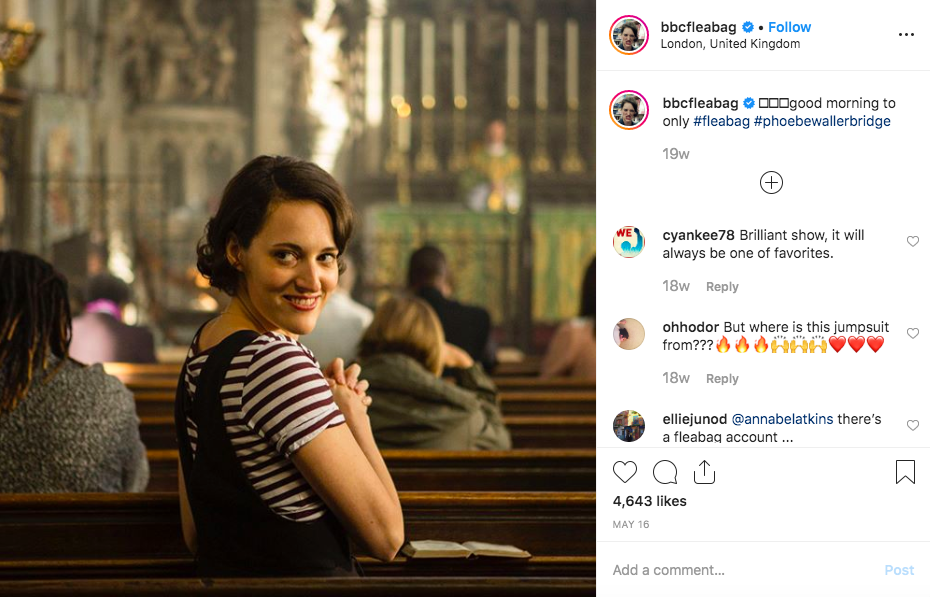 Creator/star Phoebe Waller-Bridge just scooped up the Best Actress in a Comedy Emmy for her portrayal of “Fleabag”’s title character, so this Halloween is an especially prime time to grab a striped tee, a sleeveless black jumpsuit, and a brown wig for an on-point Fleabag costume.

10. A Handmaid from “The Handmaid’s Tale” 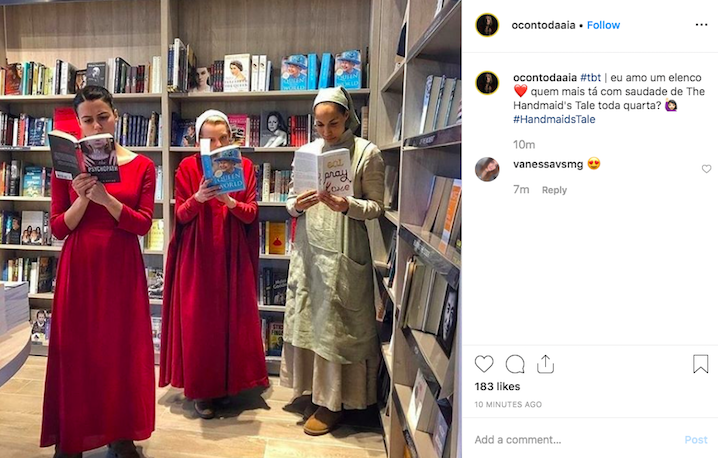 The red-robed Handmaids of Hulu’s critically-acclaimed series have been Halloween costume fodder for a couple of years now... but since “The Handmaid’s Tale”’s third season aired in 2019, it’s still a relevant move.

11. Sabrina Spellman from “The Chilling Adventures of Sabrina” 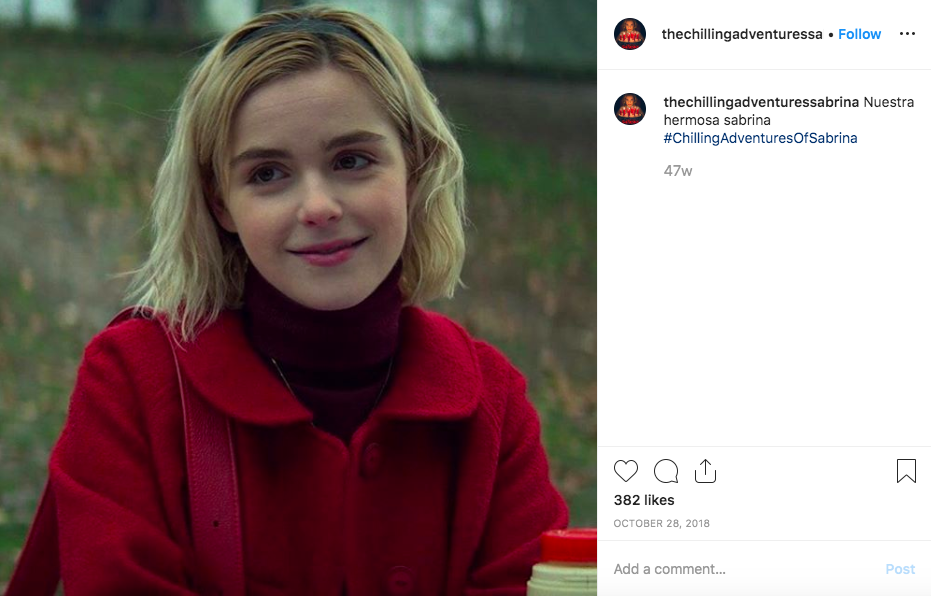 Kiernan Shipka brought charm and enviable style to her performance as Sabrina Spellman on this popular Netflix reboot, and the character’s penchant for collared shirts, A-line skirts, and wide black headbands renders her a great candidate for a work Halloween costume.

This one will depend a lot on your office culture, but if you work in a creative field and a workplace that appreciates colorful and quirky Halloween getups, then teen vlogger Jojo Siwa is a strong source of inspiration, thanks to her rainbow-hued (but conservatively-cut) ensembles and her high blonde ponytail.

Lifestyle expert and organizational guru Marie Kondo entered the mainstream pop-culture sphere in 2019 with the debut of her Netflix series, and if you have a black wig with bangs (or if you personally have black hair and bangs!), a crisp white top, and a copy of “The Life-Changing Magic of Tidying Up,” then you’ve got yourself a Marie Kondo costume. 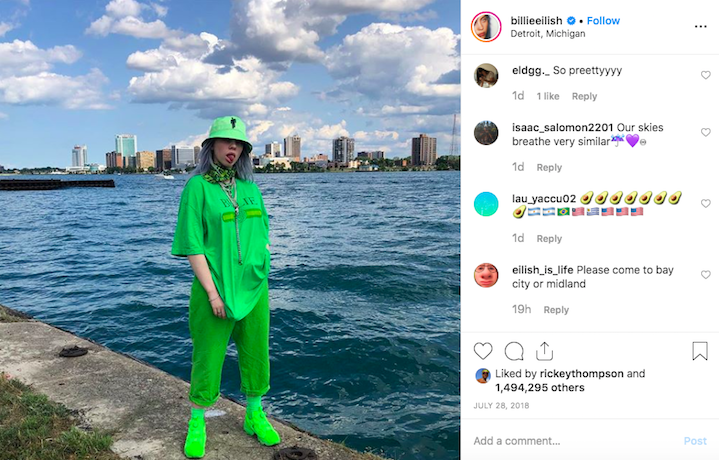 As with Jojo Siwa, the appropriateness of a Billie Eilish costume will depend substantially on your office norms. Working in your favor is the fact that this pop star generally opts for long pants, sweatshirts, and puffer coats as her on-stage wardrobe, so if your office is cool with neon hues and a pastel wig, then you’re good to go! 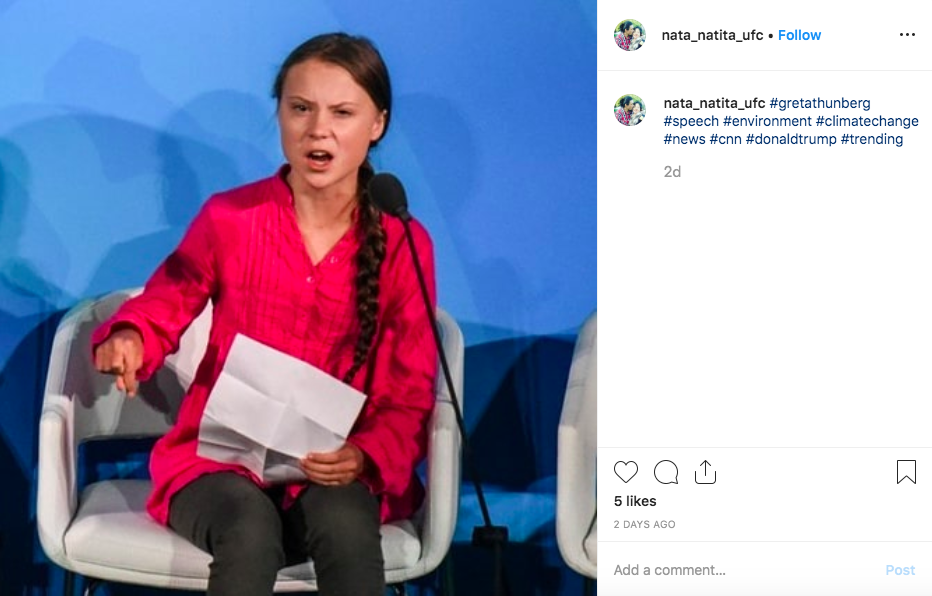 Swedish climate activist Greta Thunberg became a newsworthy meme during the Climate Action Summit at the UN this week, when she spoke passionately about the changes that need to be made in the way politicians handle environmental issues, and when she gave Donald Trump a truly-epic glare of contempt. To dress as this mega-impressive teen for Halloween, you’ll need a magenta blouse, a long braid over your shoulder, and a microphone.