This Is What Day Care Looks Like Around The World

Ever wondered what childcare — more specifically, daycare — looks like in other countries outside of the United States?

In 1971, Congress passed the Comprehensive Child Development Act, a universal child-care bill, with bipartisan support. The bill would have offered federally-funded high-quality and affordable childcare. Ultimately, President Richard Nixon nixed (pun intended) the bill. He argued it was a “radical” bill that would diminish parental involvement and that these daycare centers would be duplicative to the “many existing and growing Federal, State and local efforts to provide social, medical, nutritional and education services to the very young.” That was the last time a bill of this nature was anywhere close to being passed.

Why we need affordable and accessible childcare

While the federal government has failed to address the issue, there is still a great need for accessible daycare centers in our country. It's important to note that maternal employment is greatly impacted by the availability of affordable daycare centers. Studies from North America, Europe and Latin America show that childcare responsibilities restrict women’s participation in the workforce and demonstrate a strong negative association between childcare costs and maternal employment. As one example, there is an 80% maternal employment rate in France, where universal childcare is offered, versus 60% in the United States, where federally-funded childcare is not available. 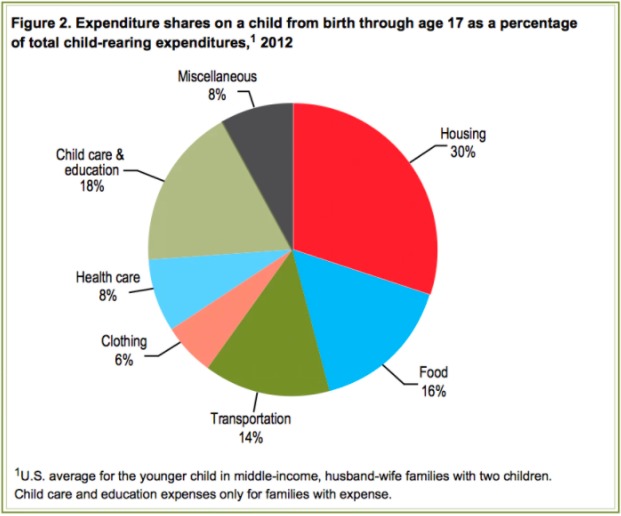 (Source: U.S. Department of Agriculture via the Washington Post)

Childcare examples around the world

While it is true that daycare centers differ around the world, the similarity in all countries is the need for them. To gain a better understanding of what daycare is like on a global scale, here's a brief look at this form of childcare in four countries:

Research from Care.com and the think tank New America, which was released in September 2016, found that the average cost of enrolling a child age four or younger full-time at a childcare center in America is $9,589 per year. That is more expensive than the average cost of in-state college tuition.

Aside from high costs, availability of daycare centers is also an issue. According to a report by the Center for American Progress, 42% of American children under five years of age live in areas where there is a scarce supply of childcare centers.

There are more than 2,700 "informal" daycare centers operating in Kenya, but they are largely unregistered. The World Policy Journal offers us an inside look at one of Kenya's home-based daycare centers. The daycare is located in a woman’s home, which is a mud shack. Upward of two dozen children attend the daycare center. The smell of urine and feces is pungent throughout. This daycare center, and others like it, is the community’s solution to the childcare problem that has not been addressed by Kenyan government.

In France, the government provides inexpensive municipal daycare, tax breaks for families employing in-home childcare workers and universal free preschool beginning at age three. Crèches (government-run daycare centers) are open from 7:30 a.m. to 7 or 8 p.m. and the sliding scale hourly rate cost is based on income level. Because the centers are government-run, they must follow high government standards: At least 50% of crèche workers are required to have a specialized diploma in early childcare and education, and a pediatrician and a child psychologist are on staff or on call at each center.

In Japan, the search for a daycare center is named hokatsu. The process involves a point system in which parents seeking certified centers are ranked by criteria, including their employment and marital status, health and income. Though Japan’s population has declined, the number of children on waiting lists has shown no sign of decline over the years, due mostly to the rise in working parents caused by decades of economic disorder. In April 2018, the waiting list finally dipped below 20,000 children for the first time in 10 years

3 Comments
Browse recent articles
Are You Feeling Unheard on Slack? Here are 5 Ways to Amplify Your Voice
2 Leaders Share How They’ve Progressed Their Careers as Women in Tech
How to Unleash Your Superpower by Embracing Your Authentic Leadership Style
4 Ways to Work Through Guilt About Leaving a Role — According to a Career Strategist
3 Reasons Why Women Are Losing Out on Promotions During the Pandemic
A Tech Leader’s Top 4 Tips for Inspiring Remote Teams
See more
Achieve your career goals.
Be part of the largest online career community for women to find jobs, advice, and support — for free.