How I Talk With Men About Women's Leadership

From the beginning of this journey, it has been clear to me that if I wanted to affect change in how we perceive women in leadership roles and give them the opportunity to thrive, I couldn't just limit myself to empowering women (many of which don't even need my help in getting empowered). Culture change comes from the top and with 80% of executive seats in most big companies being occupied by men, I had to find ways to engage them as well. Last week I finally had the opportunity to speak about women's leadership to a mostly male, fairly senior group of alumni of the Wharton School. I would like to share some lessons learned from preparing for this talk.

Knowing More About The Audience

After hundreds of conversations with both men and women, I found that normally people come to these events from different places, not only in terms of their awareness about the subtleties of the topic but also in terms of their biases and beliefs. These are often shaped by their early childhood experience (ex: being around strong female family members, having a working mother vs. not) or current life situations (ex: for men: having a stay-at-home vs. a career-focused spouse or daughter/s; for women: having built a successful career vs. having scaled back to take care of kids).

I like to administer a pre-event survey before my talks where I ask participants about their career aspirations and about the biggest barrier, in their opinions, to women's reaching leadership positions. Pre-survey data reveals the profile of the group and written responses serve as ideas for icebreakers.

Crafting the Tone of the Message

Much of the widespread discussion about women's leadership focuses on equality. While it's extremely relevant to our political debate, in a business context "Gender Equality" argument often loses its value. This approach does a disservice to the women by putting them in a victim's position and failing to recognize the unique value they bring to the work environment. It tries to appeal to men's guilt / paternalistic instincts. This may work with some men (and women), but it alienates others, especially in a business world which is so focused on results.

The message I chose instead was a message of inspiration and value-creation. It focused on the need for balance in masculine and feminine qualities in a modern organization, on the managerial skills that women bring to the table, and on breaking down some of the myths about what modern women want from their careers (which is not very different from what the men want). Plus, it helped to remind folks that with women representing 60% of university graduates and making 70-85% of purchasing decisions, there's a huge talent pool that our companies are not taking full advantage of.

A Leanin.org and McKinsey study with 30,000 employees across 118 companies found that 88% of men think that women have the same opportunities as men to advance in the workplace (while only 56% of women think so). How can we start moving the needle if most leaders aren't aware that the problem even exists?

Research data from reputable sources is a very effective way to start addressing people's individual assumptions. It's always good to start with the leadership pipeline graph for S&P 500 companies and work with the audience to explore the different dimensions behind the data, like what levels of the organization to focus on, and what may be the challenges for each level. 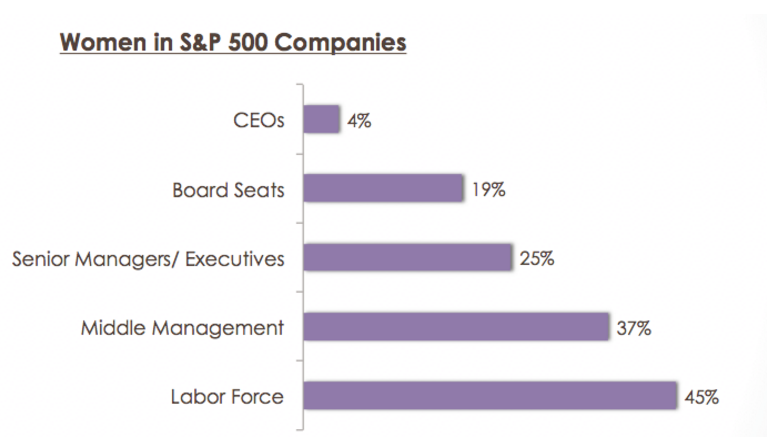 
Comparing and contrasting different industries and countries shows how these numbers may vary based on different factors. 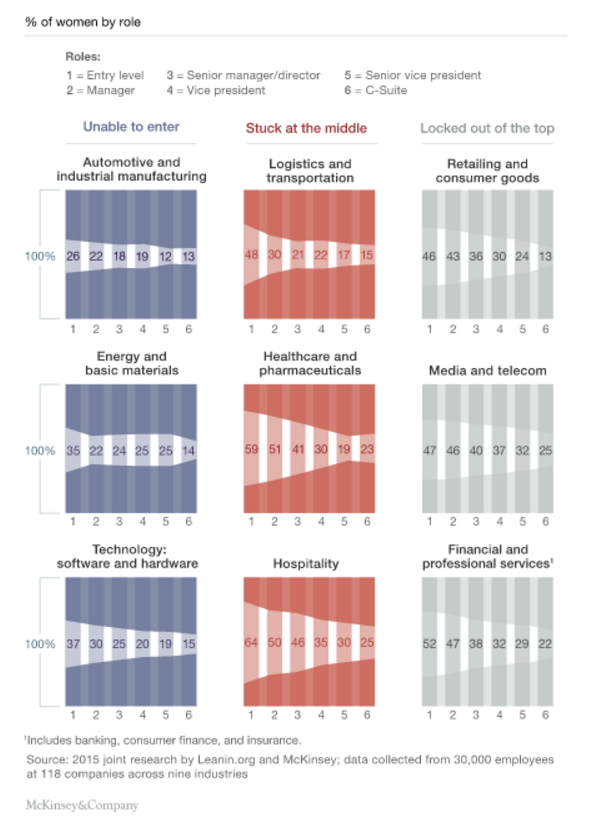 But at the End of the Day, People Want to Have a Good Time

Data alone can be very dry and boring so I like to spice it up with stories about my experiences in different companies and countries. Moreover, it's useful to add barrier-breaking stories about other female leaders, which isn't only engaging but also personifies the problem; it makes people relate emotionally.

Finally, interactive media and humor (like the kind in this video) are also very good tools for dealing with some more contentious issues like unconscious bias, without finger-pointing or alienating men from the discussion.

Both male and female executives are becoming more aware of the gender gap in leadership and are joining the discussion. On the other hand, there is a lot of information and may be some misguided initiatives out there. The best solutions are those that recognize the variables and context of a problem. I am always excited to have the chance to influence change by helping leaders understand the structural and individual barriers to women's leadership and develop actions that are relevant to their industries and companies.

Miriam Grobman Consulting works with organizations that want to advance more talented women into leadership roles by breaking cultural barriers and giving them the right skills to be successful. Contact us if you'd like to discuss the right strategy for your organization or would like to invite her to speak on women’s leadership or organizational culture change.