Last night, Hillary Clinton announced that she had clinched the Democratic party's nomination, making her the first female nominee of a major political party in the United States. In a speech citing historic significance, Clinton said "We are all standing under a glass ceiling right now."

While the official nomination by the Democratic party will not be made until later this summer, Clinton has surpassed the number of delegates needed to secure the party's nomination, something she did not do when she ran against Barack Obama for the Presidency in 2008.

If Clinton is elected, she will be the first woman in the country's history of 44 male Presidents. In other branches of U.S. government, women are also under-represented. Three are 103 women in Congress (less than 20% of the total) and 3 female Supreme Court Justices (1/3 of the total).

Many argue that having gender-balanced representation in our country's leadership may help improve the rights of half the country's population. Last year, a delegation from the United Nations concluded that gender equality in the United States lagged behind other countries. The lack of legally mandated paid maternity leave was one of the ways the U.S. compares poorly to other developed nations. Whatever your politics, this is a historic and important step towards gender equality in American politics. Gender is sure to play out as a big topic in the run-up to the Presidential elections but of course it is by no means any guarantee of getting any particular woman's vote (nor should it be the only issue that matters).

Whether women support Hillary Clinton or Donald Trump (the presumptive Republican nominee), depends on many different things. We recently investigated the relationship between women's experiences with gender equality in the workplace and their support for the political candidates.

We did this through a small survey (read: not anything resembling a nationally representative political poll) of women in the workforce to understand whether there was any relationship between a woman’s experiences with gender inequality at work and their likelihood to vote for Trump versus Clinton.

We first asked women two basic questions: (1) “Do you think men and women are paid equally at your employer” and (2) “Do you think men and women are promoted equally at your employer.” We then filtered their answers to compare them with subsequent questions about their likelihood to vote for Clinton and Trump. What we found is that a woman’s experience with gender equality in the workplace seemed to have no correlation with which candidate they favored for the Presidency. You might think that women who experienced gender inequality at work would be more inclined to support Clinton, who would be making history as the ultimate breaker of political glass ceilings if she were to win the election this fall. However, it didn’t appear to be the case that personal experiences with gender issues in the workplace were related to the way these women were inclined to vote.

What did correlate with a working women’s future vote was her household income levels. Those women whose household incomes were over $100,000/year in salary were more likely to say they would vote for Clinton, while those who were inclined to vote for Trump seemed to skew demographically in the following way: married with children, with household incomes under $100,000. 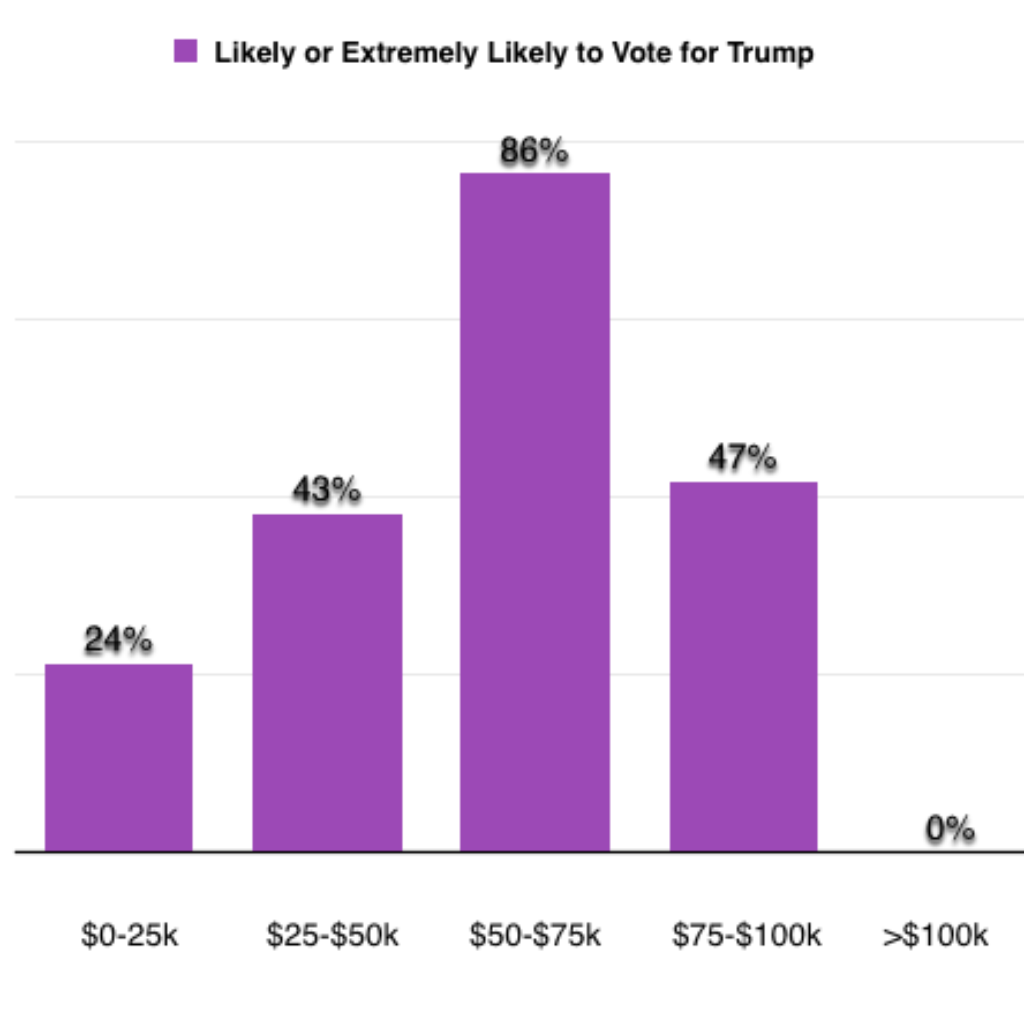 Fairygodboss survey of women in the workplace: How likely are you to vote for Trump? 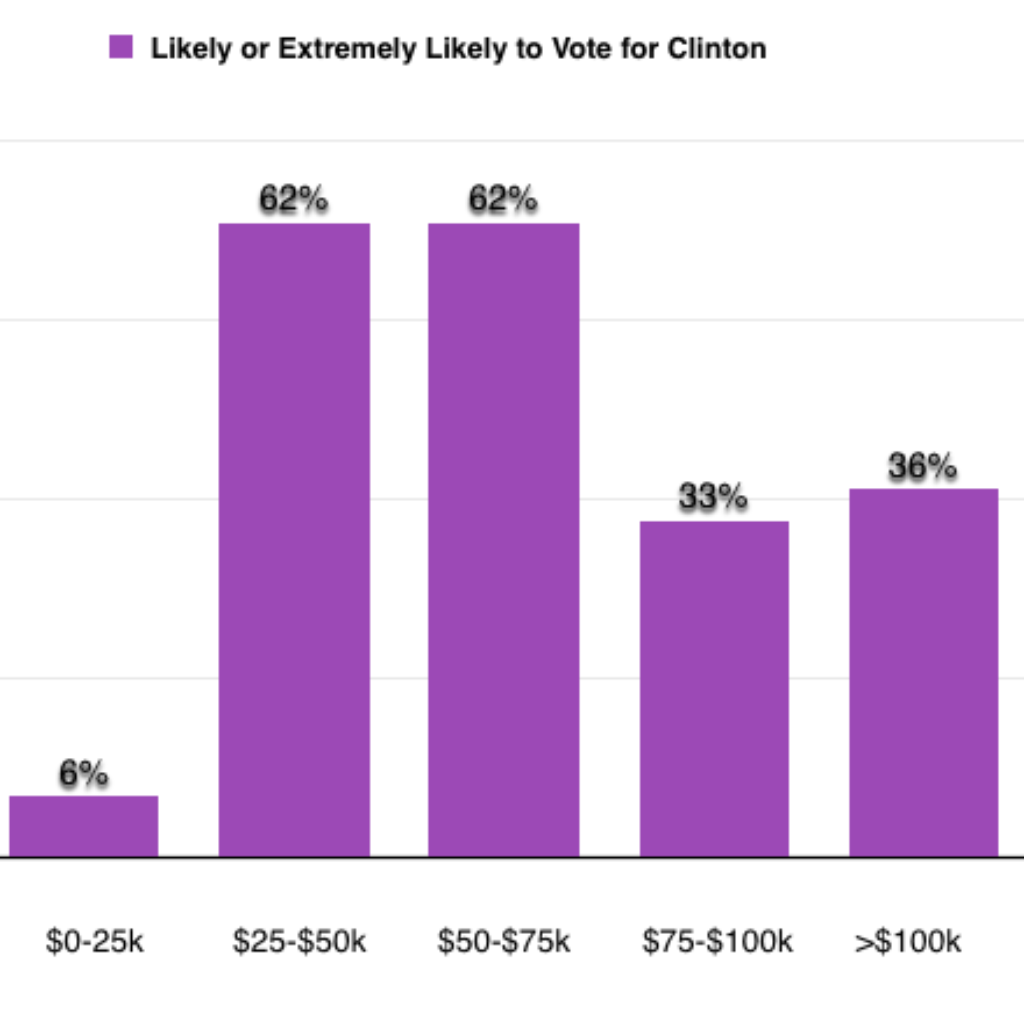 Fairygodboss survey of women in the workplace: How likely are you to vote for Clinton?

The take-away? Whether your manager is a man or a woman, don’t make assumptions about how your boss or CEO will vote in the coming election. At the very least it’s going to be hard to predict their preferences based on their experiences and opinions about gender equality in the workplace.

Do you have any thoughts about gender in this election season? If so, share your opinions with other women in our community.