Kicking off a staff meeting with creative ice breakers and team building activities does more than, well, break the ice. It can be inclusive for new team members, offer a bit of levity before a tense meeting, help coworkers to see each other as something other than just people who share the same office space, and is generally fun (if not taken too seriously). Remember, colleagues who laugh together, work better together. Ice breakers may even give you better insight into the office hermit, or a more nuanced understanding of your boss. The trick is finding inventive conversation starters that serve the team leader’s mission, yet don’t take too much time away from the meeting itself.

Need a good meeting icebreaker or two for your next conference room shindig? Here are some suggestions:

These simple questions will take up less time than a full-on ice breaker game, especially if you've got a lot of people to go through. But they will still offer an amusing peak into your colleagues palate:

Making small talk isn't always easy. But a bit of sharing isn’t a bad thing, provided it doesn’t get out of hand. If you have a decent amount of people, but not too many that it'll take up too much time, these are good questions to break the ice. These ice breaker questions may help you see your coworkers as actual human beings (and isn’t that the goal of team building?):

These ice breaker questions are conversation starters that may tell you a little more about your coworker than you wanted to know. Or, perhaps these icebreakers will give you some great insight into who you cube-dwell with. You may even have an ah-ha moment or two. They're great for smaller groups who work a lot together and really should get to know each other well.

We’d suggest employing these more personal questions only if your office has a particularly share-friendly culture. They're great for really intimate groups who work together on pretty much everything and should know eachother inside and out. Otherwise, there’s a good chance you could generate a few raised eyebrows with these.

These breakers are just pure fun. They may work to lighten the mood and break tension before an important meeting. A slightly obvious, but important, reminder: you should be laughing with your colleagues, not at them. Play nice, people!

Now that we’ve gone over some different kinds of icebreaker questions you can use for kicking meetings off, let’s take it the next level of true team building fun: ice breaker games!

You’ll need to divvy up your colleagues into groups for these; how many to a group is dependent on the size of your office, of course, but anywhere from 5-10 people in each group is suggested. The point of an ice breaker activity is to generate intimacy and camaraderie, and this is more easily done in smaller, more manageable groups.

Here are some funny conversation starters in the form of games.

This game, played in groups, is all about determining which group has the most things in common. Obvious, banal things — like body parts and gender, for instance — aren’t allowed. Each team will have to get creative, and get to talking, to learn 10 things all participants share in common before the other teams do (or before the clock runs out). At the end of game, each team will reveal their commonalities to the larger group.

2. Which Would You Rather

Have each group sit in a circle, identify a point person within each group, and hand that person a list of the following “Which Would You Rather” icebreaker questions (plus some of your own, too). For the next 10 or so minutes, let them take it from there!

In this ice breaker activity, participants have to not only divulge their secret talent, but demonstrate it, too, in a 30-second, speed-round talent show. Not only is it simple and a great icebreaker, but it’s bound to bring out the humor of those on your team, too.

Get some post-it notes, and have each person in the group write down one thing they’ve done in life that most people wouldn’t necessarily guess. Then, put the paper in a hat and shuffle it up. Pass the hat around, have each person draw a post-it note and try to guess which group member did that thing (is the title of this ice-breaker game making more sense now?). Let the revelatory conversation begin!

For this fun icebreaker game, you’ll need a big bowl of multi-colored M&M’s. Assign any one of the aforementioned questions to a particular color (it’ll probably help if you write down the question-color correlations for everyone to see, too). Then, go around in a circle and have people draw out their candy/question. Hopefully there aren’t any major germaphobes in your office — though if there are, that could also serve as an ice breaker too, in a way!

All of these should certainly work as meeting icebreakers, but they have to be used wisely and in a controlled way — there shouldn’t be any crying involved with ice breakers. But a few laughs, some clues into your boss and coworkers’ psyches, and a little fun can be just the ticket to instant team building and a better, more collaborative staff meeting. And afterward, it might make life a little better back at the cube-farm, as well! 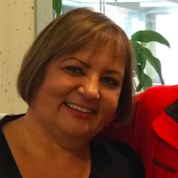 Donna is a freelance writer with a particular interest in the issues, struggles, loves, and dreams of women. She writes all about it on her blog, alovelyinconsequence.blogspot.com.

3 Comments
Browse recent articles
How to Best Respond to Situations of Ageism in the Workplace — According to an Executive Coach
The Importance of Personality Over Skill When Growing a Team — Lessons From a Director
‘I Love My Job’: At My Company, Opportunity Grows Every Day — From a Preschool Teacher
What If Climbing the Corporate Ladder Isn't the Answer?
I'm a Career Coach — Here are 10 Ways to Cope with Interview Nerves
I Pivoted From a High School Teacher to a Director of Innovation and Architecture: Here’s How!
See more
Achieve your career goals.
Be part of the largest online career community for women to find jobs, advice, and support — for free.