How to Spot and Shut Down Microaggressions in the Workplace

If you're tired of constant slights and snubs in your workplace, you could be dealing with microaggressions from colleagues. Company culture starts at the top and is reinforced by managers, which means that toxic work cultures breed an environment of generally offensive behavior, including harassment and intimidation.

What Is a Microaggression?

Microaggressions are verbal, nonverbal, and environmental insults. Whether intentional or unintentional, they communicate hostile, derogatory, or negative messages to target people based solely on their marginalized group membership. Microaggressions are typically discussed from the viewpoint of race and racism, but any marginalized group can become a target. These insults are a form of bigotry and can target women, people of color, those with disabilities, LGBTQ individuals, religious groups, and other minorities. Women endure quite a bit of this toxicity.

Microaggressions contribute to negative working conditions. So, aside from leaving your job, what are some other ways you can deal with microaggressions in the workplace? Let’s start by discussing how you can recognize them.

The best way to be able to recognize a microaggression is through some themes and examples. Below are 16 examples of microaggressions that can occur in the workplace.

1. Targeting a coworker or manager who looks different

A microaggression can be made when someone isn’t of the same race or ethnicity of another. Racial microaggressions are among some of the most damaging because they create a hostile and invalidating climate for individuals of color, drains their motivation and energy, and can result in depression, anger, hostility, frustration, rage, loss of self-esteem, anxiety, and more. To shut this down, you can report it or carefully confront the aggressor, asking what made her say such a thing.

2. The ascription to one’s intelligence

Another type of microaggression can be made towards someone’s intelligence. This also invalidates an individual, drains their motivation, and results in emotional and psychological damage.

A third example of a microaggression is denying an individual of color her racial and ethnic experiences. It is a mistake to assume that just because someone is from a specific ethnic background, she has specific characteristics. This can harm an employee’s identity by devaluing their identity and perpetuating stereotypes.

4. An Assumption of Criminal Status

People may assume someone is a criminal just by the way she looks and suggest that she's not qualified for her job, contributing to the fear of mistrust.

Assuming that older employees may not be as good at technology as someone younger is discrimination and ageism because age has absolutely nothing to do with technical skills or aptitude.

6. Men Ignoring or Talking Over Women

Well, ladies, unfortunately, we have all dealt with this one. Some men have the tendency to talk over us in a meeting or in conversation in the workplace and it harms our confidence and decreases the likelihood that we will continue to speak up.

An industry lacks diversity of any kind, including gender, race, ethnicity, and sexual orientation. It is difficult to be comfortable in a workplace that lacks representation.

Sexism in the workplace doesn’t necessarily need to be male-female. Making sexist comments is not only unacceptable but also has a strong effect on office work culture and one’s mental health.

This microaggression is when a male coworker condescendingly tries to explain a concept about which you didn't ask and may know more than him to you. It’s downright insulting because you didn't ask for this information and are probably more knowledgeable about the topic than he is. It’s also sexist.

Have you ever been asked to take notes, make coffee, or run errands? Unless that’s it in your job description, you’re only being asked because you’re female.

It doesn’t matter how progressive or family-friendly your company is; comments related to pregnancy are a passive-aggressive indictment of pregnancy.

12. Telling a Woman to Smile More

This reinforces the idea that women should always be grateful, happy, pleasant, and receptive. No one should be telling you what to feel or how to express it.

13. Telling a Woman to Use a Different Tone of Voice

Woman are constantly policed for their tone of voice, whether it sounds too Valley Girl, too shrill, or what have you. It is directly correlated with female assertiveness.

Being criticized too much leads you into the land of over-apologizing to avoid further microaggressions and criticisms.

A coworker invalidating your feelings as a hormonal surge is extremely frustrating and causes additional stress because your feelings shouldn’t be written off in such an unprofessional manner.

16. Telling a Female Coworker How to Dress and/or Wear Her Hair

This also is a subtle form of harassment because you’re telling a female what to do with her body. Unfortunately, some men don’t know the difference between telling a male coworker to put on a tie and telling a female one to wear her hair or clothes differently. (If there is a dress code in the office that any worker is not upholding, you may, of course, remind her of it politely.)

Shutting a Microaggression in the Workplace

The best way to shut down microaggression in the workplace is not to respond with rage. Instead, try these four strategies.

It is important to understand that you do not have to react right away. Take a step back and try to understand why it happened and use empathy.

Help the instigator understand how the slight or insult made you feel. This will not work each time because the aggressor may believe that they are right or cannot see why it is an issue. The goal is to have a productive conversation and not to get defensive or engage in an argument. Remember, this will only continue to hurt others in the workplace.

As soon as we hear something offensive, we are quick to judge the character of the other person. It is important to test this assumption. However, since workplaces do require respect, if this person becomes a repeat offender, I do advise reporting it so it can be handled properly and not become a constant point of contention or anger.

While it’s not your job to educate the whole world, we are enabling it by ignoring it.

Above all else, remember to approach it with a growth mindset and not a fixed one and it will be possible to change future interactions to more positive ones. 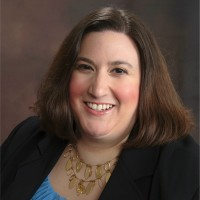 Valerie Martinelli, MPA, coaches mid-level and senior-level executives to land new roles, cultivate their careers, and earn a massive salary increase through 1:1 & group coaching & strategy.  She is  also a leadership coach for women and has helped women discover their leadership potential by reaching new levels of success in their careers.

32 Comments
Browse recent articles
Don’t Be Afraid to Live, Dream and Pivot Your Career, According to a Senior People Business Partner
3 Reasons To Ask For a Promotion Prior to Labor Day — And How to Go About Doing So
Introducing Our New Head of Recruitment Marketing and Customer Success — Gabi Carachilo!
How Embracing Challenges Leads to a Dynamic Journey With Multiple Careers
Considering a Career Change? Use This 3 Step Guide to Make Sure You're Ready
Advancing Quickly and Always Learning: Exploring My 6 Years of Growth at 1 Supportive Company
See more
Achieve your career goals.
Be part of the largest online career community for women to find jobs, advice, and support — for free.