“I’ve got every privilege you can imagine,” Brian O’Kelley, CEO and Co-Founder of AppNexus, told a crowd of (mostly) women at the AppNexus Women’s Leadership Forum on Thursday (Nov. 9) in Manhattan. “I went to Princeton and I’m tall. That’s, like, a 99% chance of success,” he joked. On a more serious note, he added, “I was raised by an amazing mother” — and then waved to his mom, who was sitting in the audience.

O’Kelley and the rest of the featured speakers — among them Reshma Saujani, Founder and CEO of Girls Who Code, and Alicia Glen, NYC’s Deputy Mayor for Housing and Economic Development — had gathered to speak to attendees about the key issues facing working women.

O’Kelley recalled a conversation he’d had that helped shape the way he thinks about diversity. He was speaking with a woman who was in the first Girls Who Code class in 2012 and now works at Tumblr. “I asked her why diversity and inclusion matters,” O’Kelley said. “She said, ‘Brian, it doesn’t really matter how great the fringe benefits are. If it’s not diverse and if it’s not inclusive of women, then I’m not going to take a job at that company. I need to see women being nurtured or I’m not going to work there.’”

Her words moved O’Kelley, who said he realized that diversity is not only the right thing to do — but it’s a “business imperative. To me, inclusion is a necessity,” he said, adding that while we talk a lot about diversity — which is something we can count and more easily measure — “the hard part has been inclusion. It’s a great competitive advantage if we can recruit women and nurture the careers of women.”

O’Kelley emphasized that men have a responsibility to proactively support diversity and inclusion initiatives.  “I have to acknowledge that there’s so much privilege built in to being me that I have to do everything possible to help others get the privileges I have.”

Wade Davis — a feminist, former NFL player, inclusion consultant, public speaker and writer, who also spoke on Thursday — agreed that engaging men is a crucial step in reaching gender equality. “Men have to give up the idea that ‘I’m a good guy.’ What are [they] actually doing to change the culture? Men have to understand that the corporate world was set up by men, for men. We have to educate ourselves about what your [women’s] lives in the corporate world are actually like. I’m complicit if I’m not doing the work to make your lives better,” he said. 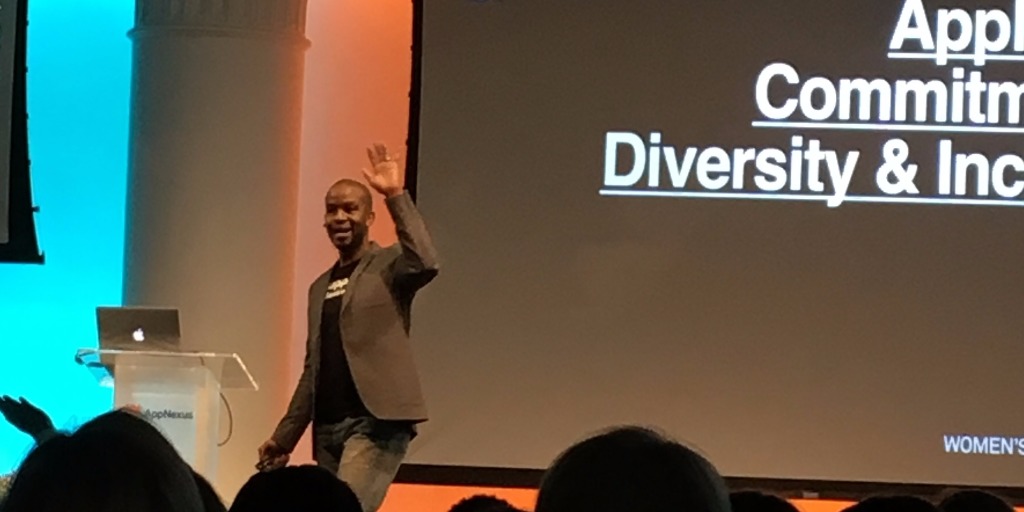 Like most who attended Thursday’s conference, Nithya Das, Chief Legal and People Officer of AppNexus, believes tech companies have a lot more work to do in becoming more supportive and inclusive of women. And while setting goals is an important first step, bringing those goals to fruition is easier said than done. “It requires intentionality,” she said. “It requires courage. You have to hire more women, sponsored more women. And not just women, mind you — but other represented groups as well.”

Das acknowledged that while it may be easy to announce a commitment, following through is certainly hard work — and it’s expensive. Still, she said, at AppNexus, the leadership team has focused on the fact that “the onus is on us to show [women] what they can be in order to join our company so that we can actually attract them. We have to change behaviors. We have to demand inclusive leadership.” 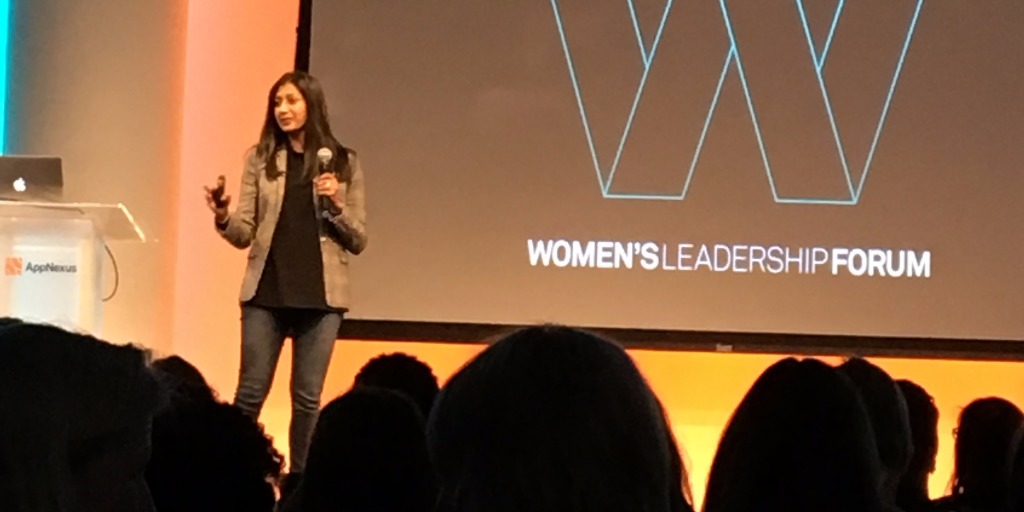 She told the crowd that a woman recently asked her for advice because she was having trouble convincing her CEO that diversity should be a priority. Das advised the woman to make a business case and advocate for herself. Later, Das thought to herself, “I gave her terrible advice. [I should have told her to] walk away. Don’t compromise yourself. That’s the way to change mindsets.”