All the Current Countries with Menstrual Leave

In 2017, Italy made headlines when it considered offering up to three days a month of paid leave— to women who experience extreme pain during their periods. Other major countries, including Japan, South Korea and Indonesia, already offer this benefit. The proposal did not pass.

I know that given our current political climate seems to be headed the way of The Handmaid’s Tale, paid menstrual leave seems like an impossible dream here in the United States. And beyond that, is it even a good idea?

What is menstrual leave?

Menstrual leave is a paid or unpaid absence due to a woman's inability to go to work because of painful menstruation.

According to the American Academy of Family Physicians, dysmenorrhea — extreme period pain — is a common experience. Nearly one in five women have pain so severe that it interferes with daily activities.  Since women made up 56.8% of the workforce in 2016 according to the Department of Labor, paid period leave is worth discussing.

Women must be paid out for unused menstruation leave.

Three days per month that are not counted against sick leave.

One day off per month.

Some countries offer unpaid menstrual leave or have other policies in place. For example, Japan requires employers to grant women days off for difficult menstruation but does not obligate them to pay workers for the absences.

The argument for menstrual leave

Women and the pain they uniquely experience are often dismissed and not taken seriously. Why do we as a society have such a hard time believing a woman when she says she’s in pain?

This may come as a newsflash to some, but women have periods. I know this is still a surprisingly uncomfortable and impolite topic of conversation, but it doesn’t change the fact that cis women’s bodies function differently than cis men’s bodies.  It's not like women enjoy or want to be in extreme pain every month; this isn't a choice.

Another newsflash: people have lives outside of work. Promoting safe and healthy practices that allow people to get the support they need to manage those lives yields a more productive workforce. When workers know they won’t be penalized for taking time off to address a health issue, it both enhances productivity and also reduces turnover, thus saving employers money.

Instating paid menstrual leave is not special treatment, it meets a basic need of many women — and it has the added bonus of recognizing and valuing women as human beings.

The argument against menstrual leave

There’s a worry that if women get paid menstrual leave, it will worsen the stereotypes women currently face in the workforce: that women workers are too emotional, too unreliable or too expensive for employers. All of these stereotypes conveniently serve to justify employers being less likely to hire women. Women are facing enough challenges in the workplace — why make it worse? Why make women “other”?

These fears and stereotypes are front and center in conversations about paid maternity leave, where some argue that women will always put families before their career. Backing up this argument up? The amount of time women take off for birth or adoption and the time women take off to respond to issues around raising children, like staying home to care for a sick child. (Because, how dare women expect to have children AND work).

Look — these are valid concerns. But I’m not convinced it’s reason enough to not have paid menstrual leave.

Yes, paid menstrual leave presents real implementation challenges. But it's 2019. Women are a part of the workplace. I think it’s about time we accept that.

Jennifer Koza is a social worker who believes support and empowerment are key to life - and has the data to back it up. By day, she is a research and evaluation analyst, committed to preventing violence against women and studying the value of work and workplaces. By night, she is a painter- or at least she tries to be when she's not catching up on t.v./movies (or re-watching The West Wing, Gilmore Girls or The Office). 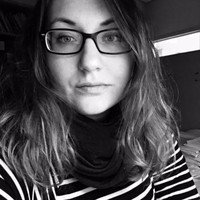 Jennifer Koza is a social worker specializing in program development. By day she is a research and evaluation analyst, committed to preventing violence against women and studying the value of work and workplaces. By night she is a painter — or at least she tries to be when she's not catching up on t.v./movies (or re-watching The West Wing, Gilmore Girls, or The Office).

3 Comments
Browse recent articles
How to Negotiate Work From Home Arrangements for You and Your Team
How I Found My Voice at a Place Where Talent Can Shine — From a Technical Consulting Manager
Ask Yourself These 5 Questions Before You Change Your Career Path
What is Re-Onboarding and is It Necessary in the Return to Work?
Here’s Your Daily Dose of Career Inspiration! 2 Wipro Women Share How They Grew Into Global Leaders
4 Phrases Confident Women Tell Themselves When They Don’t Get The Job They Dreamed Of
See more
Achieve your career goals.
Be part of the largest online career community for women to find jobs, advice, and support — for free.